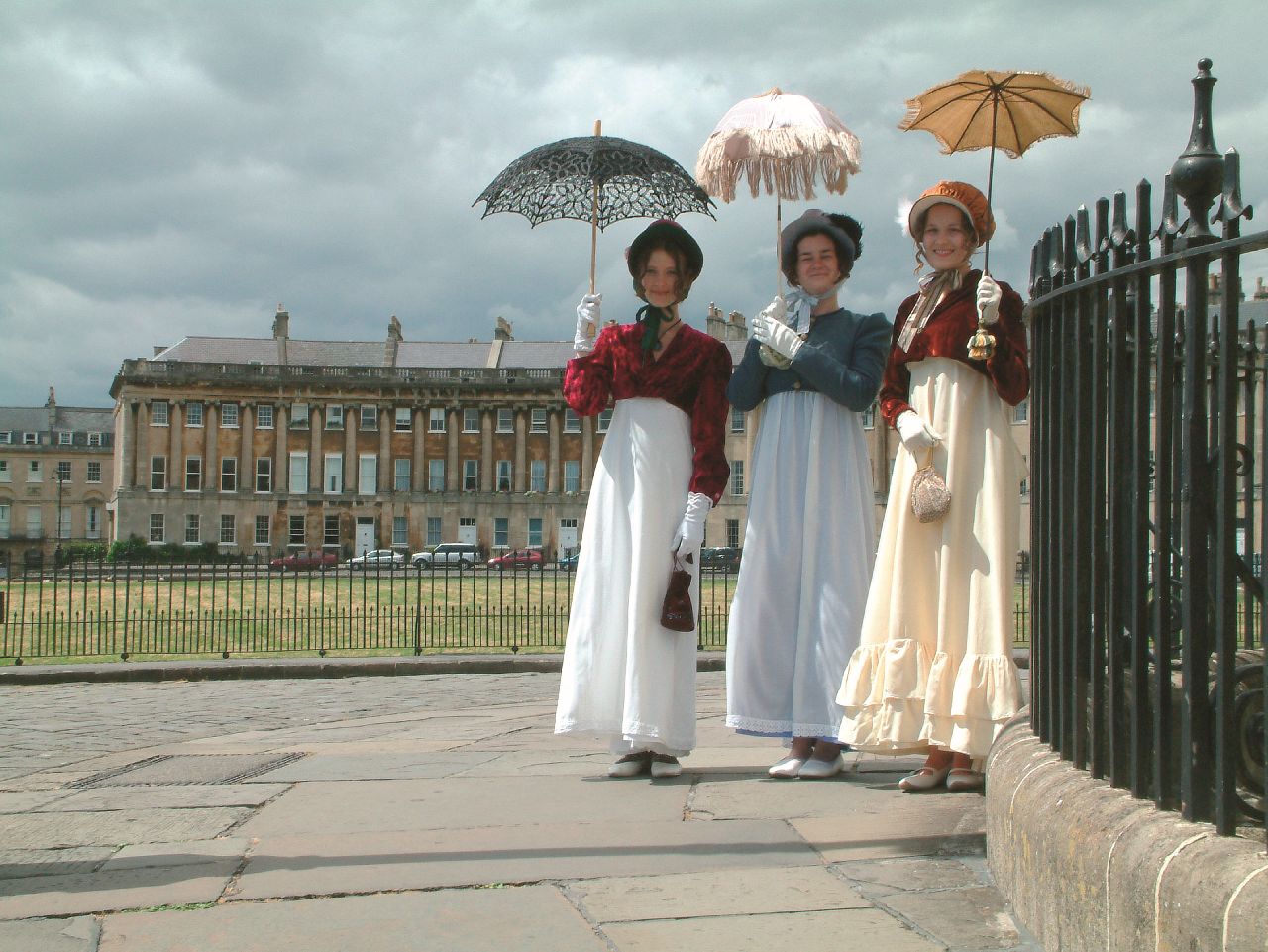 It’s the 200th anniversary of Jane Austen’s death and Britain is celebrating. Even the Bank of England has produced a new £10 note which features a portrait of this most prolific writer.

After all who has not heard of “Pride and Prejudice” and “Sense and Sensibility”. two of her all time greats that have inspired generations of readers and indeed TV viewers.

We suggest ways to follow in this great author’s footsteps.

Jane was born in Steventon in Hampshire. She is also buried in the county’s Winchester Cathedral. She did most of her writing in Hampshire and even penned her first novel, Sense and Sensibility, here. So, it makes sense that this county is the focal point for the Jane Austen 200 commemorations. 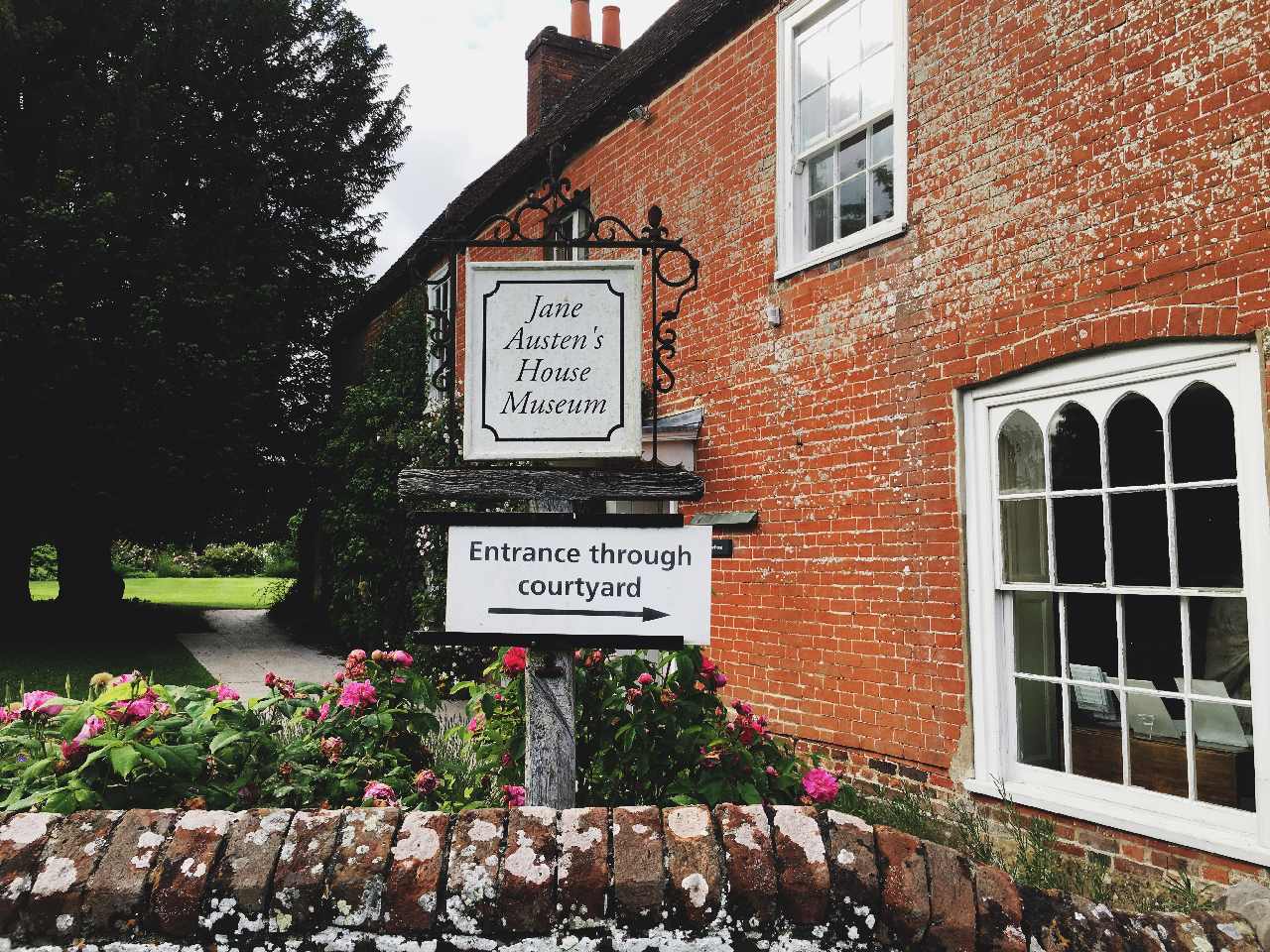 Start your trip at Jane Austen’s House Museum (her former home) and Chawton House Library in the village of Chawton, which is hosting changing exhibitions, talks, activities and other special celebrations up until December.

In the meantime, Winchester Cathedral is running “Tours and Tea” every month until November exploring Jane’s life and in Basingstoke. 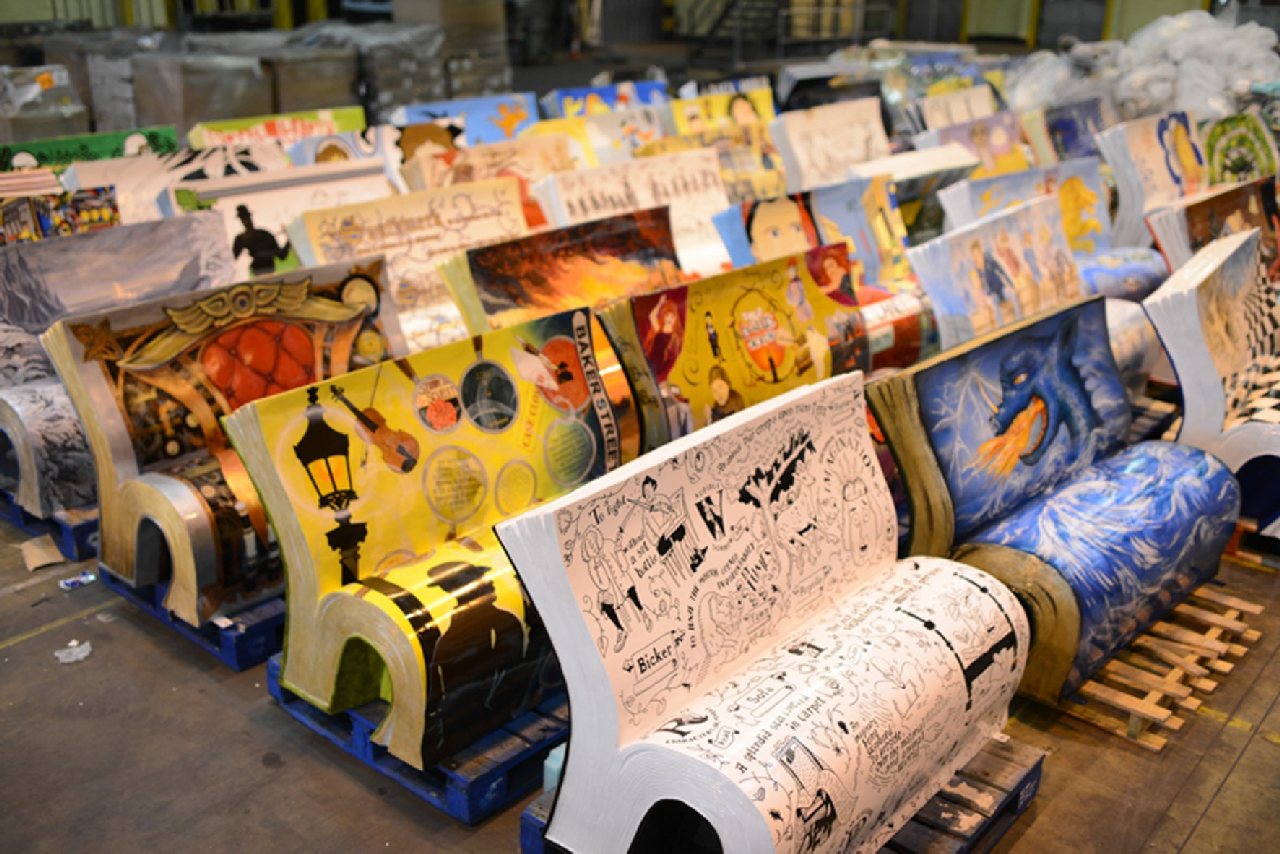 You can follow a downloadable sculpture trail called “< =”http://www.sittingwithjane.com/app/” target=”_blank” rel=”noopener”>Sitting with Jane” made up of 25 “BookBenches” until 31 August. Each bench is uniquely designed and painted by a professional artist with their personal interpretation of a Jane Austen theme.

The South West Spa city of Bath is a great place to get to know Jane Austen, where she lived between 1801 and 1806. The city’s perfectly preserved Georgian architecture remains unchanged from the streets depicted in Northanger Abbey and Persuasion.

Visitors can step back in time with a free downloadable audio walking tour of the city In the footsteps of Jane Austen, that includes extracts from her novels and letters, which brilliantly describe Bath as it would have been in its Georgian heyday. Be sure to stop off at the Jane Austen Centre, located in a Georgian town house just a few doors down from where she once lived and home to an exhibition of costumes, manuscripts, and film clips to bring the author’s world to life and explore the city’s influence on her work, as well as the all-important Regency Tea Rooms (£11 per adult and £5.50 per child).

And for true enthusiasts, visit between 8-17 September to join the largest gathering of Jane Austenenthusiasts at the Jane Austen Festival. Previous years have seen fans donning full regency garb at the Grand Regency Costumed Promenade, meeting their very own Mr Darcy at the Country Dance Ball, and dancing their sense and sensibilities away at the Regency Costumed Masked Ball. 2017 will see the 17th edition of the annual festival. Tickets on sale now. 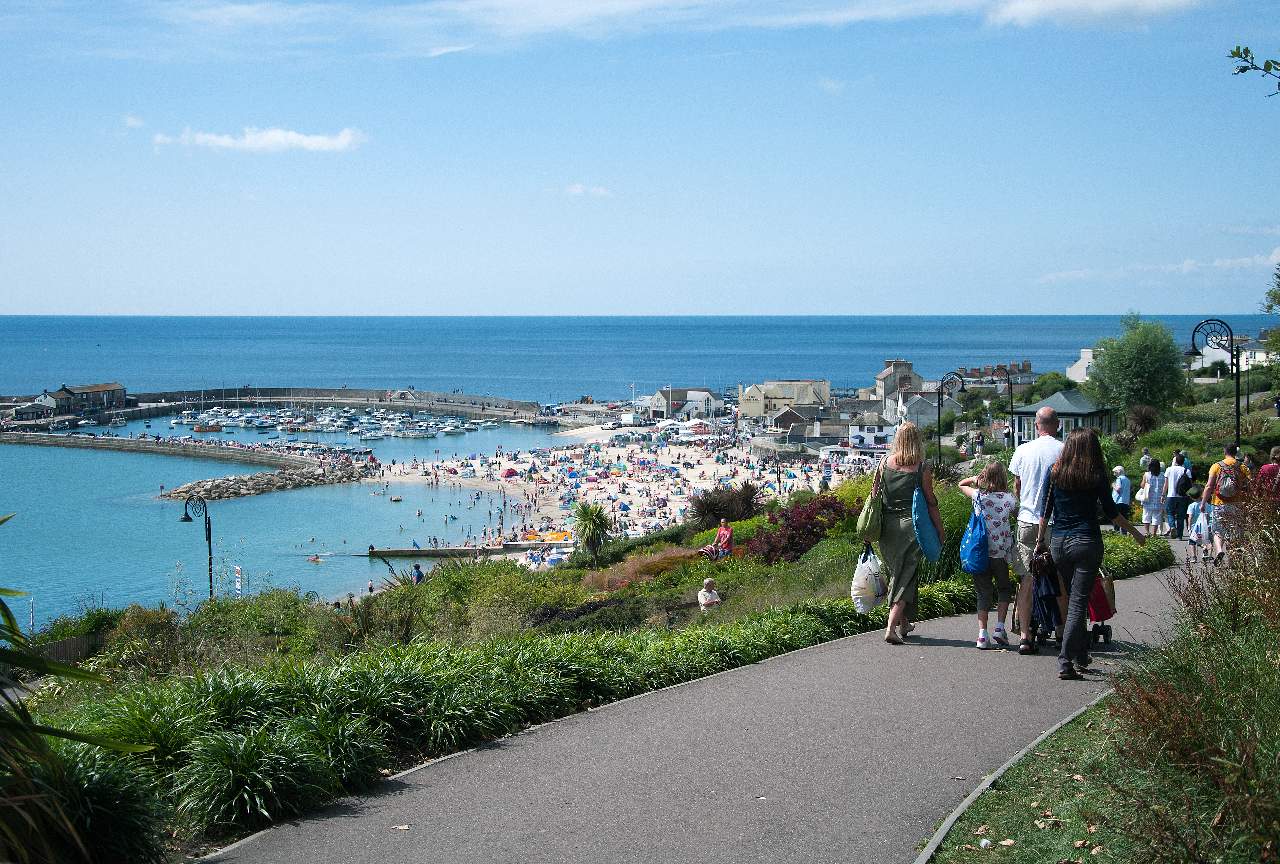 Jane is known to have visited and loved Lyme Regis. In her letters to her sister Cassandra she described walking on the Cobb and tellingly her last novel Persuasion was set in the Dorset seaside town.

It’s easy to explore the area especially with a guided tour with Literary Lyme who offers a several walking tours of Lyme Regis and the Jurassic Coast that follow in the footsteps of several authors who lived or visited Lyme Regis. In the mix is a visit to the Golden Cap, the highest point in Southern England, which features in a film adaptations of  Persuasion – 90 minute tours cost from £10 per person.

Jane Austen went to school at Abbey Gateway, Reading between 1785 and 1786. It was the only time in her life she lived away from home.

To get an insight explore the area on a Readipop Reading Literary Trail, a free walking tour developed by a group of young locals, as part of a heritage project called Reading on Tour to uncover Reading’s hidden history.

Film buffs may like to visit the 18th-century Palladian mansion of Basildon Park. It had two roles, one as Mr Bingley’s house, Netherfield and the other it was the dreamy location for Darcy and Elizabeth’s first meeting in the 2005 production of Pride and Prejudice starring Keira Knightley as Elizabeth Bennett and Matthew MacFadyen as Mr Darcy.

With both its impressive exterior and many of its indoor spaces featuring in the lavish production, Basildon is instantly recognisable to fans. Entry to Basildon Park costs £14 per adult; £7.50 per child.

Movie tours and your own Regency House party in Kent

The Austen family had many links to Kent and Jane’s father was born, attended school and later taught in Tonbridge where a Jane Austen Walk. The author travelled often within the region stopping off in Dartford and a regular guest at Godmersham Park near Ashford, where her brother Edward lived. 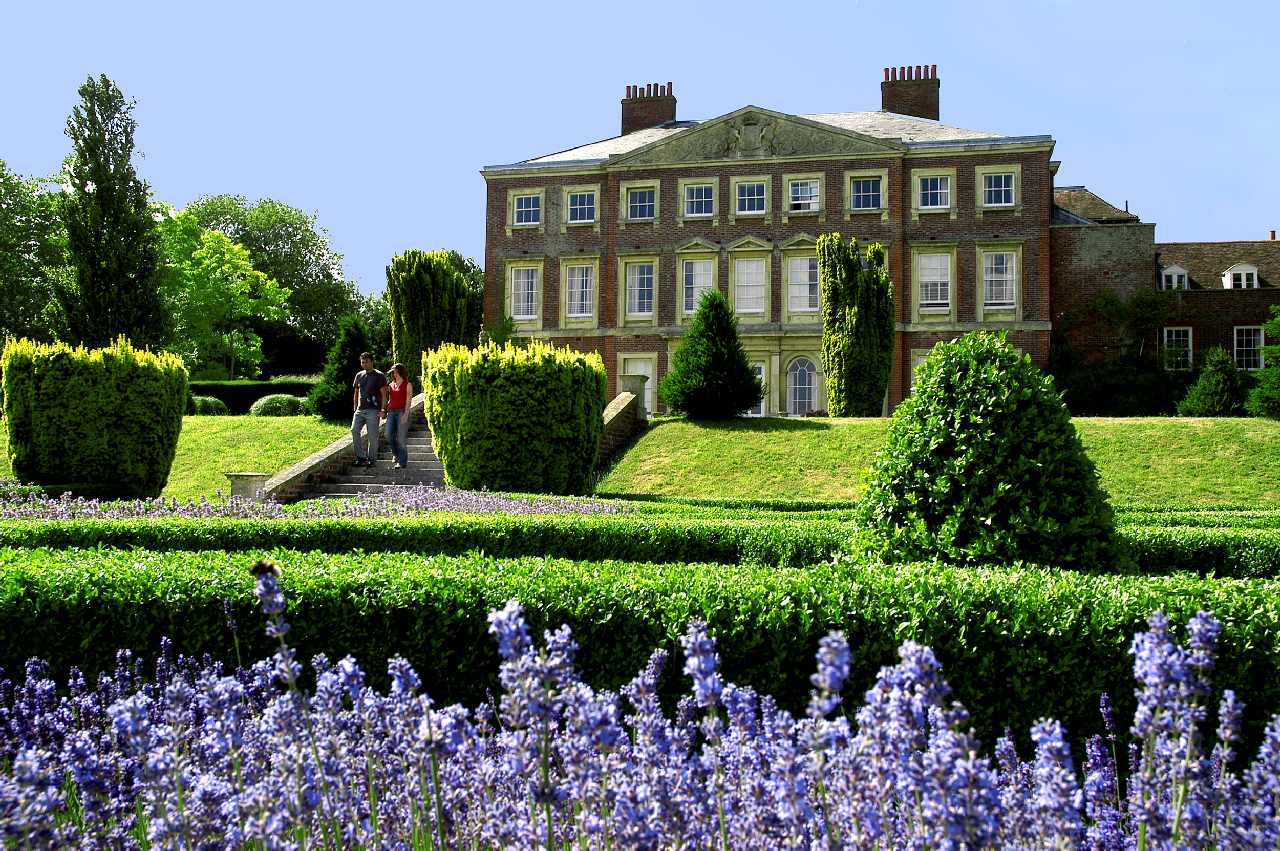 Jane and her family were regulat visitors to Goodnestone Park and gardens. Set amidst 14 acres of 18th century parkland, the house retains a lot of original features from Austen’s time taking guests back to the dinners and dances she would have attended there.

As well as being home to Austen’s heritage, Kent is home to a number of locations for well-known film and TV adaptations of her books.

The Keira Knightley big screen adaptation of Pride and Prejudice also found its home in Kent with Groombridge Place in Tunbridge Wells providing the perfect visualisation of the Bennet’s family home. Visitors can take in the gardens and enchanted forest year-round (from £10.95 per adult and £8.95 per child).

Jane Austen by the sea in East Sussex

The seaside town of Brighton makes an appearance in Pride and Prejudice as the place where the flirtatious Lydia Bennett flees with her roguish lover, George Wickham.

The author’s relationship with coastal resorts is explored in an exhibition “Jane Austen by the Sea” at The Royal Pavilion (until 8 January 2018) looking at life in Brighton during her time, to mark the bicentenary of her death.

It paints a picture of the fashionable watering hole in the early 1800s, when it was a thriving garrison town featured in Austen’s novels alongside other towns all along the south coast.

Curator Dr Alexandra Loske has gathered items including highlights such as King George IV’s personal, specially-bound copy of Emma at the Royal Pavilion for the first time, a mourning brooch containing a lock of Jane Austen’s hair, one of her music books, and important rare manuscripts and letters including unfinished novel, Sanditon, set in a seaside town in Sussex.

These sit alongside prints, paintings and caricatures of the resorts and fashions popular with coastal visitors in Austen’s lifetime, and original Regency costumes from Brighton & Hove’s own collection.

Quoted by Austen herself as there being ‘no finer county in England than Derbyshire’, it is fitting that the region has featured widely in Jane Austen adaptations.

Perhaps one of the most famous is Lyme Park, which included Colin Firth’s famous lake ‘Mr Darcy’ lake scene in the BBC’s adaptation of Pride and Prejudice. On the big screen, Chatsworth House was used as the location for Pemberley, the residence of Mr. Darcy in the filming of Pride and Prejudice in the 2005 Keira Knightley film adaptation of the book. It is believed that Jane Austen based her idea of Pemberley on Chatsworth House, as she wrote her novel while in nearby Bakewell (of cherry and almond tarts fame), which is considered to be the inspiration behind Lambton.

It is also believed that Jane Austen once stayed in local hotel The Rutland Arms whilst visiting the area and revising the final chapters of Pride and Prejudice. True fans can opt to stay in the Jane Austen Four Poster Room (from £157 per weekday night, or £195 on the weekend, including breakfast) and guests staying for three nights or more can receive free tickets to Haddon Hall, another location used in the film adaptation of Pride and Prejudice.
www.visitpeakdistrict.co.uk

Take a Pride and Prejudice tour through Wiltshire 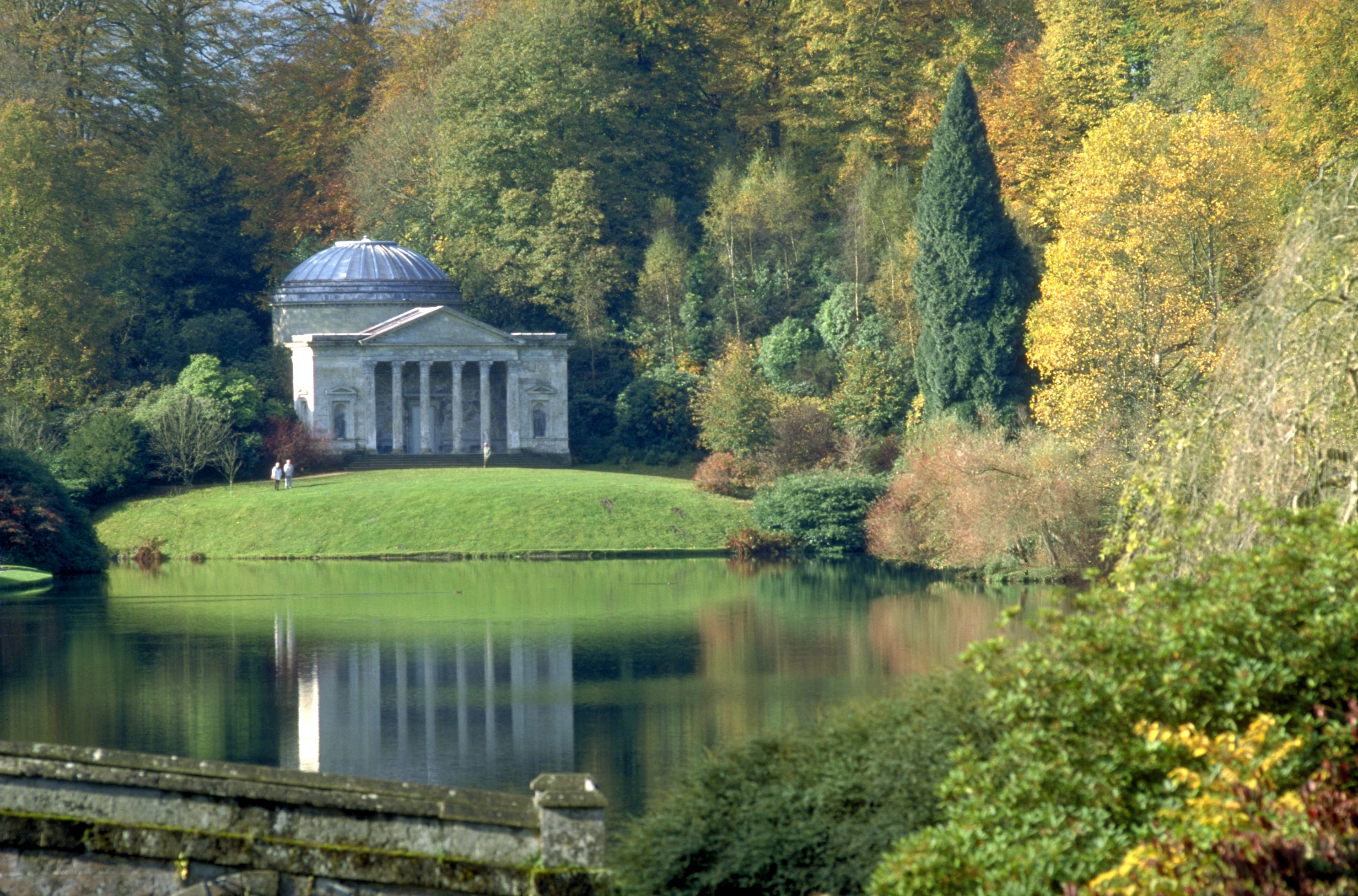 The Keira Knightley film production of Pride and Prejudice features the 18th-century landscaped garden, Stourhead, and one of its enchanting temples.

The Temple of Apollo, set above the tranquil lake, was used as the location for Mr Darcy’s first and futile proposal to Lizzie. Lacock, a wonderfully preserved village dating from the 13th century, played the village of Meryton in the BBC’s Pride and Prejudice.

It was here that the Bennet girls, in particular Lydia and Kitty ‘whose minds were more vacant than their sisters’, shopped for bonnets, sought the latest tittle-tattle from their Aunt Philips, and hoped to attract the attentions of the officers – in particular a certain Mr Wickham.

The six-part BBC adaptation of the novel also used Luckington Court in Wiltshire, which now offers dedicated tours to show fans filming locations around the house.

If you fancy staying a night or two in Jane Austin’s home town, here are a couple of deals: