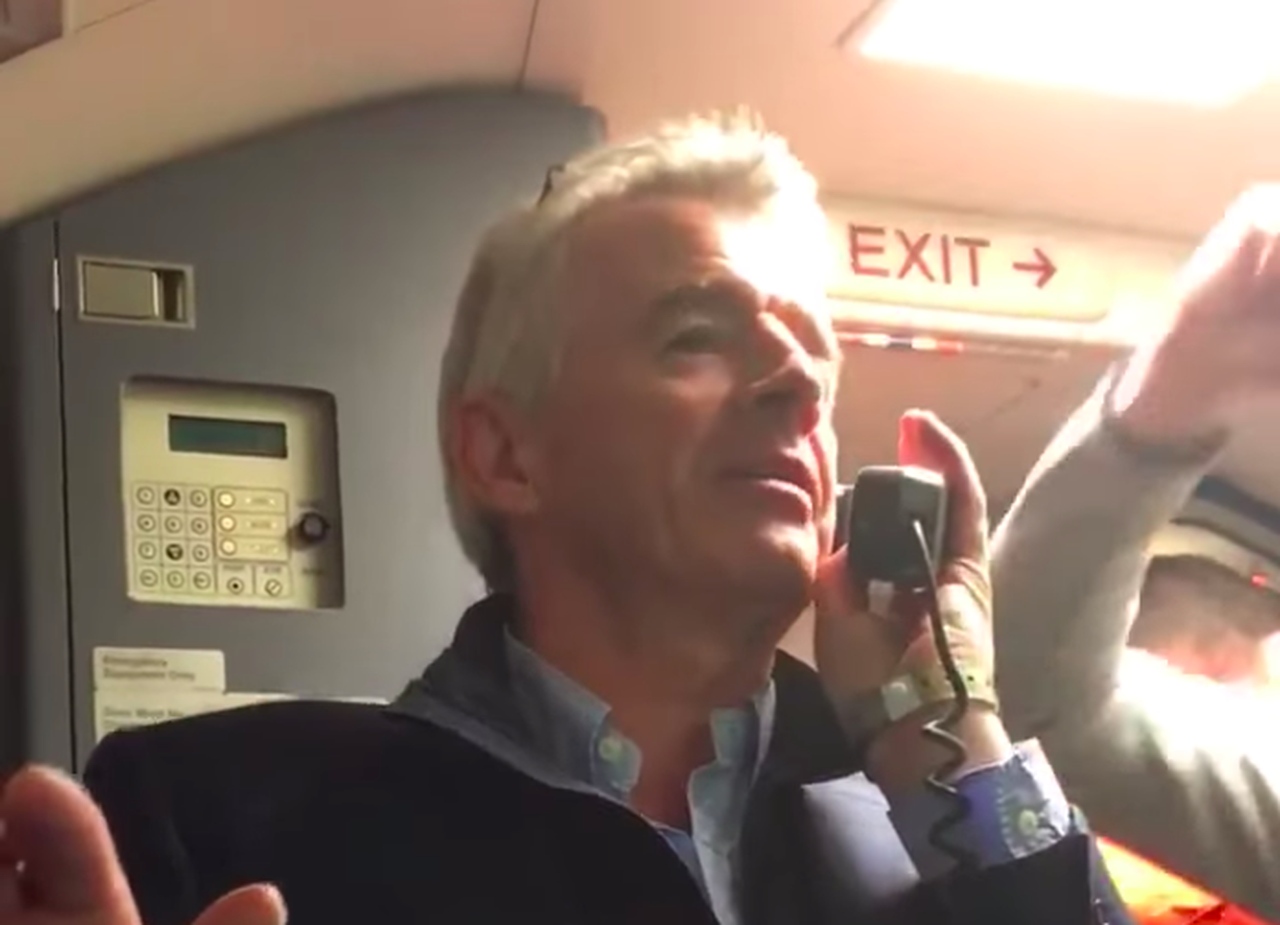 In an unusual show of generosity, it was free drinks all round on a Ryanair flight after CEO Michael O’Leary’s horse Tiger Roll won the Grand National at the weekend

Last Saturday Tiger roll became the first runner since Red Rum to win two Nationals on the trot. Jubilant O’Leary was in the mood for celebrating on the flight back to Dublin.

Normally passengers have to pay for extras but on this flight they heard this announcement over the intercom:

“As is traditional on evenings when we win the Grand National,
we’re having a free bar on board this flight.

“I got some criticism last year by limiting it to one drink per person
so that the crew could get to the end of the aircraft but now you can have two drinks per person.”

He was insistent that this was a “drink-only flight” and warned “anyone ordering food would be ‘personally offloaded’, adding: “You can buy your food in Dublin.”

The 45-minute flight was the 19.25 service out of Liverpool John Lennon. It was delayed until 20.45 but that didn’t dampen his spirits. O’Leary said: “I would say it was the happiest delayed flight ever.

“We try not to encourage delays in Ryanair. It was largely full of trainers and jockeys coming back from Aintree. It was terrific.”

He told the Irish Sun:  “We won about £500,000 so I had to give one back on a Ryanair flight. It was a great atmosphere on the plane. Everyone was enjoying it.”

Two fun reasons to visit the village of Cassel in Flanders, France

Sri Lanka visa pilot scheme: UK Tourists will have free visas on arrival from May 1