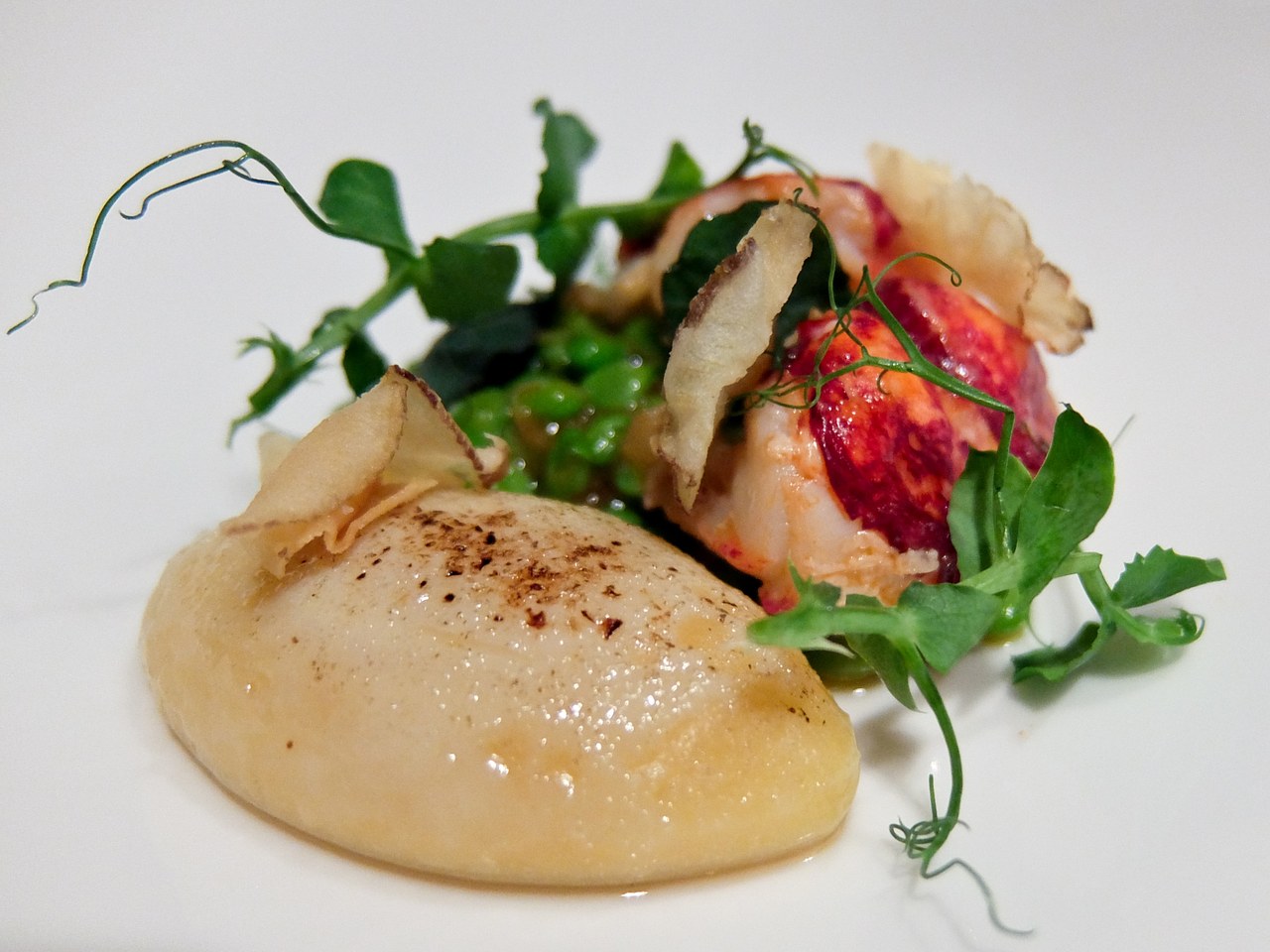 Dining on board is becoming more sophisticated as Catalan Chef Ramon Freixa, who already has two restaurants in Madrid and one in Colombia, is devising a special tapas menu for MSC cruises. It will be served in his HOLA! Tapas bar on the brand new MSC Bellissima. The ship will depart Southampton on March 4th for her 10 night inaugural cruise to Genoa and will continue in the Mediterranean for the season.

Spanish gastronomy is justly famous as being at the cutting edge of culinary art and Ramon Freixa is up there with the best. He grew up in his family’s restaurant in Barcelona but worked in France and Belgium before returning to take over from his father. He subsequently moved to Madrid where his restaurant in the Hotel Único has had two Michelin stars since 2010. He’s been working with MSC Cruises since 2017 and has a restaurant, Ocean Cay, on the MSC Seaview, which launched in 2018.

It’s too early to taste his tapas on board the Bellissima so I fly to Madrid to get a flavour of his food. The Hotel Único in the swish Salamanca district used to be a grand private residence and it retains a boutique feel with just 44 rooms. Inside, swirling black and white marble mosaic floors offset a striking red sculpture hanging in the mirrored stairwell, and the restaurant opens out onto the garden.

I’m welcomed by the chef himself and before I sit down to dinner I ask him about the food he’ll serve on board. He likens the menu he serves in Madrid to Haute Couture, high fashion, whereas the tapas on the ship will be more like Prêt-à-Porter, ready to wear. He’s at pains to stress that it won’t be inferior just different and his tapas will be the old favourites, think Spanish omelette and Gazpacho as well as shared plates.

The bites he serves to start in his restaurant are impressive. 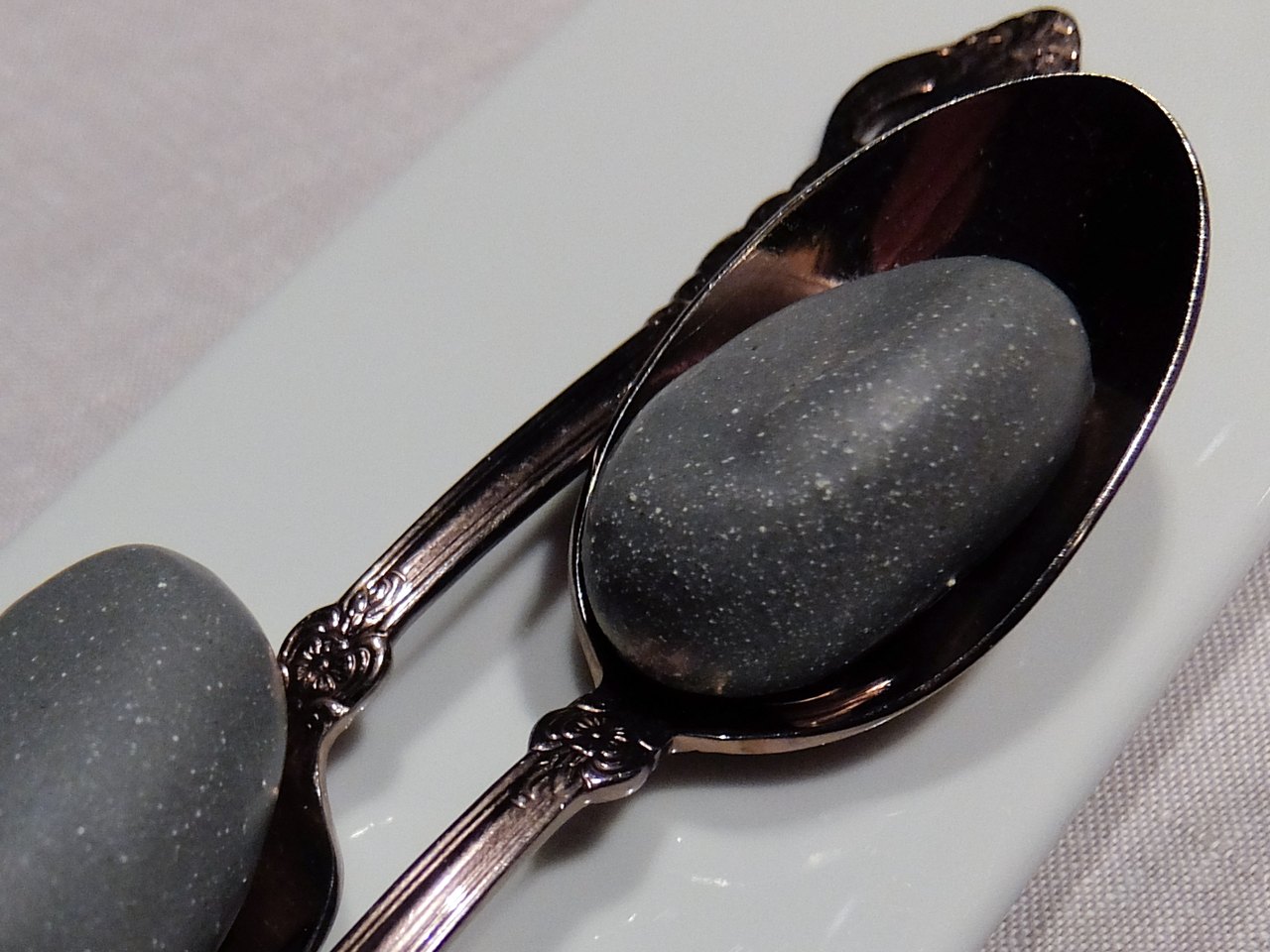 A black pebble turns out to be an explosion of cheese and pistachio cream as you bite into it. What appears to be plastic bag containing dried shrimps is all edible. You suck up a margarita through a straw poked into what looks like a Venus fly trap. An egg shell contains a soup of mushroom, truffle and sea urchin. The “onion that wants to be a tuna fish” is the caramelised onion skin with rare tuna on the side.

Main courses are no less inventive. Razor clams cooked in cava, have a green chive gel on top, garnished with thin slivers of ham. On the side are toasted noodles with orange on saffron. Spanish lobster has the tail with fresh peas, cod tripe and an omelette of Jerusalem artichoke while the head is charcoal roasted with Kombu seaweed.

Spanish lobster has the tail with fresh peas

A small piece of wild sea bass is accompanied by an almond pil-pil sauce with a lambs lettuce and watercress design etched into its surface. Fragments of cauliflower, fermented with miso and then fried sit next to it. Last but no mean least are morsels of grilled venison resting on sweet potato, surrounded by a chanterelle and butter-thyme broth, and topped with kale and truffle. 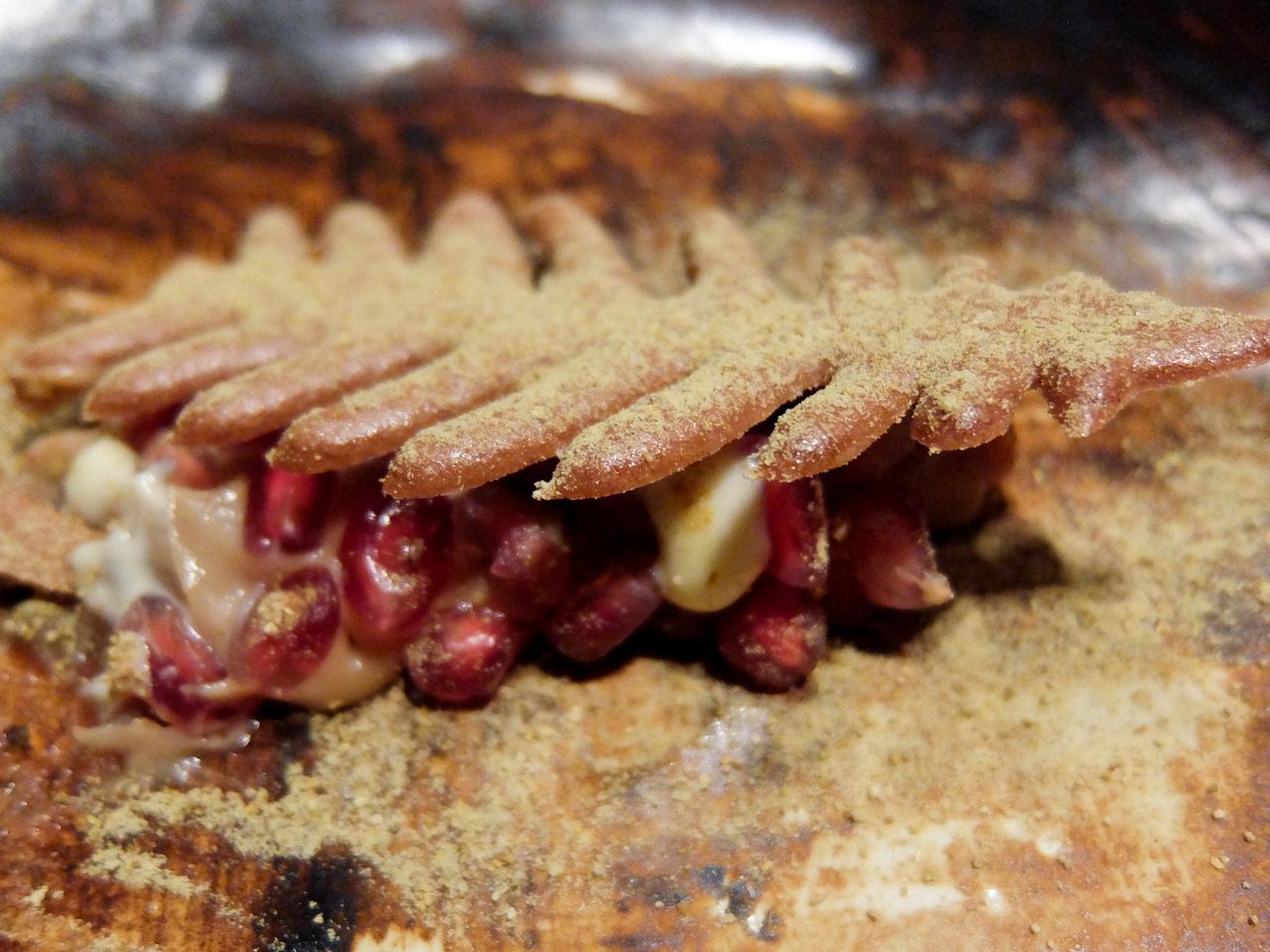 Under a Fern Leaf

Dessert is listed as “the taste of winter under a fern leaf” and turns out to be a biscuit shaped like a leaf covering pomegranate and cream. Finally there’s a selection of bonbons including toffee, hazelnut and chocolate.  The meal is described as a journey where tradition and the avant-garde merge.  It’s been a perfect mix of art and gastronomy, with clearly defined flavours.

Next morning, I go with Ramon to the market where there is an impressive selection of fresh fish, plus hams, cheeses and vegetables. He clearly delights in the quality of ingredients and selects a few for the day’s menu. I wonder how he’ll be able to do this on board but he assures me that the ship will be able to restock, when needed, at ports around the Mediterranean. He’s confident enough to put his reputation on the line and I can’t wait to taste his food at the HOLA! Tapas Bar on MSC Bellissima.

MSC Bellissima starts cruising in the Western Mediterranean from 17th March 2019. Their “Beauty at Sea” 10 night trip costs from £799 per person.

6 of the Best Extreme Adventures in Colorado, USA