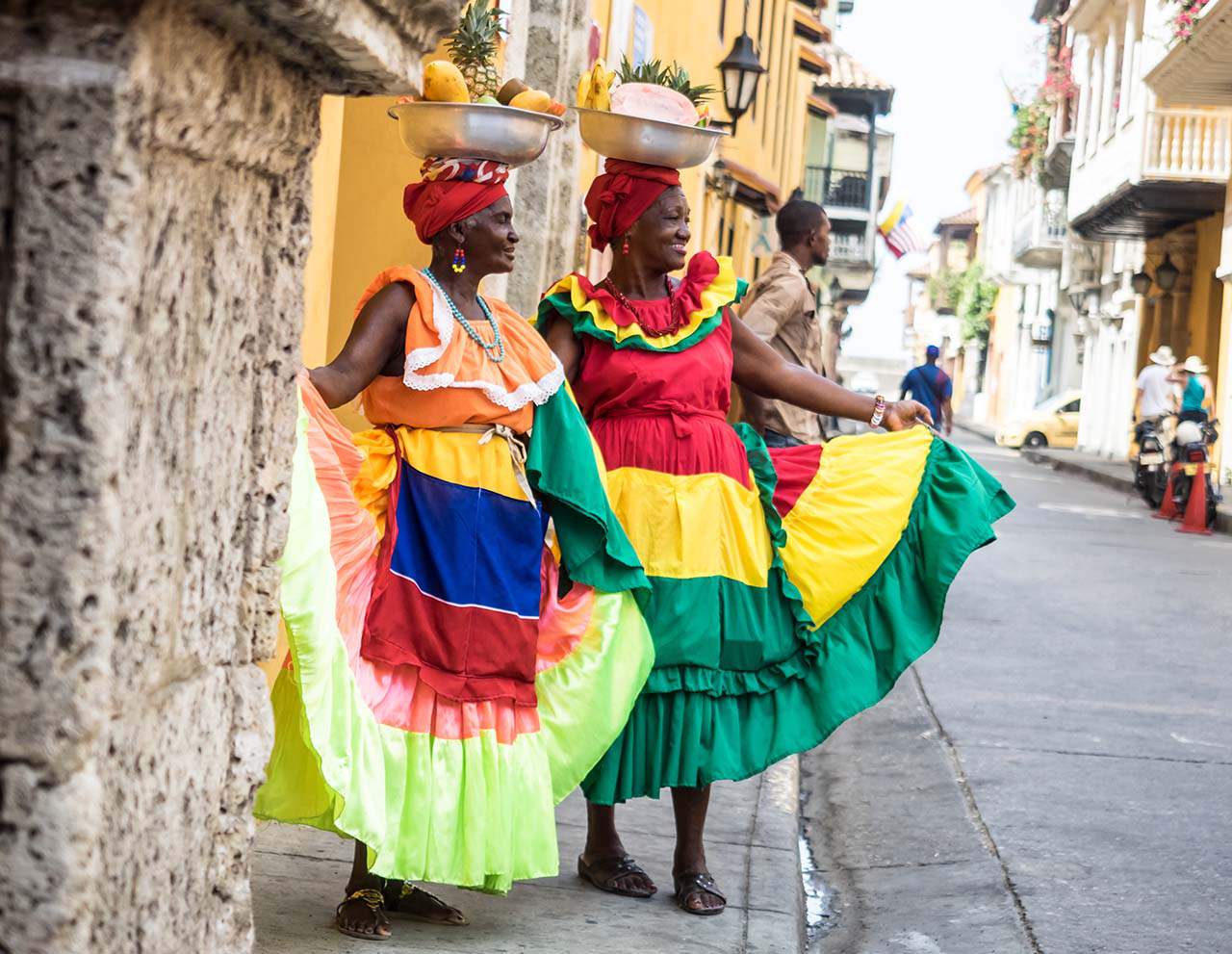 Cartagena (known in the colonial era as Cartagena de Indias) was founded on June 1, 1533, and named after Cartagena, Spain, which in turn was named after Carthage in Tunisia. During the Spanish colonial period Cartagena was a center of political, ecclesiastical, and economic activity.

When Spaniards arrived with kidnapped African slaves in the important port of Cartagena de Indias, some Africans escaped and set up Palenque de San Basilio (“palenque” means “walled city”), a village about 50km south east of Cartagena. They tried to free all African slaves arriving at Cartagena and were so successful that the Spanish Crown issued a Royal Decree (1691), guaranteeing freedom to the Palenque de San Basilio Africans and making Palenque the first free town in America.

Palenqueras are fruit seller women originating from Palenque de San Basilio. In the past, they would walk every day from their village to sell fruit in hand-woven baskets on the streets of Cartagena. Their brightly coloured dresses made them one of the most photographed icons of Cartagena.