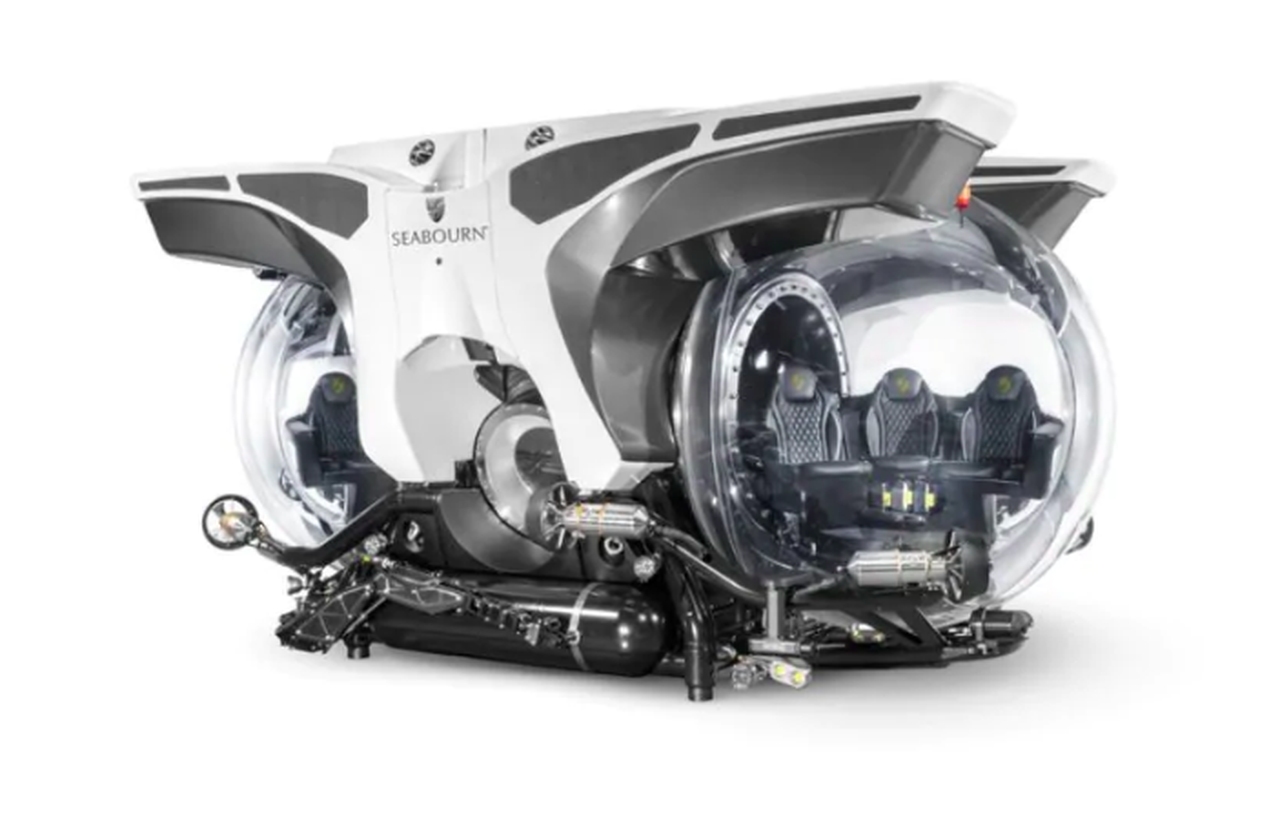 Seabourn luxury cruise line have revealed their design for custom-made submarines. The launch date is due 2021 and the subs will be carried by two expedition ships, Seabourn Venture whose maiden voyage is due in June 2021 and her sister ship – the latter is yet to be named and will debut 2022.

Both will carry two battery-powered U-Boat Worx Cruise Sub 7 submarines and be able to carry seven passengers – six guests plus a pilot. The vessels will be able to submerge up to 300 metres below the water surface.

“The undersea world is often considered as the last great frontier on Earth, with more than 80% of the underwater realm remaining unmapped, unobserved, and unexplored.

“With these subs, we’re going to take our guests to places that few have ever seen first-hand, leaving them with a perspective on the world around us that is jaw-dropping and will create stories to last a lifetime.”

Voyagers will be seated on embroidered leather upholstery in an air conditioned environment and have use of Bluetooth stereo system and the champagne chiller.

The x-factor though will be the incredible views through the two clear acrylic spheres on either side of the sub that host three passengers each. The seats themselves will be rotating so nothing is missed.

The plan is to operate the subs several times a day and the excursion into the sea will be offered at an extra charge. Once in the sub, there will be other optional extras such as videos shot inside and outside the submarines.

The pilot will act as the guide who will look to explore sunken wrecks, reefs and view marine wildlife in their natural habitat.

Between July 2021 and April 2022, Seabourn Venture is due to visit more than 150 destinations including The Amazon, Arctic and Antarctica, Caribbean as well as Central and South America.