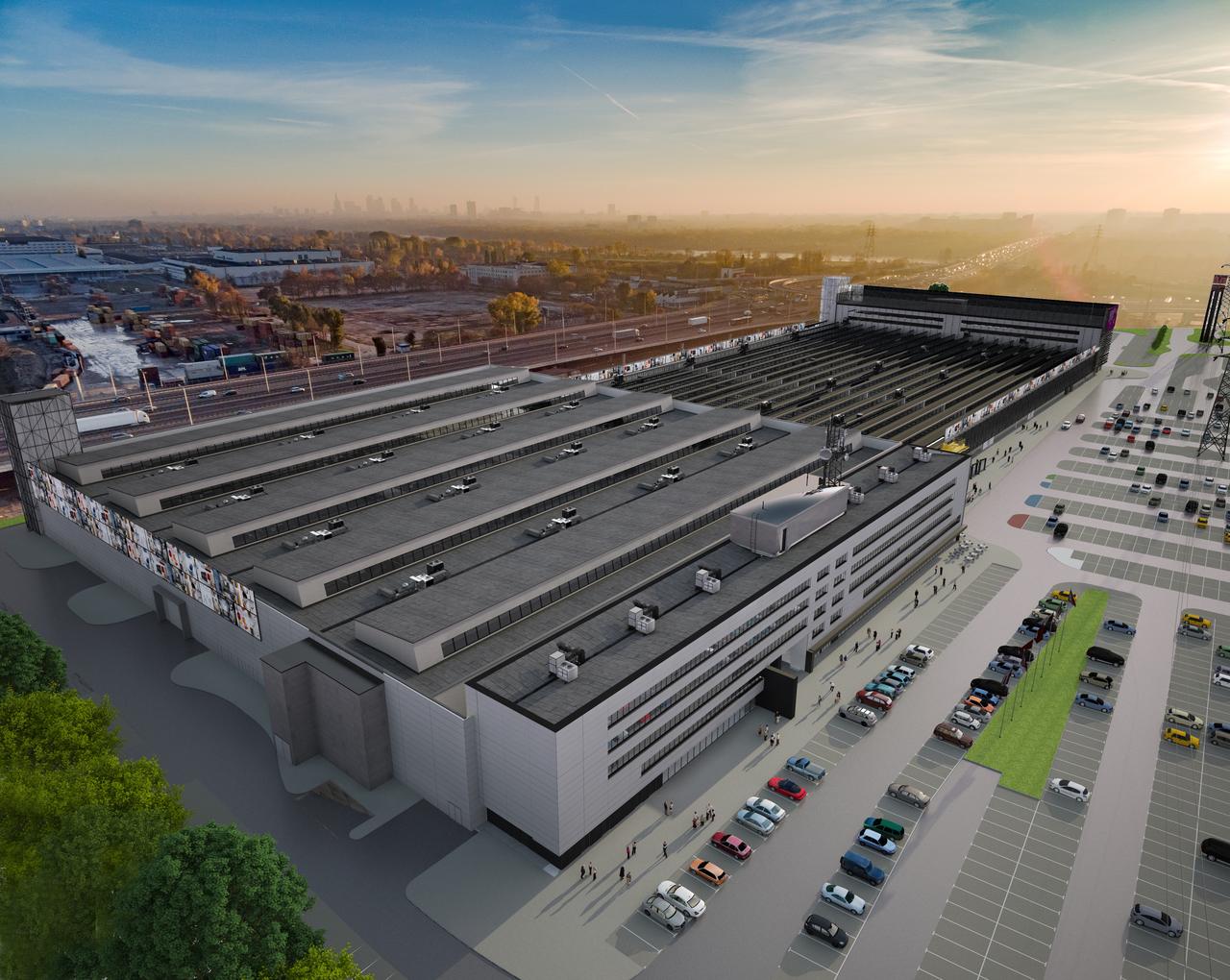 Standing atop the 30th floor observation deck of the Palace of Science & Culture in the heart of Warsaw, gave a sense of the confidence in Poland’s capital right now.

Dramatic Manhattan-style skyscrapers designed by leading architects were clustered in the direction of the airport, with many more planned for construction.

The regular sight of aircrafts approaching Chopin International Airport, suggests its proximity to the city centre.

In 2017 passenger arrivals to Polish airports were up by 17% over 2016. New flight arrivals, since January 2019, include LOT Polish Airlines’ new 12 weekly-services from London City Airport, a physical and metaphorical link between the financial hearts of two key European capitals.

This confidence has translated into performance, with Poland promoted to the group of developed countries in the FTSE Russell Index in 2018. According to ICCA the number of events held in Warsaw increased more than twice (by 144%) between 2007 and 2017.

Added to which new major exhibition and congress facilities have emerged in recent years to meet demand and bolster a rapidly growing sector.

The Palace of Science & Culture

The Palace of Science & Culture was constructed in 1955, on the initiative of Joseph Stalin as a ‘gift from the Soviet people for the Poles’. Varsovians’ say “the best view of the city is from the top of the Palace as one cannot see the building itself” such are the memories of the communist-era.

That said, this listed monument is a vast and multi-layered behemoth of a complex, housing four theatres, a multiplex cinema, three museums, four universities, a dance school and a Congress Hall, soon to be re-opened after renovations. There is 10,000sqm of exhibition space and the capacity for congresses and conferences for up to 4,000 participants and the palace will host the next edition of DentExpo in 2020.

Another super structure on view, sitting just across the Vistula River in the Praga district, was the crown-shaped national PGE Narodowy stadium, fondly referred to as the red and white ‘Nest’. Opened on the eve of Euro 2012 as the centre-piece venue of the football championships, this architecturally refined and multifunctional arena, has the ability to host global events with a state-of-the art conference centre and 22,000 sqm of exhibition space.

PGE Narodowy’s event CV includes the hosting of a windsurfing regatta, followed by a car racing show within days of each other. The Rolling Stones have performed there, whilst the 2014 UN Change Conference and 2016 NATO Summit used the stadium.

Plans are still ongoing to create a concert hall, congress centre and hotels around the vicinity of the stadium, all contributing to ‘Praga’ districts continued regeneration.

Praga’s location on the right bank of the Vistula, helped it escape the destruction witnessed in the city centre during WWII. The ‘hipster’ neighbourhood is popular for pre-and-post event incentive tours, which dip into the quirkier side of Warsaw’s tumultuous history.

Tours can be arranged in a fleet of 10 historic communist-era ‘Nysa 522’ vans (7 people per van) and 5 retro buses (34-48 per bus), taking in the Neon Muzeum, which preserves signs that once illuminated the capital and instilled post-war confidence through the ‘great neonisation’ campaign.

With feet firmly back on Warsaw’s cobbled stones, I’m told that the Exhibition and Trade Fair sector is acting as a key driver for the economy, and a means to increase the international profile of the city.

“currently, there is a clear trend and growth in b2c shows, and new sectoral b2b E-commerce events”.

Robert Zapulski, Director of the Marketing Festival and Print Festival, which will take place during September 2019, states

“most important for our visitors is the fair program, location, comfort and of course experience of the organizer. We believe that EXPO XXI Warsaw still is the best place for b2b fairs”.

EXPO XXI now has some new venues to contend with; the Ptak Warsaw Expo International Exhibition & Congress Centre opened in 2015 and recently ranked first in Poland and 19th in Europe, regarding total venue space, by the ‘Global Association of the Exhibition Industry (UFI)’. In fact Ptak is the largest Exhibition Centre in the whole of Central-Eastern Europe (CEE), offering six-halls with a combined space of 143,000 square metres.

The size and magnitude of the facility, provides space for events from the B2B and B2C worlds to intertwine and flourish. Examples of this include the Warsaw Motor Show, Go Active and Warsaw Industry Week: Ptak Warsaw Expo is the largest organizer of nearly 30 in-house events and developing all of them – they are growing by more than 30% per year. Ptak is still very young organizer, but developing a first-class reputation as a major trade fair organiser and venue” stated Zaneta berus, CEO of In21Win and Board Advisor to Ptak Warsaw.

The most recent opening in the city in 2018, was the trade fair and congress centre Global Expo, which includes the largest conference and banquet room of 2015sqm; built on the site of the former FSO Car factory, Global Expo, incorporates post-industrial design with innovation technology.

Odella welcomes these new additions to the exhibition venue landscape:

“competition is healthy to help keep improving our business. However, we are the only Venue in Warsaw with such long experience in handling shows, exhibits, film productions, congresses, conferences, concerts and the Media Centre at EURO 2012. We recently hosted the European Psychiatry Congress attracting record numbers in the Associations history”.

New venues have attracted new exhibitions creating increased demand for accommodation, especially in the former factory district of Mokotów/Sluzewiec. The area is a symbol of internationalisation, home to global companies, hotel chains and residential apartments, all nearby Chopin International Airport.

Poland’s capital is the master of reinvention and the Exhibition industry’s investments, facilities and major wins, have provided a good barometer to the health of Warsaw’s present and future. EXPO XXI, Ptak and Global Expo are defining Warsaw’s global presence for major event organisers, but are part of a much wider ecosystem within the city’s MICE portfolio, that are neatly aligning with a new found cultural dynamism and competitive pricing. These vital ingredients are positioning Warsaw as the CEE’s business and tech hub.

STAY: The Vienna House Mokotow, a 164-room property with 180msq of meetings space, designed around millennial trends to incorporate super-high-speed WIFI, open plan lobby, bar, restaurant and co-working tables all fostering creativity. The Vienna House Hotel Group has five other properties dotted around Poland with more in the pipeline.