Rotterdam: A “living lab” and the meeting place of the future 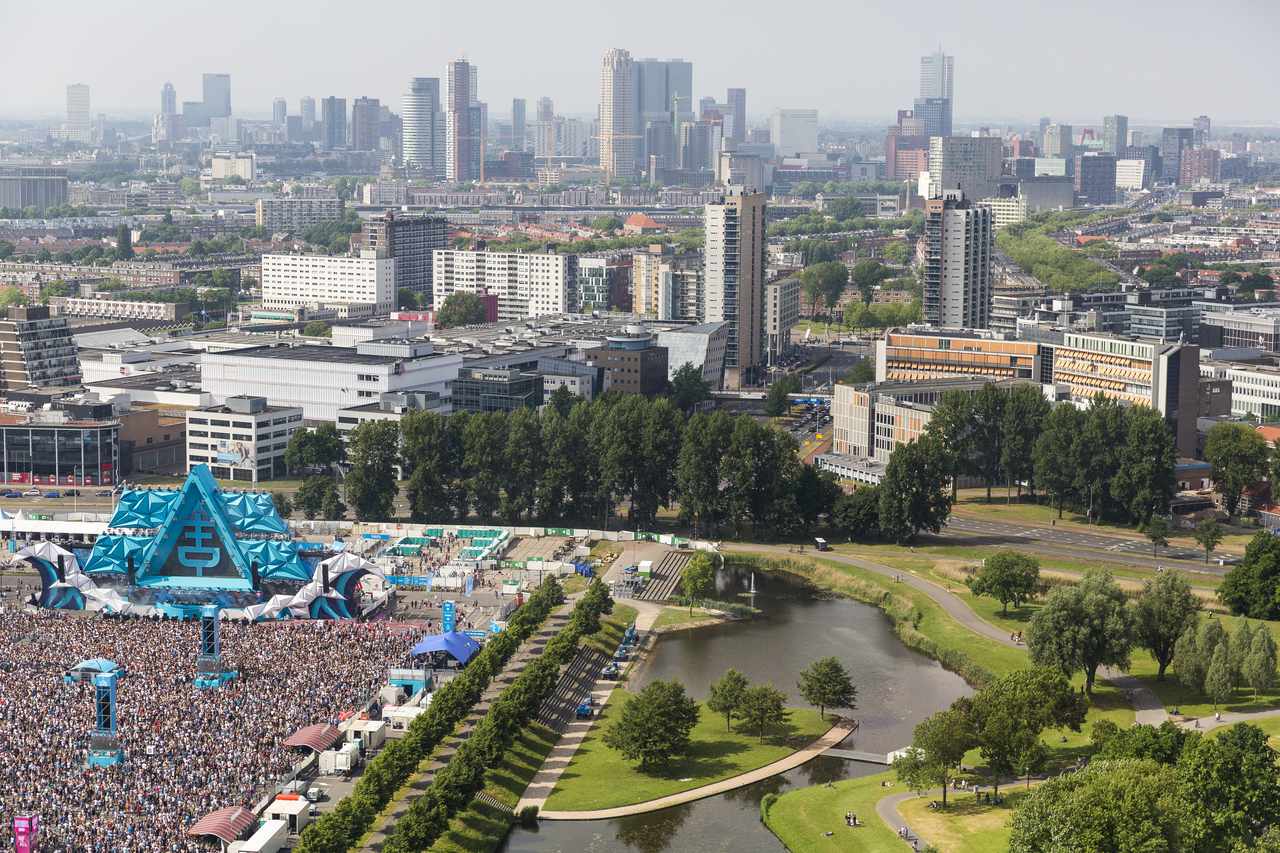 Rotterdam is Netherlands’ home to the world’s first floating farm with 40 cows, a farmer and robots collecting manure and feeding cattle. In the meantime the city’s innovation district garners and aligns start-ups, incubators and accelerators with institutions and businesses.

All of which swirls around Europe’s largest (and smartest) port, working towards becoming the first C02 neutral port in the world, part of an ‘energy transition’ strategy set for 2030.

Described as a ‘living lab’ and a focal point of urban innovation and sustainability, the city encourages experimental projects spanning everything from the ‘circular economy’ to ‘Resilience’, as one of the Rockefeller Foundation’s 100 Resilient Cities.

Rotterdam’s youthfulness is not just represented by young talent expressing themselves in and around the public/private sectors, but also through cutting-edge architectural landmarks dominating the skyline. 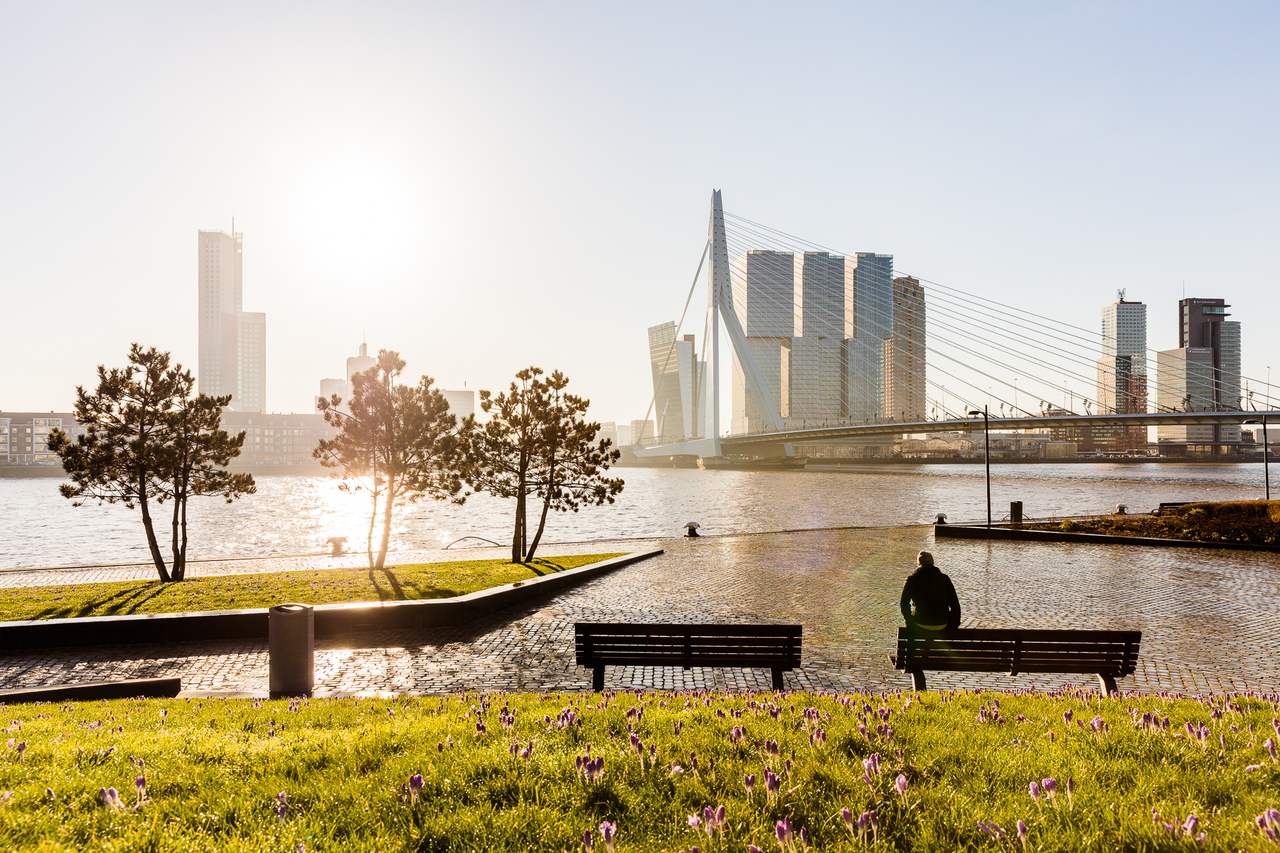 Its arts and culture scene, saw it host the 20th edition of ‘Art Rotterdam Week’ recently, part of a year-round programme of festivals and events.

Within this context, it is no surprise, that the Netherland’s second city has been capturing the hearts and minds of the business traveller and the meetings industry and turned heads away from the capital Amsterdam.

“Rotterdam being a ‘smart city’ is an incentive, but as the Netherlands prides itself on green initiatives and other cities such as Amsterdam are also well known for their sustainable practices, this in itself is not enough. The differentiator with Rotterdam is its drive for sustainability, combined with its unique architecture and urban vibe, and the lower costs as compared to more popular destinations.”

And what has limited Rotterdam before, in terms of capacity to host the mega-events, is now being addressed with new facilities. One such venue, Rotterdam Ahoy, will add a new Congress and Convention centre scheduled to open in late 2020.

It will feature the Netherlands largest auditorium, which, when combined with the existing halls and arena, has already launched Rotterdam into a wider bidding pool for conventions and trade shows. A recent win to come off the back of Ahoy’s future development is the ASME Turbo Expo Conference 2022, focussing on turbines and energy.

The 1930’s Van Nelle Factory, the primary venue for Art Rotterdam Week, received its UNESCO World Heritage status in 2014, a rarity for a former factory complex.

There can be few UNESCO World heritage venues available for MICE events, and even less that organise go-karting or a special forces drugs sting demo with helicopters landing in the car park, part of the International Drug Enforcement Conference (IDEC) we hosted”

Rotterdam is also a visionary city, constantly looking to the future. This vision can be seen in the way art is appreciated in Rotterdam, with the arrival of ‘Bojimans Van Beuningen Depot’ in early 2021 in the Museumpark.

The Depot will be the world’s first publicly accessible art storage facility, housing Museum Bojimans Van Beuningen’s entire collection of 151,000 artworks. The buildings cup-shaped design, with a central atrium and roof-garden, is ripe for attracting conservation, restoration and research events.

The city’s international profile has been growing; in 2016, Rotterdam’s modernist cultural appeal saw Lonely Planet vote it ‘Best in Travel’ top-10 city and shortly after, accessibility to the city, was boosted by the arrival of Eurostar into Centraal Station.

It was also chosen to be the European seat of Boston’s Cambridge Innovation Centre and the home of the UN Global Centre of Excellence for Climate Adaptation. Rotterdam Partners CVB is ready to capitalise on the city’s continually evolving potential.