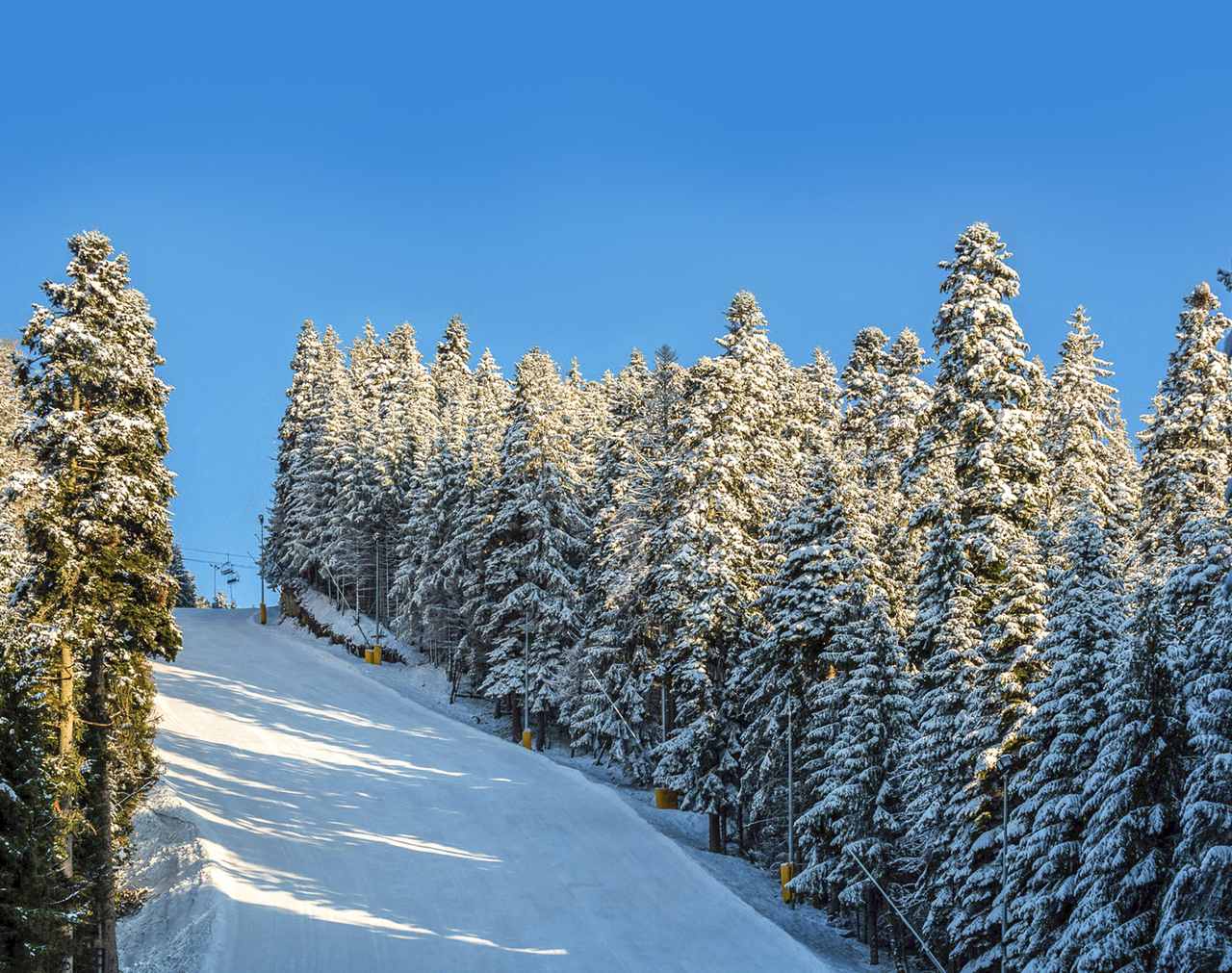 Borovets (it means Pine Tree Forest) is the most convenient of Bulgaria’s ski areas for Brits, less than an hour by road from Sofia airport, a journey of hills and valleys, passing through the little town of Samokov with the purpose-built resort at the end of the road. 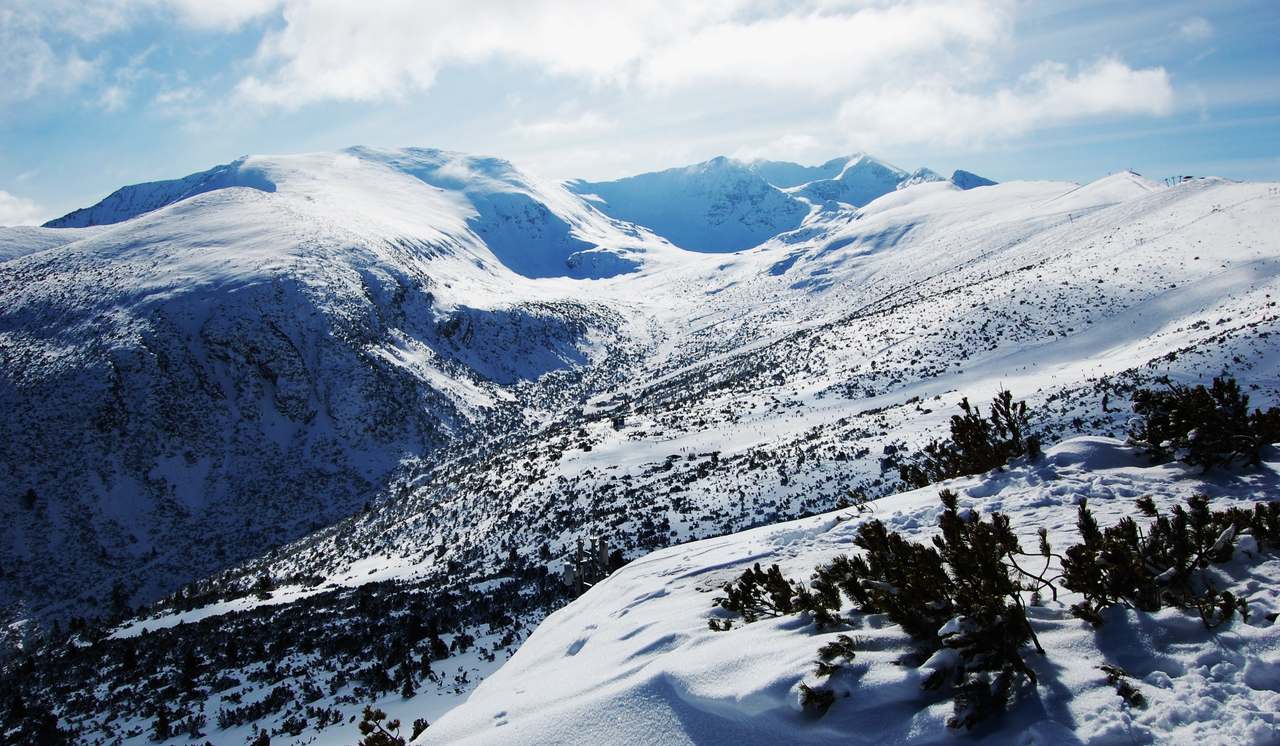 Borovets mountain resort dates some 120 years from when King Kniaz Ferdinand had a summer residence and hunting lodges here, then called Chamkoria. His example was followed by aristocrats and members of the Bulgarian elite. Nowadays it’s a mix of modern Alpine architecture and charmingly unkempt bars, shops and restaurants.

Centrepoint, with its big, Les Arcs-style contemporary Alpine architecture, is Hotel Rila, named after the local mountains. Around it is a seemingly home-made sprawl of bars, kebab shops, pizza restaurants and dance clubs, single-storey and, mostly, fashioned from timber.

Busy with both weekend skiers from Sofia and the genial crowds of Brits looking for a great value place to learn and to party, Borovets is fun central. Much of the centre might have the air of a Turkish beach resort in the snow but there’s a goodly array of skiing.

Two chairlifts (including one six-person affair, new from the 2018-19 season) and several baby drag lifts sit outside the sweeping rear of the Rila from where a traffic-free main street stretches to the Yastrebetz gondola, a five-minute walk. The runs served by the two entrance points stick pretty much to themselves although it is possible to sneak across from the Rila side to the Yastrebetz half-way station, and from the latter to the Rila base. The top point is the 2,550m Markudjik. 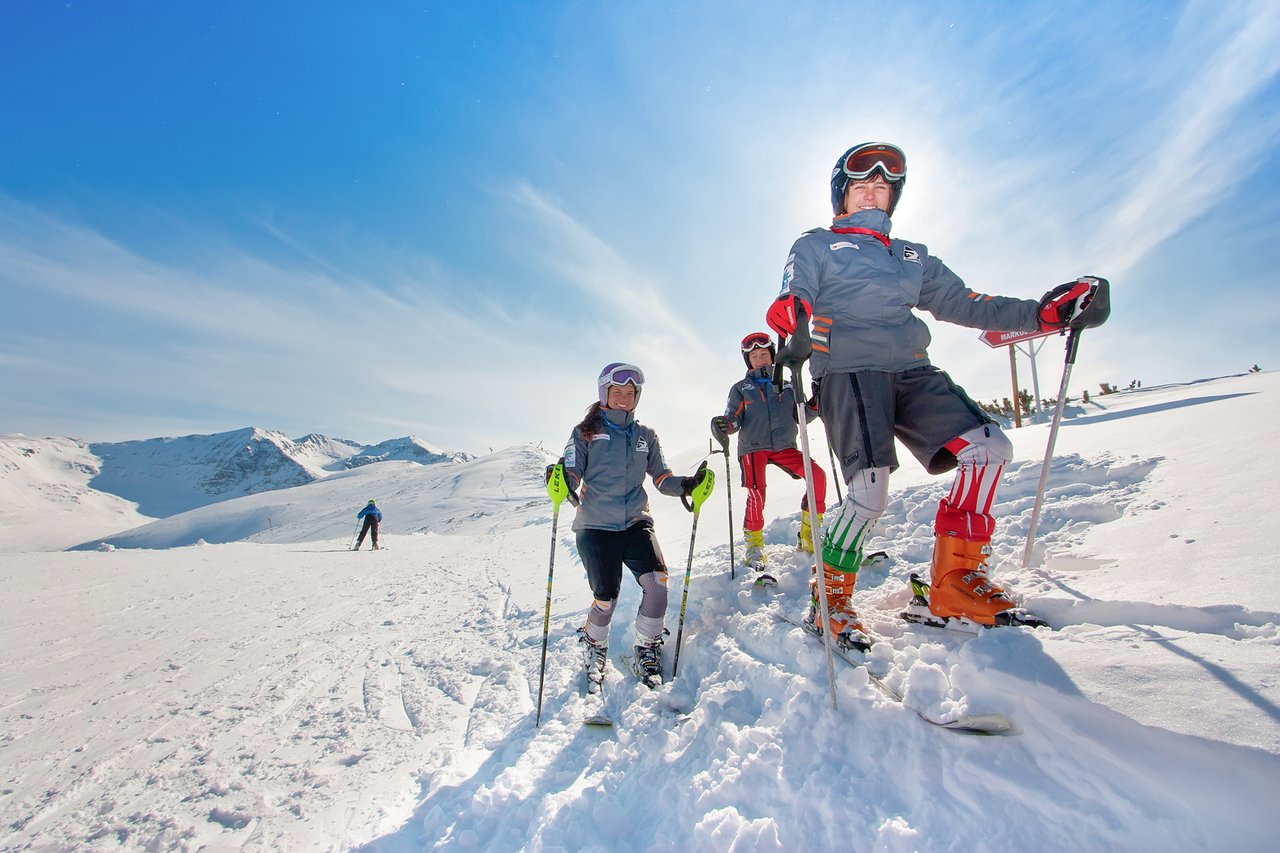 Borovets – skiing for everyone

This is a place to learn – easy slopes, bargain lessons, lift pass and equipment hire – although it’s pleasing enough for intermediates. The Rila side has a collection of green and blue runs, with a couple of short reds, cutting through the trees. Pretty much all have snowmaking and novices can head up any lift without fear, safe in the knowledge that the pistes are gentle and all funnel back to the village.

The gondola and the Yastrebetz Express quad chair open up an array of longer, mostly red runs – although there’s even the short Fonfon black. Different again is the Markudjik area, which keeps to itself at the top of the gondola. Here a chair and a handful of draglifts serve an eerily open expanse that, when the snow’s at its best, is an off-piste playground between the runs, and at other times offers tree skiing through the blanket of thigh-high pines. There are two snow parks for boarders and adventurous skiers, one of them right by the Hotel Rila, where there is also a children’s ski area with magic carpet lifts. Instructors speak good English, so a good place to learn

Why go to Borovets?

Easy and cheap: The closeness of the resort to the airport (and the fact that it’s an open road rather than the hairpin bends of some journeys in the French Alps) would appeal to those with youngsters. And the reasonable prices are perfect for those wanting to get children skiing as well as groups looking for a fun getaway.

It’s different: There’s something that says you’re in Eastern Europe even though you have the comforts you’d find elsewhere. It might be the strange mix of architecture, it might be the unfamiliar scenery or it might be the culture that encompasses the whole family, but it’s there.

The nightlife: Casual and plenty of it. Bars such as Mamacitas, Spanish themed and with very decent guitarists and singers, is a favourite but there are many. And the Hotel Rila’s After Eleven club goes on late. Good local drinks include Kamenitza beer and the warming rakia, the regional take on schnapps, made from grapes, plums and other fruit.

The X Factor: Everything’s here from dawn till dark. From a mammoth breakfast buffet at the Hotel Rila to the ski lifts to late-night partying, nowhere’s more than several minutes walk away.

Victoria: Across from the lifts and the Hotel Rila, an entire forest has gone into the walls, floor and ceiling of this restaurant and après-ski haunt. International favourites – pizza, burgers – but more local fare, too. The pumpkin risotto, honest and filling, can be the centre of a meal with pumpkin soup and crème caramel with pumpkin.

Bonkers: ‘Understated’ doesn’t quite do this shack-like place justice. Verging on the scruffy, there’s an old Eastern European feel with service from genial if unkempt middle-aged men. But it’s high on the slopes, near the Markudjik lifts and you can’t argue with a £4 bowl of obviously home-made chicken soup.

Mid Range: The Rila Hotel is, nonetheless, at the top of the Borovets tree and is central to resort life. The huge hotel (420 rooms) has had a big makeover in the past couple of years. Rooms are smart and contemporary in shades of wood, steel and cream (TV with cartoon channel and Sky News, walk-in glass shower) and everyone gets a balcony. Public spaces are filled with black and white ski photos, not least the vast Champions lobby bar and cake emporium, full each evening with everyone from groups watching the Premier League football on giant TV to young children enjoying dessert. Two airy buffet restaurants (Les Arcs and Seasons) for those on full-board while Samokovi, with a chef from a Michelin-starred place in Germany, serves up the likes of local trout and rabbit, in a posh way. There’s also a free children’s club, and ski hire.

Budget: Hotel Iglika Palace is simple but comfortable and is only 150m from the lifts and just across the road from Hotel Rila. It is only 20 years old but has a traditional mountain style. Food is hearty with a local touch. There’s a comfy lobby bar and an indoor swimming pool, herbal and Finnish sauna and steam bath. There are massages on offer.

FLY: EasyJet has budget flights to Sofia from London Gatwick.