Millions of social media users edit photos before sharing in crisis of body confidence with women in particular worried about their figures.

A recent poll has taken images of pre-social media icons such as Marilyn Monroe, Joan Collins and Kate Moss and reimagines them with puppy-dog ears, comedy specs and love hearts removing all blemishes.

These hilarious pictures show what iconic stars of yesteryear would have looked like if their fame had peaked in the age of social media. 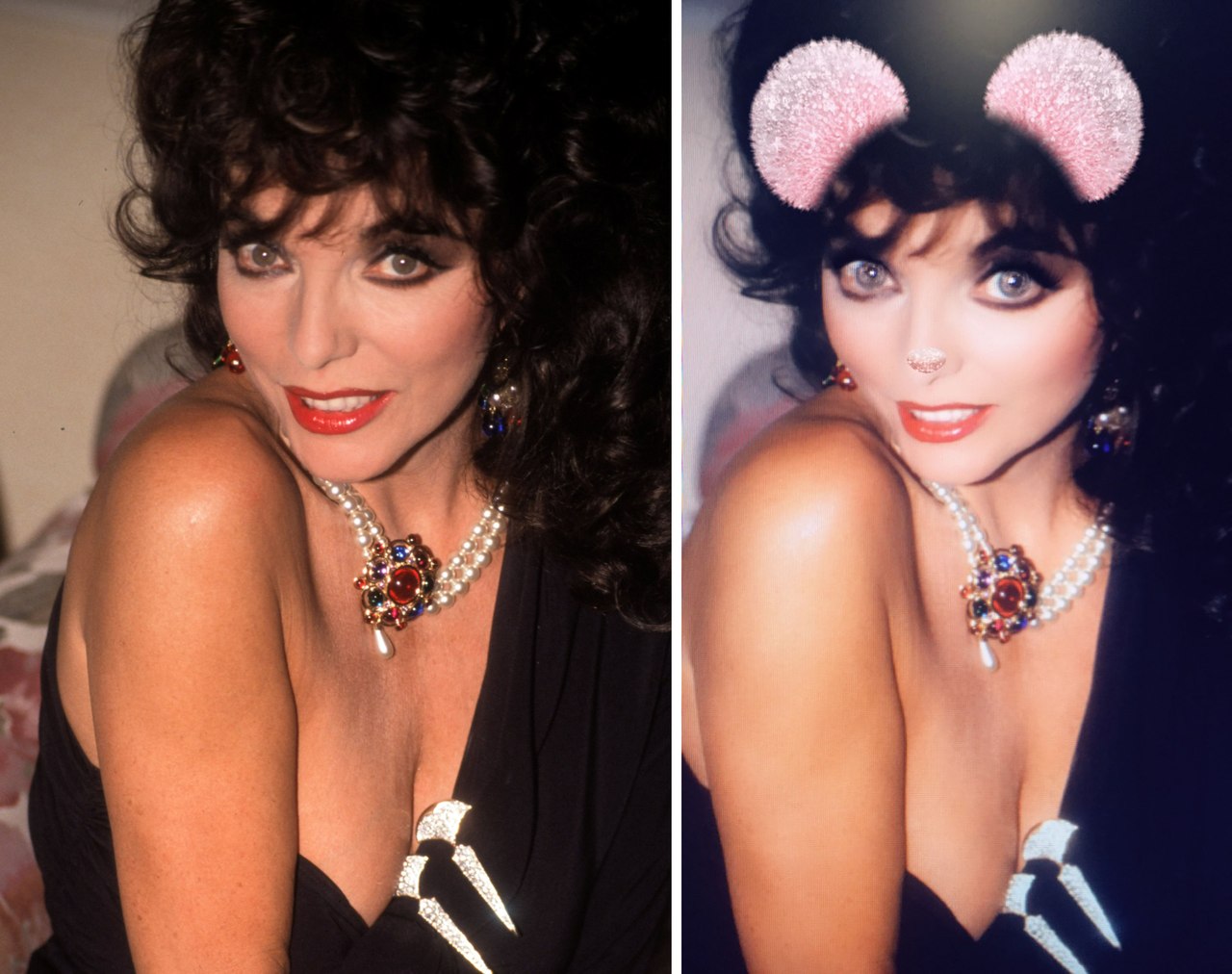 The images were commissioned by Really TV show How to Look Good Naked to illustrate how modern attitudes to body confidence have changed over the years.

Even Tom Cruise has had the treatment, with an image showing the Top Gun star with wife Nicole Kidman filtered to include haloes and angel wings.

Their survey of 2,000 social media users found one in eight NEVER post an image of themselves online without editing it first.

And of the 74 per cent who edit their images, an eighth will remove any blemishes and 12 per cent will smooth out their skin.

But one-third of adults agree that social media has negatively affected their body image. 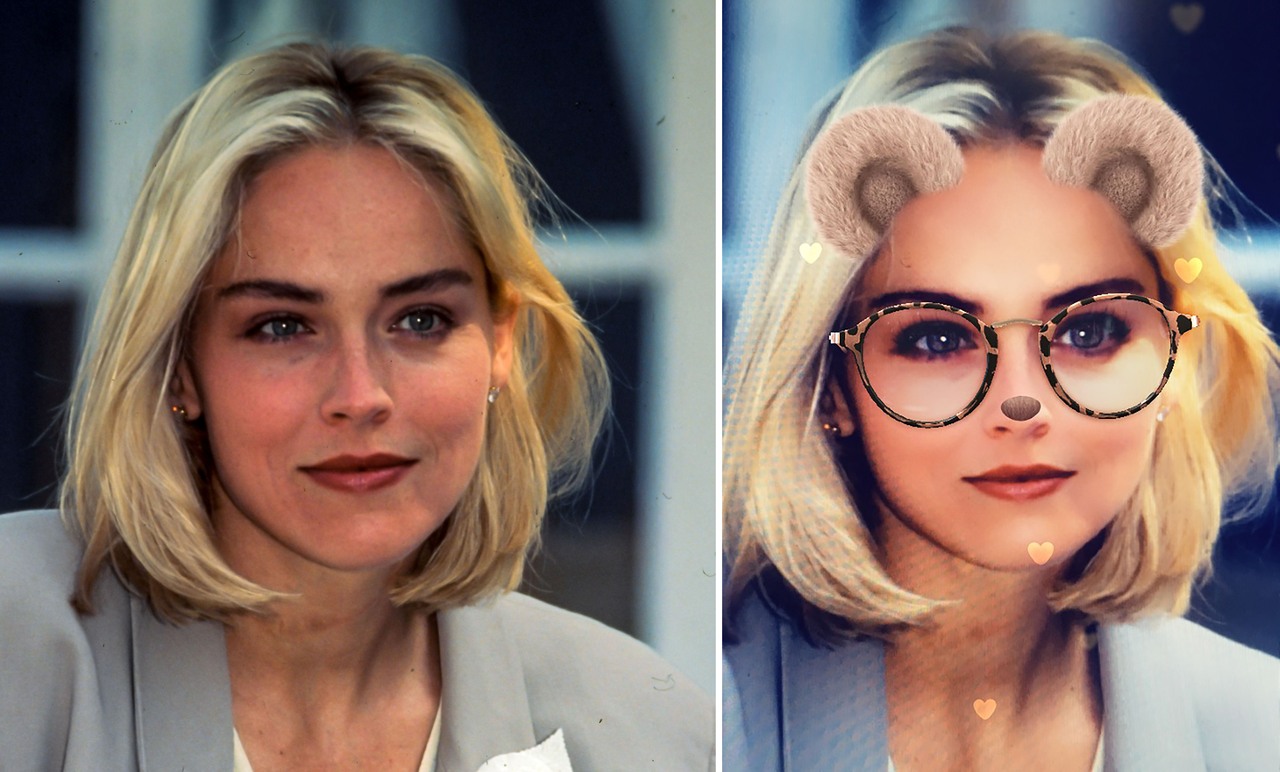 The images and research were commissioned by Really to launch the new series of How to Look Good Naked, a show which aims to tackle people’s low self-esteem and guide them to a place of loving themselves, flaws and all. 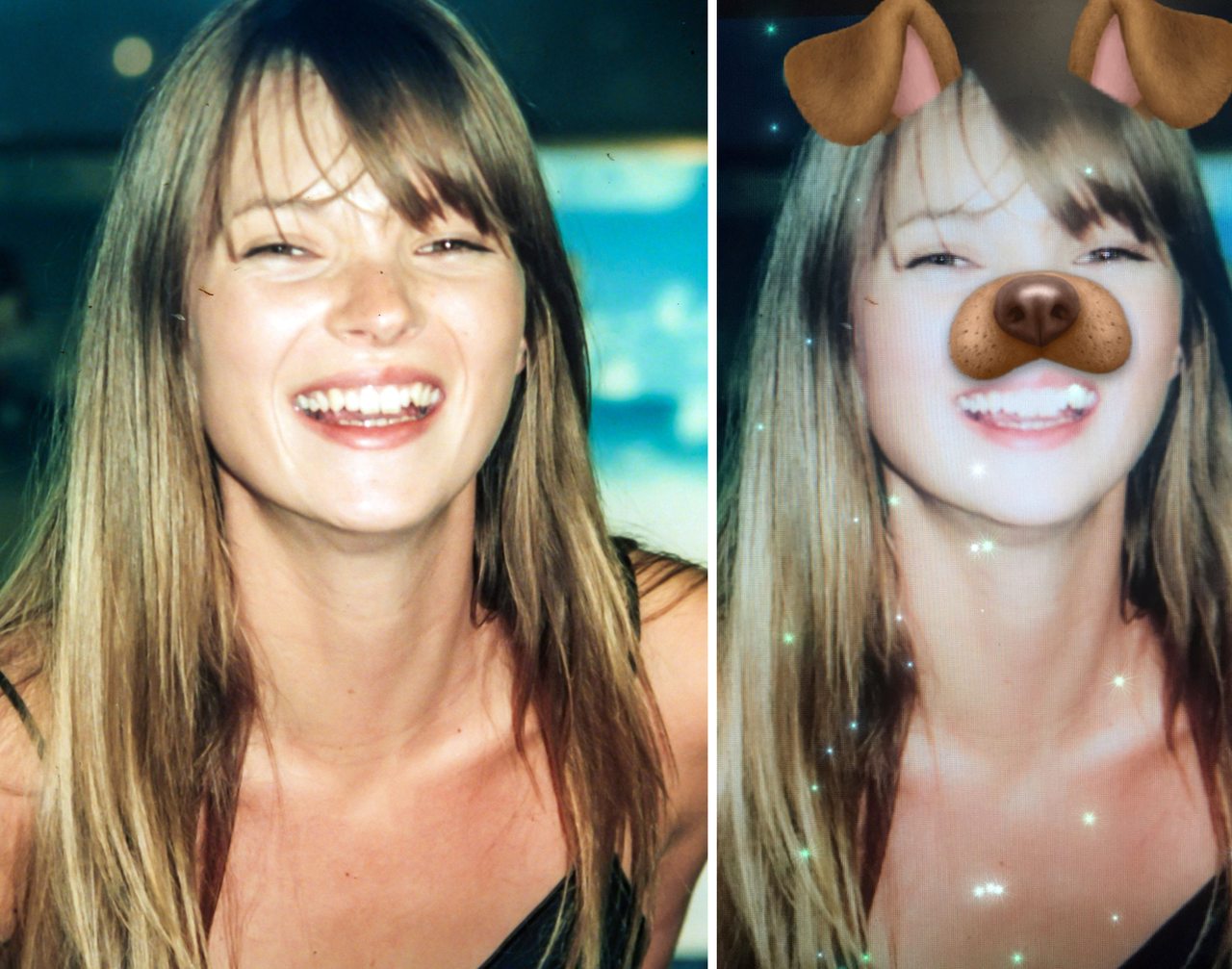 Allowing people to edit their pictures on social media with the tap of a screen has led to a beauty ideal that isn’t realistic or achievable.

“It allows people to opt for instant gratification, rather than to work on themselves and actually address the root cause of why they feel a certain way about themselves.

“It might be fun to add a novelty filter or ‘beautify’ our favourite snaps (and most of us use them to some extent), but we should be mindful that these aren’t real images, and we certainly shouldn’t aspire to look like these doctored images.

“As we have seen, over-editing makes everyone look the same.

“Instead of sharing posts that celebrate our individuality, we’ve fallen into the ‘social media’ trap of trying to emulate an ideal that isn’t attainable.

“There’s nothing more beautiful or empowering than authenticity; people who stand up and say, ‘this is what real people look like’. We should embrace that idea.

The study also found 28 per cent edit their pictures in a bid to look as good as possible, while a further fifth does so to fit in with social media norms, knowing most people will re-touch an image before sharing it.

More than one in 10 admitted to using editing as an opportunity to remove any perceived flaws, while 18 per cent strive to present their ‘best self’ online.

Many of those polled will also only share posed pictures, with 22 per cent estimating that just zero to five per cent of their posts are candid.

In the quest for the best selfie, a third will experiment with angles until finding the one that flatters them best, and 28 per cent will do the same with lighting.

More than a tenth will even time their selfie-taking session to coincide with ‘golden hour’ – the time shortly after sunrise or before sunset, where daylight is at its reddest and softest and considered by some as the most flattering.

It also emerged the average social media user will also spend 20 minutes snapping away before selecting their favourite image to edit and post.

And more than two fifths only share a picture when they deem it ‘social media ready’.

But looking at other people’s social media accounts can also lead to insecurities about body image – with one in seven feeling jealous of the way others look, and 14 per cent feeling they don’t measure up to the ‘perfect body’.

Three in 10 of those polled even said they’d considered a cosmetic procedure – including lip fillers, liposuction or a nose job – after preferring the way they looked post-edit to the way they look in real life.

“We want to take focus away from the so-called ‘perfect’ body, and help people reap the rewards of being comfortable in their own skin”.