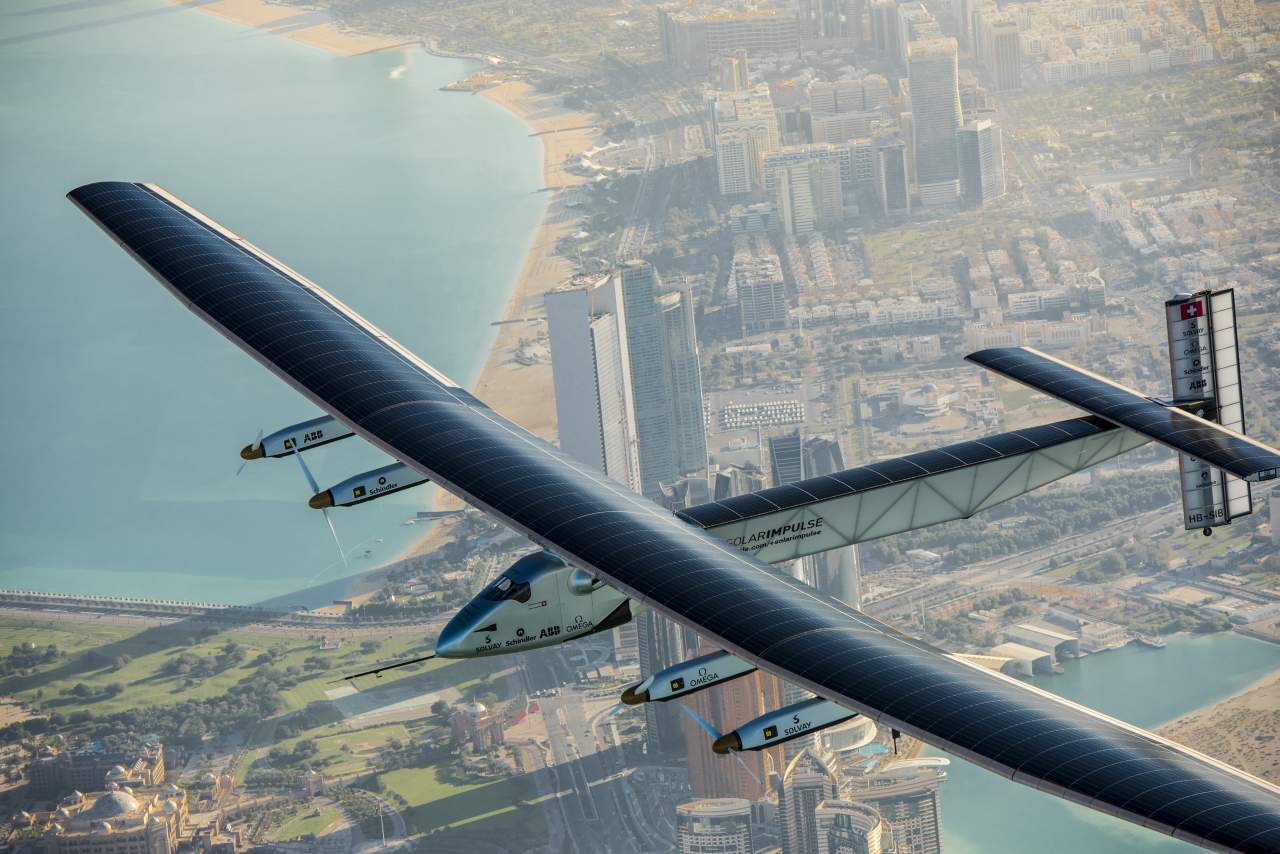 When the young Icarus in Greek mythology flew too close to the sun, the wax on his wings melted, the feathers fell away and within minutes he could no longer fly.

I wonder what he would be thinking now if he had witnessed two Swiss pilots not only using the power of the sun to power their airplane, the Solar Impulse 2, but their flying time totalled 23 days in the first ever round-the-world solar-powered flight.

Andre Borschberg and Bertrand Piccard, founders of the project took turns to pilot the aircraft during their epic 16-month voyage to promote renewable energy.

They began the circumnavigation in March 2015 in Abu Dhabi. It has since crossed both the Pacific and Atlantic oceans without any fossil fuel or polluting emissions (i.e. petrol, diesel etc) whatsoever, covering 40,000km in 16 months. 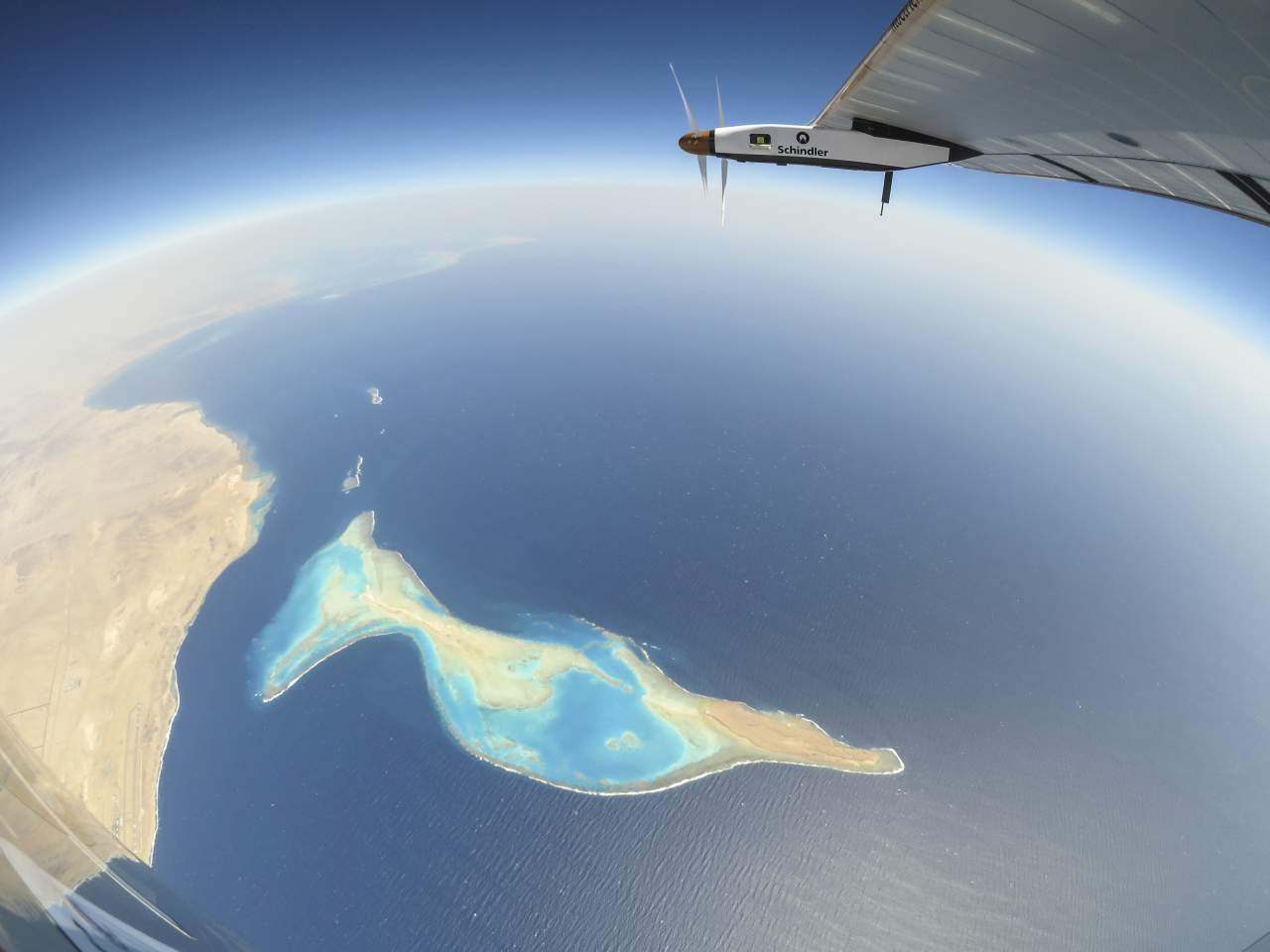 Bertrand Piccard at the controls, completing the last leg of the Round-The-World journey. Departed from Abu Dhabi on march 9th 2015, the Round-the-World Solar Flight took more than 500 flight hours and covered 40000 km.

This triumph was 15 years in the making – 12 of which went into research and development and perhaps the flame was lit two generations ago. Piccard comes from an aviation dynasty. His grandfather, Auguste Piccard was the first man to see the curvature of the earth and paved the way for modern aviation by inventing the principle of the pressurised cabin. His father Jacques Piccard was an oceanographer and pioneer and became the man to have dived the deepest in the world.

Bertrand Piccard who was piloting the plane during the final leg admitted that “he was feeling emotional” as he neared the end of the journey. 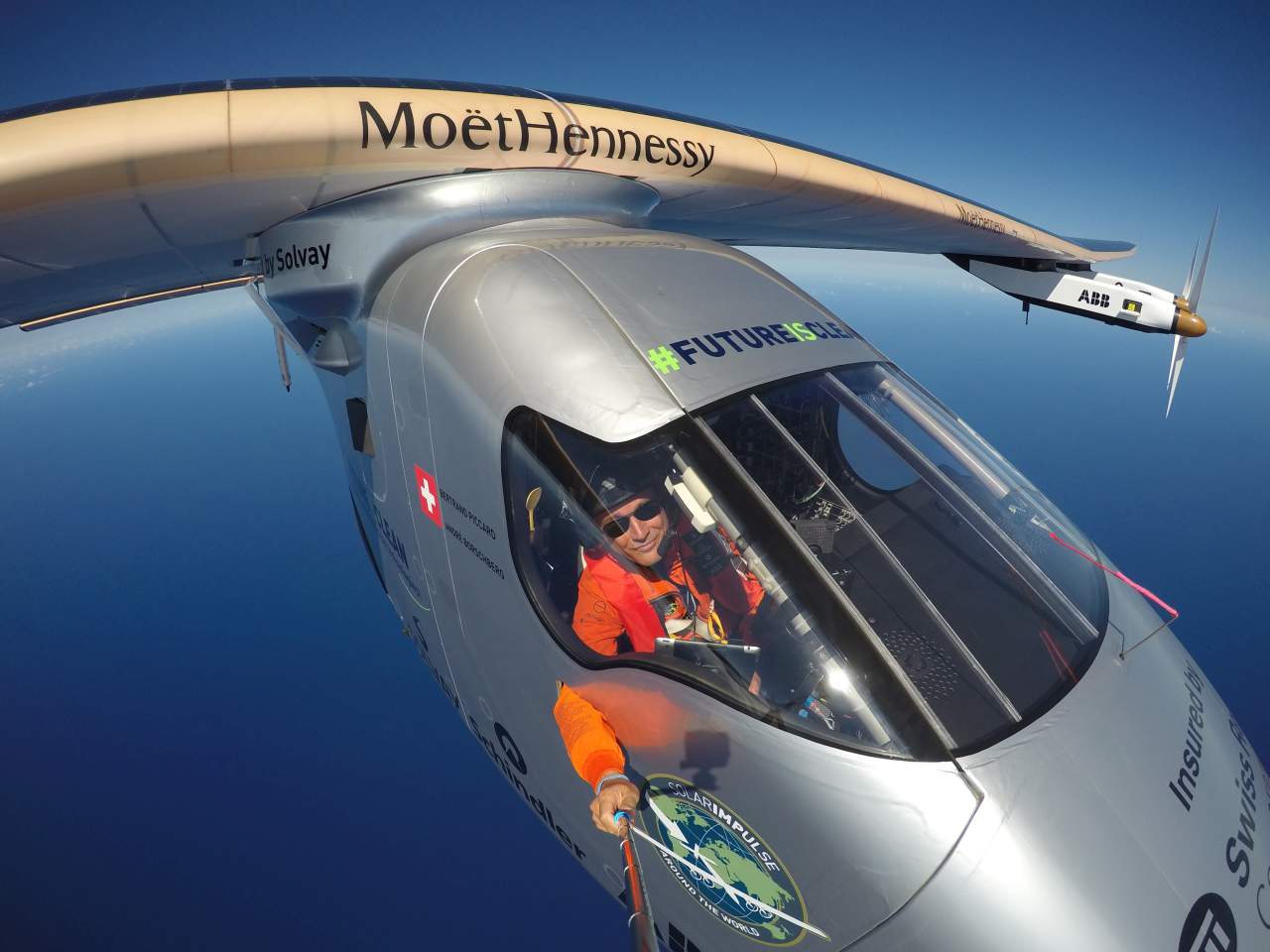 Bertrand Piccard doing a selfie during his last training flight in Hawaii before the round-the-flight resumes.

This wasn’t their first attempt. The first record was achieved in July 2015 by André Borschberg’s 5-day 5-night from Japan to Hawaii, using only the power of the sun.

The duo behind Solar Impulse 2 hope that this journey will focus world attention on taking steps toward clean energy.

The plane, a single-seated aircraft, is far thinner than any commercial plane. However, it has a wingspan wider than a Boeing 747 which carries more than 17,000 solar cells needed to power the propellers and charge batteries.

Can the power of the sun be harnessed for commercial use?

The problem with our society is that, despite all the grand talk about sustainable development, we are a long way from making use of the clean technologies that are already available to us. Those solutions bring opportunities to create jobs, make profit, sustain the growth of the industry, and at the same time protect the environment.

I’m sure that within the next 10 years we’ll see electric carrying 50 passengers on short- to medium-haul flights.

Let’s hope this initiative has wings.

What would you do to get a discount or freebie? Survey reveals