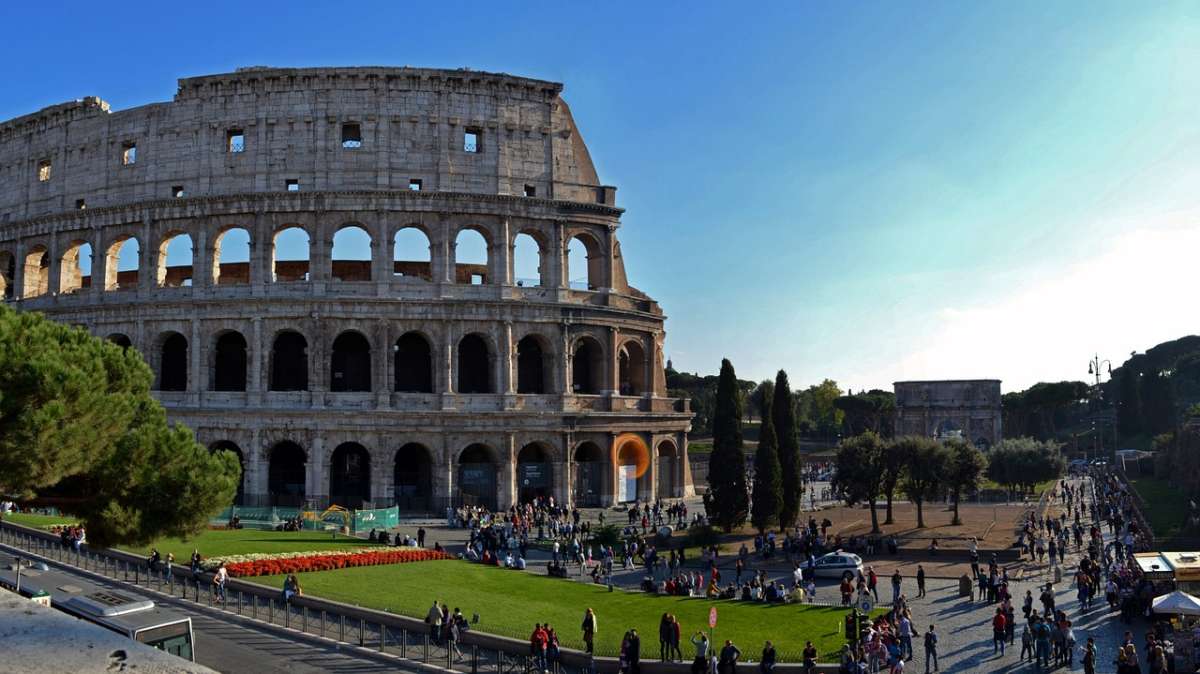 My first morning in Rome and I could delay the inevitable no longer. The zebra crossing at Piazza del Popolo, at the top end of the Via del Corso, lay before me and was not to be taken lightly. 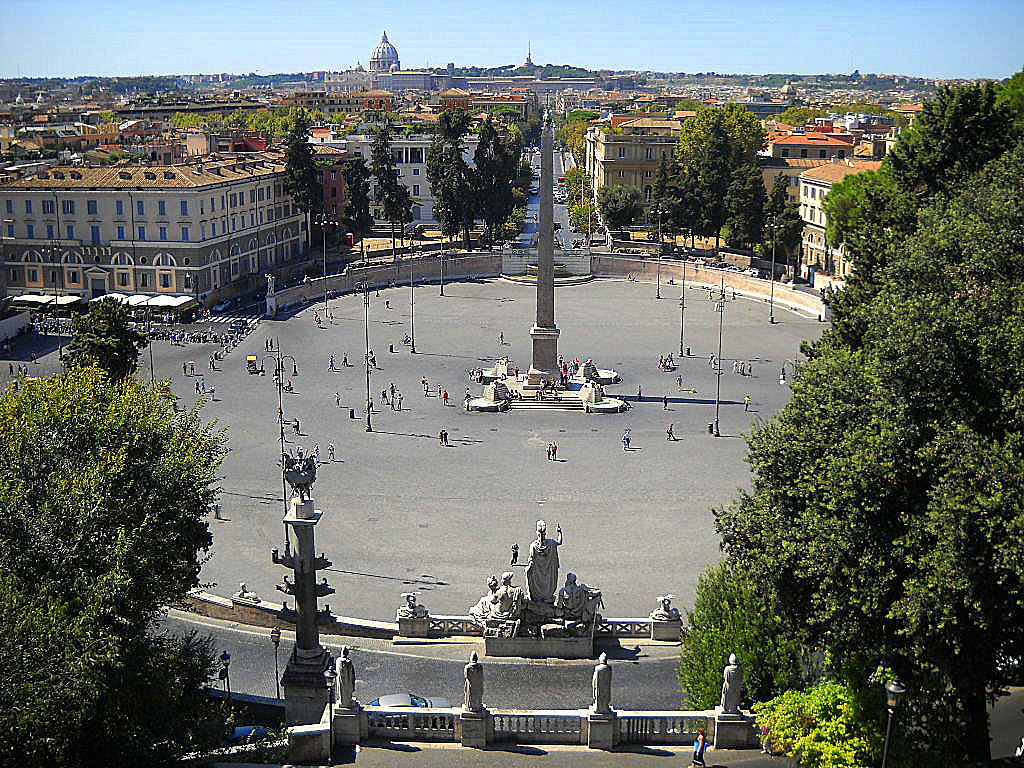 While pedestrians have legal right of way here, it is a right ceded by the motorist with the utmost reluctance and an inevitable pinch of salt.

Watching the traffic hurtling by I took comfort in the thought that many had crossed this way. A lad no more than 12 had done so successfully just minutes before, striding manfully in front of the oncoming traffic with no sign of fear. And so I took a deep breath and crossed – darting, ducking and diving towards the other side.

Along the way an attractive young woman on a scooter smiled sweetly and beeped as she sped by. A cabbie mouthed something that I did not take for ‘after you kind sir’. And the drivers of several busses seemed altogether oblivious to me. But with heart pounding and exhilarated by success I made it. A battle of wills had been fought and I had won.

I had fallen in love with this passionate, wonderfully manic and frenetic city

My heart continued to beat just a little bit faster throughout my visit to Rome because I had fallen in love with this passionate, wonderfully manic and frenetic city.

Throughout my stay I used the Via del Corso, which runs through the heart of the city, as a bearing.  At one end, and my starting point on day one, is Capitol Hill and the magnificent Piazza del Campidoglio. Designed by Michelangelo it comprises the Palazzo Senatorio, the seat of the city’s government, which is abutted by the Palazzo dei Conservatori and Palazzo Nuovo, which together house the treasures of the Capitoline Museum.  The picture gallery, in particular, is magnificent containing over 200 14th to 18th Century paintings.

Up the steps of the Piazza del Campidoglio and the Forum comes into view. From the 7th Century BC, this was the political, religious and cultural centre of ancient Rome. Walking through the remarkably intact ruins of what was once the command post for the civilised world, one can appreciate the power and authority of the Ancient Roman empire. The nearby Partenon was a ‘Beverly Hills’ style residential area for Senators and the other elite of Rome and gives a fascinating glimpse of their lives. 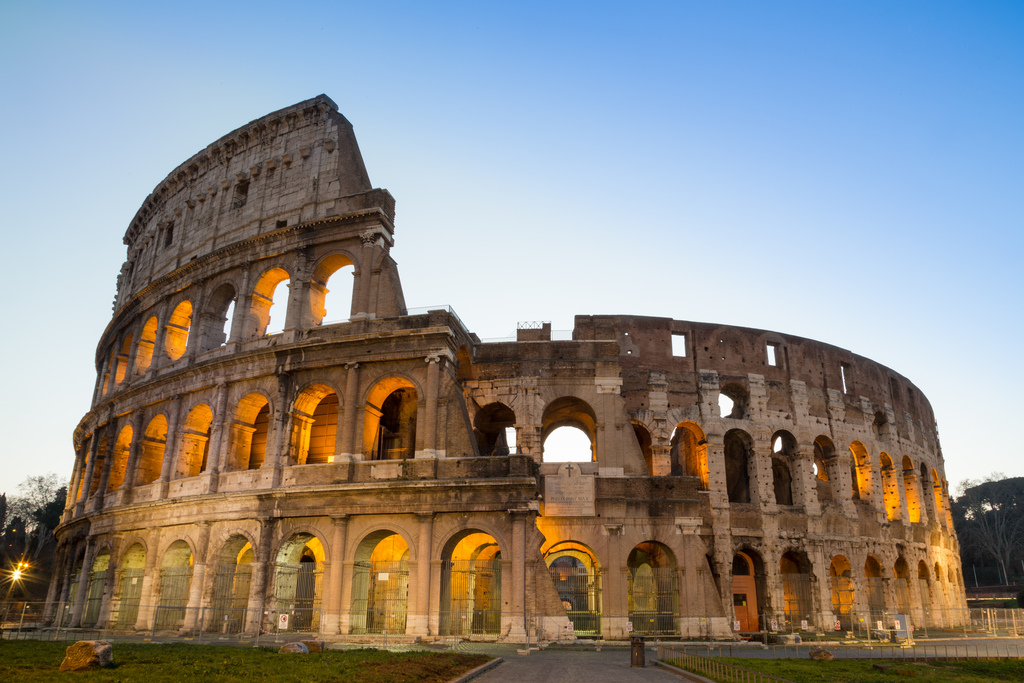 And then one comes upon the Colosseum where for over 400 years, from 80 AD, respective Roman Emperors staged their barbaric gladiatorial games to entertain packed houses of 70,000 Roman citizens. This entertainment involved the wholesale slaughter of men, women and wild animals in any number of grisly scenarios and puts the term ‘Roman civilisation’ into a more realistic perspective.

My second day in Rome saw me strolling up the Via del Corso to the Piazza del Popolo with short diversions to left and right to take in the Pantheon, the Fontana di Trevi and the Piazza di Spagna. The Pantheon is another wonderful example of the architectural achievement of ancient Rome. It is a huge domed building of equal height and width with a large hole in the centre of the roof to let in light and air. Holes in the floor take away the rainwater.  Sitting in the cool and quiet of the Pantheon with the brilliant spotlight of sunshine is a very serene experience. By contrast the Trevi Fountain (yes of ‘Three coins in the fountain’ fame) bustles with life and vitality day and night.  An absolute must.

A meeting place is the Piazza di Spagna with the 17th Century La Barcaccia fountain and the Spanish Steps leading to the 16th Century Church of Trinite dei Monti.

This day was was devoted to the Vatican City, an independent state since 1929. Stunningly bright in the Rome sunshine, St. Peter’s Square was as impressive as I expected, and being a Wednesday I was able to catch the Pope giving his weekly audience. 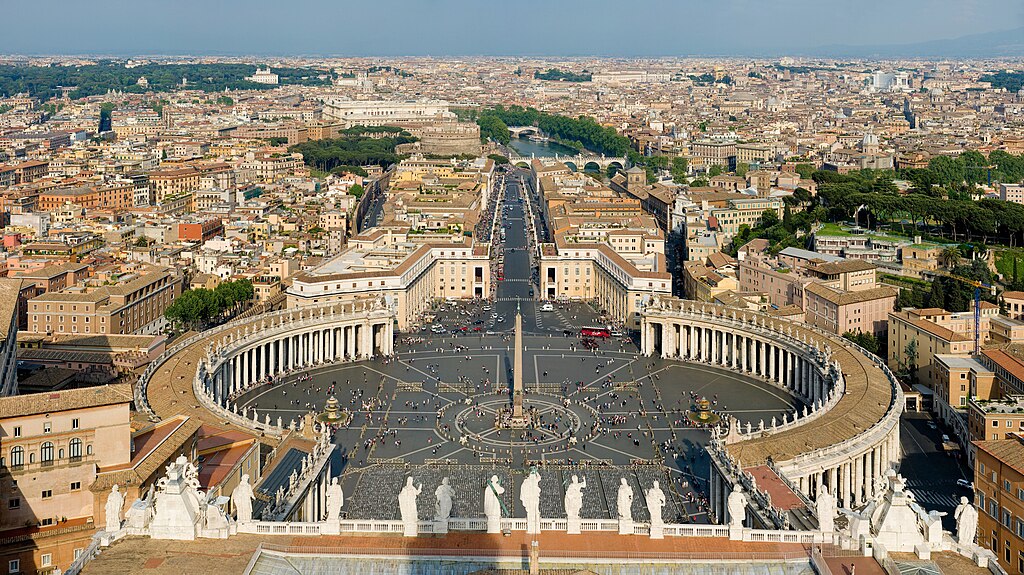 But it was the size and splendour of the Basilica, the largest church in the world that will be an abiding memory.

Then it was on to the Vatican Museum and Sistine Chapel and a truly overwhelming display of works of art, mainly wall and ceiling paintings from the most famous artists of all times. The tour through the treasures took three hours and could have lasted far longer had I lingered.

But Rome is far more than a collection of historical sites and artistic treasures. It is a raging torrent of a city full of colour, vitality and character. And so equally enjoyable was the meandering through the narrow flat grey cobbled streets admiring the way the design or floral decoration of each fights fight for your attention.

I spent much time relaxing and taking on water at the drinking fountains in all the main piazzas. And most of all I ate and drink leisurely and long and late into the night at the outdoor cafes and restaurants.

As the Romans passed by I soon realised Italian men really are as flamboyant as their woman are stylish.

When I left this scintillating city and my heart started to slow, I mouthed the words  ‘arrivederci Roma’ followed quickly by ‘but I will be back’ – albeit in English.

The hotel was a private hospital until a complete refurbishment saw it open in 2002 as a hotel offering the highest of four star standards. The staff speak English and are very helpful, there is a fitness suite with jacuzzi and sauna and the roof top terrace bar must be one of the best places to see the sun set on the city.

Or try some of these suggestions: 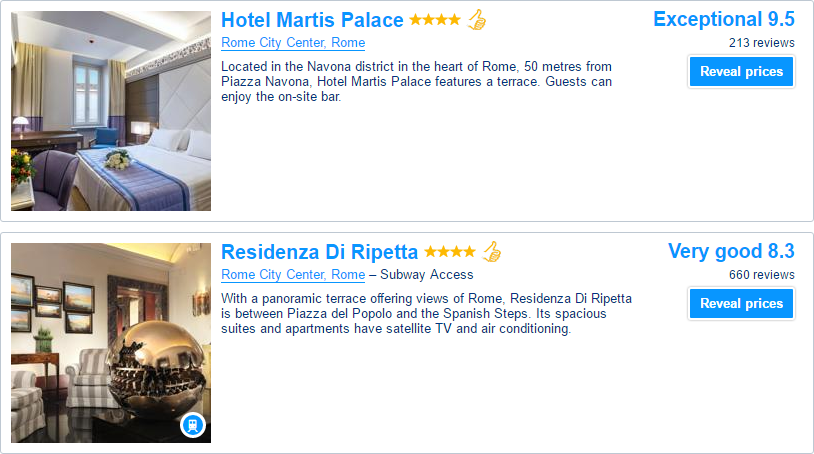 Once in the centre of Rome it is easy to see everything on foot although the summer heat can be draining. So take your time and your water bottle.

The metro is cheap, safe and reliable but its two lines (A and B) merely skirt the city centre. You will need to plan how to use it to best effect.

Taxis are frequent and well regulated although they do charge city prices and the busses I was told are to be avoided unless you are not too concerned where you end up and how long it takes.

You can also use the Hop On Hop Off bus or take a walking tour of Rome. 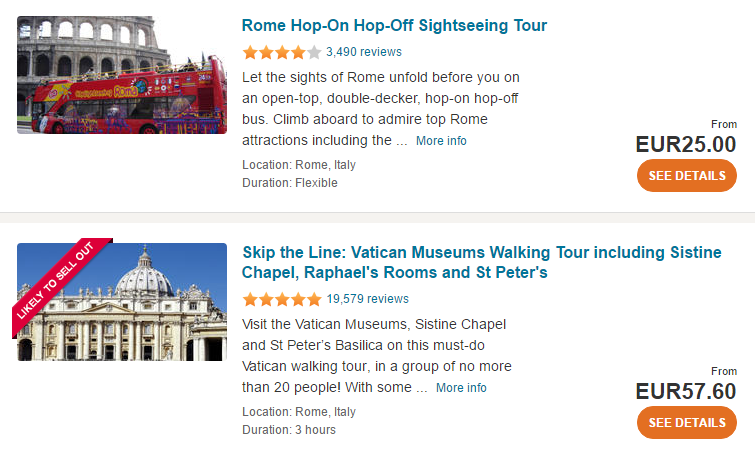 ⇒ More things to see and do in Rome

Rome is served by two airports: Fiumicino (35 km from Rome) and Ciampino (12 km from Rome). Fiumicino is the main airport and has direct rail link (Leonardo Express) to central Rome. Ciampino is mainly used by low-cost airlines and has no rail service, but has direct bus service to Rome Termini railway station.