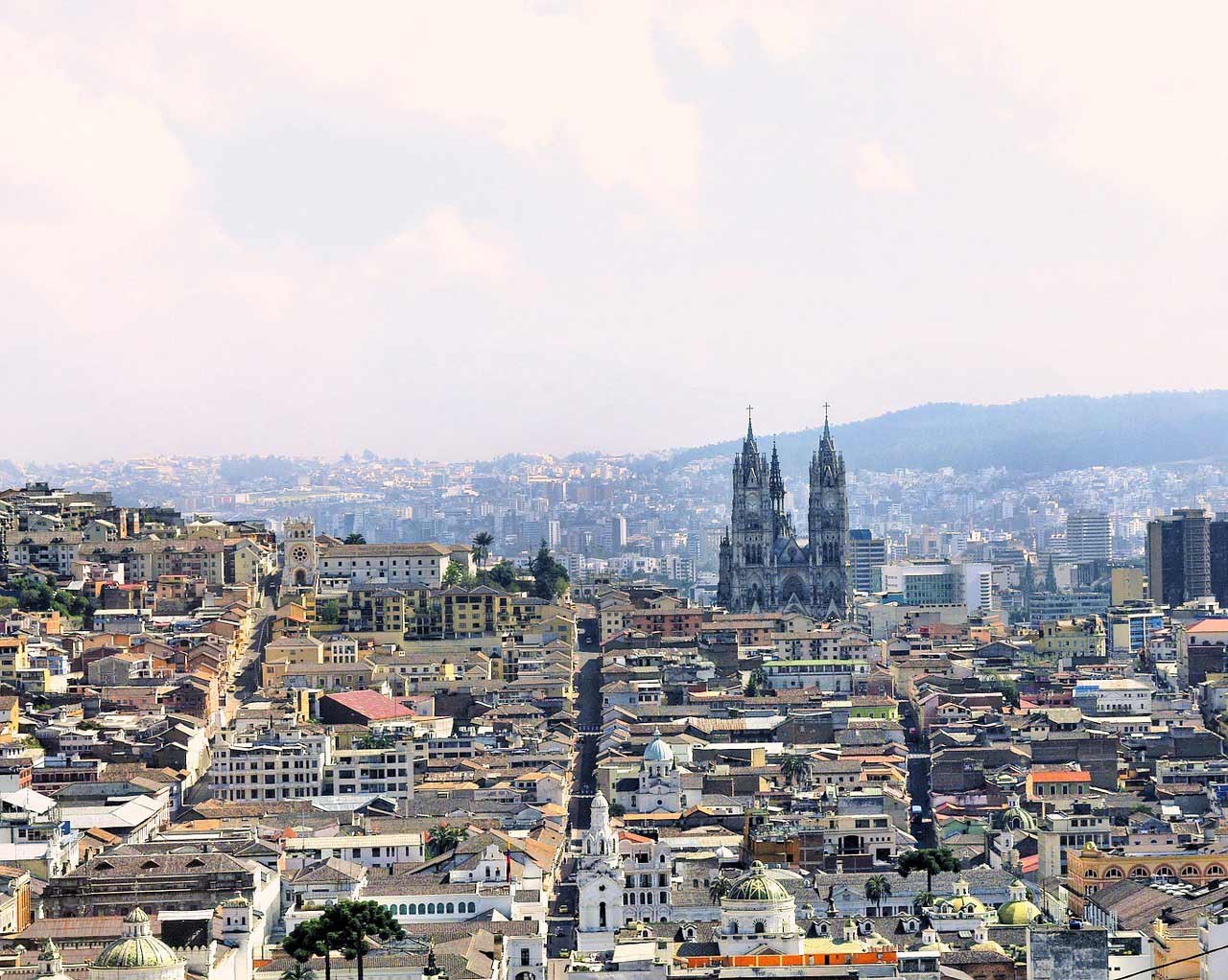 Location: South America. Bordered to the north by Colombia and to the east by Peru. On its west coast is the Pacific Ocean.

Climate: Temperatures and rainfall vary depending on the region, altitude, and seasonal factors.

Language: Spanish is the official language, but Quichua (Kichwa) and other indigenous languages are common

You can exchange money at banks and at casas de cambio (exchange houses). However, it may be difficult to exchange money in the Oriente so do so before travelling there.

Credit Cards and Travelelrs Cheques: Most credit/debit cards are accepted and ATMS in the towns are widely available. However, on the Galápagos Islands, only Mastercard is accepted.

Entry requirements: Everyone needs to have a valid passport with a least six months left before expiry and a return ticket. Your passport should be carried at all times.

Visas for stays up to 90 days are not required  for British, EU, Australian, Canadian or USA nationals. Extensions are avaliable through the local immigration authority.

Health certificate: A measels vaccination certificate is required by anyone travelling from Germandy and Italy and must be shown on arrival.

HEALTH
Vaccinations required:  You may need the following innoculations: Diphtheria, Hepatitis A, Malaria, Rabies, Tetanus, Typhois, Yellow fever. But be aware that innoculation requirements vary depending on the season and region from time to time so be sure to check with you doctor before travel.

NOTE: Travellers over a year old need a yellow fever vaccination certificat. There is no risk in Quito, Guayaquil or the Galapagos islands

Food and Drink: Be cautious of water and try to drink bottled or sterilised water. Stay away from unpasteurised dairy products. Make sure meat and fish is well cooked and vegetables are cooked and all fruit peeled.

Altitude Sickness: There is a risk of altitude sickness especially if you are flying directly into Quito which has an altitude of  2,800m/9,186ft. Try to make time to acclimatise before setting off into the mountains and be sure to drink plenty of water and pace yourself.

Health Care: Pharmacies are widely available and good medical care is available in most big cities but limited elsewhere. Serious surgical services are not available in theGalápagos Islands; therefore, for more serious illnesses, patients may be evacuated to the USA. Health insurance (to include emergency repatriation) is strongly recommended. Travel insurance is a must and be sure it includes emergency repatriation.

– It is bad form to wear revealing clothes in towns.
– If you wish to take a picture of someone, seek permission and expect to pay a tip.

By Air: Island or city hopping is best done by air.  TAME (EQ) (www.tame.com.ec) flies frequently between Guayaquil, Quito and other destinations throughout the country. A number of small airlines serve the coast and eastern part of the country.

There are daily flights to the Galapagos Islands on national airlines from both Quito and Guayaquil; note that there is a national park admission charge, payable in cash only.

Departure Tax: 12% of the ticket price, paid with the ticket.

By Boat: In roadless areas, dugout boats that carry up to 25 people are used as a means of transport mostly in the Oriente jungles and in the northwest coastal regions.

Overall though Ecuador has a rocky coastline and this makes coast hopping ineffecient and sometimes perilous.

Tourist boats, luxury cruisers, converted fishing boats and hired yachts can all be used to travel between the Galápagos Islands.

By Train: Trains are not used that much mainly because frequent landslides and lack of funding make it ineffective and mostly redundant. There is one service though that  is run by the Empresa de Nacional Ferrocarriles del Estado (Ecuador State Railways) and is the famous Nariz del Diablo (Devil’s Nose), which makes a spectacular mountain descent on its route between Riobamba (train station tel: (03) 961 909) and Sibambe.

Taxis: These are widely available, particularly in larger cities and towns. Fares tend to be low but should be negotiated in advance. Taxis are metered in Quito, but rarely elsewhere. Taxis may be hired for a whole day. Drivers do not expect tips.

Car hire: International and local car hire companies operate in Ecuador. 4-wheel drive is necessary for some areas. Drivers need to be at least 25 years old and have a major credit card for the deposit.

Things to see and do on the Costa...

Two fun reasons to visit the village of...