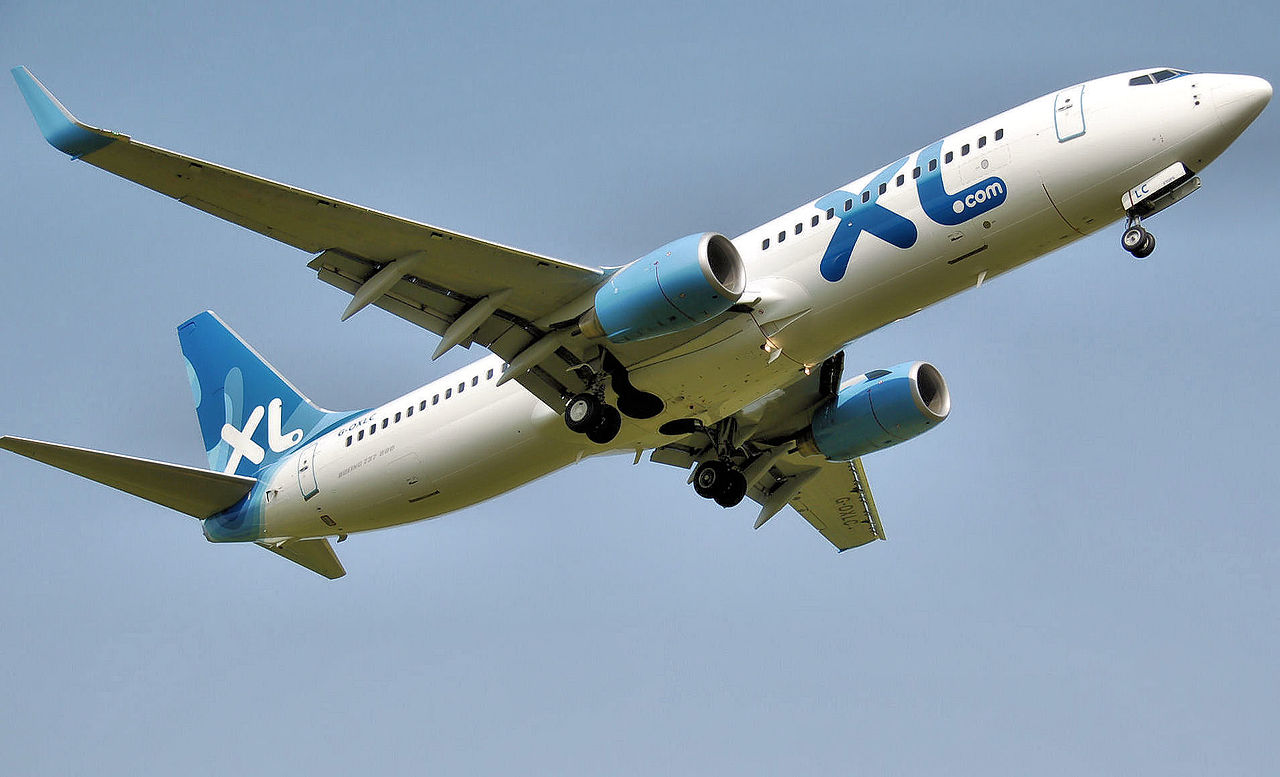 XL Airways provides flights to more than 50 destinations across Europe, America and Africa. All its flights have been cancelled and its fleet of aircraft are now grounded.

In a statement on its website, the group said it had been hit by rising fuel costs and the credit crunch and had failed to secure further funding.

Passengers yet to travel should make alternative arrangements, while those already on holiday will be brought home on flights arranged by the Civil Aviation Authority, the statement said.

However, those who booked direct with an XL Group company are urged to contact ATOL immediately.

The companies entered into administration having suffered as a result of volatile fuel prices, the economic downturn, and were unable to obtain further funding.

The joint administrators cannot continue trading the business and therefore all flights operated by the companies have been immediately cancelled and the aircraft grounded.

Going forward, the joint administrators are unlikely to be able to trade the business or operate the aircraft.

XL’s demise is the latest blow to the British travel industry and follows the collapse of budget airline Zoom last month.

Thousands of transatlantic passengers were left stranded after flights to and from Canada and the US were grounded as it called in the administrators.

The Civil Aviation Authority (CAA) said it was working with the travel industry to bring tens of thousands of stranded holidaymakers home.

It estimated there are 50,000 customers abroad who had booked through an XL tour operator, 10,000 on holiday with XL Airways, and 25,000 with other tour operators who shared the XL flights.

A further 200,000 customers have advance bookings with the XL tour operators, it said.

The CAA will make arrangements for those customers currently abroad who booked their holiday or flight with an ATOL tour operator to complete their holidays and fly home.

All future departures with the XLUK tour operators and XL Airlines have been cancelled. Customers due to travel from the UK are advised not to go to their departure airport. Tour operator customers will be able to claim a full refund from ATOL.

It advised passengers with advance bookings not to go to their departure airport.

Taking to BBC Radio 5Live, a spokesman for ATOL described the group’s collapse as “a huge failure” and urged disgruntled holidaymakers to be patient.

He said “repatriation aircraft” were being scrambled and ATOL would be working with “external agencies”, including Thomson First Choice, to settle claims.

With XL Airways no longer operating we are having to bring in substitute aircraft to bring people home. We ask people to be patient while we organise that… bear with us this is a huge failure. Our priority is the stranded passengers abroad and getting them back to the UK.

Clearly if people do incur some additional costs, if they are delayed in their return, then they can put a claim in to the CAA under the ATOL scheme.

The XL Leisure Group, which is based in Crawley, West Sussex, employs around 1,700 people worldwide, according to administrators Kroll.

The corporate recovery and financial restructuring firm said the XL group had collapsed as a result of “funding and cash flow issues”.

For information and advice read our XL Nightmare Q&A