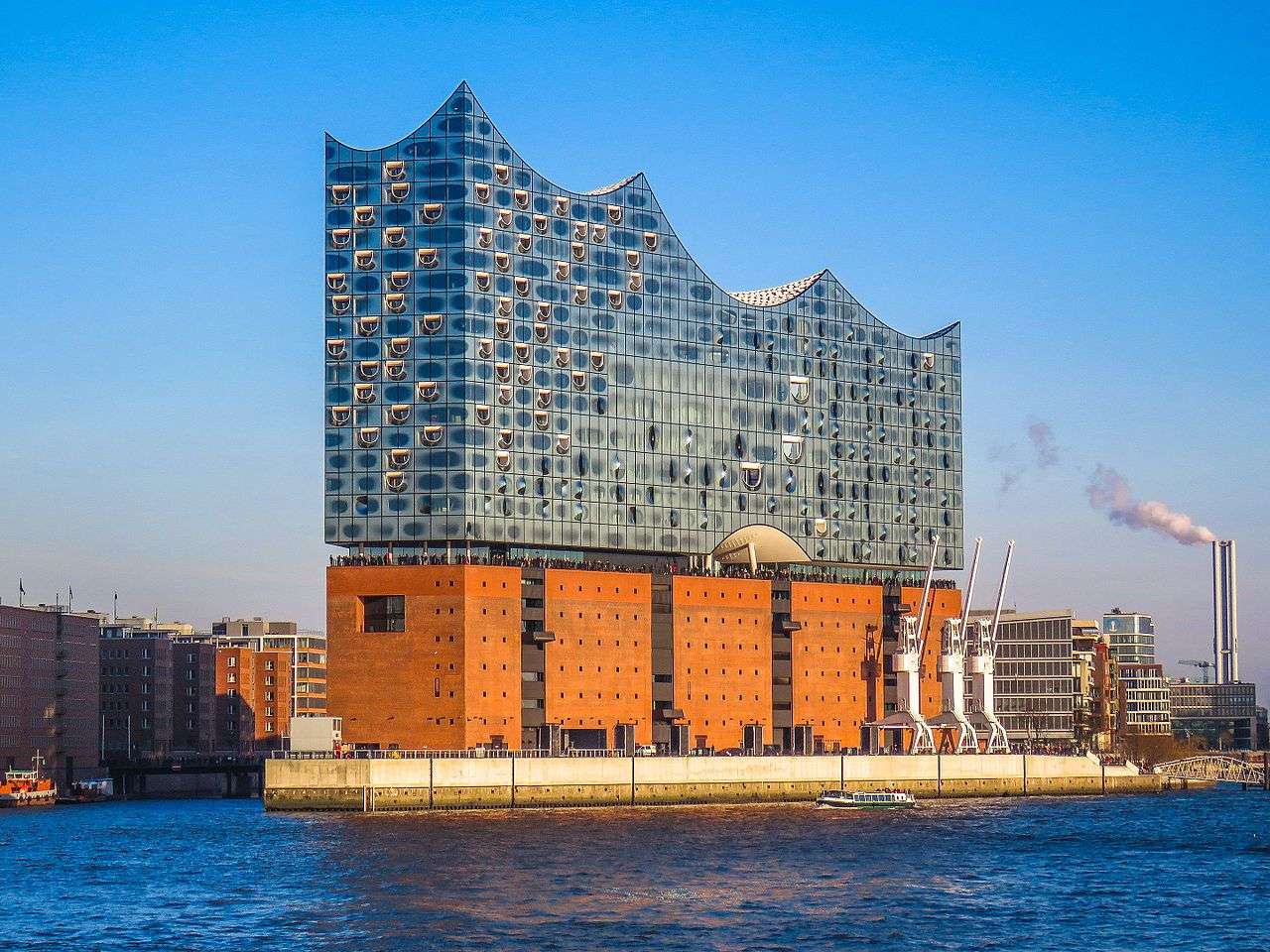 Berlin may be the traditional German city of ‘cool’ but Hamburg, Germany’s second biggest city, is hot on its heels. Europe’s second biggest port evokes an image of cranes, container ships and dour faces, but newly regenerated Hamburg is, in reality, verdant and picturesque, characterised by trees, bridges and money. With some 2,485 bridges, 126 parks and a brand spanking new waterside district, this chameleon like city has a thriving cultural, art and nightlife scene. From the famous Reeperbahn district to the Sunday Fischmarkt, Hamburg is a night out not to be missed.

Looking back across the Inner Alster Lake toward the pleasing skyline of church spires one could be forgiven for thinking they were in one of Switzerland’s gentle cities, rather than Germany’s heart of shipping and media industries. The al-fresco cafés sitting lakeside, next to manicured gardens, cycle paths and joggers, is just one face of this multi-faceted destination. Cross the lake to the city centre and admire the majestic neo-renaissance Rathaus towering over the canals, designer shops and gleaming department stores that branch off from the town hall. By day the city centre offers a sophisticated shopping experience, but as dusk approaches neighbouring districts are the places to head.

Hamburg’s bohemian quarter ‘Schanzenviertel’ is a must-visit neighbourhood embraced for café culture, curio shops, trendy bars and a young population of trendsetters and creative spirits. A tangible air of liberalism permeates Schadze where walls, doorways and the odd car have become a ‘blank canvas’ for graffiti artists. The most impressive mural is located in ‘Flora Park’ and rises skyward for 20 metres on two sides of a building and doubles as the backdrop for a climbing wall. Small independent bars, as cosy and kitsch as your grandmother’s front room, punctuate the area. Just off the main artery is the aptly named ‘Central Park’, continuing Germany’s fascination with beach bars – sand, decking and cocktails create a relaxed inner city oasis. It is no wonder ‘Schanze’ residents are very protective to keep this liberally minded zone away from the grasp of counsellors and property developers.

Late nighters and clubbers head for the world famous ‘Reeperbahn’ area of the St. Pauli district. By day it appears slightly dull and shabby, as if suffering from a self-induced hangover from the night before, but as dusk falls, the neon-lit street flickers into action and is ready for another all night party within 650 bars set over 1.8 square kilometres.

Renowned for a red-light industry that casts a seedy shadow over the area, the Reeperbahn is far more than just a sex-district, but the hub of a thriving entertainment scene where the ‘Operettenhaus’ (Opera House), Shmidts Tivoli Theatre, sex shops, a police and petrol station stand side-by-side. Home to techno trance clubs and some of the cities trendiest venues, this old rope-making district (Reeper = Rope) has a history to match the nocturnal vibrancy. John Lennon famously quoted ‘I might have been born in Liverpool – but I grew up in Hamburg’. Early in the Beatles career the Fab four played at a number of venues in the Reeperbahn the last of which was the ‘Star Club’. Whilst the club no longer exists, the legend continues with a ‘Beatles Platz’ being created at Grosse Freiheit close to where they played.

If partygoers from Schanze and the Reeperbahn feel daybreak is no indication to head home, tradition dictates heading to Altona’s Fischmarkt. Revellers and early morning market goers converge on the banks of the River Elbe, the former continue drinking Astra beer and listening to live bands under the iron canopy of the iconic former fish auction hall. The latter throng the rows of stalls in the bric-a-brac market or listen to the amusing sales patter of the Eel sellers.

Hamburg’s future lies just 800 metres from the town centre at ‘Hafencity’, a complete new waterside district, currently Europe’s largest inner city renewal project and, once complete, will emerge as a cultural zone offering a new generation of sleek, designer bars and restaurants that will rub shoulders with the new Elphilharmonie (Elbe Philharmonic Hall), the showcase building designed by Herzog de Meuron. A new glass crown of waves sitting upon ‘Kaispeicher A building’ a former cocoa warehouse, will be the landmark creation of the new harbour side development. Nearby, the spectacular late 19th Century warehouse district ‘Speicherstadt’, is a glimpse into the cities maritime past.

Arguably, the city’s most famous philanthropist Peter Tamm has housed his incredible collection of maritime artefacts in ‘Kaispeicher B’ warehouse dating to 1879. The brand new International Maritime Museum is set over 10 floors with some 26,000-model ships on display.

Hamburg’s mixture of diverse districts blending past, present and future, reinforces Germany’s reputation as one of Europe’s most innovative and exciting nightlife destinations.

Where to Stay in Hamburg