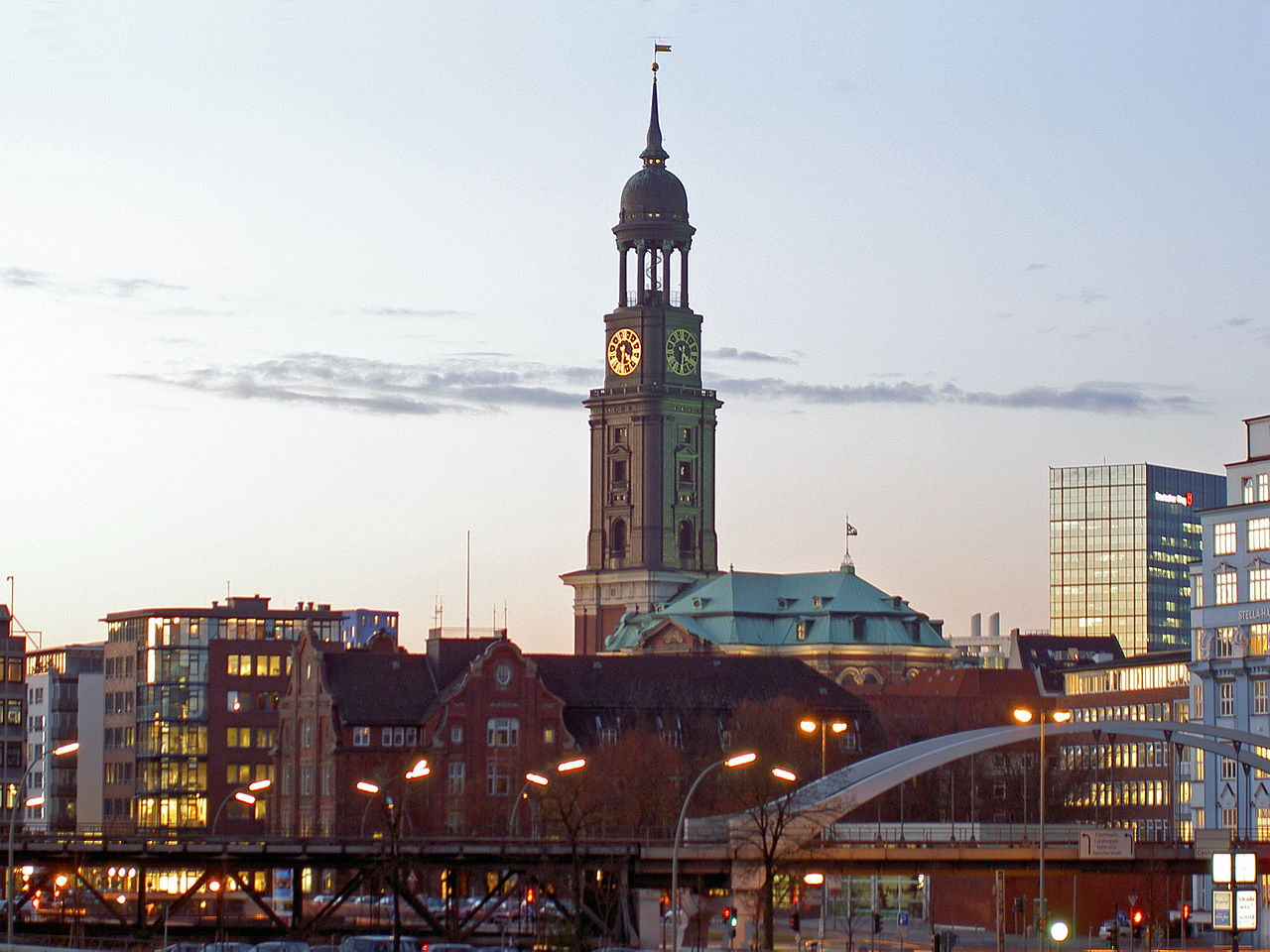 This fully operation and highly busy port city, is Germany’s second largest city and is choc full of canals and bridges and scenic lakes. It is primarily famed as an advertising and media centre and substantial shipping industry. You’ll see huge container ships on the busy Elbe river (where the port is located). But it is also a city for fun and fast becoming a hip destination for clubbers and culture vultures.

From above Hamburg is defined by the steeples of its major churches. The most famous is the 132 metre tower of St Michael church, referred to affectionately by the locals as ‘Michel’.

The landscape at ground level provides pretty promenades and shopping Malls especially in the cosmopolitan St Pauli district. The Speicherstadt warehouse district is offers the city’s signature canals and scattered throughout are parks and gardens which have given Hamburg the accolade of being Germany’s greenest city while the Reeperbahn, renowned as the red light district offers a rather hedonistic dimension.

Tipping: Service is not generally included at restaurants but a discretionary tip of 10-15 per cent is expected. At hotels housekeeping and porters expect 2-3 euros. Taxi drivers expect 10-15 per cent tips.

Climate: Hamburg has pleasant summers with temperatures around 20°C (68°F) and famed for its Reizklima (healthy, bracing climate).

Best time to go: Peak time tends to be in the summer when the weather is at its best.

Getting around: Hamburg has the HVV transport network. Buy your ticket from the driver when you alight. There are also two extensive subway lines: the U-Bahn subway, the S-Bahn rapid transit system and the mainline trains system. Buy your tickets from bright orange machines at the entrance of any station.