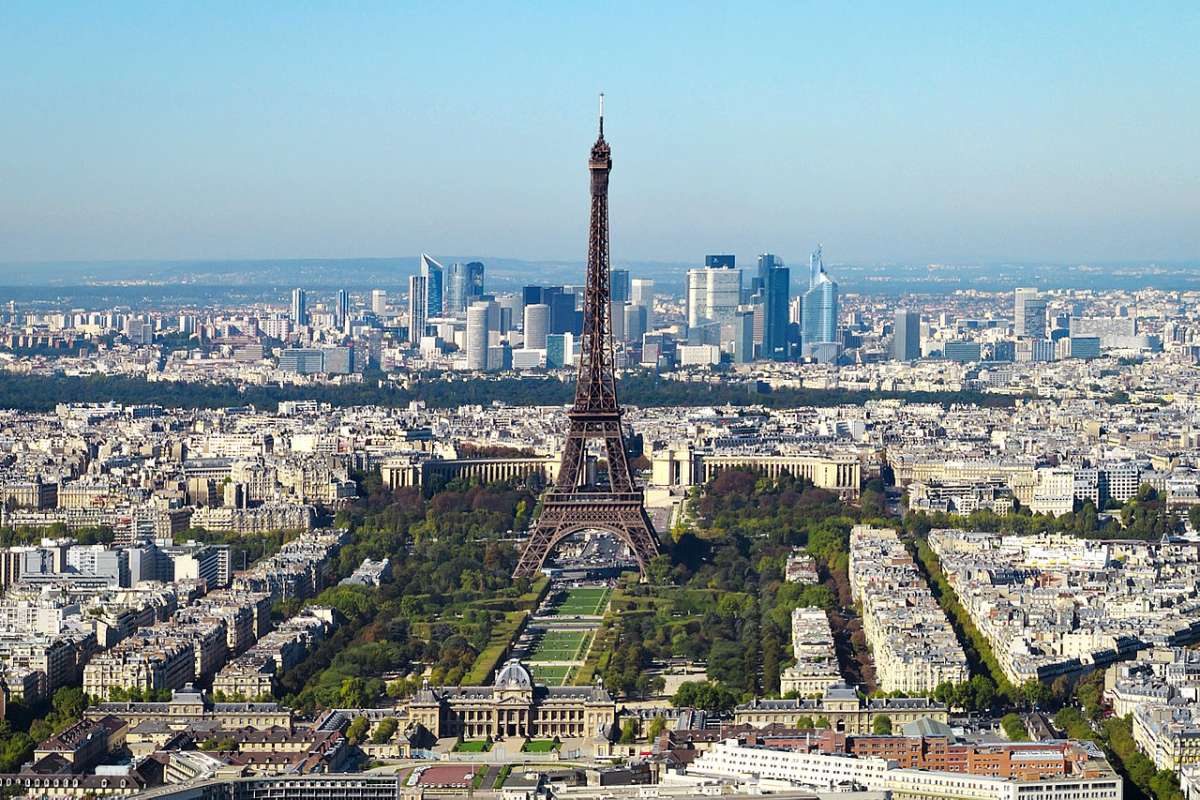 What: Capital of France

Location: On the River Seine, in northern France, at the heart of the Île-de-France region (“Region Parisienne”).

Tipping is referred to as service in Paris. A service charge is usually levied in restaurants and this is indicated by the words service compris. To confirm you can ask but use the word service not tip. In this case, no tip is required but you can leave spare change. Taxi drivers expect tips of about 10% of the fare. Hairdressers will expect about 10% also. Porters, doormen and room service can be offered a small gratuity.

Paris has four seasons, spring, summer, autumn and winter. The average temperature in Paris is 12°C (53°F). In the summer temperatures are mild to warm and with occasional heatwaves which can exceed 30°C (85°F). Winters are very chilly and temperatures hover around freezing.

Paris in the spring is traditionally the best time if you want colourful blooms, vibrant streets and café culture. Summer is great for festivals and open-air events but does get a little congested and unpleasant due to the fumes of traffic. The French summer holidays start July 15 and last to the end of August and at this time many Parisians leave the city to go on their holidays. This means that some shops and restaurants close at the time.

During spring and summer, hotels rates, air and train fares are at their highest and of course there are the crowds. In autumn the days get more chilly but hotels and travel become cheaper and the city becomes more festive in the run up to Christmas. The exception is during fashions shows that take place in September and October when finding a room can be very difficult. Paris is fun in the winter but it is very cold.

The sleek Paris Charles de Gaulle Roissy Airport (CDG) is the largest airport serving Paris. It is located 23 kilometres (15 miles) north-east of Paris near the village of Roissy en France. There are 3 terminals terminals. Terminal 2 is the new one and Terminal 3 is dedicated to european or domestic flights only. There is an integrated rail system that goes direct into the capital on the RER/TGV trains. It takes around 45 minutes. Regular RATP buses and taxis also provide transport straight into the heart of the city. RoissyBus: Departs every 15 minutes between Roissy Terminal 2 and Opéra during the hours of 5.45am – 11pm. Average driving time is around 45 minutes, depending on the traffic.

Orly Airport is located 10 miles South East of Paris – Dedicated mainly to European and domestic flights. There are two terminals. TOrly-Ouest – Terminal West and the older Orly-Sud – Terminal South which handles most of the long haul routes. Orlybus: This is a bus service to and from Denfert-Rochereau Métro/RER stop (bus is next to the RER stop). Departs every 15 minutes; expect about 45 minutes travel time though it will depend on traffic.

Located outside Paris and mostly used by Ryanair.

The Régie Autonome des Transports Parisiens or RATP is an integrated, five-zone system of bus, métro and trains that is both cheap and efficient. RATP tickets are valid on the métro, RER or bus network. A single ticket costs 1.40 euro and a book of 10 carnet for 10.50 euros.

Paris Visite Pass offers unlimited travel on all metro, RER trains and buses including excursions to Versailles and Disneyland. Valid for 1, 2, 3 or 5 days consecutive travel, the card is good value if only for the time saved standing in queues. You can buy this at RATP stations, tourist offices and some tobacconists.

The Métro is the easiest way to get around. Métros operate daily 5.30am – 12.30am, lines are colour-coded and designated by numbers. There are 14 métro lines that extend into zones one and two in the centre of Paris. Line 14 – métro Météor, runs from Gare St-Lazare to Bibliothèque François Mitterrand uses brand new driverless trains. Some stations are quite beautiful. Liege on Line 13 has fantastic tiling, Abbesses on Line 12 has beautiful murals and the Louvre on Line 1 looks like a museum. Transport maps are avaialbe at tourist offices, métro stations and bus terminals.

There are 6 major rail stations in Paris (Gare du Nord, Gare de Lyon, Gare d’Austerlitz, Gare St Lazare, Montparnasse, and the Gare de l’Est) where trains depart for various destinations within France and other European countries. The Gare du Nord is the site for the cross channel train the Eurostar which connects France to the UK in under 3 hours.

Operates daily from 5am – 1am. This is a surburban express network. It has five lines – A, B, C, D, and E – which operate in five zones. It is linked to the métro network, and some SNCF trains.

Operates Monday to Satruday 6.30am to 9pm. A few continue to 1.30am. Sundays and bank holidays have half the service. Night buses – Noctambuses – operate from 1am to 5.30am hourly with reduced rate on Sunday and runs between palce du Châtelet by the Hôtel de Ville and the suburbs. Bus routes are numbered and stops display the buses taht stop there.

Hail a taxi in the street or at taxi ranks (arrêts taxis) found at airports, stations and close to main road junctions. A white light displayed on the roof shows that the taxi is available for hire and an orange light shows the taxi is in use. Taxi ranks have telephones, so if there are no cars in the rank you telephone for one. The minimum charge for a taxi ride is €5.10, but make sure the meter is on otherwise you may have to haggle. Taxi’s also charge per item for any luggage stord in the boot and levy a surcharge at night.

The lasting perception of Paris as a city of romance, style and even a touch of arrogance, seems to be embodied in its current flamboyant, president Sarkozy and his chic rock and roll wife, Karla. Certainly Parisiens have a lot to be proud of – their city is beautiful in its architecture and language and though beret clad men still play boules along its river, today’s Paris can boast a multi-cultural offering in its eclectic cuisine, music and cultures.

Paris is arranged in a series of 20 spirals called arrondissements and are referred to by their number 1 to 20. Each arrondissement has its own idiosyncracies and character. Arrondissment 1, at the centre of the spiral and is the oldest. Number 2 is the financial district, 4 is where Notre Dame is located, 5 and 6 include Saint German with its bars and restaurants and 8 is the business and hotel district. Montmatre, famous for its artists is in the 18th arrondissment.