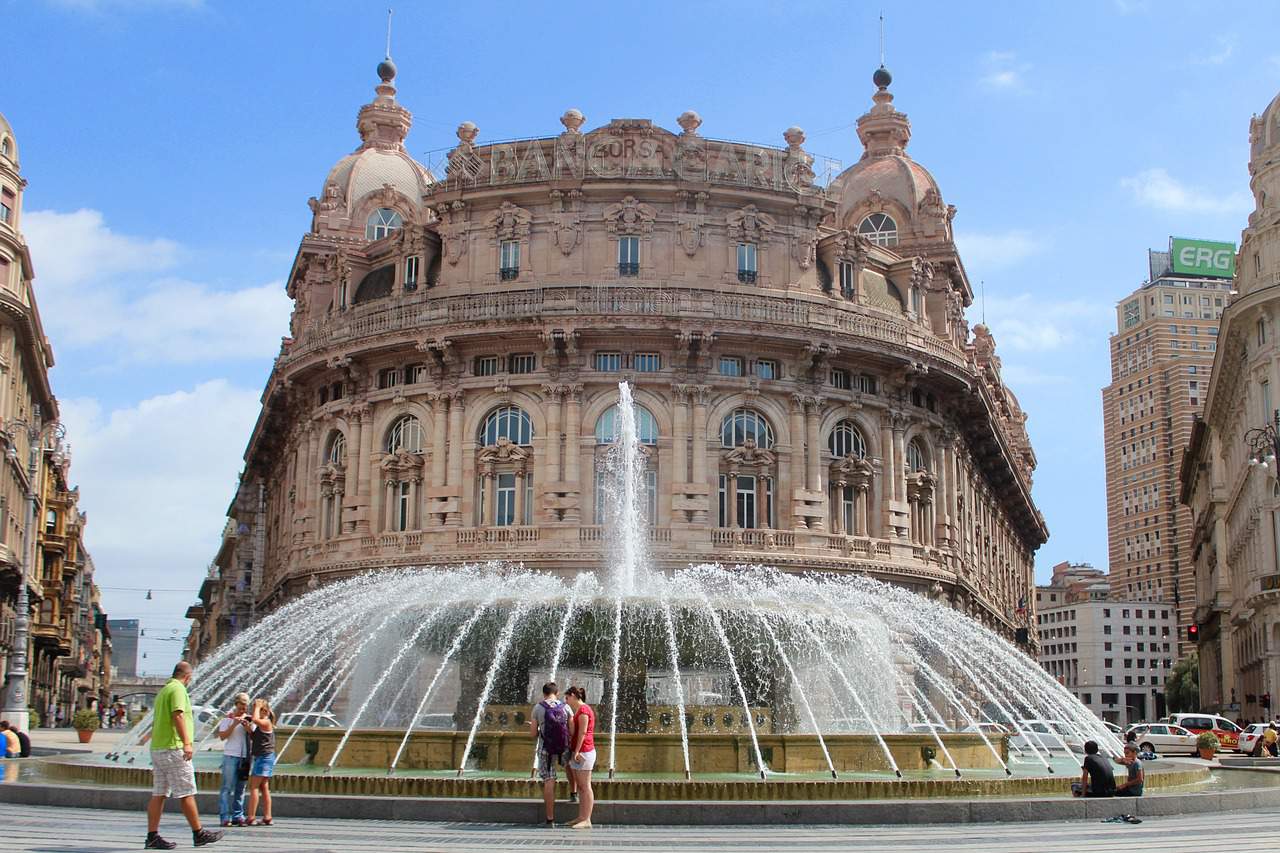 Often overlooked by sun-seeking tourists in a rush to get to picturesque Portofino and pastel-painted Cinque Terre, Genoa is one of Italy’s most underrated and historically significant cities.

This former maritime power has much to boast about: birthplace of world navigator Christopher Columbus, home to the prison from which Marco Polo dictated accounts of his travels, Italy’s first football team, and inventors of pesto.

Genoa’s topography, nestled between mountains and sea, means that the city is blessed with temperate weather all year round and, with direct two hour flights from the UK, it’s the perfect escape for those in search of history, culture and hearty Italian fare, any time of the year. 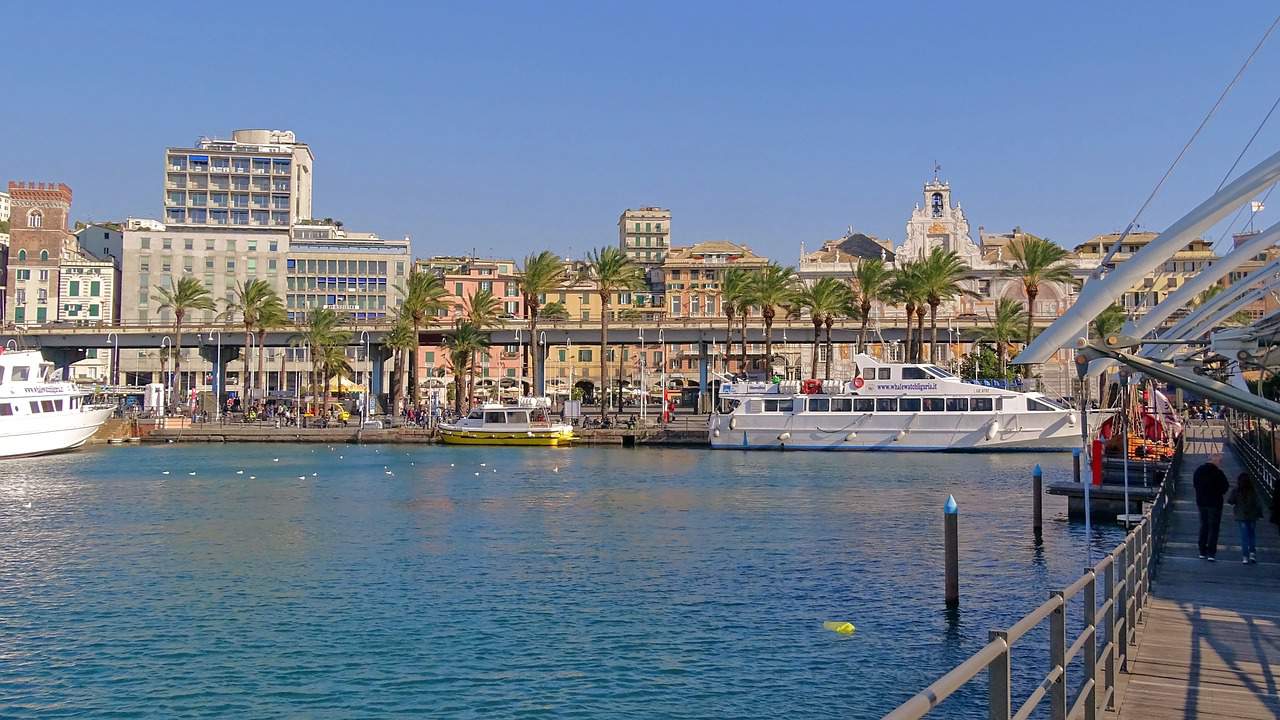 This compact city is more than a gateway to the Italian Riviera, it’s a destination in its own right.

Reacquaint yourself with the renaissance at Vecchia Genova, a Sixteenth Century palazzo located in the historic centre of Genoa, just 300m from San Lorenzo Cathedral.

Days begin with homemade brioche and organic jam breakfasts served on the terrace and end in blissful slumber in spacious, stucco-walled bedrooms.

For something a little more luxurious, treat yourself to the Grand Hotel Savoia, Genoa’s most opulent lodgings. This five star hotel was established in 1897 and has long been a favourite amongst old Italian aristocracy. Soothe your sightseeing-worn limbs in the hydro-pool on the terrace or at the on-site spa.

Following a large-scale regeneration project in the early 1990s, the old port or Porto Antico is now an oasis of waterfront restaurants and bars, complete with a panoramic lift, a tropical rainforest biosphere and Europe’s largest Aquarium. 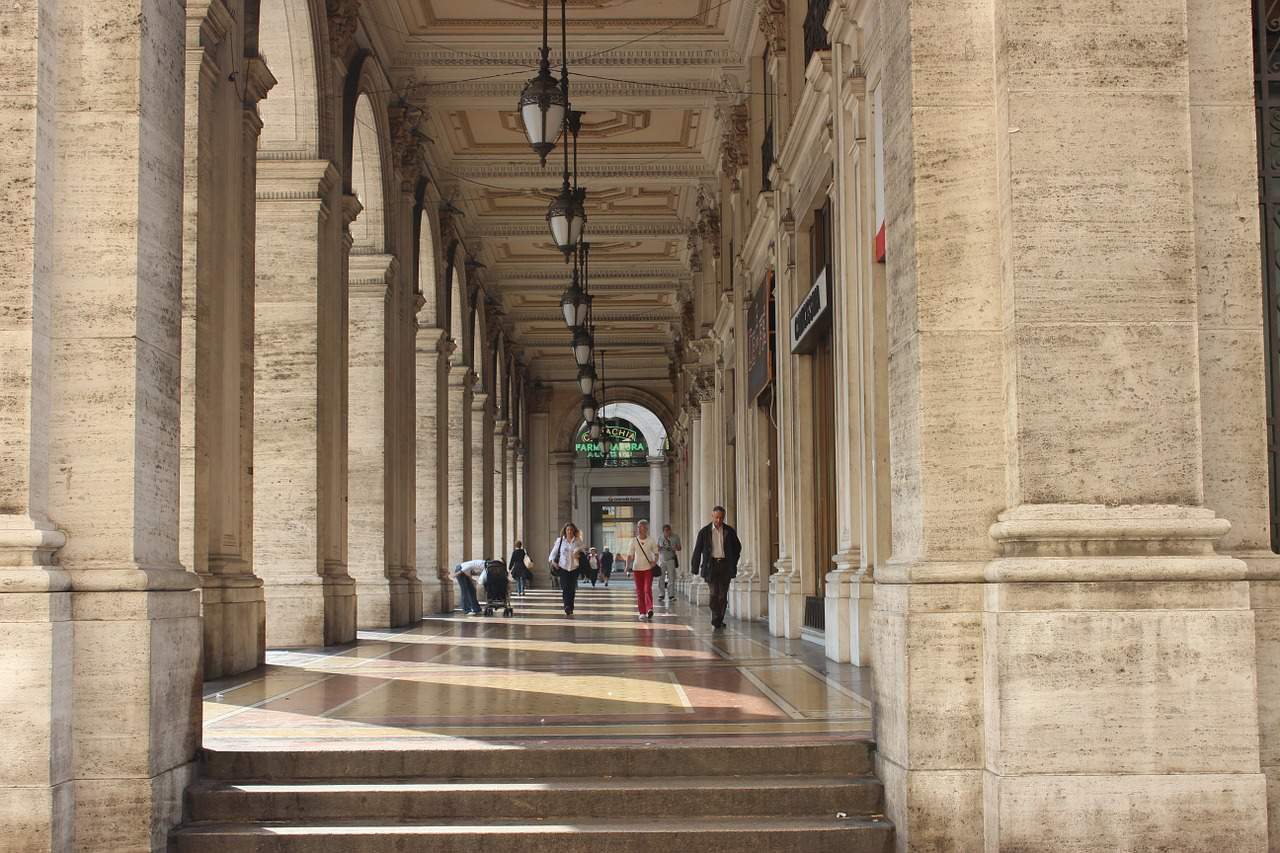 But, to experience Genoa at its most enchanting, wander around the tangle of narrow alleyways named “Carruggi” which unfurl behind the port and lead to impressive palaces like the Palazzo di San Giorgo, formerly one of Europe’s first banks and before that a prison for Venetian captives such as Marco Polo.

One of Genoa’s most splendid streets is the 250m long UNESCO protected Via Garibaldi or “Street of Kings”, a completely pedestrianised street lined with magnificent Sixteenth Century palazzi.

Two of the most illustrious palaces – Palazzo Rosso and Palazzo Bianco – are now art galleries housing works of art from old masters, including Van Dyck, Caravaggio and Veronese. Take the glass lift to the panoramic roof at Palazzo Bianco for one of the finest views in the city.

The Genovese will claim that focaccia, the famed Italian flatbread, was invented in this seafront city. Here it is served in thick squares veiled in a crusty surface, punctuated with dimples filled with Ligurian olive oil and salt, served with a cappuccino for breakfast. Get to café lined Piazza del’Erbe early to watch the city wake up. 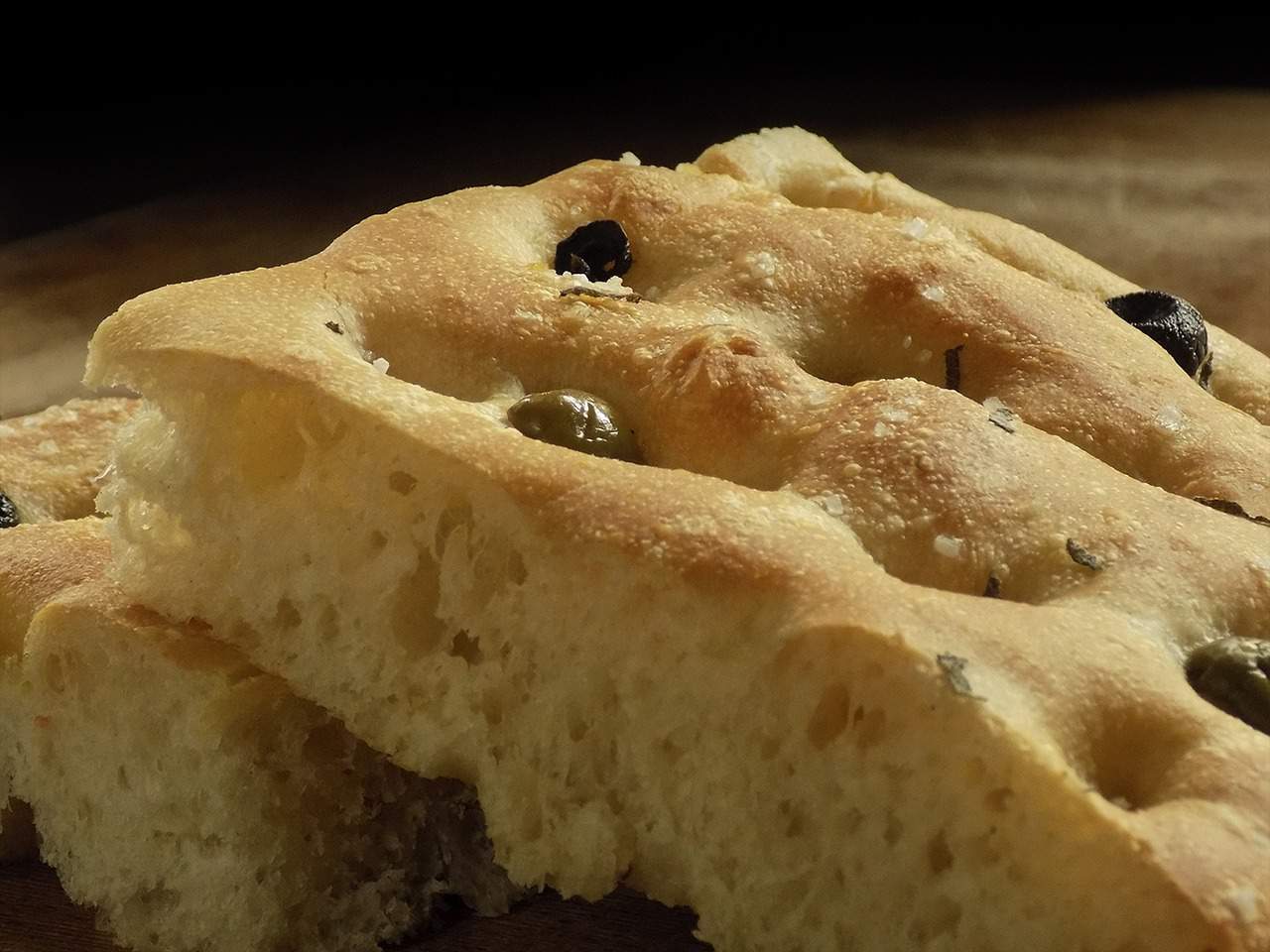 One of the best local haunts for lunch is the decidedly rustic Via Sottoripa, a narrow arcade which runs parallel to the port, where tiny street stalls sell la farinata, an unleavened crepe made from chickpea flour, and friggatorie sell fried fish served in paper cones.

Genoa’s close proximity to both sea and mountains makes for a diverse regional cuisine, rich in fresh fish and seafood, as well as legumes, nuts and an abundance of olives.

Zeffrino, a stone’s throw from the house which Christopher Columbus allegedly lived in, serves fancier fare than most and has been frequented by everybody from Frank Sinatra to Pavarotti.

For a truly Genovese experience, tuck into a steaming bowl of fresh trofie pasta served with lashings of vivid green Genovese pesto.

The Genovese have mastered the art of the aperitivo; evenings are passed unwinding with friends, clinking glasses and nibbling on tiny pastries, peanuts and crostini. Try Bar La Tantana, which sits on the on the sea front, for sunset sea-views with your Aperol Spritz.

Genova is also home to a fine selection of wine bars and, by night, chairs and tables spill out onto the pavements around popular bars on Piazza del’ Erbe, Via San Donato and Via San Bernardo. Cantine Matteotti is a local favourite, with ‘Wines of the Day’ scrawled on to blackboards and glasses accompanied by wooden trays of salame and local cheeses.

Like Venice, Genoa’s distinguished trade history with North Africa and the Middle East has left a legacy, notably in the city’s taste for exotic luxuries like candied fruits and spices.

Pietro Romanengo lures customers in with its windows adored with tiny colourful candied fruits and rose syrup sweets and at the Drogheria Torielli spice shop, clientele queue for jars of colourful spices, jars of amber honey and aromatic herbs labelled by hand.

The arcaded Via XX September is lined with small independent Italian boutiques, though for those with their sights on loftier labels, Via Roma offers the biggest Italian and international brands. Don’t miss the historic Via Garibaldi 12, a concept store houses everything from clothes, to soap, to stationary.

Genoa’s mild climate lends itself well to a rich variety of plant life, making it a haven for horticulturists. 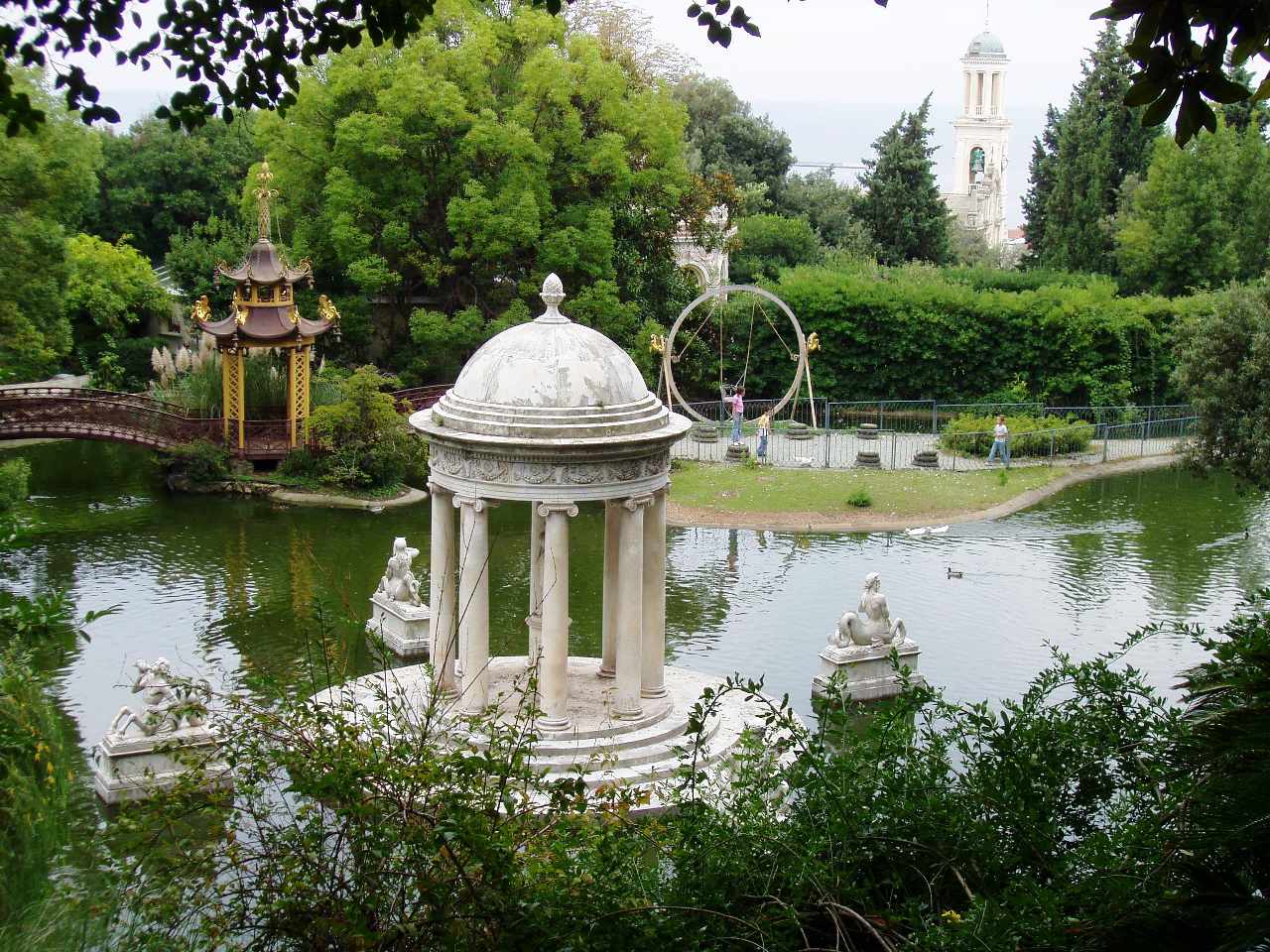 Noblemen of the Nineteenth Century expressed their status and wealth in the form of sprawling villas with spectacular gardens, of which Villa Durazzo Pallavicini is one of the most romantic. Designed by Michele Canzio, a set designer at the Teatro Carlo Felici, the terraced landscape features meandering footpaths winding around palm trees and exotic flowers, neoclassical architecture and a botanical garden.

Genoa is served by direct flights from London Standsted with Ryanair and London Gatwick with British Airways.