BA: Farewell to the Boeing 747 aircraft – Queen of the skies 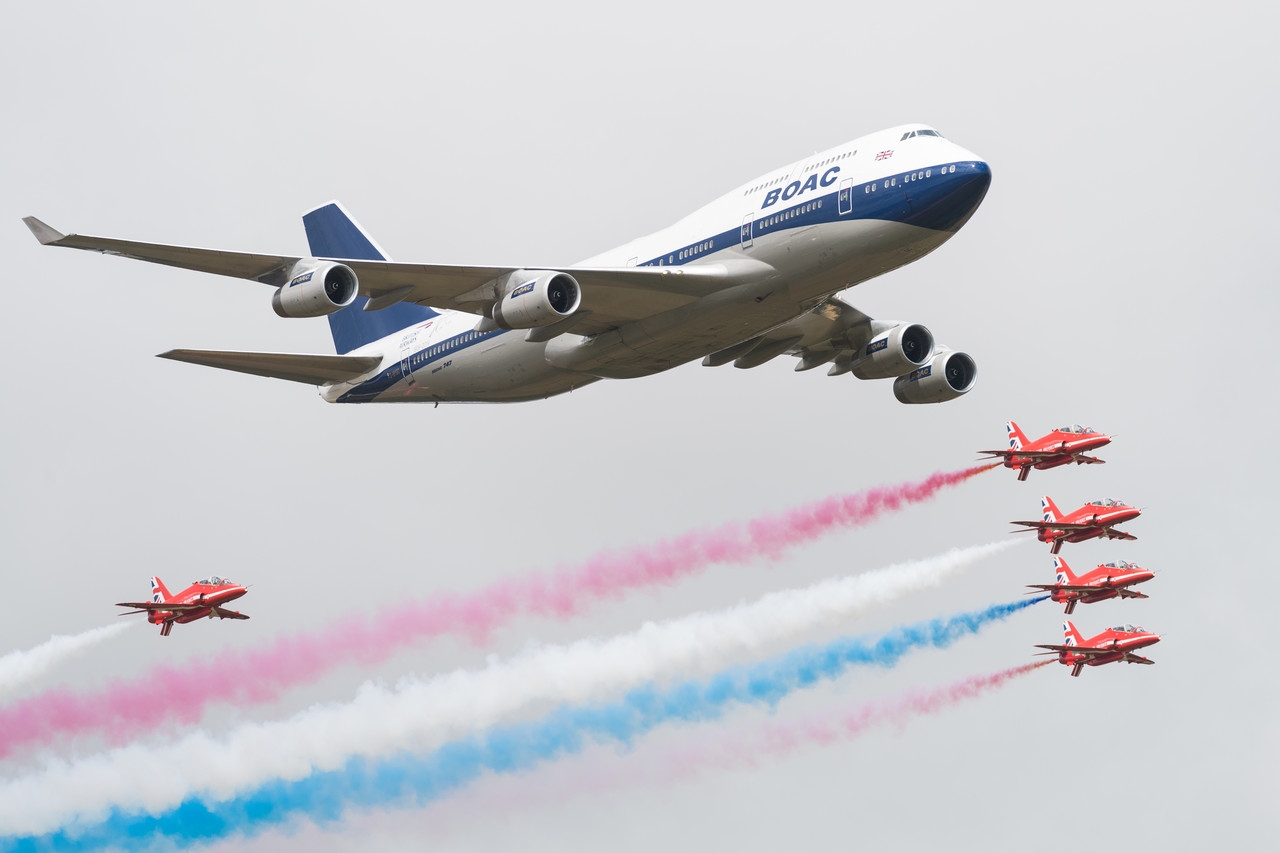 British Airways announced it is bidding a fond farewell to its fleet of Boeing 747 aircraft – a plane fondly known as ‘The Queen of the Skies’.

After nearly five decades of service and millions of miles flown around the globe, it is proposed that the airline’s remaining fleet of 31 747-400 aircraft will be retired with immediate effect as a result of the devasting impact the Covid-19 pandemic has had on the airline and the aviation sector, which is not predicted to recover to 2019 levels until 2023/24.

Just a year ago, British Airways lovingly re-painted four of its jumbo jets in heritage colours to mark the company’s centenary. 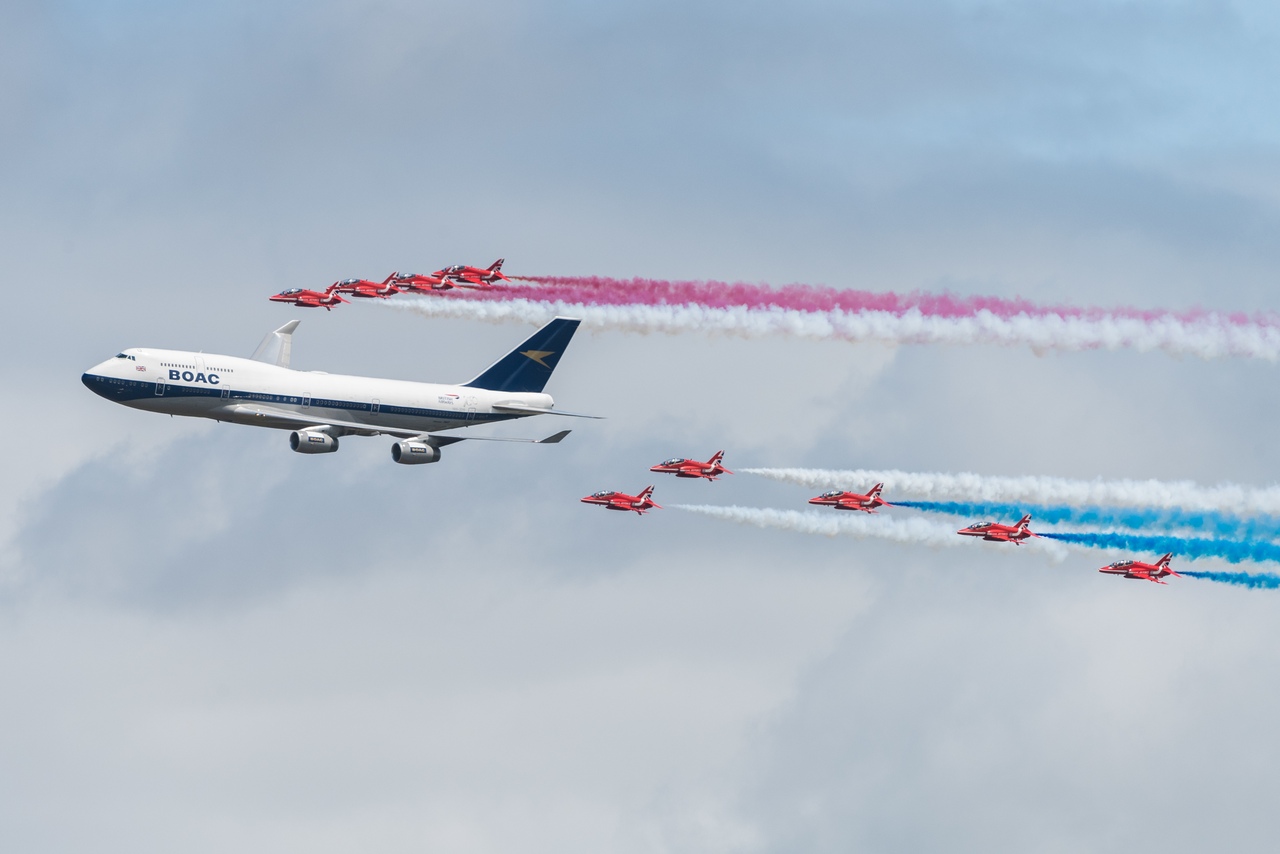 A British Airways special liveried Boeing 747 takes to the skies alongside the Red Arrows during the 2019 Royal International Air Tattoo on July 20, 2019 at RAF Fairford. The Boeing 747 was painted in the airline’s predecessor British Overseas Airways Corporation (BOAC) livery to mark British Airways’ centenary this year. (Photo: Ian Gavan/Getty Images for British Airways)

The BOAC jet put in a guest appearance with the Red Arrows much to the delight of spectators at the Royal International Air Tattoo, and sadly the aircraft will shortly be heading towards its final resting place alongside 30 others. 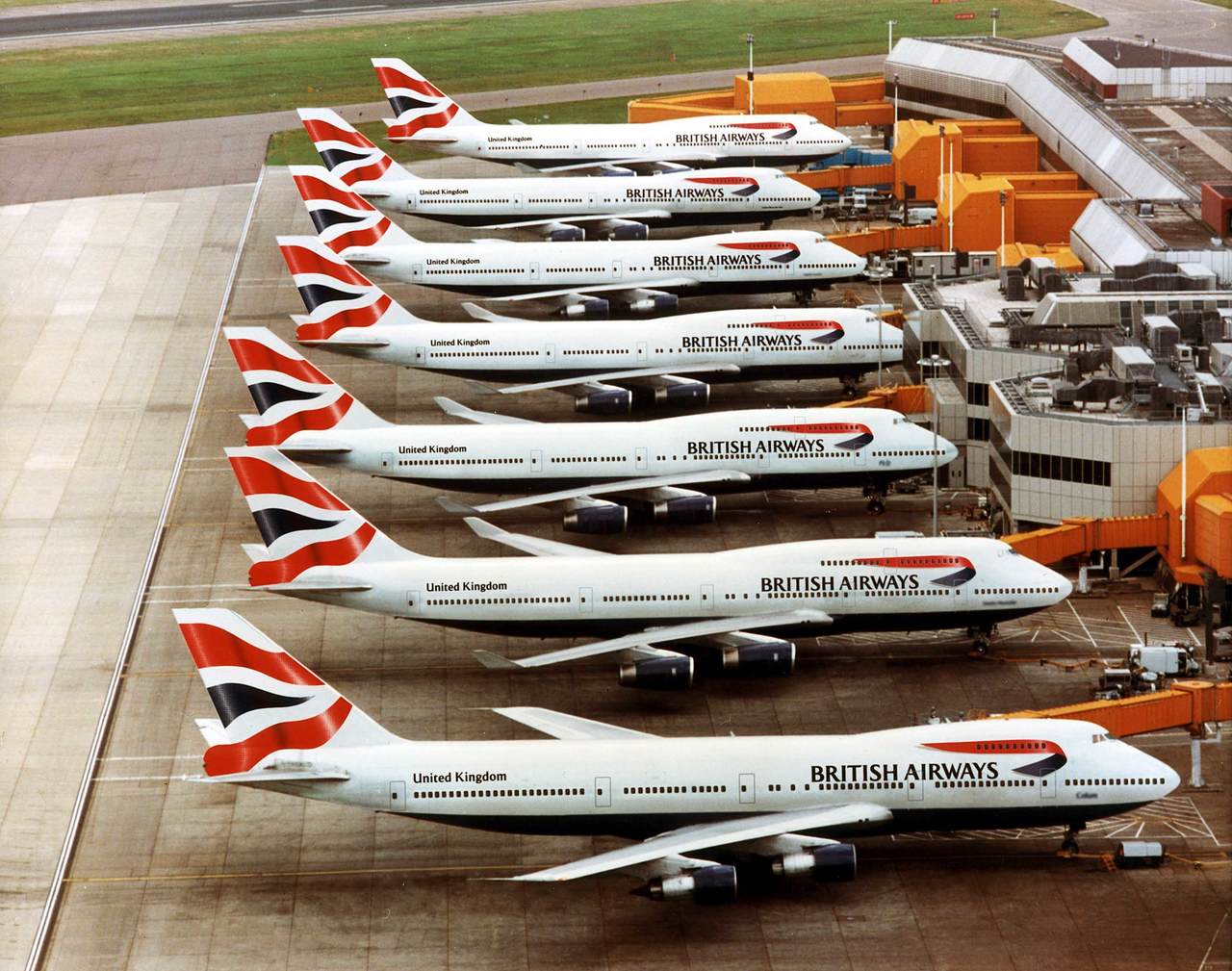 The fuel-hungry aircraft were slowly being phased out by British Airways as they reached the end of their working life in order to help meet the company’s commitment to net-zero by 2050.

The airline has invested heavily in new, modern long-haul aircraft including six A350s and 32 787s which are around 25 per cent more fuel-efficient than the 747. As part of the airline’s £6.5 billion injection into customer experience in recent years, existing aircraft have been refurbished and the brand new arrivals have come into the British Airways’ fleet complete with a luxurious business class Club Suite product.

“This is not how we wanted or expected to have to say goodbye to our incredible fleet of 747 aircraft. It is a heart-breaking decision to have to make. So many people, including many thousands of our colleagues past and present, have spent countless hours on and with these wonderful planes – they have been at the centre of so many memories, including my very first long-haul flight. They will always hold a special place in our hearts at British Airways.

“We have committed to making our fleet more environmentally friendly as we look to reduce the size of our business to reflect the impact of the Covid-19 pandemic on aviation.  As painful as it is, this is the most logical thing for us to propose. The retirement of the jumbo jet will be felt by many people across Britain, as well as by all of us at British Airways.  It is sadly another difficult but necessary step as we prepare for a very different future.”

BOAC operated its first 747 London to New York service on 14th April 1971 and in July 1989 the first British Airways 747-400, the aircraft type the airline still flies today, took to the skies.

Plane spotters who lined Heathrow’s perimeter fences would watch as the magnificent 747-400 would typically take off at 180mph and reach cruising speeds in the sky of up to 565mph.

For the next decade the airline took delivery of 56 more of the aircraft, with its final plane delivered in April 1989. At the time, it was the largest commercial aircraft in the world, and it remained so until the Airbus A380 first took to the skies in 2007.

At one point British Airways operated 57 747-400 aircraft. The original aircraft featured 27 First Class seats and 292 Economy seats. Initially, the upper deck, widely described as the bubble, contained a lounge, with lounge chair seating. It was known as the ‘club in the sky’ and the aircraft also played host to the world’s very first flat bed seat which British Airways pioneered in 1999.

Today’s aircraft can seat up to 345 customers in four classes – First, Club World (Business), World Traveller Plus (Premium Economy) and World Traveller (Economy).  British Airways recently refreshed the interiors of a number of its 747 aircraft which were expected to remain in service for several years to come.

The airline’s jumbo jets are currently grounded at various locations in the UK and are now only expected to reach heights of 35,000 feet as they make their final journeys.

World Health Organisation (WHO) announces Covid is airborne. How to stay safe

Face masks for every occasion in the pandemic world