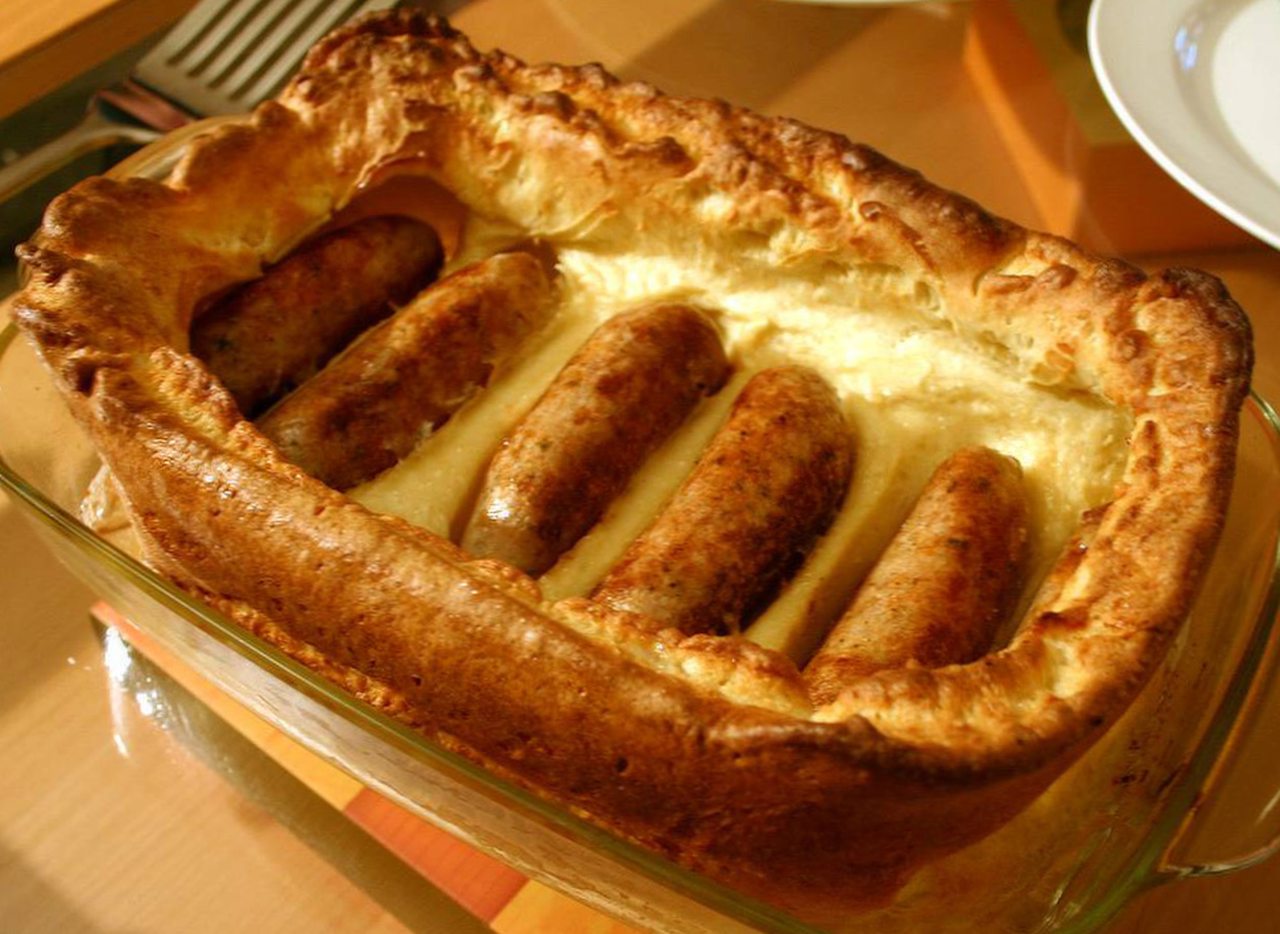 Toad in the Hole has been voted as the most popular dish Brits want to see in restaurants after Lockdown.

Set to make a comeback is Toad in The Hole, a traditional English meal made up of sausages within Yorkshire pudding batter. This has been voted as the number one dish the country would like to see back on menus after they emerge from lockdown.

Interestingly, but perhaps unsurprisingly, four out of five of people surveyed have never tried jellied eels, a dish synonymous with Cockney East London & favoured by the likes of Eastenders’ Danny Dyer – more for you Danny!

With only 15 per cent of millennials having tried tripe & offal, the delicacy is far from popular. Pease Pudding is more popular but more than one in six Brits have yet to try it. Another not so hot favourite is laverbread, with two out of three having never nibbled on the Welsh dish.

We always encourage people to try new and exciting foods, from different cuisines.

“It’s good to see classics like Toad in the Hole making a comeback and who knows, we could see modern re-inventions appearing on the menu as lockdown lifts!

How to make hand sanitiser at home

Edinburgh’s August Festivals Will Not Take Place in 2020