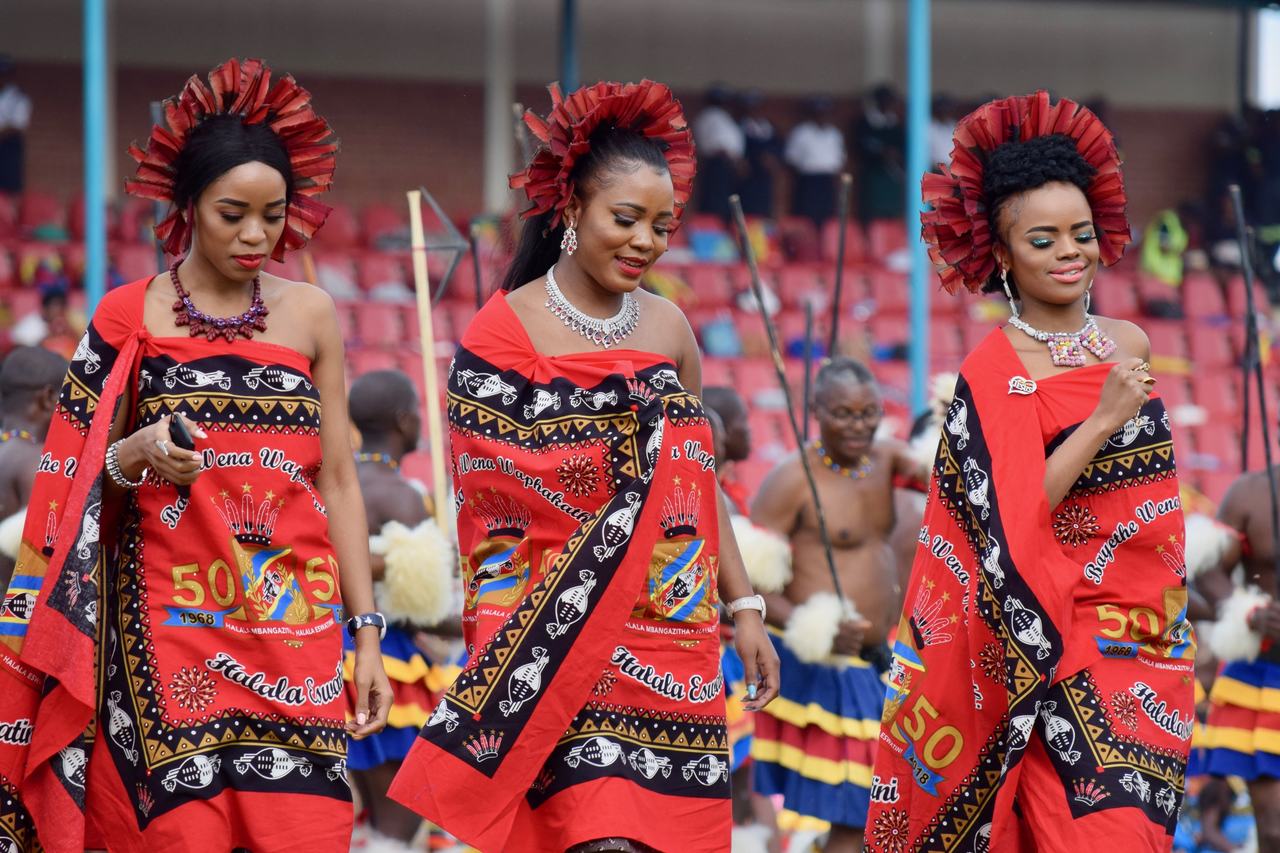 Swaziland is one of those countries which few people can actually place on the map. And just as few people can tell you that it’s actually no longer called Swaziland at all: King Mswati III changed the name of the country to eSwatini in April this year.

I arrived here as ignorant as anyone. I’d flown from London to Johannesburg with South African Airways, then driven four hours – much of it through the Kruger National Park – to the border with Swaziland. There were ostrich and rhino wandering loose outside the fuel station, which was the first sign of things to come.

It is unusual these days to arrive in a country with no preconceptions. The barrage of travel bloggers, glossy magazines, and documentaries on TV ensures that there are very few places left on Earth that we know nothing about at all. For me at least, Swaziland was one of them. I expected to learn something new; I didn’t realise I’d completely be blown away.

The best guess is that Swaziland has been inhabited for the past 200,000 years. The earliest people to live here were hunter-gatherers, and archeological excavations at the Ngwenya Mine – the oldest mine site in the world – show that it was already in use 43,000 years ago.

I passed through the Malolotje Wildlife Reserve, then continued on foot to the mouth of a cave. Early man would have sat here and chipped away at the red ochre, using it not only for rock paintings but for cosmetic purposes as well.

The Swazis have unparalleled pride in their national culture, and have preserved it remarkably well in spite of globalisation. The annual Incwala Festival and Umhlanga Reed Dance still draw participants from across the country, who perform before Swaziland’s revered king and queen mother. 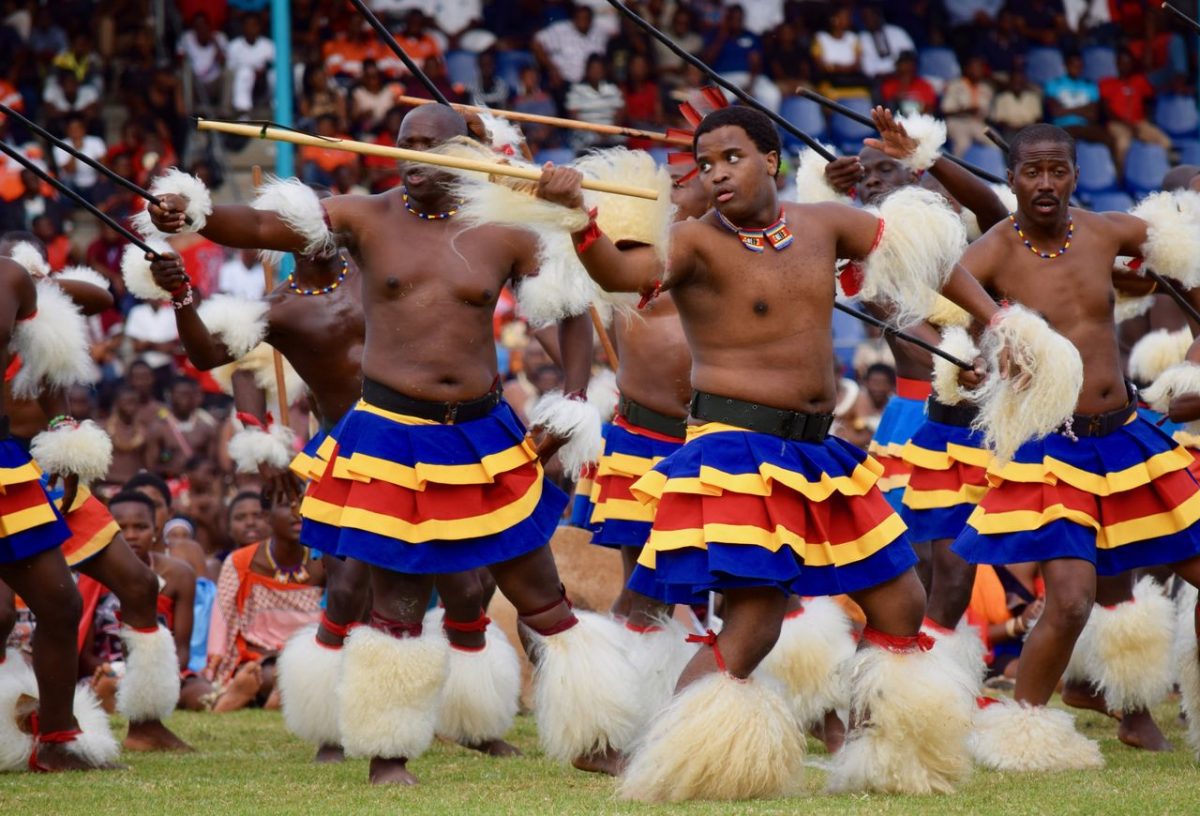 Wherever I went, there was dancing, in city stadiums and in traditional villages. Men and women typically dance, sing, and drum in single sex groups, demonstrating to all those who watch their energy and strength. 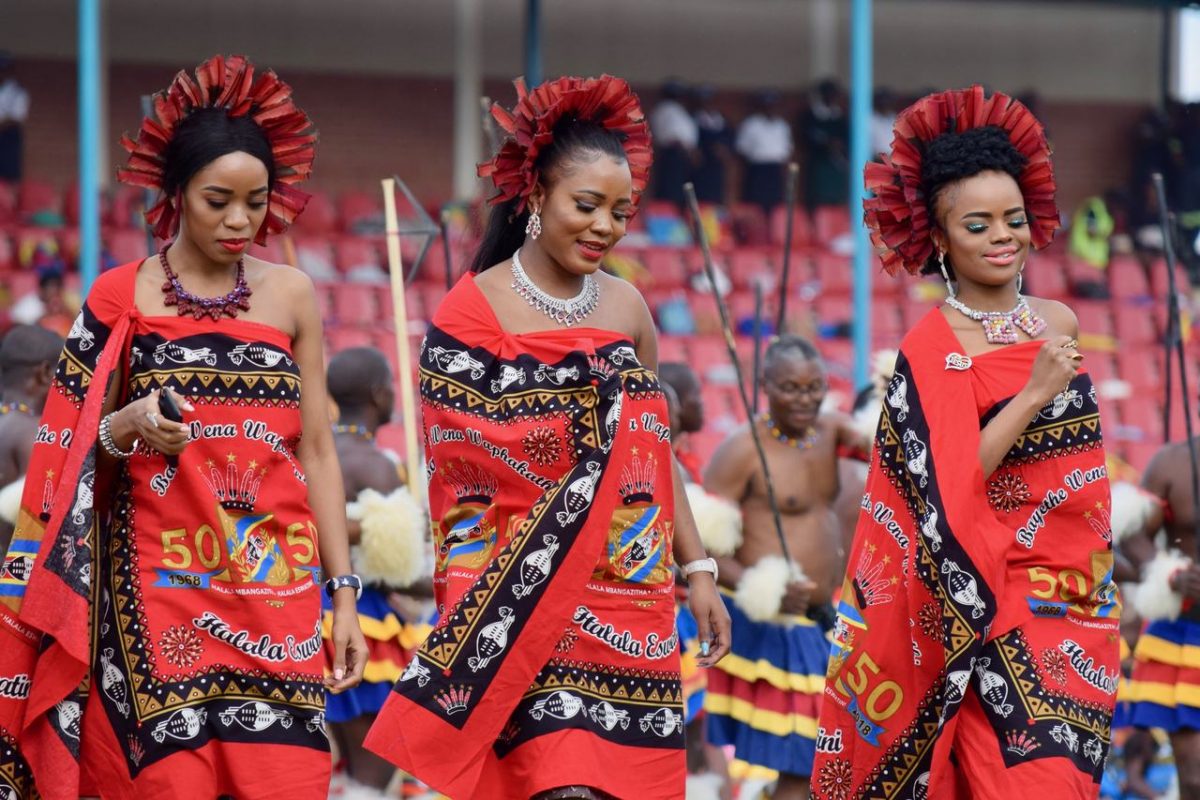 It’s an incredibly creative culture. You only have to look at the age old designs of thatched huts, national costumes, and the handicrafts which people produce. Swaziland is famed for its glass blowing and its candle making. The textiles and jewellery are exquisite, too.

The one thing I really didn’t expect to see was a high concentration of wildlife: there’s a reason that people go on safari in South Africa, Kenya, or Tanzania. But remarkably, Swaziland’s national parks are rich in big game, including a wonderfully high population of black rhino. 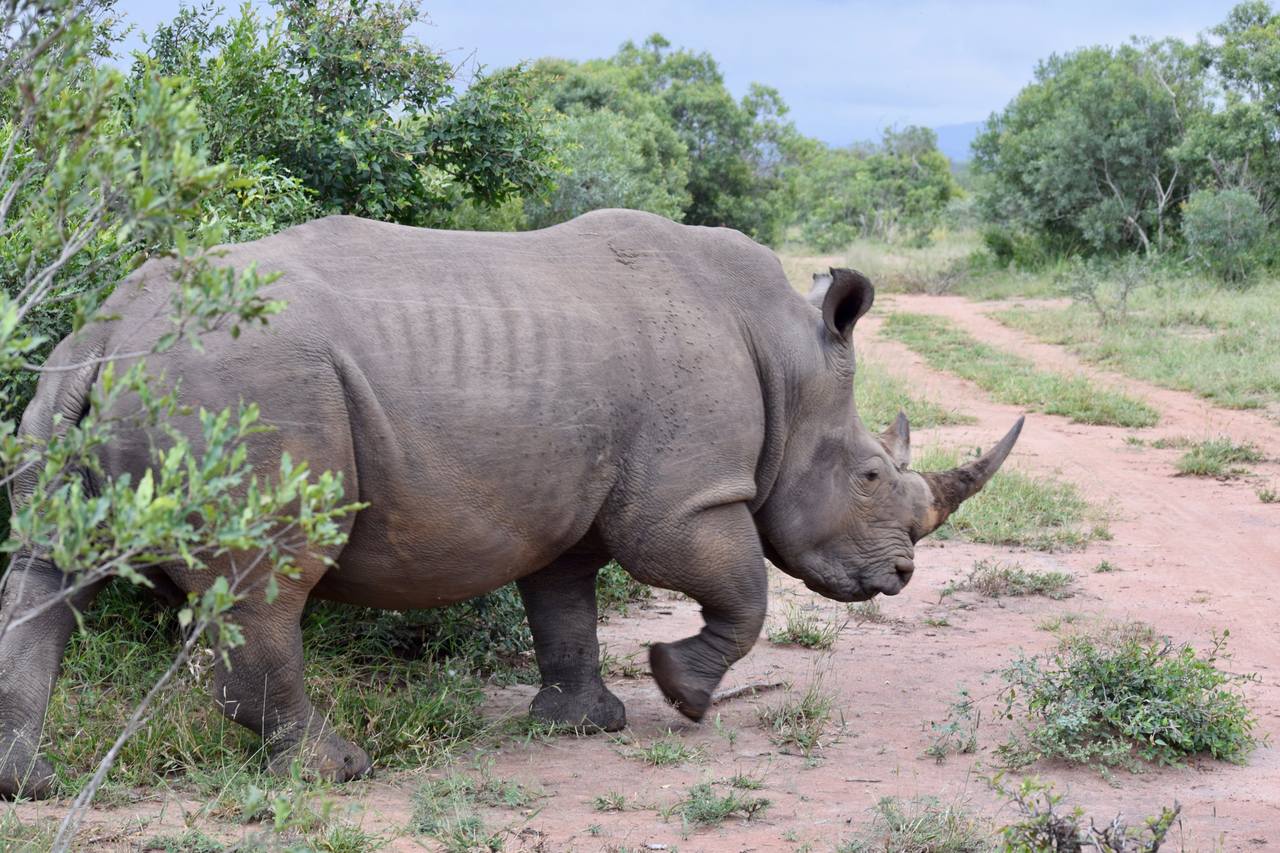 I drove out at dusk through the Mkhaya Game Reserve, following jeep tracks through the bush. The hippos wallowed in the pools, the heads of giraffe poked out above the trees.

All of a sudden, the guide slammed on the brakes. In front of us, right in the road, were rhino. They seemed totally oblivious to the fact that we were there, carried on eating, then after a short while turned, pointing their bottoms towards us, and casually wandered off. My heart was in my mouth – I’d never seen one, let alone two, black rhino that close – but in Mkhaya, it seems, such sightings are everyday occurrences.

With vast, unspoilt landscapes and a low population density, large parts of Swaziland are a wilderness ripe for exploration. It’s almost always possible to get out and about on foot and by 4×4, but sometimes the environment calls for a little more excitement.

Swaziland’s first and only canopy tour is in the Malolotje Nature Reserve. Strung from cliff to cliff, and with a pristine forest below, are numerous zip lines and also a wooden rope bridge.

I’m not afraid of heights but I do like being in control, so stepping off a platform and trusting that a harness would hold me required great determination. The first ride was terrifying, the second less so, and by the time I hit the third and fourth runs, I was zipping along with glee. 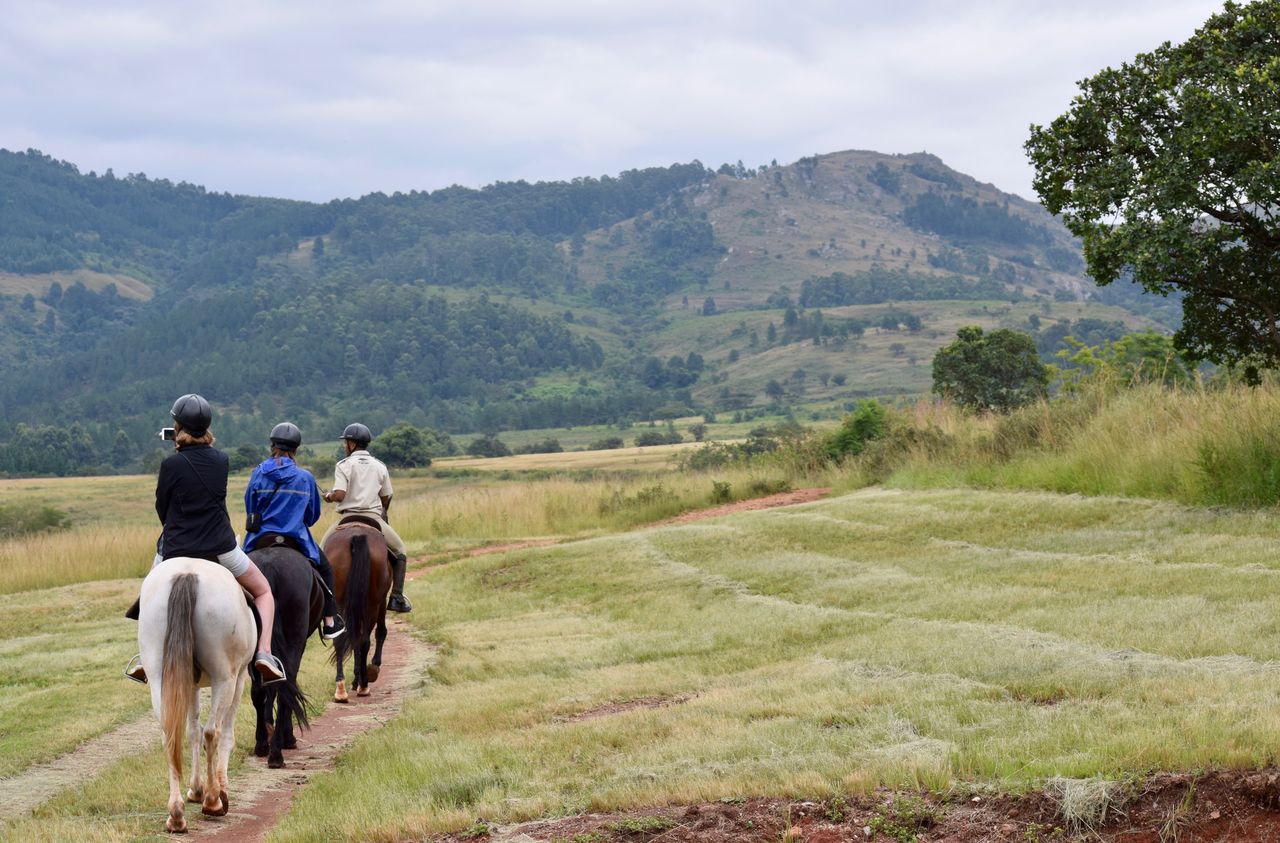 Horseback riding in Milwane Wildlife Sanctuary is a little more sedate but equally thrilling. When you approach a herd of zebra or antelope in a jeep, they tend to take fright and flee. But a horse smells less threatening, and it’s form is quite familiar, even with a rider upon its back. It’s magical how close you can get whilst riding; the safari experience is completely changed.

Where to stay in Swaziland

Eco lodges may as well have been invented for Swaziland. The visitor numbers are never huge, but the natural world is nevertheless fragile and deserves to be protected. The best places to stay in the country are therefore those lodges and hotels which make a serious commitment to sustainability, complementing rather than damaging the natural world.

Phophonyane Eco Lodge is hidden in mountain forest, a short distance away from the waterfall which gives it its name. Between the running streams and ponds nestle beehive huts and safari tents. Narina trogon flap in the trees, and the sound of the red duiker whistling carries on the wind. 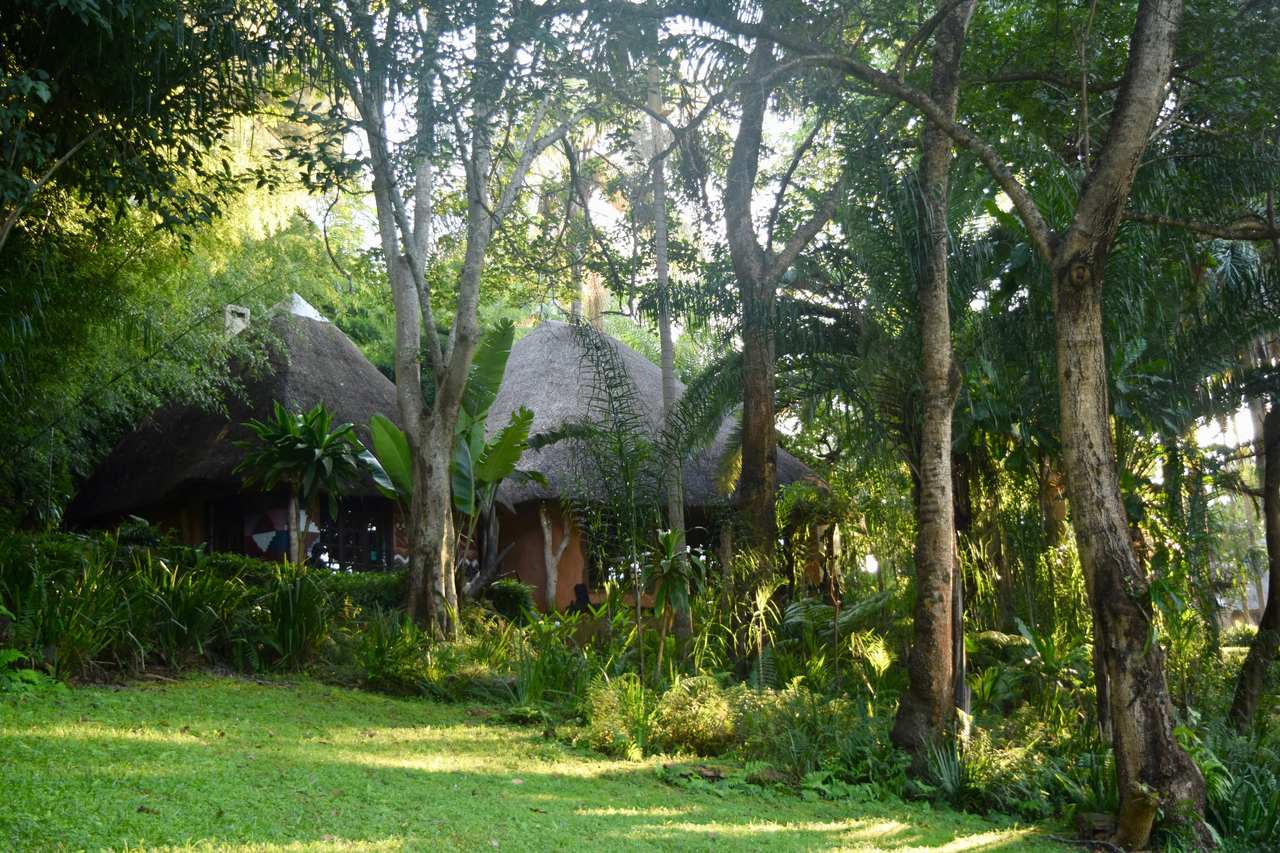 For something a little different, I checked in at the Summerfield Botanical Garden and Resort. The 100 acres of gardens have been created in a single generation from a Swazi farm, and transformed into a tropical paradise with unbroken views of the countryside beyond. The villas and suites look to the mountains or the gardens, and you can dine each night in the Grand Pavilion restaurant which appears to float on the water. 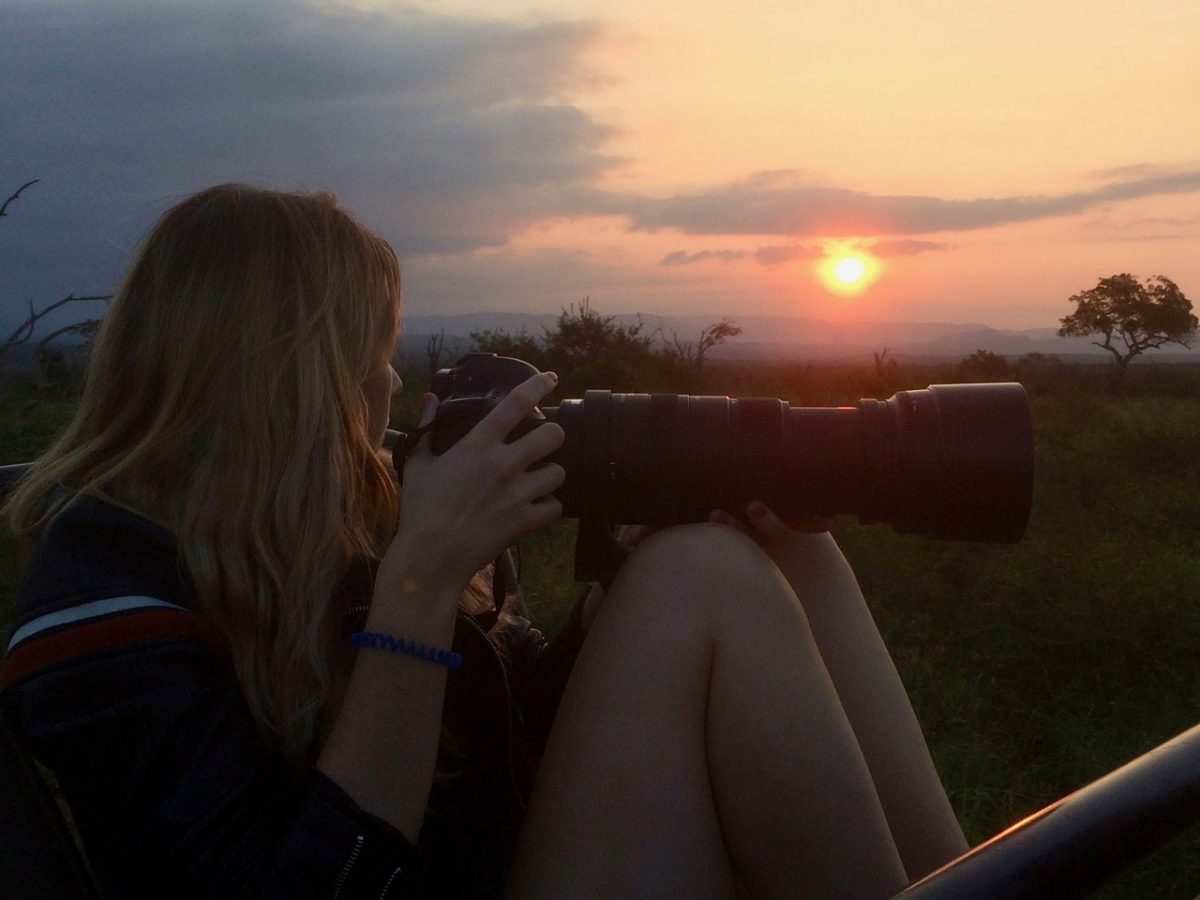 Swaziland is no bigger than Wales, and just one third the size of the neighbouring Kruger National Park. In spite of this, however, it punches well above its weight with vibrant culture, varied and striking scenery, and rich wildlife which would understandably be boasted about by a country many times larger. It is a destination ripe for tourism development, and no doubt in time will be recognised for its many attractions. For now, however, it remains one of Southern Africa’s hidden gems, waiting to be discovered.