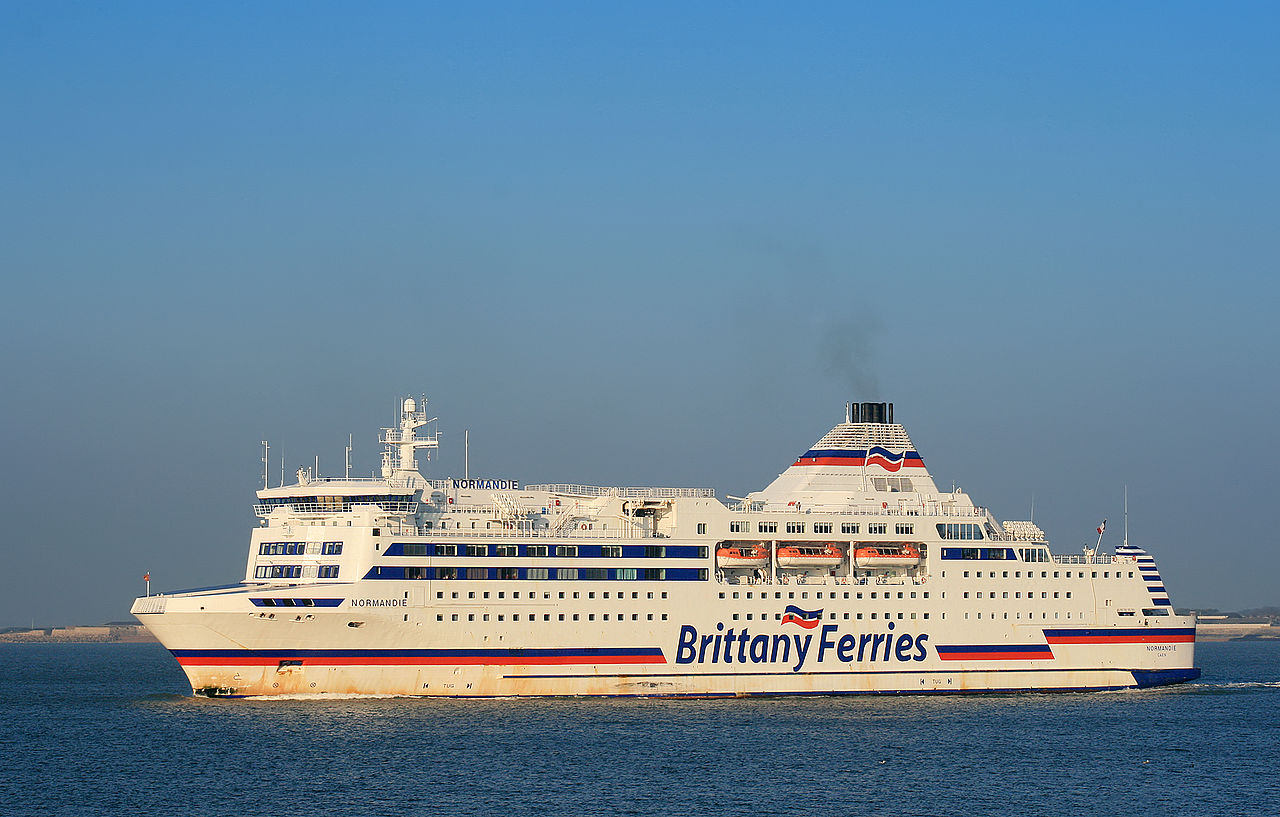 The recent industrial action by French crew at Brittany Ferries left the entire fleet unoperational and caused havoc for travellers and companies that rely on shipping their goods between England, France and Spain.

Cancellations can be caused by adverse weather conditions and technical failures. If the seas are stormy, ferries may be pulled or delayed for safety reasons.

“Our  Portsmouth – Cherbourg service is operated by catamaran, the Normandie Express. This type are not permitted to operate when the wave height exceeds 3.5m. During recent bad weather, we therefore suspended this service and re-routed passengers onto our Portsmouth-Caen service.

“When a sailing is cancelled because of adverse weather conditions, tidal conditions, unforeseen operational or technical reasons or other circumstances where ‘force majeure’ applies, such as strike action or blockade of ports, the operator is duty bound to refund the ferry fare.”

However, Brittany Ferries recently found itself operating outside “normal circumstances” after its fleet was strategically withdrawn from service following a series of wildcat strikes by French crew. “We quickly made alternative arrangements with other ferry operators so that our passengers could use our tickets on the Dover-Calais route,” said Christopher.

Hence, passengers who had booked crossings between Portsmouth-Plymouth on the south coast of England and Santander-Bilbao on the north coast of Spain had to make their way to Dover and then drive across France from Calais: a lengthy undertaking, adding many kilometres to the trip. This was a significant change of journey plan for passengers who – for example – were travelling to Spain with fuel-guzzling lorries and motorhomes.

Last month we caught up with some Brittany Ferries customers. The Spencer family from Worthing, East Sussex, said:

“We were booked to travel on the Pont Aven on 25 September and our brother and his wife had flown from Canada for the mini-cruise. When the ferry was cancelled, we had to drive to Dover in our motorhome. No other crossings could accommodate the size of our vehicle, although the Poole-Cherbourg route initially took the booking but we subsequently read in the small print that it would not be allowed on board! We spent time trying to find a route to Spain as the large motorhome incurs double payments on the toll roads in France. Next time, we might use the Eurotunnel.”

Raymond Smith, who crosses from southern England to northern Spain in his articulated lorry every fortnight, said:

“I was meant to be on the Brittany Ferries crossing from Portsmouth to Bilbao. Instead, I crossed the channel to Cherbourg and drove to St Nazaire. My company calculates that it saves 200 Euros in fuel and tolls to use this ‘landbridge’ ferry – it chooses what route we must use.”

Harold and Terry Aliffe, who live in Mazarron near Murcia, Spain, and visit England every year, also had their Portsmouth to Bilbao ferry cancelled. Terry Aliffe said:

“We learned of the ferry strike on an expat forum, before receiving a text from Brittany ferries. We were in limbo for two days and then had a stressful journey to Dover, with a 4am start, followed by an eight hour drive from Calais to St Nazaire. We were worried that the alternative crossings would be full of delayed lorries. We know that the wildcat strikes aren’t Brittany Ferries’ fault but we did feel let down.”

“If a ferry is cancelled because of adverse weather conditions, customers are offered to travel on the next crossing. If they choose an alternative, the amount of the unused fare can be refunded or credited for their next trip.

“If a passenger learns of the cancellation at the ferry terminal, the best solution is to deal with staff on duty there and then. When a cancellation happens in advance, all customers are pre-advised by text messages: this is why mobile phone numbers are always requested at the time of booking. Text messages will also notify customers of alternative travel solutions and the point of contact for any further enquiries.”

New European Union regulations on passenger rights in “maritime and inland waterway transport” – including ferries – come into force on 18 December 2012.

Under this legislation, passengers will be guaranteed reimbursement or rerouting, if there ferry is cancelled or the departure is delayed by more than 90 minutes. They will also gain “adequate assistance” for snacks, meals, refreshments and, where necessary, accommodation for up to three nights. Financial coverage will be up to €80 per night.

If the arrival of the ferry is delayed or the crossing cancelled, compensation of between 25% and 50% of the ticket price will be awarded. This would have pleased passengers caught up in the Brittany Ferries strike but may have ruined the ferry operator financially.

Many passengers were travelling without adequate insurance to cover the inconvenience and associated costs of cancellation caused by strike action. Many travel insurers offer savings on customers’ premiums by treating “cancellation and curtailment cover” as an exclusion to the policy.

Some don’t cover strikes at all. It pays to shop around for your travel insurance: for example, Columbus Direct and Aviva both offer add-ons to cover airports and ferry ports unexpectedly being closed because of strike action.

If cancellation and curtailment cover for strikes (sometimes called ‘delayed departure and abandonment cover’) is included in your policy, and you booked your travel insurance before the date when a planned strike or industrial action was publicly announced, your travel insurance should cover your journey being delayed or cancelled by more than 24 hours. However, be sure to read the small print if your travel insurance policy isn’t a new one… you may need to upgrade it.

According to comparison site, Money Supermarket, if you’re booking a cruise and need insurance to cover this type of holiday, conditions will vary according to the insurer. It’s essential to read the policy documentation before saying “yes”. You must check that all countries you will visit on the ship are covered. Start by selecting the furthest geographical destination for the cruise and ask the insurer if they cover all the other countries/destinations scheduled for your trip.

For most ferry passengers, their travel experience will be smooth sailing. But, with an uncertain economic climate prevailing in Europe and internationally, it pays to be properly covered against industrial action and unexpected events, and to know your consumer rights.