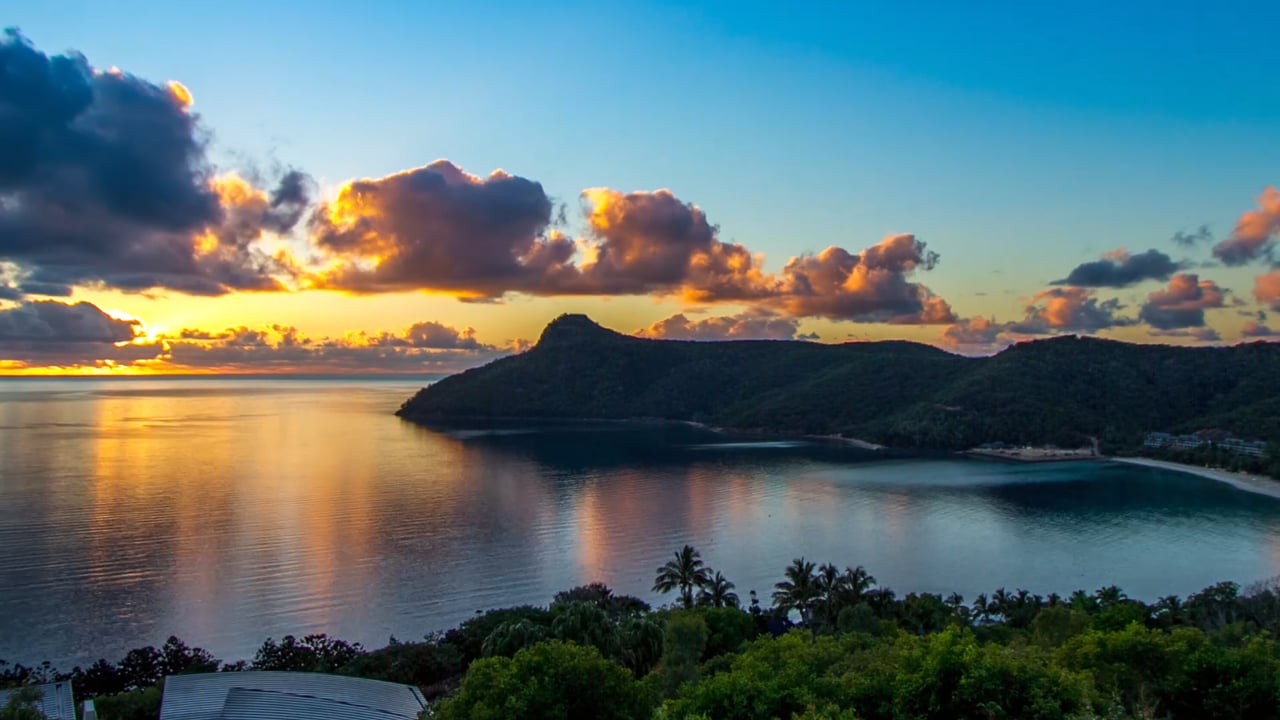 It’s not unusual to find entire seaside towns or destinations with natural beauty that have either evolved into or have been created by design as adult playgrounds.

To say this is true of Hamilton Island would perhaps be an unfairly bland statement for three unique reasons: its status as part of the Whitsunday archipelago, its tropical climate and its position right off Queensland’s Great Barrier Reef – perhaps the world’s greatest natural wonder. 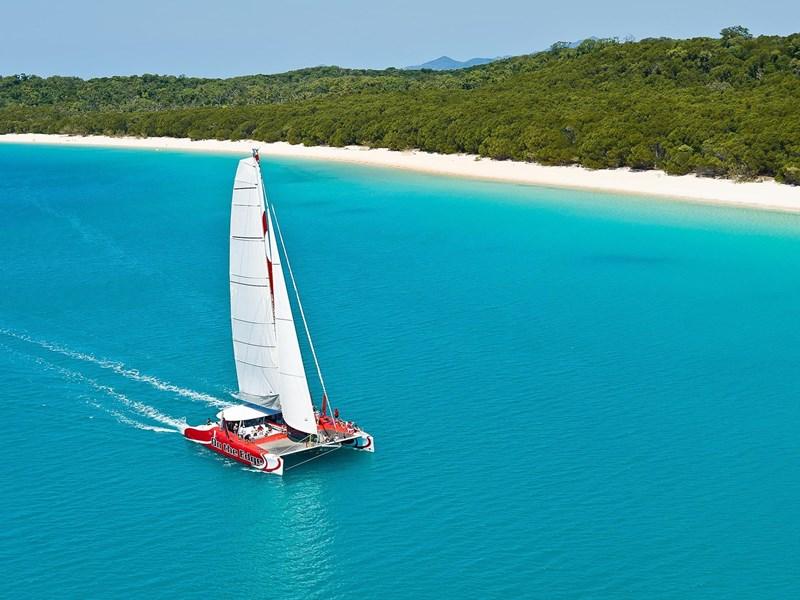 Hamilton Island is one of 74 Whitsunday Islands whose evolution into an inhabited island started some 8000 years when the Ngaro Aborginal tribe called it home. It was then discovered by Captain Cook in 1770 while he was charting Australia’s coastline – he reputedly named the island after Lady Hamilton. The island was bought in 2003 by world renowned winemaker Robert Oatley who developed one third of it with hotels, restaurants and bars leaving the rest of the landscape in its pristine natural state.

The entrepreneur is also an acclaimed yachtsman and so he created the Hamilton Island Yacht Club which he founded in 2009 and it became a challenger for the America’s cup in 2014. 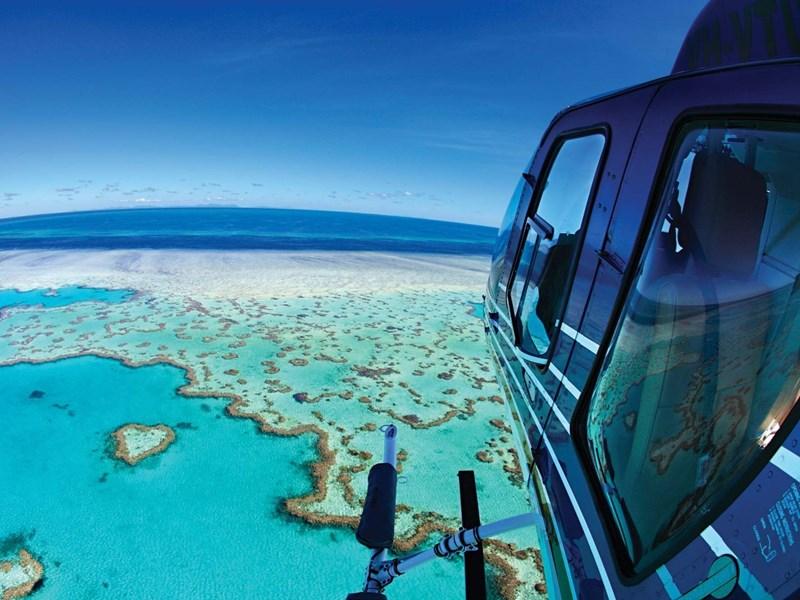 Hamilton Island is the only island in the Great Barrier Reef with its own commercial jet airport. You can get there with a commercial jet, private jet or a helicopter, itself an exciting experience, and from the airport it’s a buggy ride to your accommodation.

Indeed, buggies are the mode of transport around the island. The most luxurious accommodation is qualia – a Latin word meaning “a collection of deeper sensory experiences” – located on a peninsula on the island’s northern tip. The complex has 60 architect-designed pavilions within a forest of gum and palm trees. Many of them have infinity pools with stunning views spanning over the Whitsunday Islands.

There are less expensive accommodation options too such as Palm Bungalows, Reef View Hotel or Private Holiday Homes. 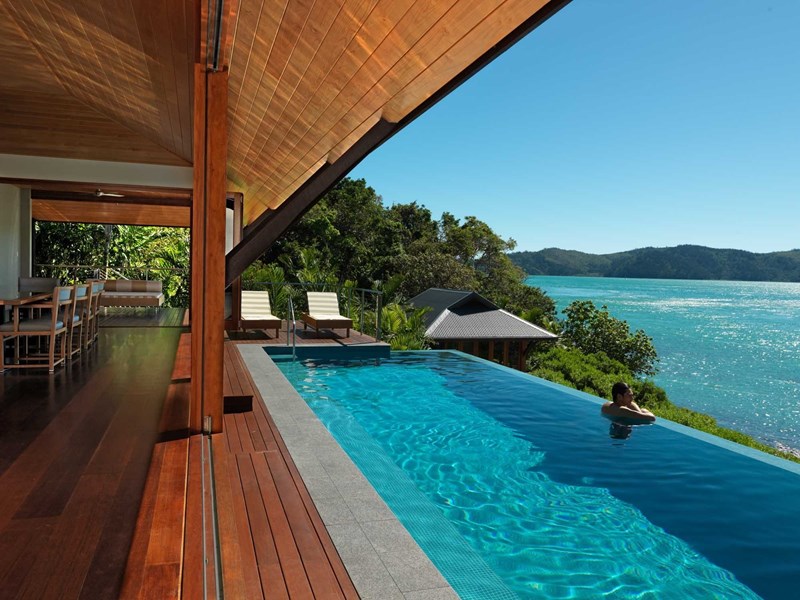 And though there are plenty of gorgeous spots to sunbathe, there are also compelling reasons to explore. After-all, the Great Barrier Reef and Whitehaven Beach are easy to reach and a myriad of trails will bring you up close with the fauna and flora of the island.

There are plenty of sports on offer too including golf, tennis and a small wildlife park that the kids tend to love, especially if you sprinkle in a trip to the bowling alley, go-kart track and mini-golf. 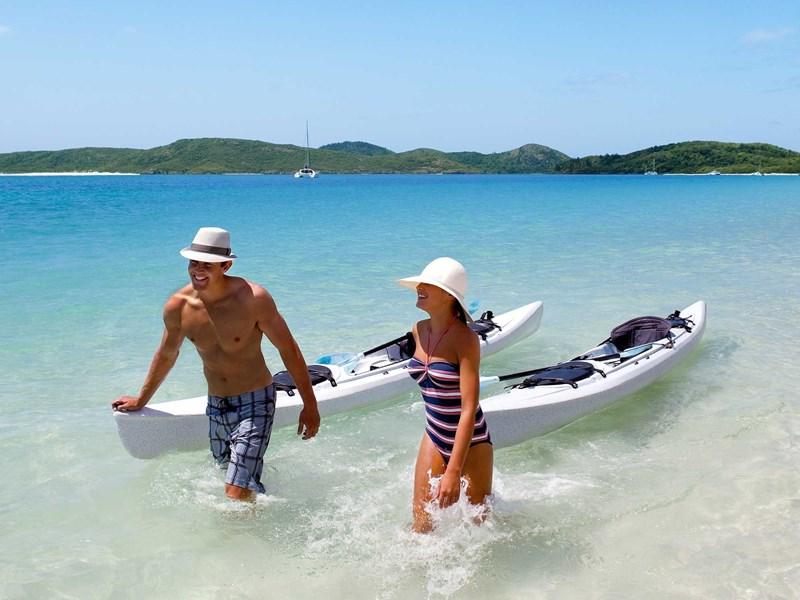 There are several shops and restaurants in the marina where bird life is vibrant and friendly, in particular the wild cockatoos and rainbow lorikeets who come to inspect diners during the day.

Disclaimer: this article is sponsored by Hamilton Island Enterprises