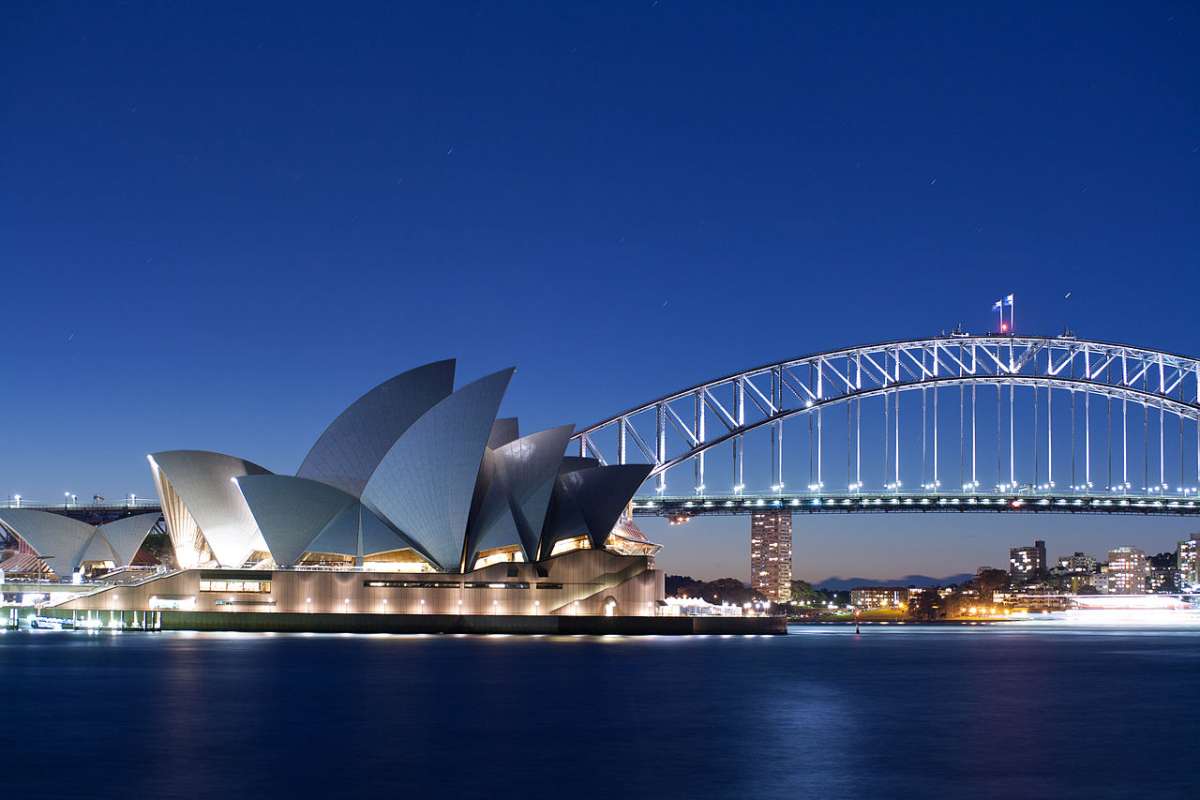 When a country has six states stretching over a land mass nearly as big as Europe it’s no wonder that it doubles as a continent. And it is full of wonders too such as The Great Barrier Reef. This is the world’s largest and most beautiful coral reef system and is so long (1,400 miles /2,300 kilometres) that, to put it into perspective, it would stretch from the top of Belgium right down to the heal of Italy.

Australia is simply brimful of some of the most overwhelming outdoor experiences on Earth and, as it sometimes takes more than a day to fly there, a two-week holiday for first-timers seems somewhat futile. An investment of time is more appropriate and one that a gap year with the aid of STA travel (they can help with flights and work visas) is perfect for.

Most of Australia’s population live by the coast and that’s where the major cities are. It can be hard to choose which city to visit first, especially as they are spread on both coastal ends of this giant land. 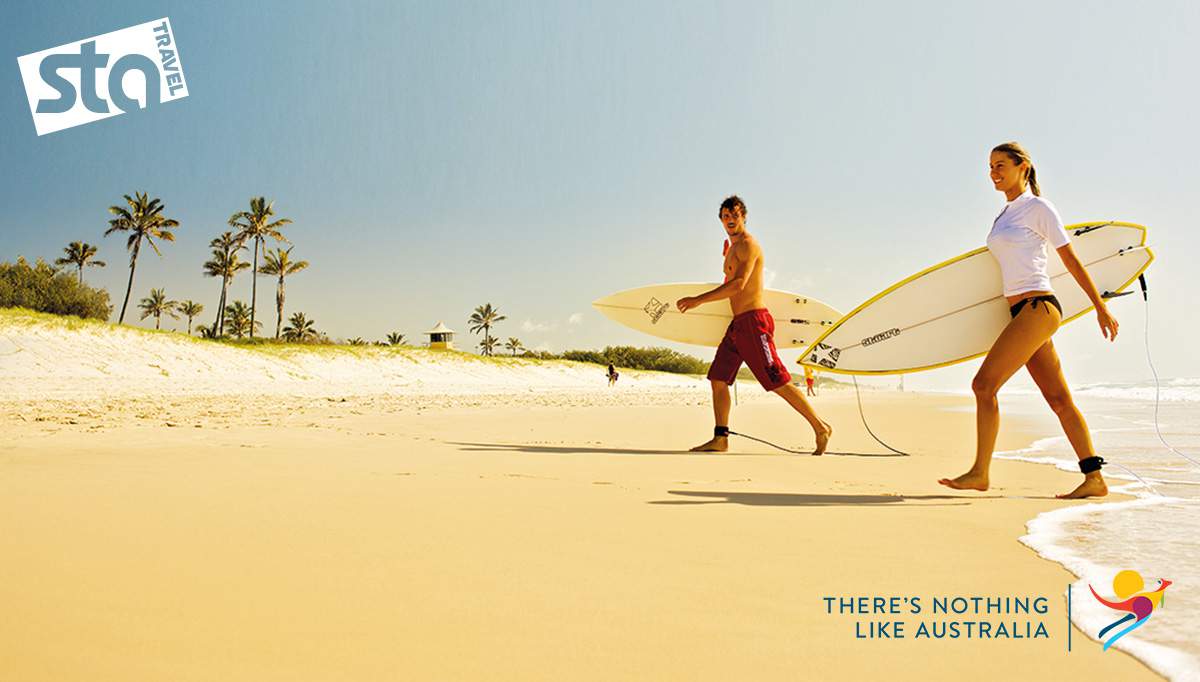 Many fly into Sydney in New South Wales to see its iconic Opera House, surf on Bondi Beach and witness misty Blue Mountains. There’s also wine tasting in Hunter Valley or for the Bohemian types, a beach crawl all the way up to Byron Bay is a pretty chilled way to spend time.

Queensland and the Great Barrier Reef 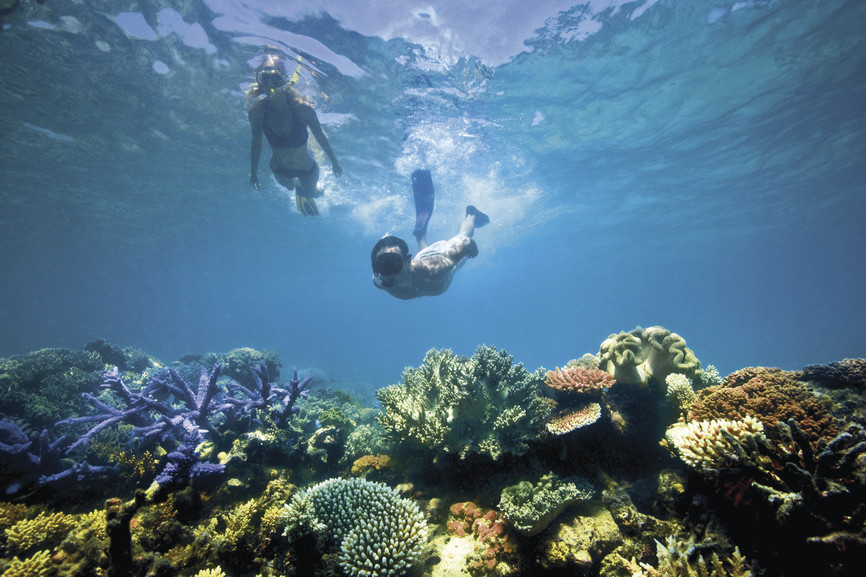 But where next? If you go one way along the coast you hit the subtropical city of Brisbane in Queensland where you can kayak through the Everglades and party in the heady vibe of the Gold Coast. From here, it’s easy access for water babies to explore the Barrier Reef by diving into the Coral Sea off the coast of Queensland in the North East. 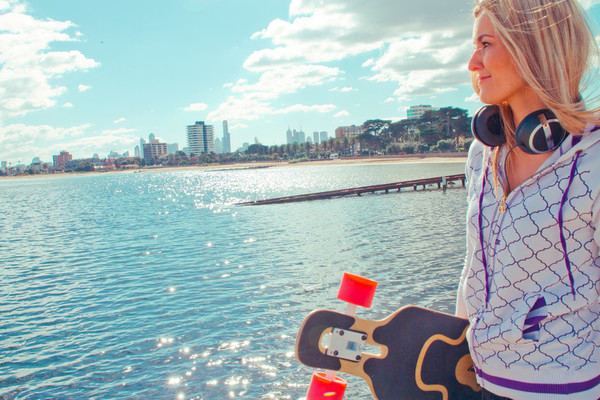 Or head in the other direction along the coast and you get to sports crazy Melbourne, capital of Victoria. This is where the Australian Grand Prix is held and is home to the Melbourne Cricket Ground for the Australian Football League in the winter and cricket in the summer.

But that’s not all. Melbourne has been voted the world’s most livable city at least six times and is known for its buzzing trendy cafés and multicultural cuisine. It is also considered a cultural city; this is where Australian Impressionism was born, where the TV industry thrives and where Australian dance hails from.

Incidentally, fans of the Ozzie soap Neighbours can visit visit Ramsay Street and take a tour of the set and perhaps even bump into an actor or two.

Go as far west as you can and reach Perth 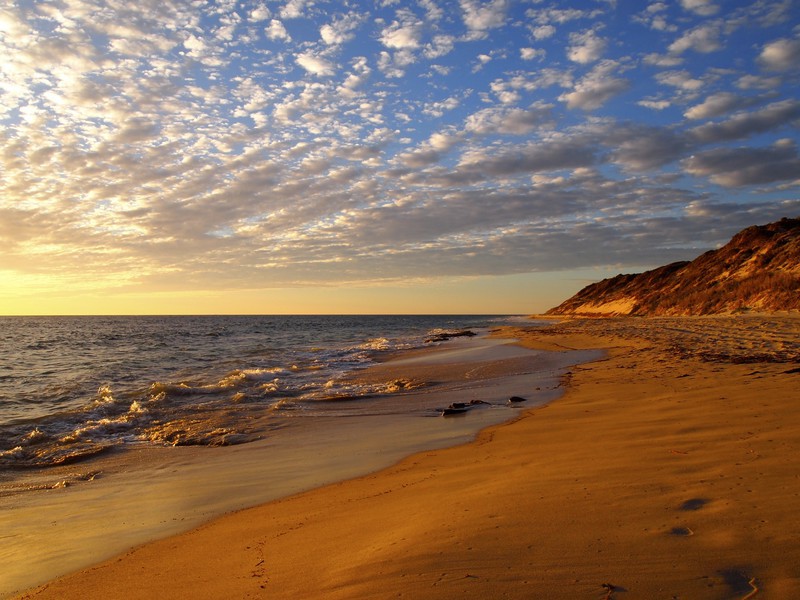 And what about easy-going Perth? This cosmopolitan city is famous for its Swan River, its Indian Ocean coastline and for being the most isolated city in the world located on the furthest reaches of western Australia. But once there you may get to laze next to kangaroos on pristine white beaches at Esperance, snorkel with turtles or swim with whale sharks at Coral Bay.

Travel across Australia by road or train 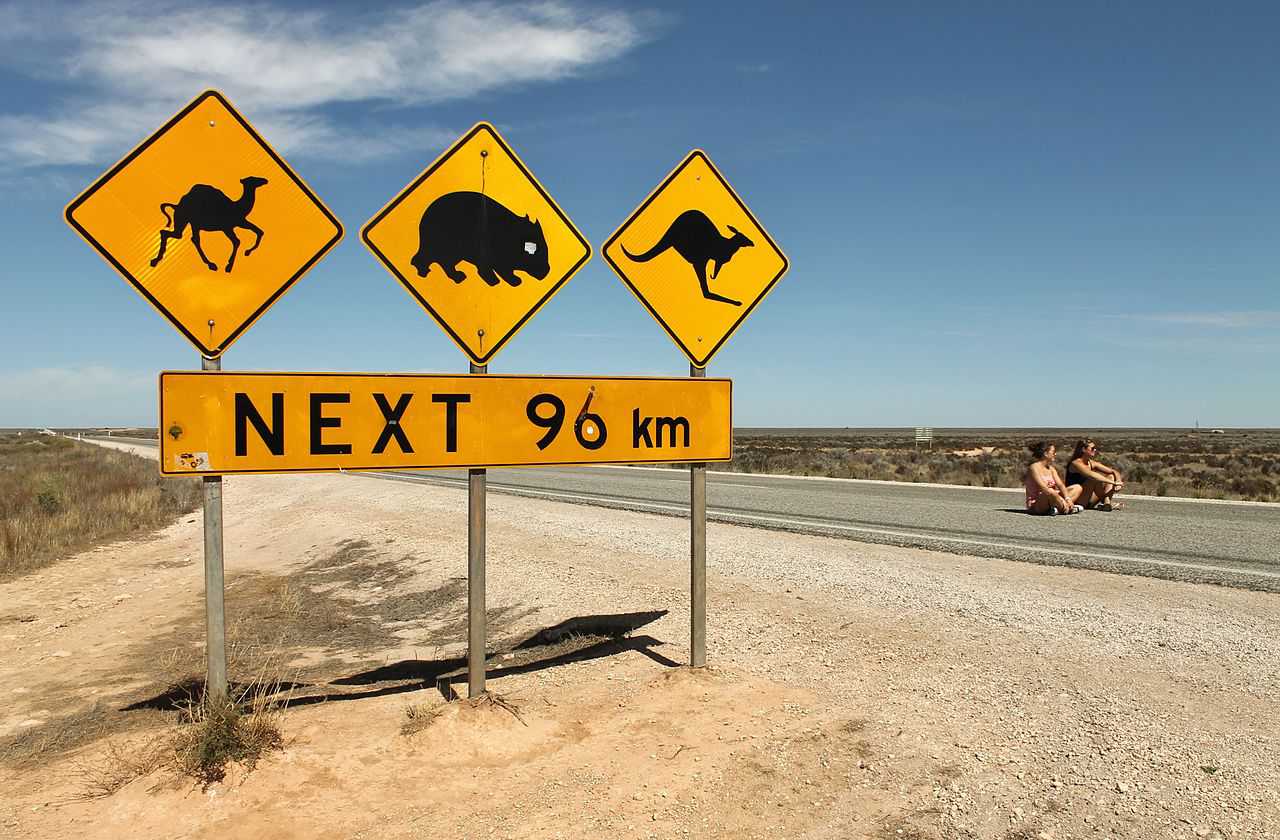 Yet to get from one end to the other means a 40-hour drive along the A1 National Highway. Or board the Indian Pacific Train and experience the longest straight stretch of railway in the world. It goes from Perth to Sydney via Adelaide, a city well worth stopping at. Known as the 20-minute city because it is so simple to navigate it is also a good point to take a leap over to Kangaroo Island dubbed the “zoo without fences”.

Take a four-wheel drive to The Outback 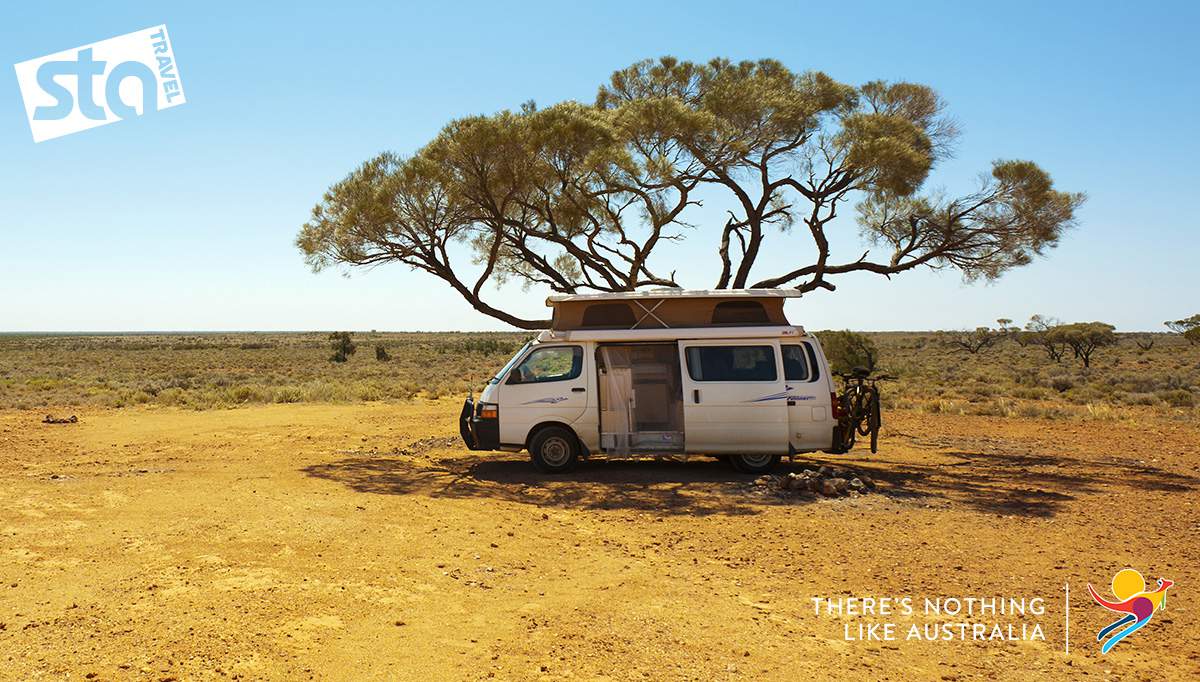 Unearth the outback in a 4WD campervan

This land is so big that the extremes can blow your mind. The arid air of the almost unthinkable vastness of the The Outback in the Northern Territory is best reached from the city of Darwin (where, incidentally, you can dine at a Jimmy Choo restaurant) more or less the central edge of the country. It offers millions of hectares of sun-scorched earth in hues of burnt orange and brown. And as you watch the land unfurl into rugged mountain ranges and gorges it becomes apparent that this is probably not a place to be stranded.

But it is superb for experiencing the challenge of a four-wheel drive and taking the opportunity to visit Alice Springs – which, incidentally, is five hours’ drive from Ayres Rock (a huge red rock the size of New York’s Central Park) and the much coveted sunrise that can be witnessed in Uluru where the rock resides. 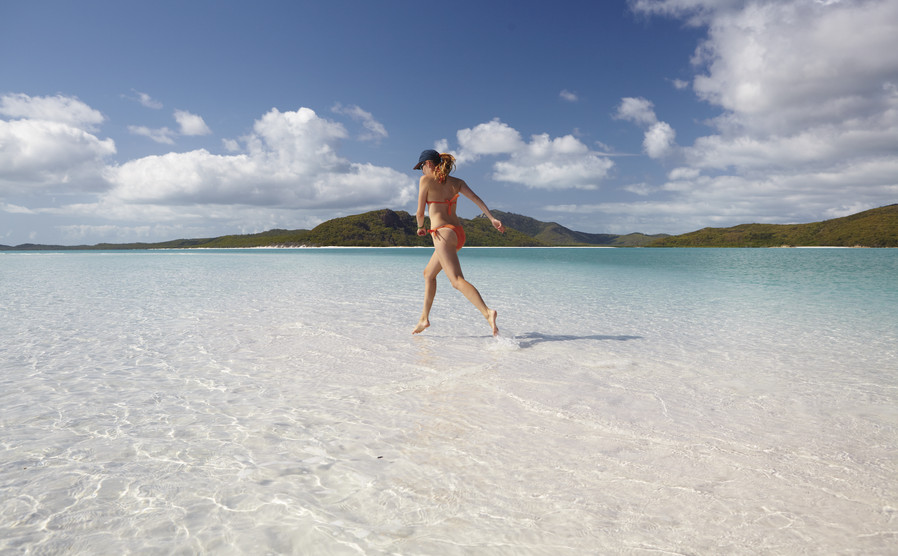 By stark contrast there are the billabongs river systems where crocodiles flourish in the wet season, and various wetlands dotted around that are simply teeming with bird life. This includes Queensland’s Mareeba Tropical Savanna and Wetland Reserve near Cairns made up of 12 interconnecting lagoons and creek where Australia’s only stork, the jabiru, can be seen among another 204 species of birds.

But then there are also more than 8,000 islands on offer such as Fraser Island near the largest sand island in the world and the Whitsunday Islands with Hamilton Island being the luxurious (just ask Taylor Swift) and sensationally beautiful holiday island off the Great Barrier Reef.

Backpackers: Check out this Ultimate guide to Australia

9 hotel rooms around the world with amazing views