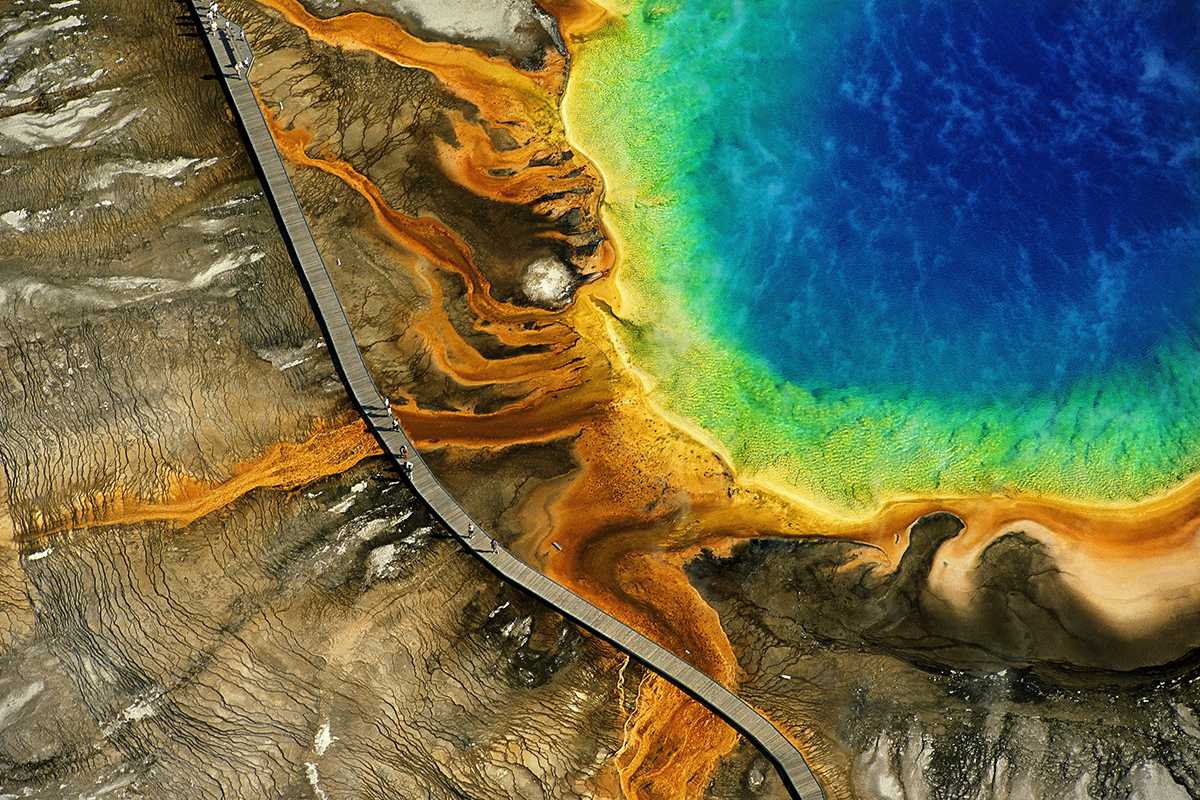 The vast natural forest of Yellowstone National Park covers nearly 9,000 km2 in Wyoming, Montana and Idaho. The park contains half of all the world’s known geothermal features, as well as the largest concentration of geysers (more than 300). Grand Prismatic is an enormous basin of burning hot water (160° F), vividly colored by the presence of thermophilic micro-organisms. Established in 1872, Yellowstone is equally known for its abundant wildlife, such as grizzly bears, wolves, bison and wapitis (elks).

You can see this and 40 other photos by Yann Arthus-Bertrand until 29 October 2017 in the Naval Museum on the Sainte-Marguerite island in front of Cannes.