Horse milk is better for us than cow’s milk, research reveals 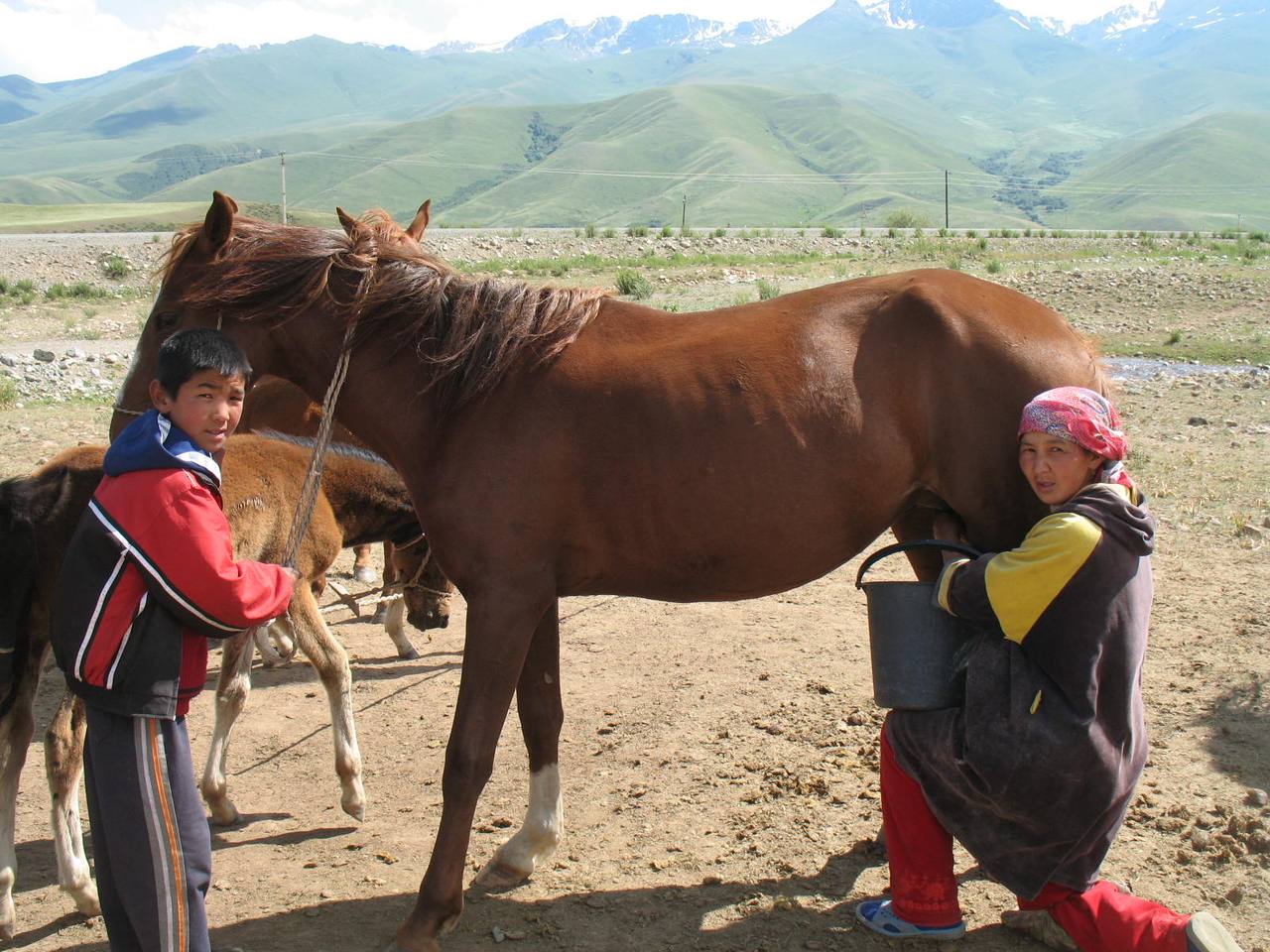 For centuries, mare’s milk or ‘saumal’ – the Kazakh word for fresh mare’s milk – has been valued for its healing properties. Today, mare’s milk is used for alleviating tuberculosis, anaemia, diabetes, and inflammatory and skin diseases. Also, koumiss, a fermented mare’s milk product, is rich in a protein that helps regulate blood pressure. The therapeutic effect of the milk is associated with an increase in the number of red and white blood cells.

Mare’s milk is comprised of a large amount of lactose and a reduced fat and casein content: a milk protein which is difficult for human bodies to digest and absorb. Also, when compared to cow’s milk, mare’s milk has a much higher albumin content; albumin is a

protein which is far easier to digest and absorbed than casein. These proteins can help regulate blood pressure and have antimicrobial and anti-inflammatory effects.

Professor Almagul Kushugulova, a researcher at the laboratory of human microbiome and longevity, says:

“Mare’s milk has been consumed throughout Kazakhstan and Central Asia since horses were first domesticated and it is one of the most beneficial animal fats found in nature. It primarily affects the digestive system and contains lysozyme and lactoferrin, which have antimicrobial properties to help fight disease-causing bacteria, fungi, and viruses. Also, due to its rich composition of enzymes, it selectively stimulates the growth of beneficial bacteria and limits to growth of unwanted bacteria in our guts.”

Mare’s milk has also been found to be a candidate in the treatment of patients with cancer; regular consumption reduced the risk of developing cancer as the casein in mare’s milk was toxic to breast cancer cells.

The composition of mare’s milk is similar to that of human milk and this high similarity makes it attractive in the development of baby food products. In recent years, new allergy-related diseases in children have increased with the World Health Organisation predicting half of the world population to suffer from an allergy by 2025. The increasing number of allergies in children includes those allergic to cow’s milk. Most children with a severe cow’s milk allergy have been found to able to consume mare’s milk as a substitute.

Note: This paper was published in the journal Functional Foods in Health and Disease.

Top 20: Are these the most spiritual destinations in the world?