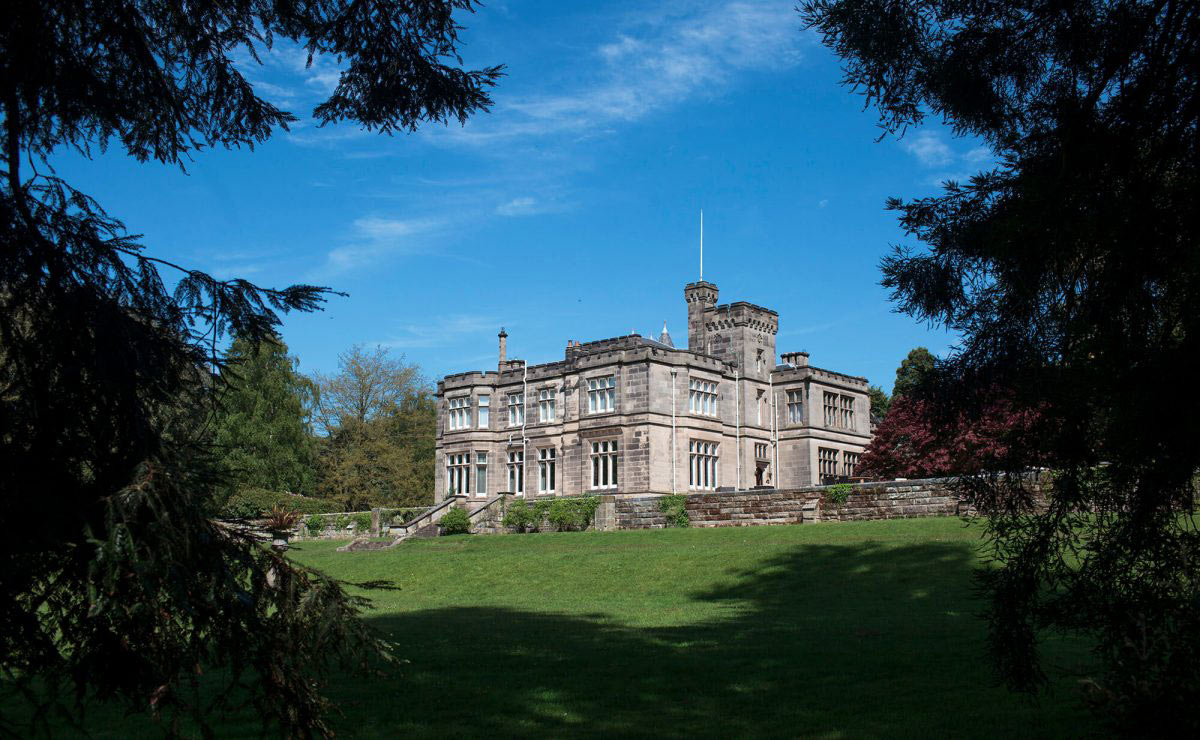 Hampton Manor in the quaint village of Hampton in Arden, has a long and colourful history. It was once the estate of 19th century Prime Minister, Sir Robert Peel, who was responsible for establishing the Metropolitan Police Force at Scotland Yard. More recently, the manor was a care home run by the Parish church.

Over the past decade the somewhat imposing Tudor Gothic building has been renovated into a luxury hotel by the Hill family which is surrounded by 45 acres of beautifully maintained grounds. 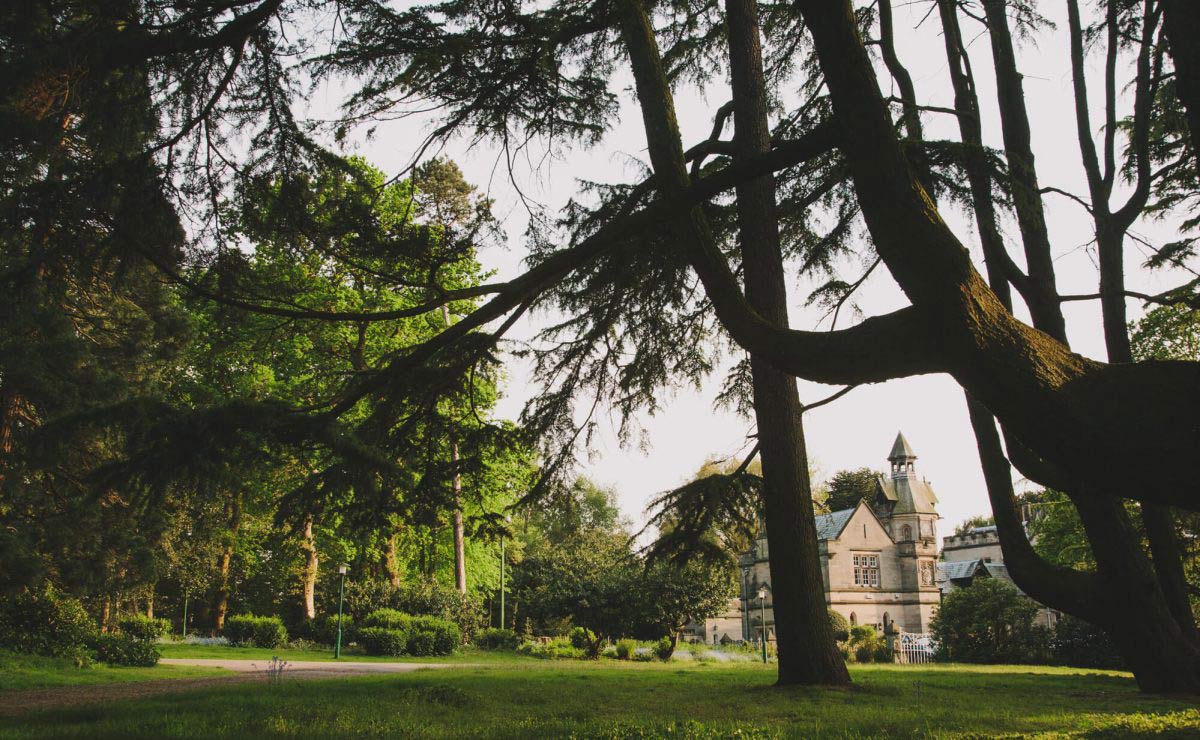 The hotel’s restaurant, Peel’s Restaurant, was awarded its first Michelin star in October 2016.

With its opulent décor, huge rooms and smart restaurant, Hampton Manor is one for the adults (under 12s are not permitted). It is a lovely spot for a romantic getaway or to celebrate a special anniversary.

The manor is also well suited to a wedding party or corporate event. Under the clock tower is a large, bright atrium with heated floors and a bar that can seat up to 120 people. 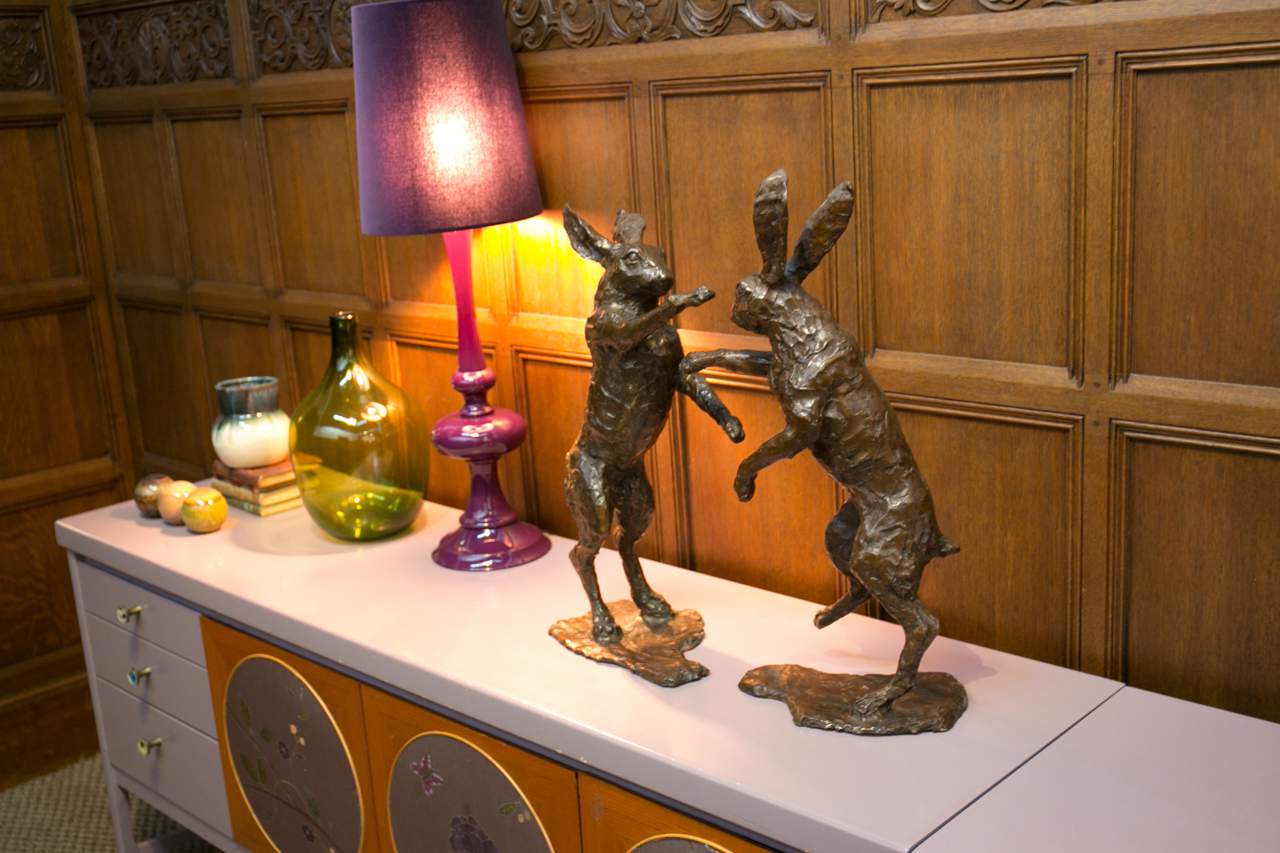 While some manor hotels have a stuffy atmosphere, the young team here make every effort to make guests feel welcome and comfortable even supplying wellies for those who want to stroll around the grounds.

All 15 rooms at Hampton Manor are uniquely decorated and named after someone who once owned the estate throughout its history. You can opt for a Suite, Feature Room or Cosy Double. The plush furnishings may not be to everyone’s taste, but I liked it. 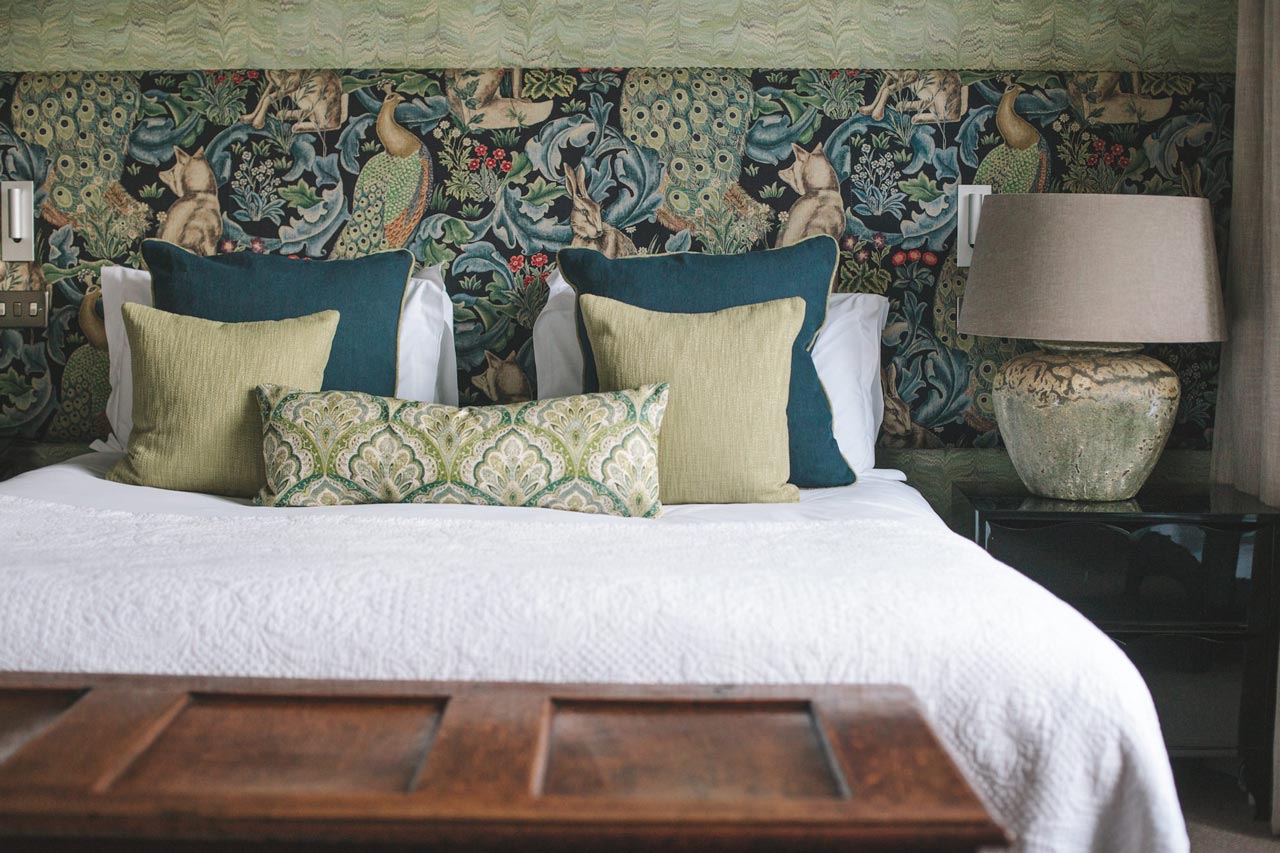 Our suite (one of three), named after a 17th century local philanthropist, George Fentham, was chic in design with huge bay windows overlooking the gardens. There were plenty of books and magazines squirrelled away and even the odd curiosity on the shelves (I was particularly fond of the ammonite).

The suites all have Bluetooth audio systems and a flat screen TV with DVD player – just ask the front desk for their selection of films. There is also a lovely selection of teas, fresh coffee to grind yourself and two delicious home baked cookies. 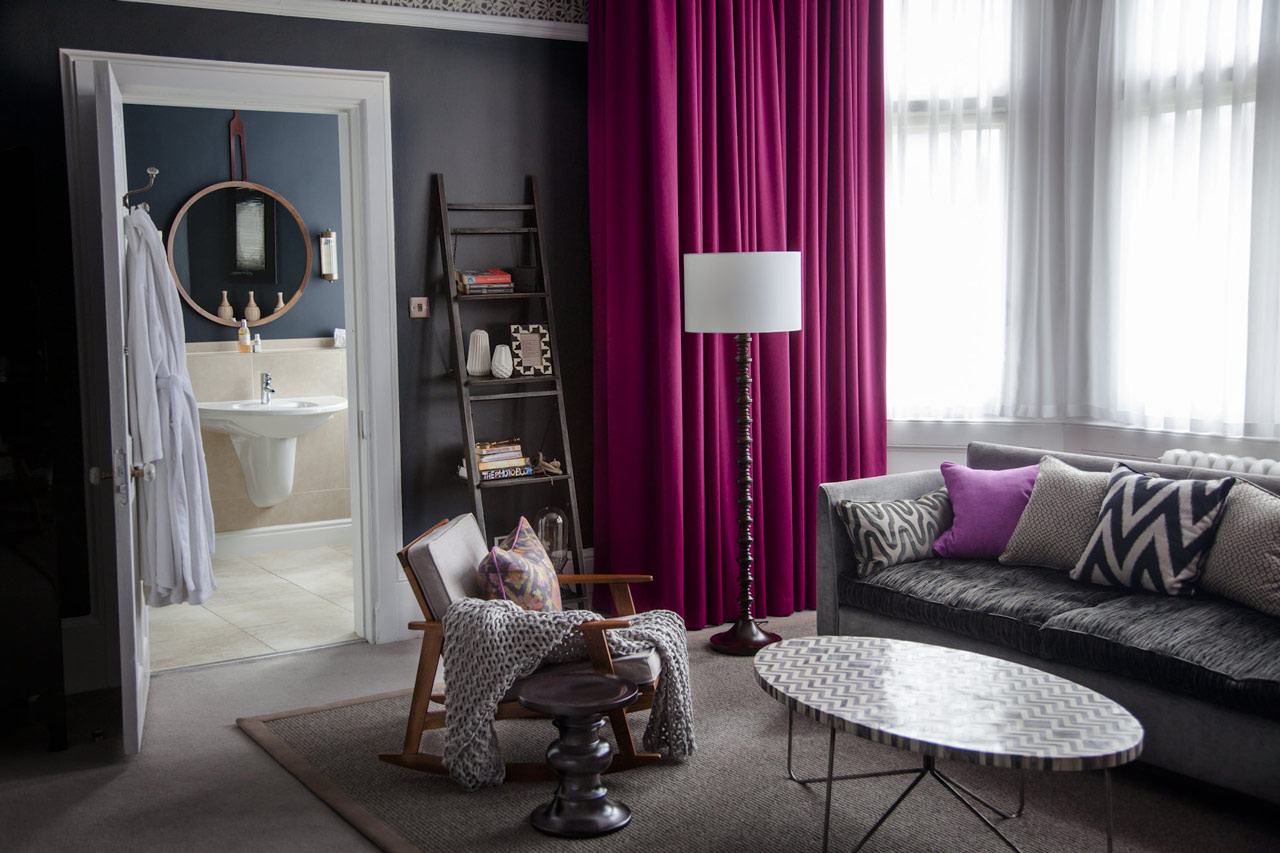 The bathroom in our room was spectacular in size and contained a huge bath and separate shower. All bathrooms contain a selection of natural botanical toiletries from 100 Acres, which smell totally divine. If you decide to take them home, there is an extra charge of £12 per bottle (and £14 for the body lotion).

Hampton Manor is full of nooks and crannies where you can curl up with a book (there are plenty to choose from) and unwind. Or book a massage or beauty treatment at the manor’s Treatment Room. 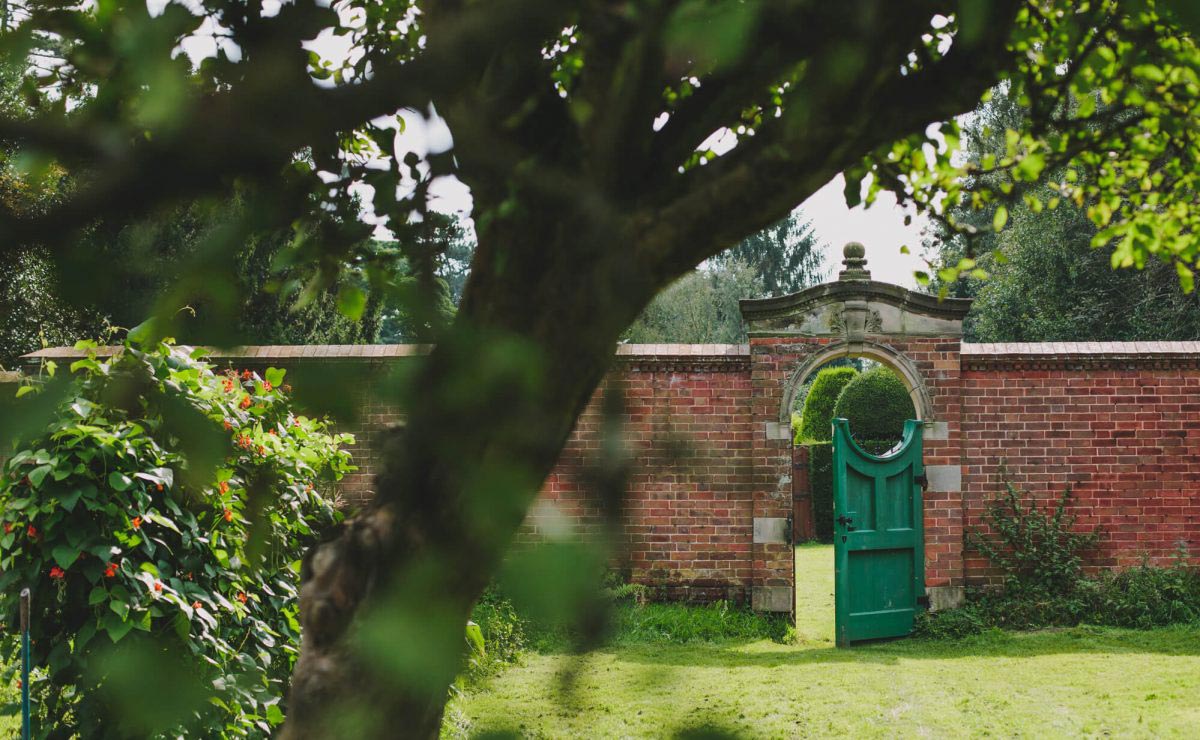 The grounds are well worth exploring and there is an original walled garden that looks lovely when the flowers are in bloom.

You absolutely must book a table at Peel’s Restaurant for the evening and sample their fabulous Michelin-star cuisine. 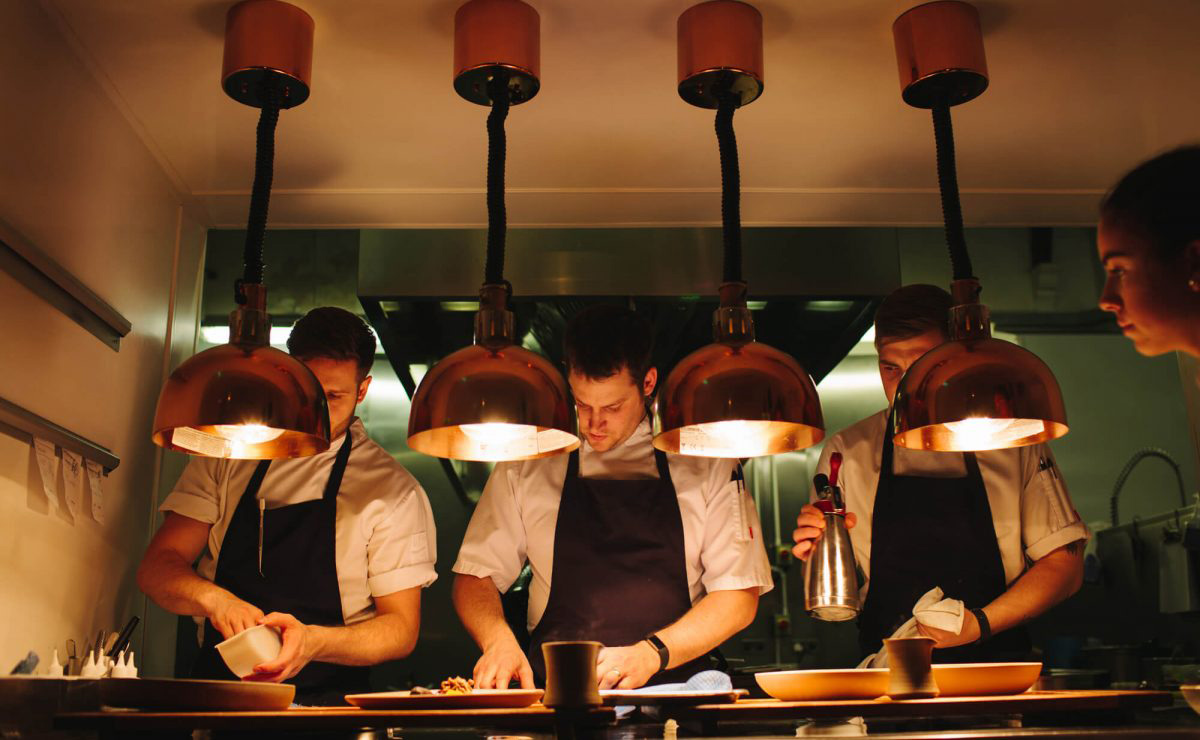 You can choose from either four courses or seven. We sampled the seven course seasonal tasting menu curated by Head Chef Rob Palmer, who started working at Hampton Manor over 8 years ago as a Sous Chef. You can get a direct peek into his harmonious and well-organised kitchen if you book a place in The Tasting Room. This private room, which can seat up to 8 people, has a huge window that overlooks the kitchen so you can see exactly where (and how) the magic happens.

Each dish was gorgeously presented and tasted even better than it looked. The duck liver with walnut and mushrooms was rich and tangy, while the smoked eel with samphire was a surprising winner of the night. Apparently this is the dish that causes the most trepidation among dinner guests, but also receives the largest number of compliments. We also opted for the wine flight (pairings with each course), and encourage you to do the same. Each wine had its own story and distinctive taste, and matched perfectly with the chosen course.

The service was warm and friendly, and everyone we spoke to seemed to genuinely love working there. It wasn’t just Rob who had risen through the ranks – the Restaurant Manager, Luke Parsons, started his career here as a pot washer! It is testament to the owners and staff that they manage to run such a happy and supportive ship, even with the pressure that comes with a Michelin star. 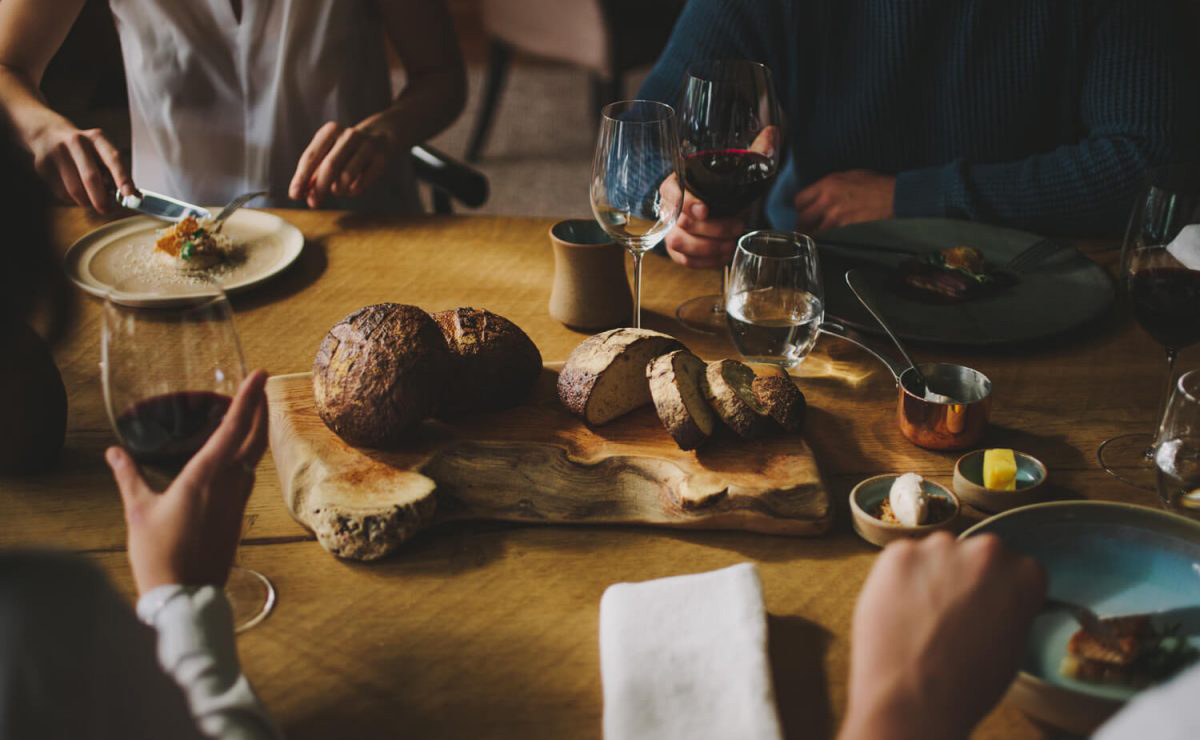 As well as the restaurant there is Fred’s Bar, which serves an impressive selection of inventive cocktails and G&Ts. We ordered a whiskey-based Punch IPA which contained a smoking pinecone. You can also book a deliciously creative Afternoon Tea in The Parlour, which has been renovated with hand-painted Fromental wallpaper.

Breakfast is served in Peel’s Restaurant between 7am and 10am Monday-Friday and 8am and 10am during the weekend. You can choose either a continental breakfast (we loved the jars of yogurt with mango compote) or a hot breakfast.

Yes, WiFi is free and available throughout the hotel.

For bed and breakfast, Suites start from £310 per room, Feature rooms from £225 per room and Cosy Doubles from £150 per room, based on two people sharing.

There are lots of lovely walks in and around Hampton Manor and you’ll find a useful Field Guide in your room to help you find your way.

If you have a car, you can drive four miles to West Midlands Golf Club. The manor is also a 30-minute drive to Warwick Castle.

Conveniently, Hampton Manor is less than a 10-minute walk from the train station in Hampton in Arden. A train from London Euston takes about two hours.

Both Birmingham Airport and Birmingham International Railway Station are less than four miles from the manor.