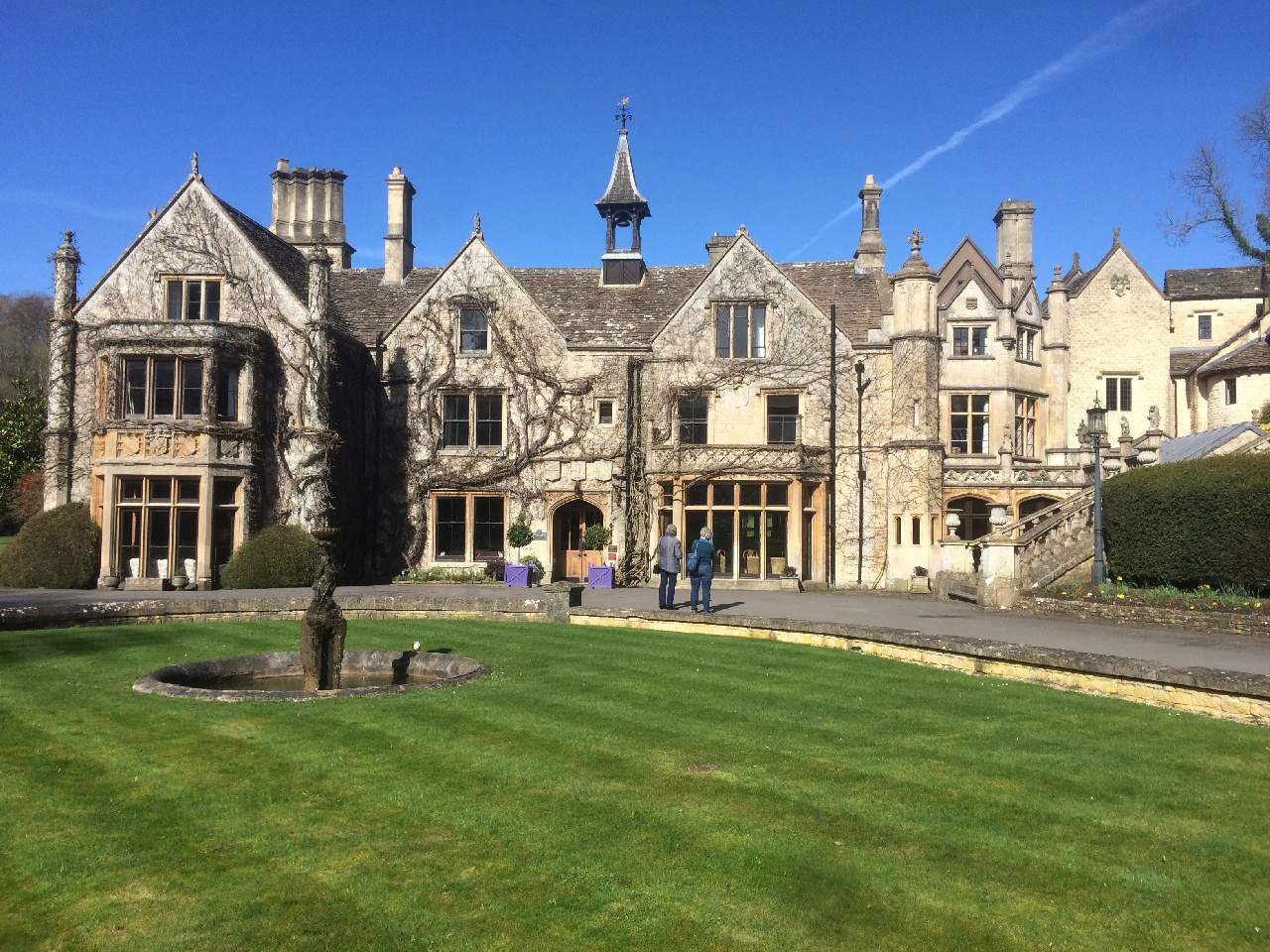 The Manor House in Wiltshire is one of the UK’s finest country house hotels. Set in a 365-acre estate in the Cotswolds, bordering England’s prettiest village, and with its own internationally renowned golf course, it makes for a special weekend away.

The oldest parts of The Manor House date from the 14th century, and there was a Norman castle on the site before that. It was at one time owned by Sir John Falstaff, who Shakespeare immortalised in Henry IV. The house and gardens have gently evolved over time to incorporate modern comforts, but they’ve lost none of their grandeur and charm.

The Manor House doesn’t come with gyms, swimming pools, and room butlers: it’s for people who appreciate heritage, good taste, and fine food, all delivered with professionalism and passion. If you’ve ever imagined what it’d be like to be a guest at a country estate, or to live out a Downton Abbey-esque fantasy, this is your chance to try it. 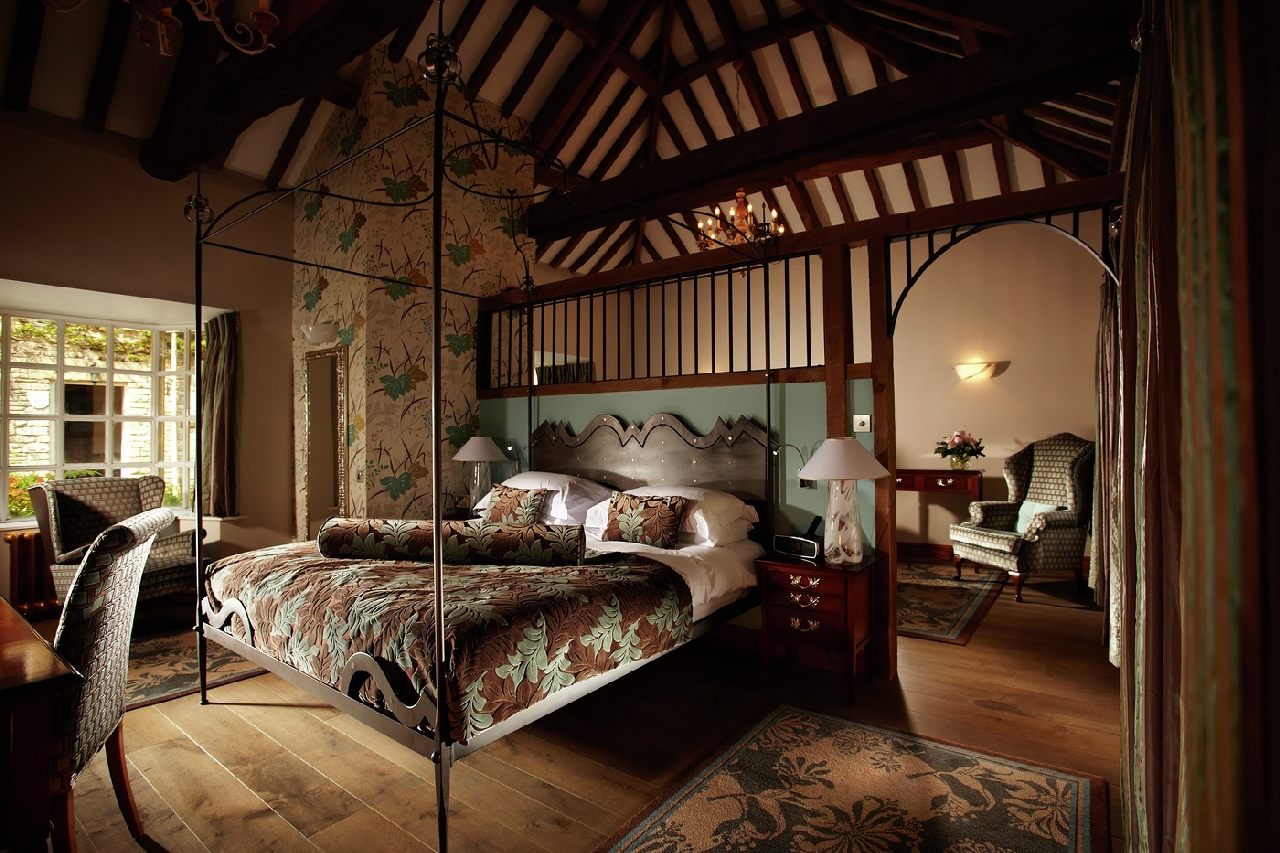 The majority of rooms and suites at The Manor House are in the grand old building, though if you want some privacy you can also request a cottage on the estate. Each room is individually and sensitively designed so as to make the most of the building’s original architectural features: stone walls, open fireplaces, timber beams, and sash windows with charming window seats all put in an appearance.

On top of this historic canvas you’ll find bold flashes of colour and statement furniture pieces, such as roll top or twin baths, and four poster beds. The curtains are heavy, the linens crisp, and the carpet is thick beneath your toes. Modern necessities such as the Nespresso coffee machine and flat screen television are positioned so as to be accessible but unobtrusive. And when morning comes and you throw open the curtains, you’re looking straight out onto The Manor House’s fabulous grounds.

The Manor House Golf Club is regarded as one of the finest courses in England. There are 18 holes, plus clubhouse facilities, and you can wander there through the hotel’s gardens. In the hotel grounds you’ll find the croquet lawn and giant chess set, and there’s also the chance to go fly fishing. The Italian Gardens are an attraction in their own right.

Executive Chef Rob Potter heads up the kitchen in The Manor House’s Michelin-starred The Bybrook restaurant. The mouthwatering tasting menu is fresh, seasonal, and the dishes look like works of art. We had planned to have just a single glass of wine with dinner, but got carried away by the enthusiasm of the sommelier, whose knowledge and skill in pairing wines is second to none. The wines he picked for us were unexpected but brought out the subtlest flavours in the food: it was quite an education.

If you arrive at the hotel mid afternoon (or are just popping by), you’ll want to stop for afternoon tea in one of the beautiful lounges. Come evening time, the bar is well-stocked, especially with gins. The Manor House also has its very own 12th century pub, The Castle Inn, which is at the end of the drive — close enough that you can still stumble back if you’ve had one too many pints.

The village of Castle Combe is regularly rated as the prettiest village in England, and with its quaint stone cottages, river, and pub, it’s easy to see why. It’s a popular film location: parts of War Horse were filmed here, as well as scenes in Downtown Abbey.

CJP Cotswold Tours arranges private guided tours around Castle Combe and other Cotswold villages, which is a super way to see the most photogenic spots, learn about the history, and stop at historic pubs while someone else drives.

In Castle Combe you’ll also find the Castle Combe Circuit, a professional race track where you can watch both cars and motorbikes. When the pros aren’t using the track it’s open for public track days and driver experiences, so you can get behind the wheel of a Lotus or rally car.

Wi-Fi is available throughout the hotel.

Rooms at The Manor House start from £215, including breakfast. Packages with dinner are also available.

These days it’s easy to drop £200 or more on a hotel room and get a very mediocre experience. The Manor House really does give hotels twice the price a run for their money: we think it’s exceptionally good value.

The Manor House is in the village of Castle Combe, five miles northwest of Chippenham in Wiltshire. If you are arriving by car then it’s easily accessible from the M4, otherwise you can take a taxi from Chippenham train station.