5 ice rinks from around the world

It may be chilly outside, but don’t get too comfy on your sofas just yet. What better way to celebrate the seasonal changes than by drawing figures of eight on ice? So dig out your earmuffs, a sturdy pair of gloves and get your skates on. 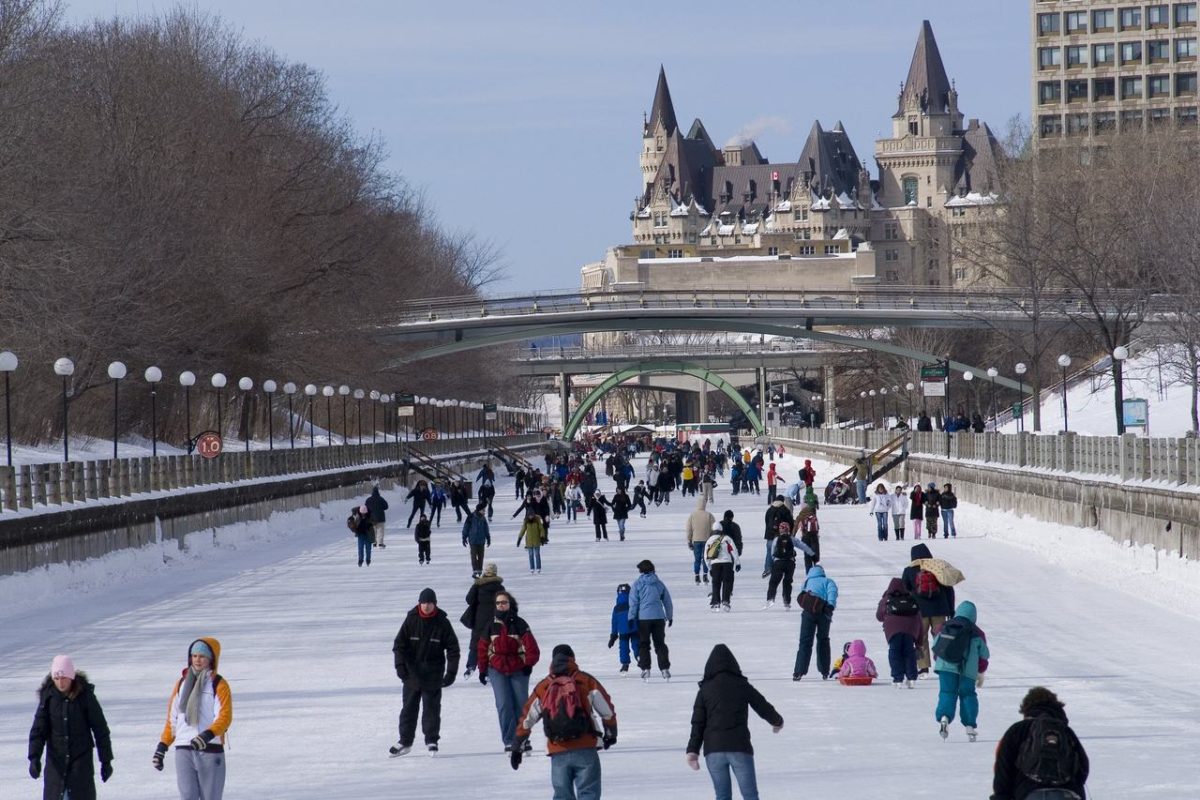 The Rideau Canal Skateway in Ottawa stays open from January to roughly mid March, once the ice achieves a minimum thickness of 30 centimetres (12 inches). It is the world’s largest naturally frozen rink according to the Guinness World Records. It stretches 7.8 kilometers and runs through the heart of the city on the Rideau Canal — a UNESCO world heritage site.

It’s a scenic route that begins by the Parliament buildings and ends at Dows Lake. Along the way are rest areas with places to eat and drink. For the kids there is a snow playground and the Snowflake castle.

Entry is free and you can rent skates on the Canal (there are also skate sharpening booths). You can also rent bright red sleighs and push those who can’t skate themselves.

PS: Sports fans should get there for the The Winterlude. This is an annual event that lasts for three weeks and will be taking place from February 2 to 19 next year. Ice sculptures pop up, triathlons and hockey matches take place as well as some devilishly good skating demos. 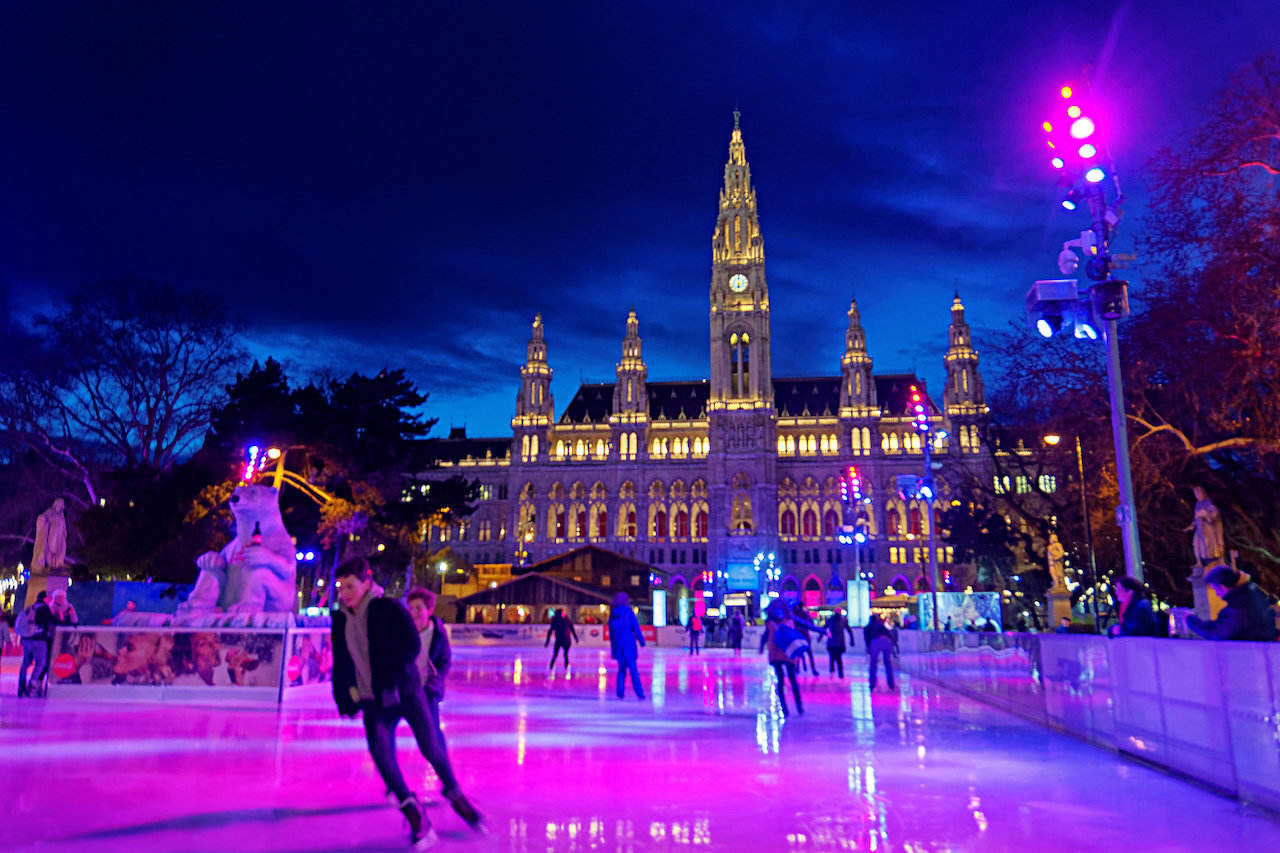 This Wiener Eistraum ice rink (which means Ice Dream) sits in front of the Rathaus (city town hall) in Rathausplatz in the Innere Stadt district. The rink, open from now to March 4 2018, is huge – a hefty 8000sqm – the size of a football pitch. What makes this rink special is the ice skating routes that snake their way quaintly through the park and trees, linking to two smaller rinks. One rink is reserved for children and those with a nervous disposition. Penguin supports for children  are free to use. When not skating, browse the local food fayre for sale from surrounding wooden stalls. 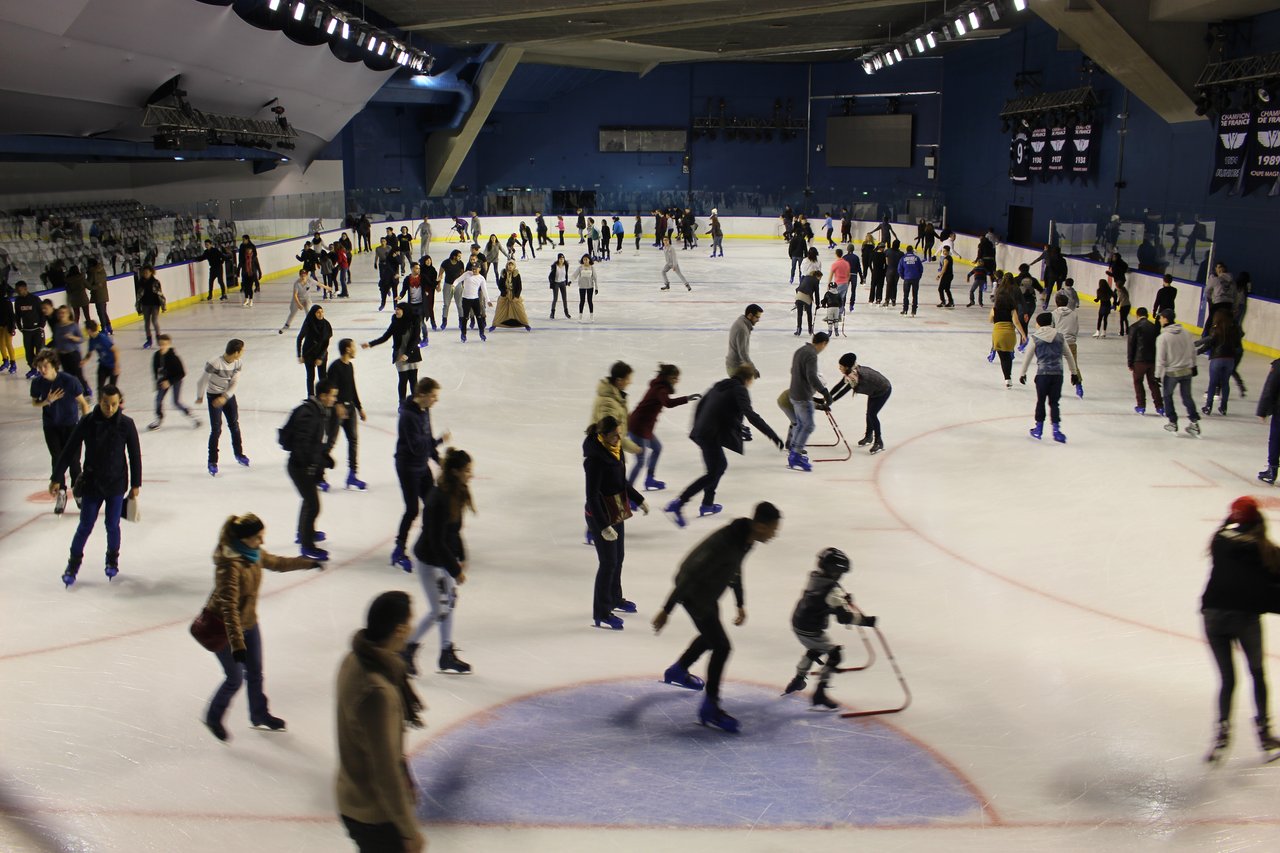 This huge indoor three-year-old ice rink is located in the Accorhotels Arena in the basement of Bercy multisport and concerts venue. The entrance is via Quai de Bercy under the new pedestrian bridge around the building. It’s pretty big at 56 metres (1840 feet) long, big enough for 500 skaters at any one time.

⇒ Read also: Top 10 things to see and do in Paris 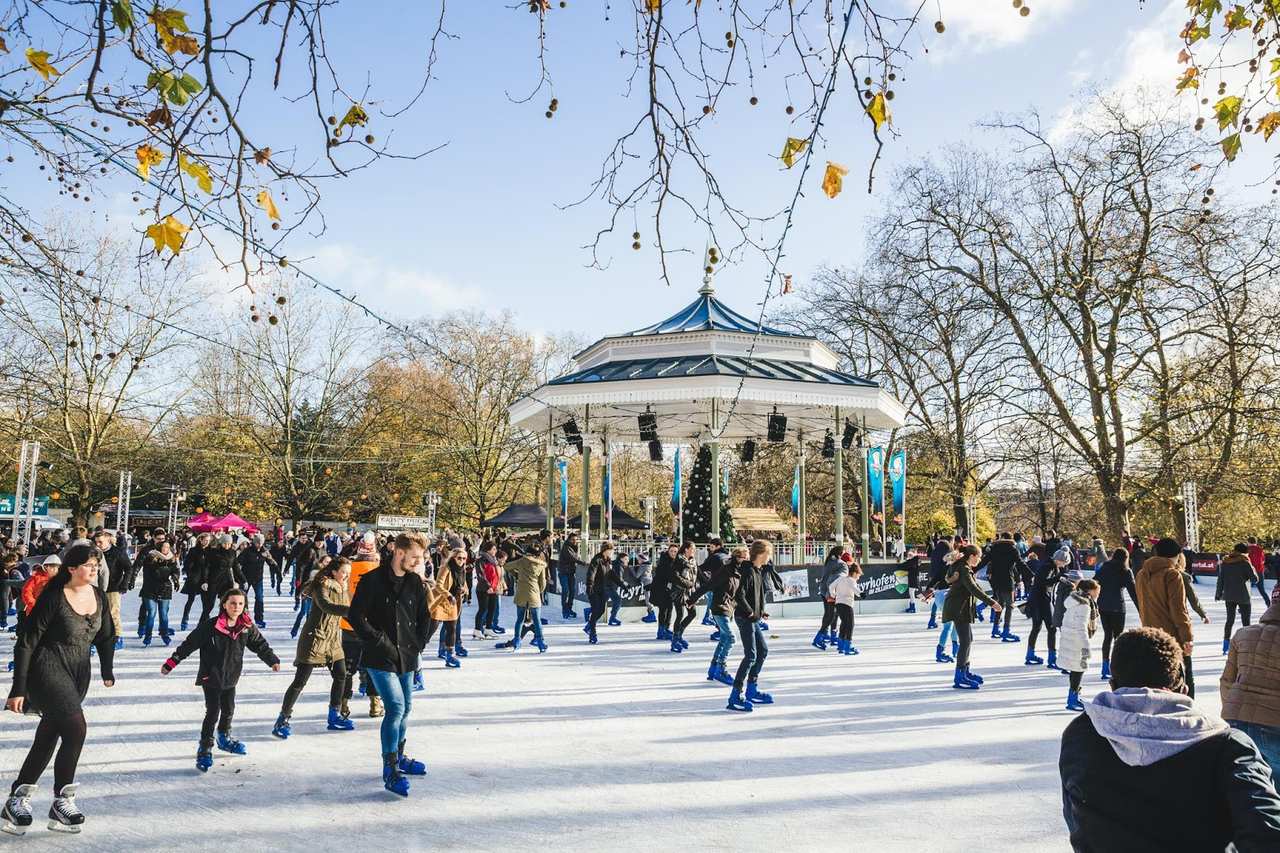 The Hyde Park Winter Wonderland is an event that lasts for six weeks of winter festivities and it’s all free to access. The Magical Ice Kingdom is double last year’s size and offers snow and ice sculptures galore.

It also comprises the UK’s largest outdoor rink stretching over 1,600m2 with the park’s picturesque Victorian Bandstand at its heart. It is illuminated with with over 100,000 lights and where live music is played all day and night.

Entry is from £9.50 for adults and £8.50 for kids and includes skate hire. Each session lasts around 50 minutes so get there well in time to get ready.

And if that is not heady enough, you can gaze at the action from above from the iconic Giant Observation Wheel that illuminates the skyline. 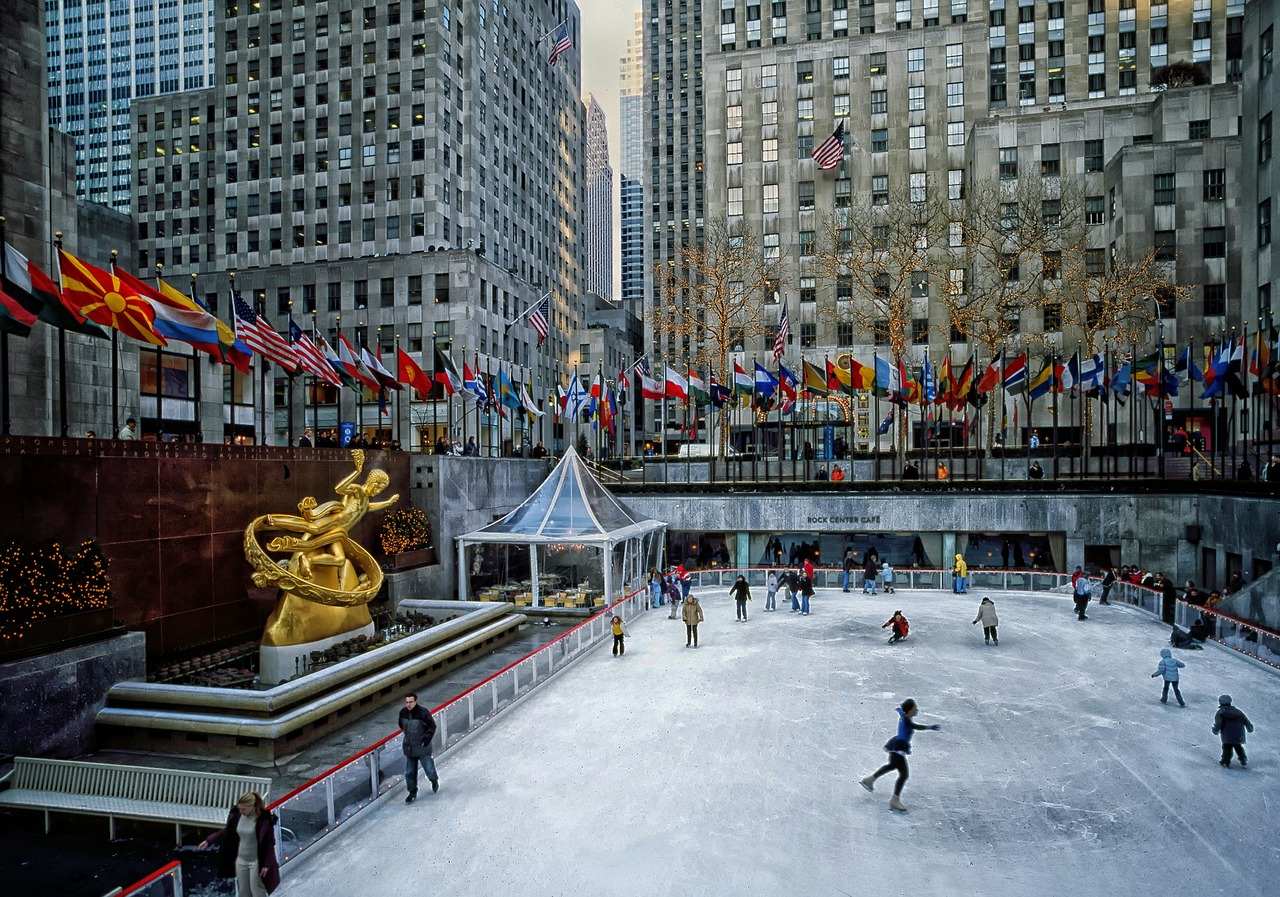 This ice rink is a major feature of the Rockefeller centre, but it wasn’t always ice. The Sunken Plaza, as the area was originally called, was lushly landscaped and with high-end shops and restaurants. But not many bothered to go down the stairs leading from the Channel Gardens.

So to get attention, in the winter of 1936, they contracted an engineer from Cleveland to build a temporary rink. It was an instant hit and so became a permanent fixture.

Only 150 skaters can fit on at any one time (it’s only 122 feet and 50 feet wide), but skating by Fifth Avenue while the high rises loom over you and the fact that you are in the Big Apple is compensation enough.

⇒ Read also: Top 10 things to see and do in New York City 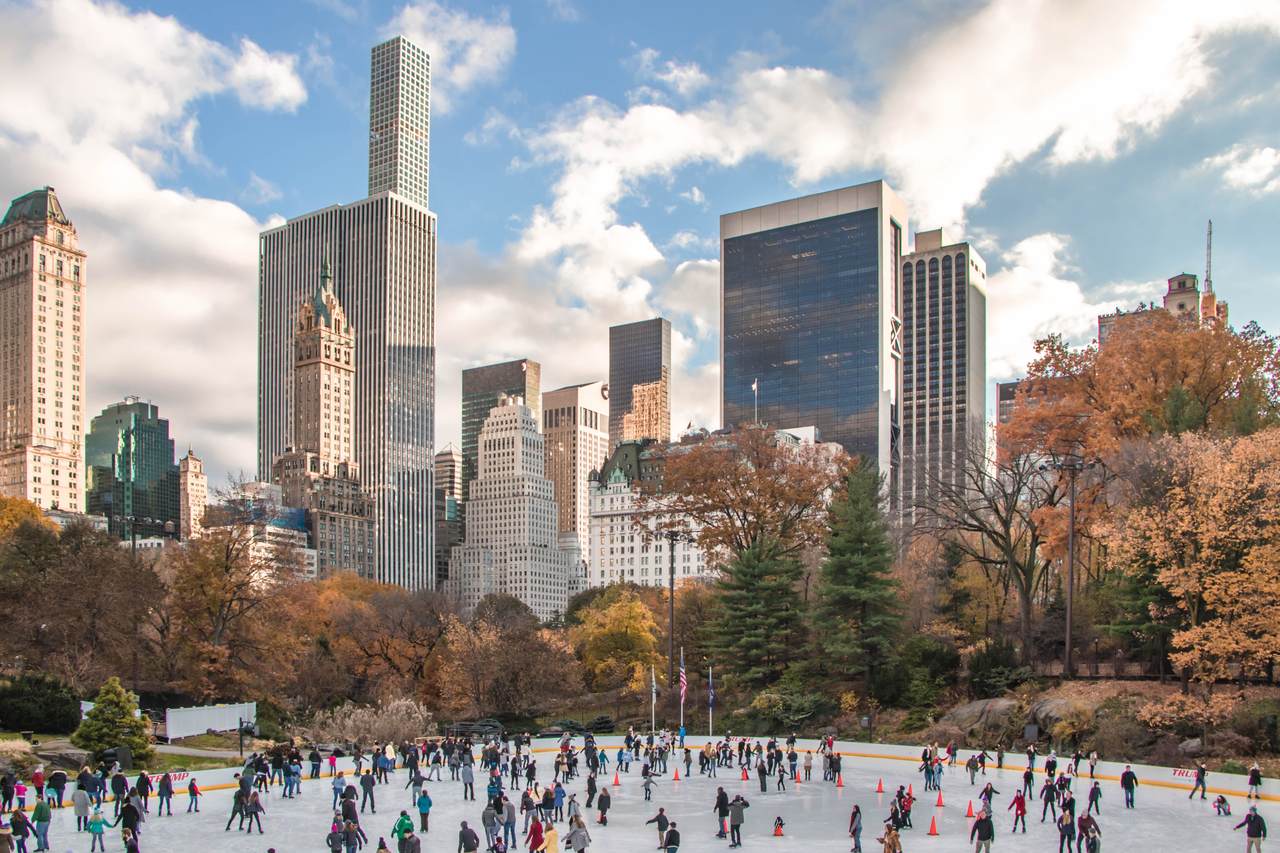 So, for another amazing, less crowded destination head for Central Park to the Wollman Rink. It is owned by Trump who bought it when it was on the verge on closing down thereby bringing it back to life. It is four times larger and the view of the city’s skyline is simply awesome. Entry fee is from $12.

5 of coolest hotels in The Emerald Isle (Ireland) in 2018