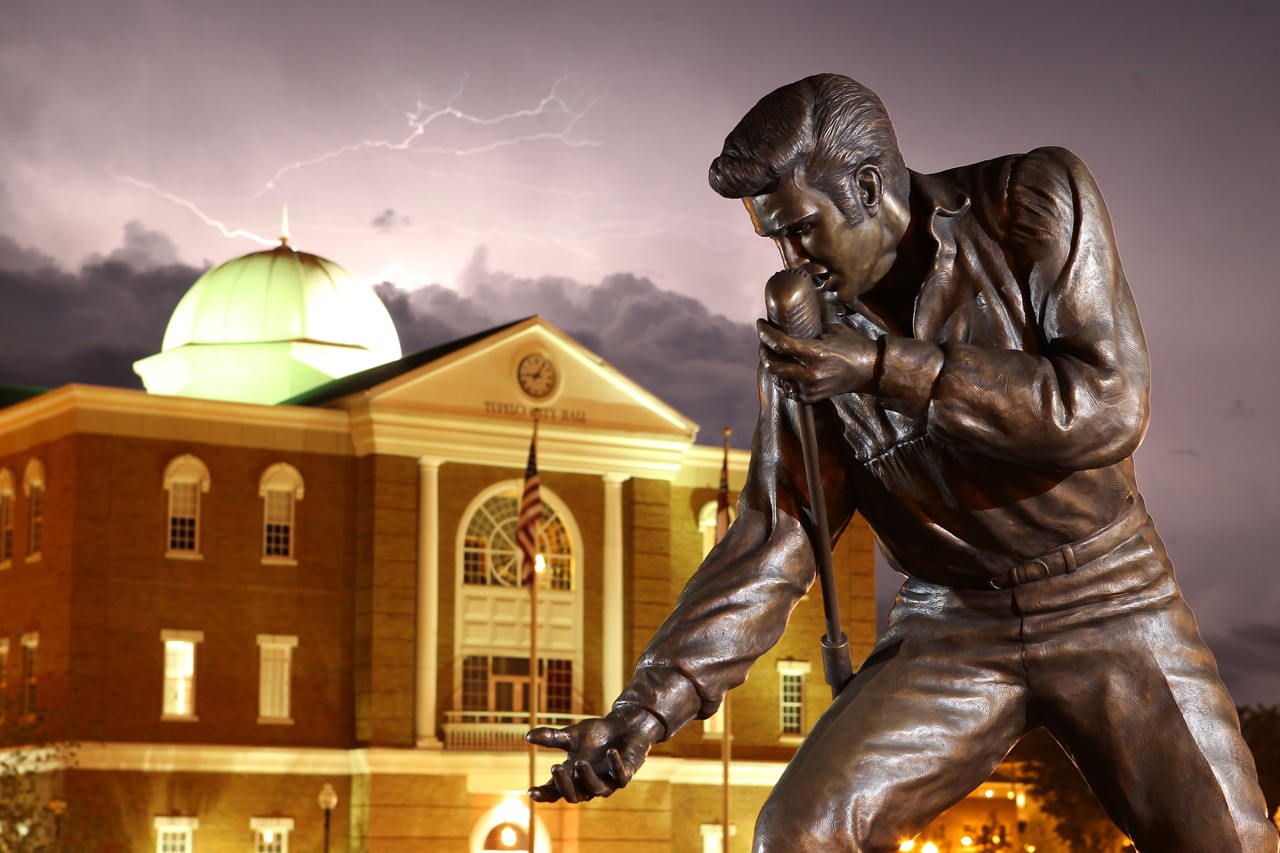 As far as British visitors to the US are concerned, Middle America is in the middle of nowhere. We have tended to ignore the central states and travelled instead directly to the coastal areas of New York, California and Florida.

Great swathes of Middle America are known to us as “the flyover states” – with justification. Like cops at an accident, as we pass over the centre of the US, we have long been prone to saying: “Move on, there’s nothing to see here.”

But in fact, if you take the trouble to stop off in the middle of America, you’ll find a wealth of fascinating places to visit.

This state has an extraordinary and sometimes troubled history as a crucible of the civil rights movement. It is also the cradle of a resplendent cultural heritage – and that is what The Travel Magazine is exploring in a tour of the impressive array of museums across surprisingly mesmerising Mississippi.

Despite being the poorest state in the Union, Mississippi is the birthplace of an astounding range of cultural figures with truly global significance.

For instance, it has given the world musicians such as Elvis Presley (aka, The King), B.B. King, Muddy Waters, Sam Cooke, Ike Turner, Faith Hill, Tammy Wynette, Britney Spears, Bo Diddley, John Lee Hooker, Robert Johnson and Jimmie Rodgers (The Fathers of the Delta Blues and Country Music respectively). Mississippi has produced more magical music than anywhere else in the US, and it is easy to see why it is home to more Grammy winners than any other state.

As the Mississippian musician Marty Stuart, who was Johnny Cash’s guitarist and has won four Grammies, puts it: “There is no other state that can claim what we can in terms of giving the world great music and entertainers.” 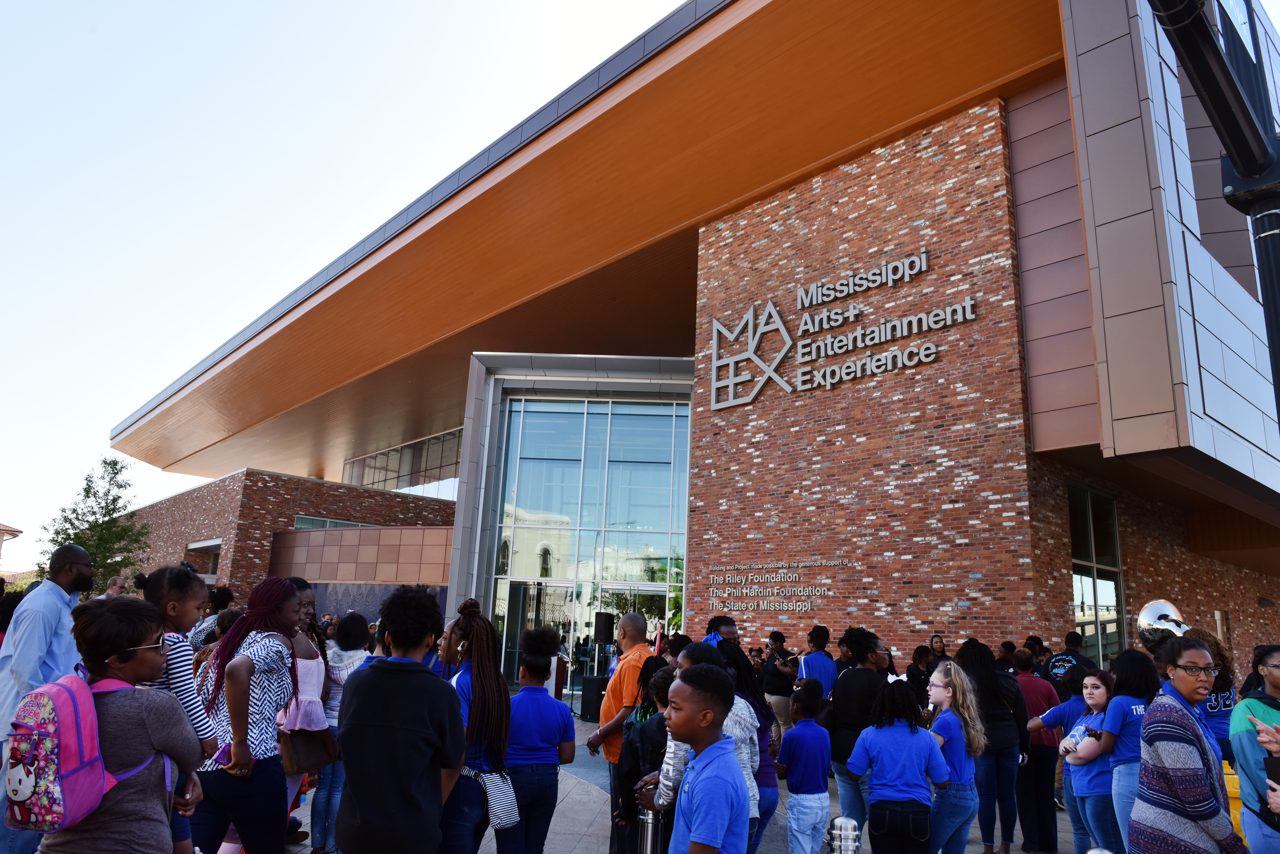 All these iconic artists are featured in the impressive new Mississippi Arts & Entertainment Experience (known as The MAX), which opened recently in the city of Meridian on the far eastern side of the state.

This major new museum, which has been 20 years in the making and cost $50m to create, examines the global influence across the arts of these Mississippian natives. 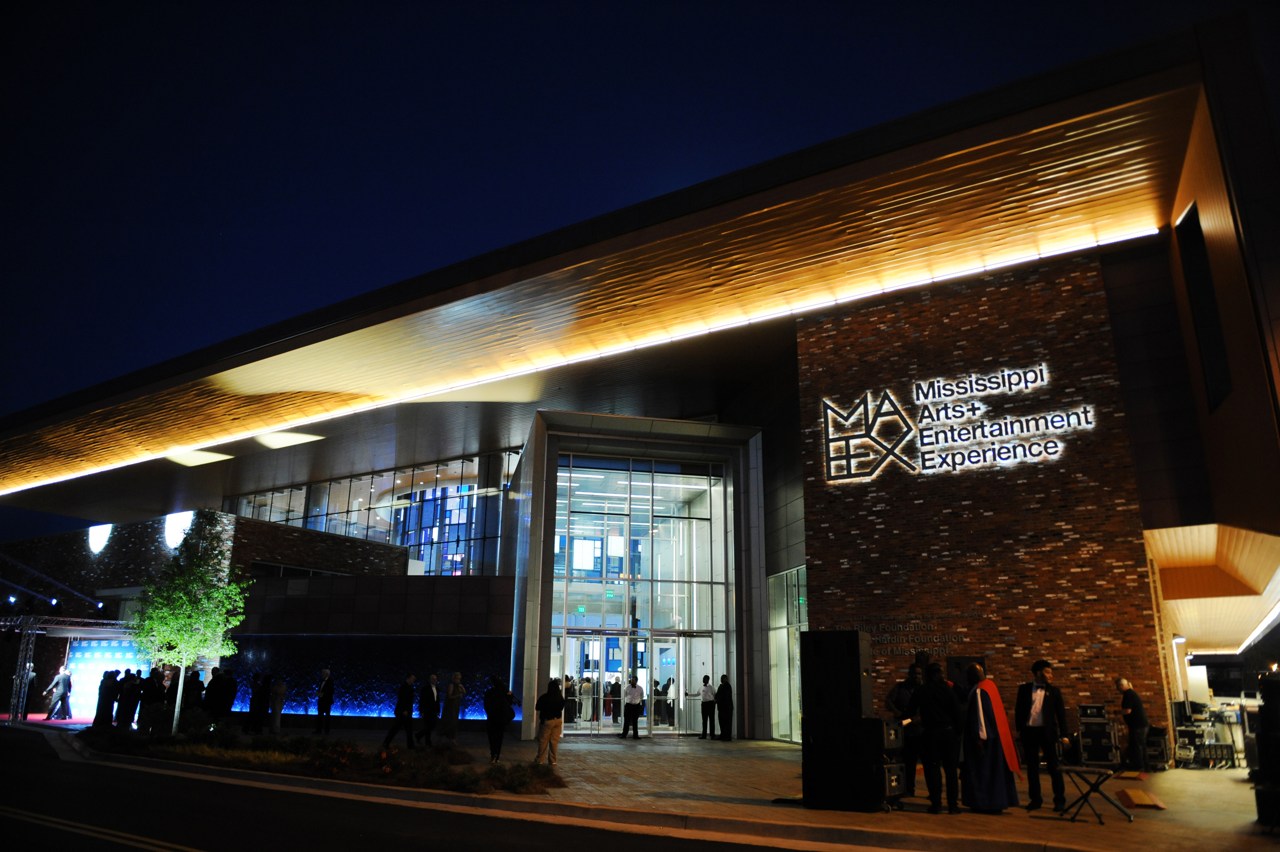 The MAX at night

After the official ribbon-cutting – at which the very energetic mayor of Meridian shouts into the microphone a call-and-response chant of “Teamwork can make the dream work!” – we enter through the gleaming glass facade of the museum.

We are straight into the MAX Hall of Fame Rotunda, a splendid two-storey celebration of 18 of the most feted artists the state has produced (including most of the names mentioned above). People can vote online for the four artists who will be inducted next year. 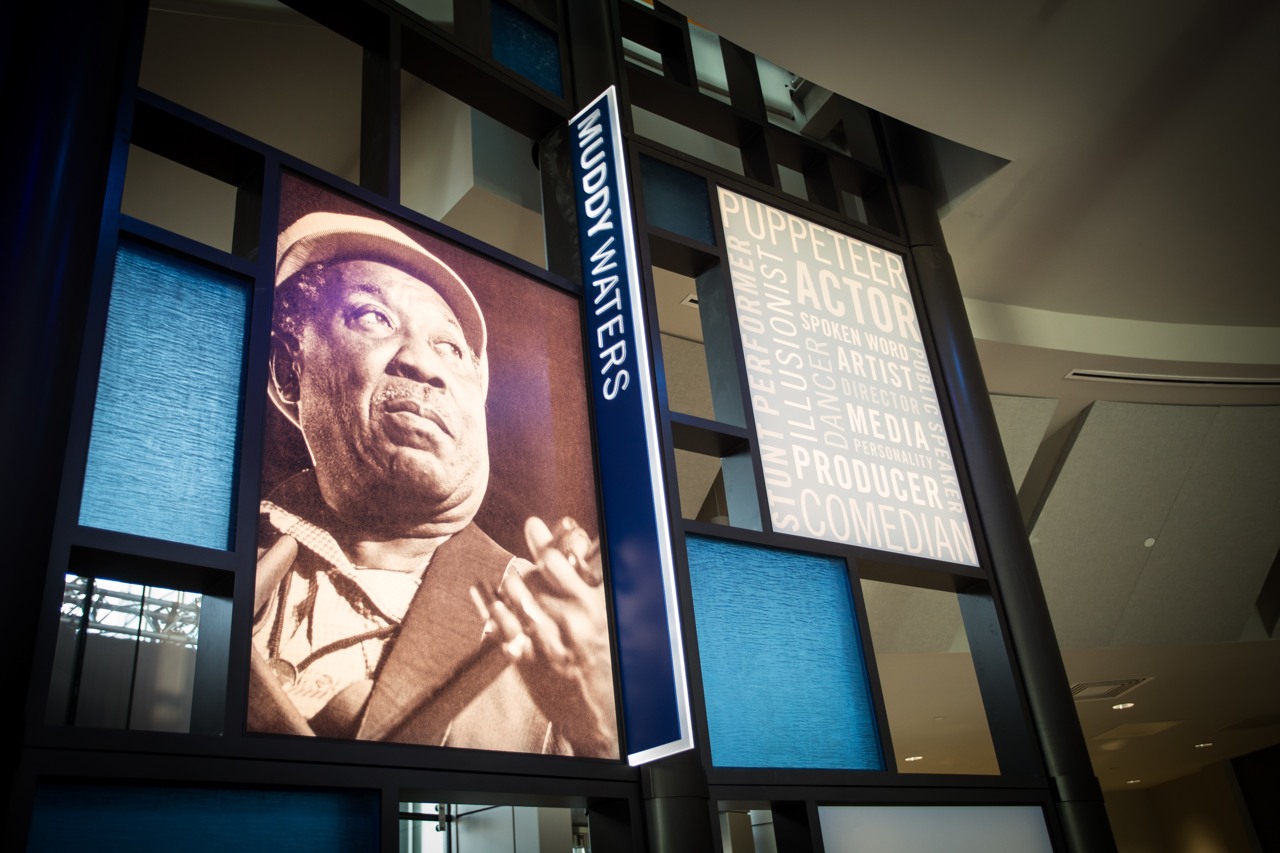 The museum, which also has an educative purpose and boasts a recording studio where students can make their own record for free, delves deeper into the potent artistic history of the state on the second floor.

The technology is cutting edge. You can, for example, re-enact the much-parodied scene from the movie Ghost by fashioning a pot on a “virtual wheel.” Afterwards you can email yourself a copy of the pot. This exhibit offers all of the fun and none of the mess of pottery.

Meanwhile, in “Maxie’s Juke Joint,” a convincing mock-up of the sort of down and dirty bar where the Blues were first played, you can use a state of the art computer display to compile your fantasy band of Mississippian musicians. You can then hear what a band comprising, say, Jerry Lee Lewis on piano and BB King on guitar would have sounded like.

The MAX demonstrates that artists do not need money to thrive. As Bob Luke, the architect of the museum, tells The Travel Magazine: “Per capita, we’re the poorest state in the Union, but per capita we are also the most talented.”

One of the most talented was BB King, who is celebrated at a museum in his home town of Indianola. As you get out of your vehicle, the distinctive sound of “Lucille,” King’s beloved guitar, wafts across the car park. Those inimitable, long-drawn-out notes make it sound as if Lucille is singing to you.

Inside, you learn lots of intriguing details about King. For instance, he was in a Juke Joint one night in 1949 in Twist, Arkansas when two men, while fighting over a woman, knocked over a hot stove which proceeded to burn down the bar. 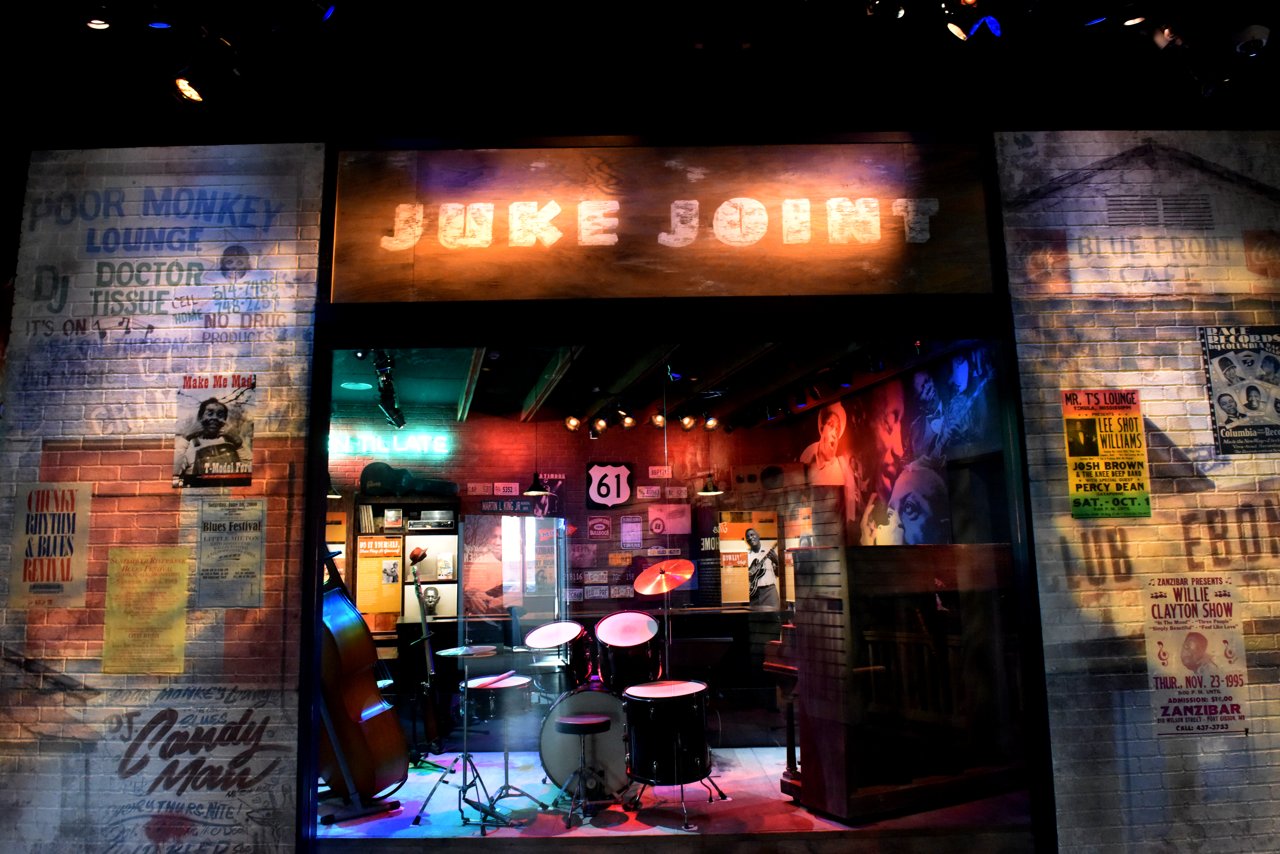 The musician risked his life to run back into the burning building to save his precious guitar. In order to remind himself never to endanger himself in that way again, King christened his guitar Lucille – after the woman the men were fighting over!

The museum is built around a former cotton factory. King particularly approved of this site because, as a child, he worked in that very factory.

The BB King Museum gives an excellent account of how he came through such adversity to develop the twelve-bar Blues structure that constitutes the basis of all the popular music we know and love today.

The BB King Museum does not shy away from recounting the difficulties he experienced trying to make it as a musician in the segregated Deep South after the Second World War.

He recalled being told as a youngster: “You don’t want to get into trouble by drinking at the wrong water fountain or going to the wrong rest-room. Those things can lead to you losing your life”. I grew up believing you don’t rock the boat.

The Elvis Presley Birthplace in Tupelo 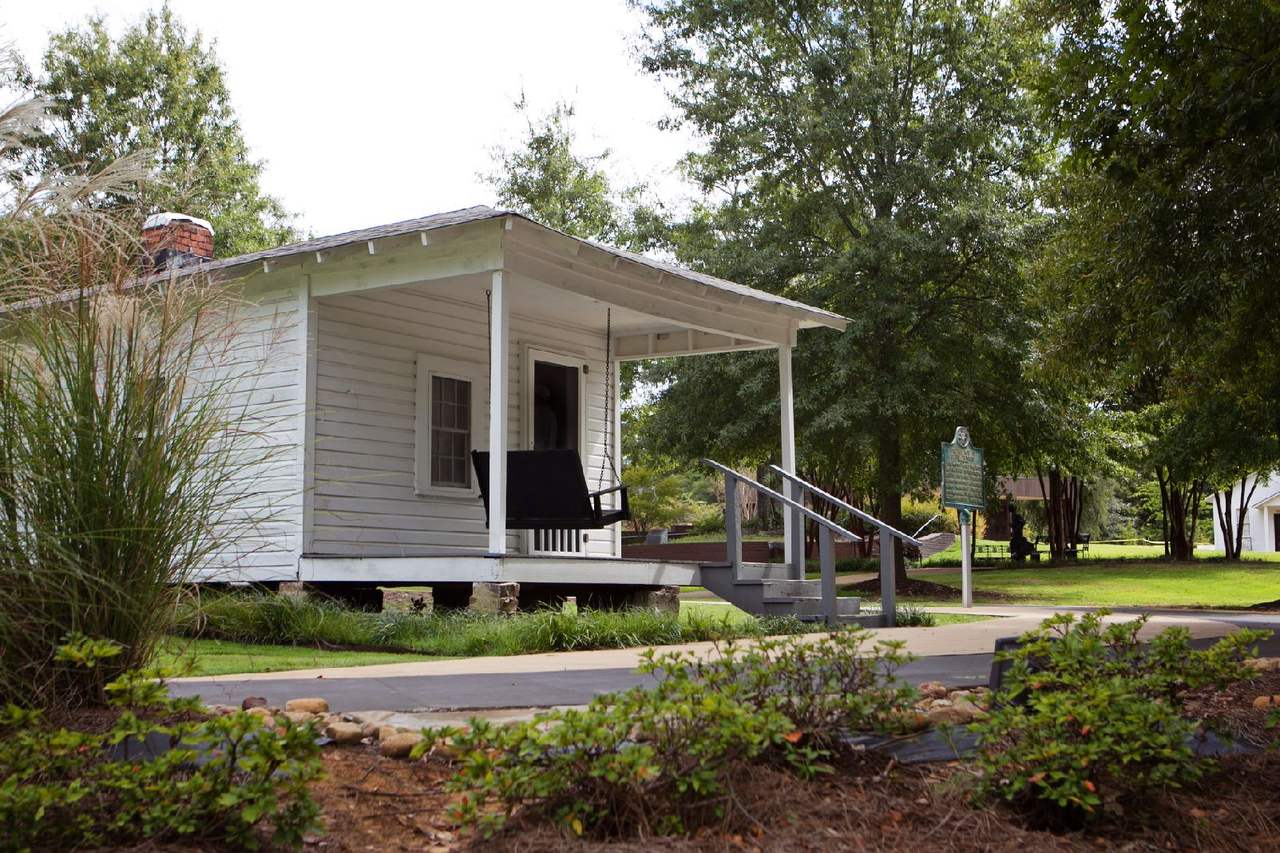 Elvis Presley also went through tough times as a young man, as The Elvis Presley Birthplace in Tupelo emphasises. The centrepiece of this site is the two-room “shot-gun shack” with no electricity, running water or inside toilet where Elvis was born.

He was raised on the wrong side of the tracks, and conditions were extremely harsh. Elvis’ identical twin, Jessie Garon, who arrived 35 minutes before his younger brother, was still-born. Their ne’er-do-well father, Vernon, was jailed for forging a cheque. The shack was repossessed after just three years, and to avoid further trouble, the family were obliged to get out of town sharp-ish in the middle of the night. 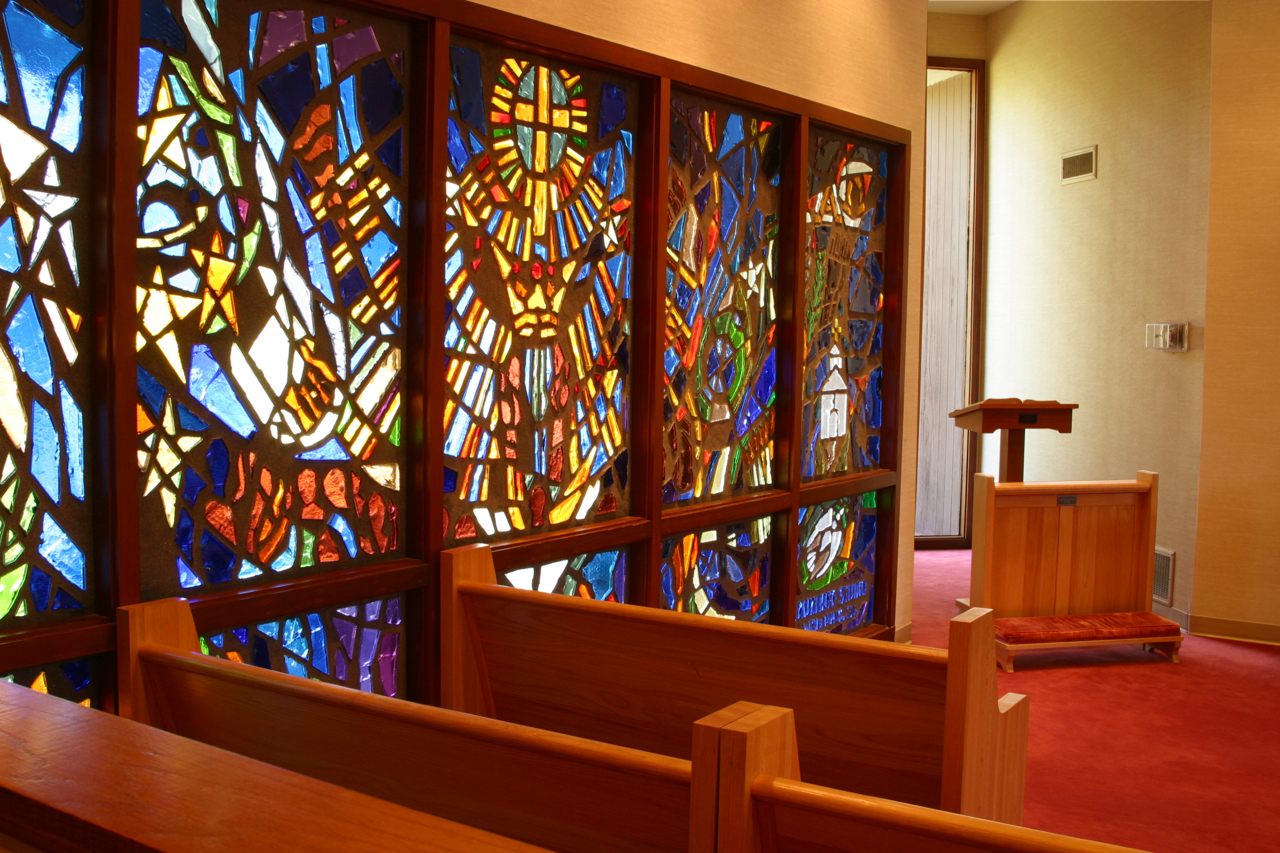 Next door to the shack at the Birthplace – where you are treated to the bizarre sight of a video of Elvis singing “My Way” above the toilets – is The Assembly of God Pentecostal Chapel. In a sign of things to come, he was already singing solos of “Yes, Jesus Loves Me” here at the age of five.

In the downtown area of the city, the Tupelo Hardware Store provides further gripping stories about Elvis’ upbringing. The shop is commendably un-glitzed-up. Still replete with bottles of turpentine and tins of paint, it is virtually unchanged since he visited it with his mother, Gladys, on his 11th birthday, 8 January 1946.

The youngster was desperate for a .22 calibre rifle for his birthday, but his mother persuaded him to get a guitar instead. Hanging above the counter is a painting of when Elvis received the guitar, entitled “That Magic Moment.” 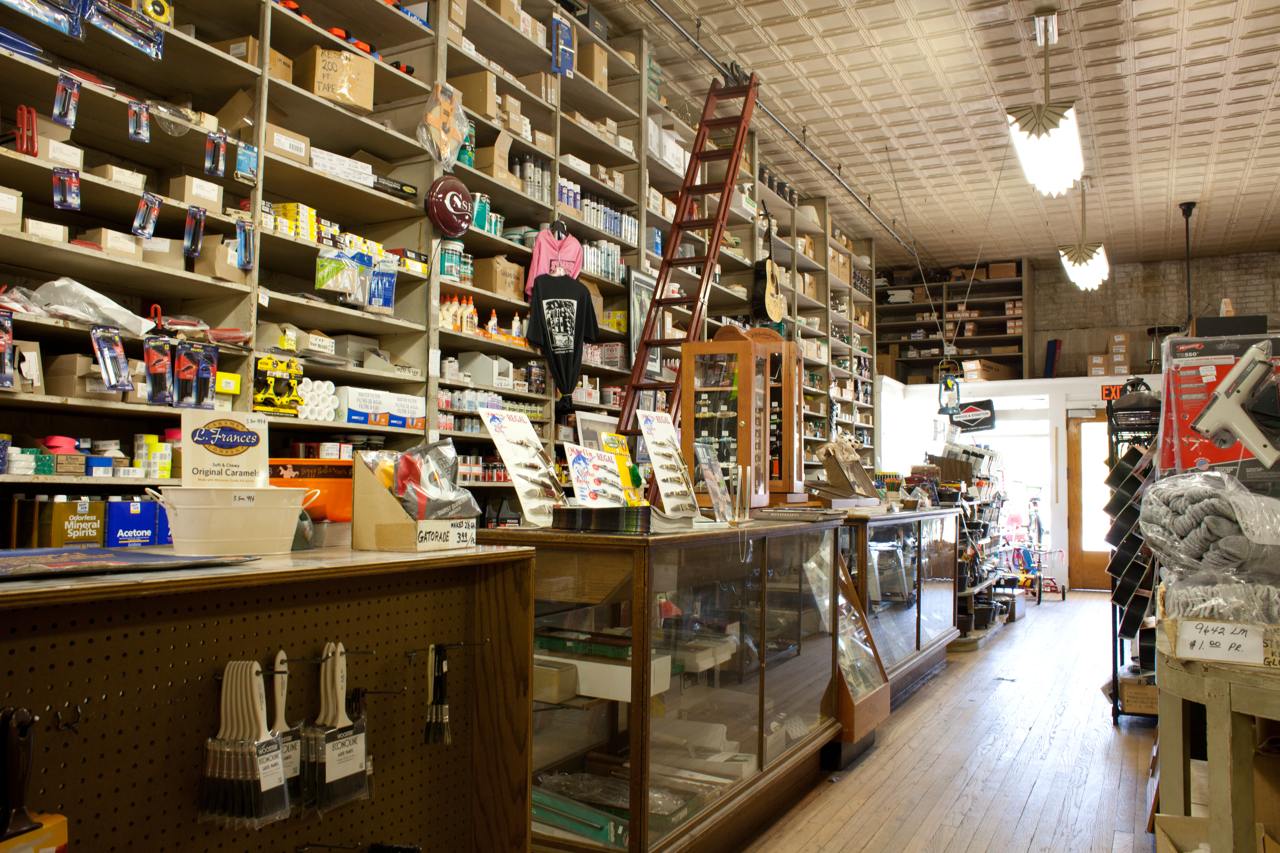 You can stand on the X marking the spot where she purchased the instrument that changed the face of music forever. Legend has it that when Gladys apologised to her son for buying him a guitar rather than a rifle, Elvis replied: “That’s alright, Mama!”

Mississippi is an unexpected, perhaps hitherto hidden gem, bursting with iconic tales of American cultural heritage. There used to be an advertisement for TV Times which carried the tagline: “I never knew there was so much in it.” That line could easily apply to Mississippi.

Elvis may have left the building 41 years ago, but the influence of The King and his fellow timeless Mississippian artists still reaches every corner of this culturally rich and compelling state.