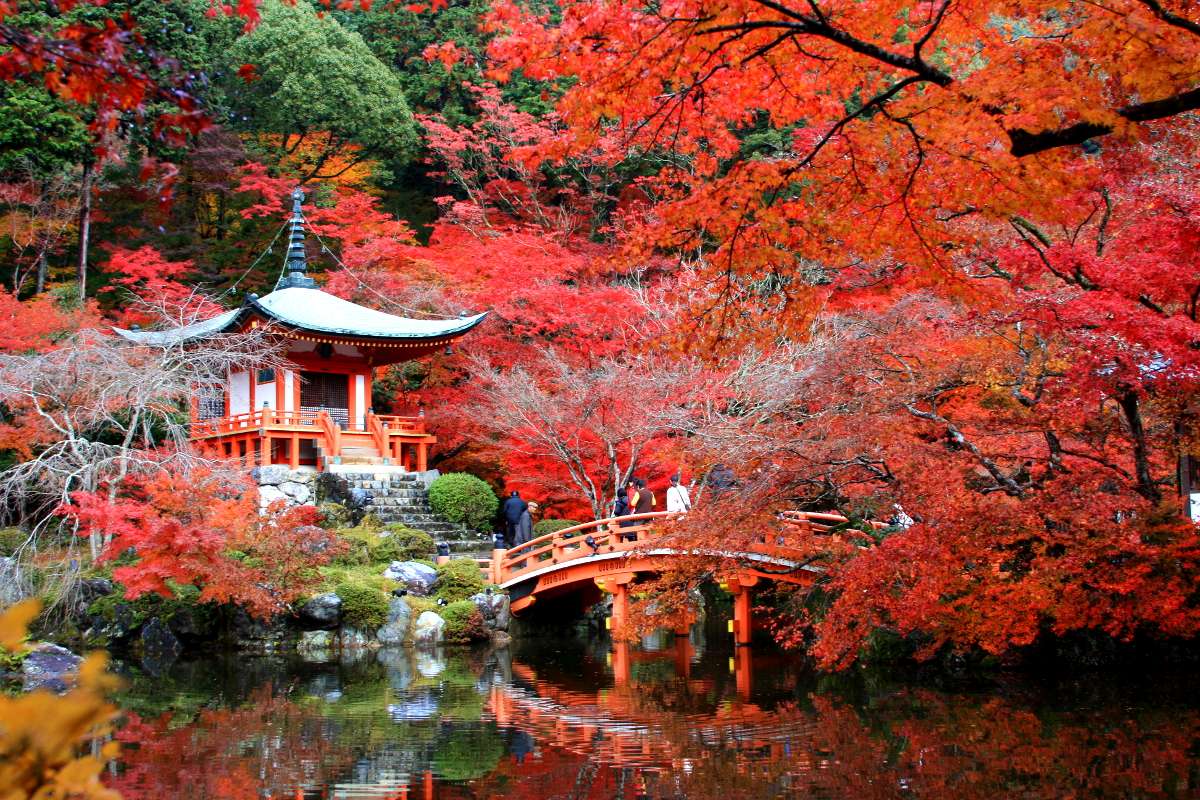 As seasonally-themed Japanese celebrations go, the cherry blossom viewing festival may get all the attention, but the centuries-old autumnal tradition of momiji-gari, literally “red leaf hunting”, remains one of Japan’s best kept secrets.

For many Japanese, this yearly pastime is nothing more than a saunter through local forest trails in search of the perfect photograph or simply a scenic place to sit. The seasonal blush of the Maple, Cherry, and Gingko trees, which weave their way through the old city, intensify the majesty of Kyoto’s palaces and temples. For those dedicated to the momiji-gari, however, it is about hunting down the best autumnal landscapes that Kyoto and its surrounding region has to offer. We share the secret of the best places to see it. 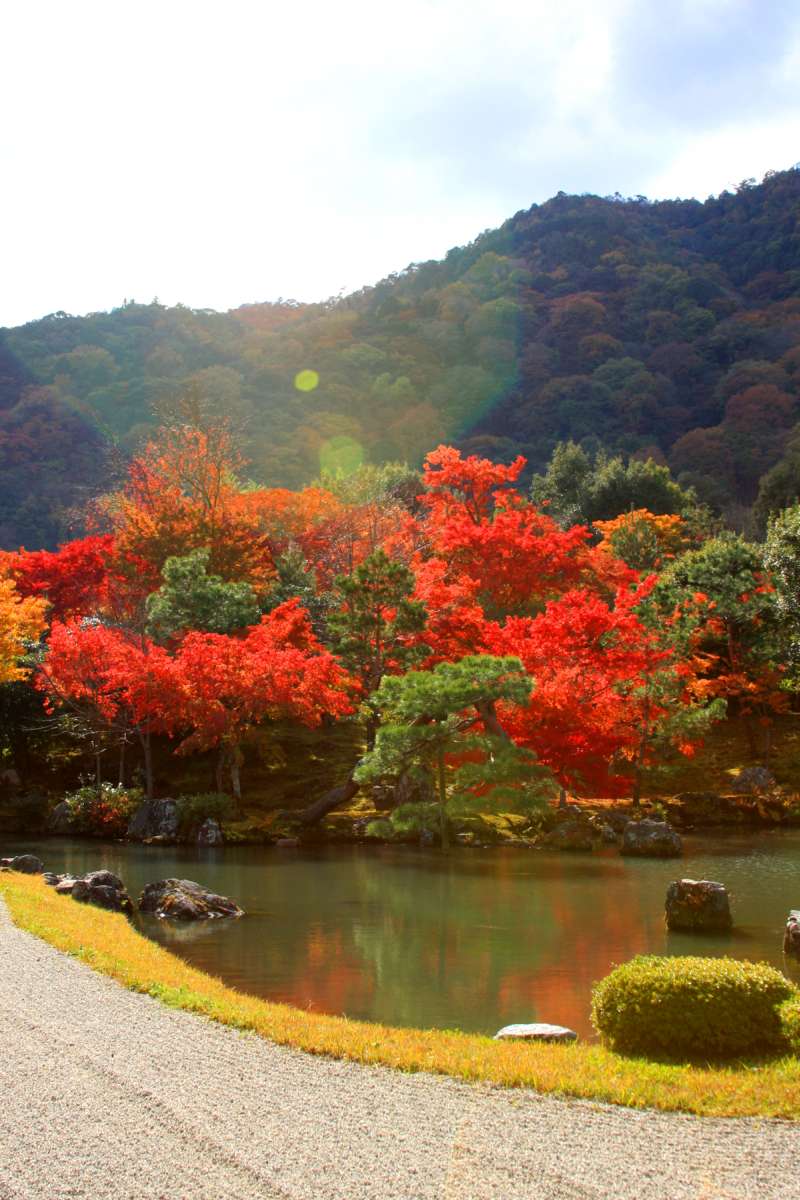 This UNESCO World Heritage site has sat as a sacred cornerstone of Japanese Zen Buddhism since its inception in 1339. The serene stillness of this temple is visible in its long rock gardens, combed by the monks so as to appear like frozen waves, and steep hillside peaks, overlooking the complex, which act as a windbreak for its calm trees and craggy pond. Those calm at heart will appreciate the simple beauty of watching a crisp red leaf slowly floating down into a groove in the rock garden.

Red leaf hunters looking for something a little more lively, should cross the river to the Iwatayama Monkey Park. Maples may grow all over the world, but only here will you see a family of howling Japanese macaques swinging through them. You can even feed the macaques from the safety of a protected shelter. Do be careful, though; despite the monkeys’ playful curiosity, they are still wild animals. 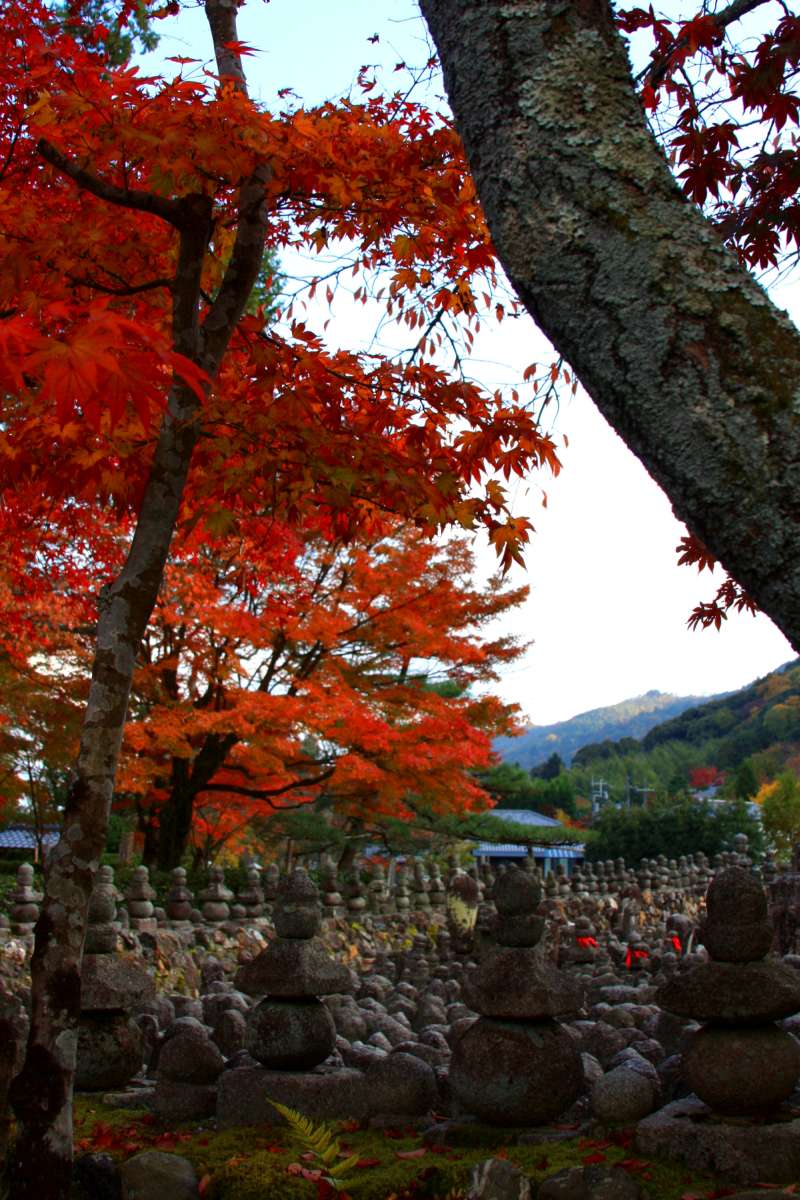 More so than any other location, Adashino Nenbutsu-ji evokes autumn’s darker associations. Long ago, the temple grounds became the final resting place for those lost souls without a penny, kith, or kin to provide proper burial. Though their bodies were left to the elements back then, today they are remembered by a collection of roughly 8,000 Buddhist statues and rock monuments arranged in a cemetery style. The site’s haunting aesthetic is enhanced in autumn by thinning branches and the decaying mat of leaves on the ground. A must-see spot for fans of Halloween and Day of the Dead.

Daigo-ji sometimes gets overshadowed by Kyoto’s sixteen other UNESCO World Heritage Sites, but the temple’s name, which translates to “creme de la creme”, should remind red leaf hunters not to pass it by. The thousand-year-old temple is famous for its five-story pagoda, lush sprawling gardens, and serene pond. The latter, most of all, becomes especially picturesque in autumn, when crimson-leafed maple branches drape over the water, mirroring themselves on the surface. As reflective as it is evocative, Daigo-ji attracts droves of photographers and spiritualists alike. 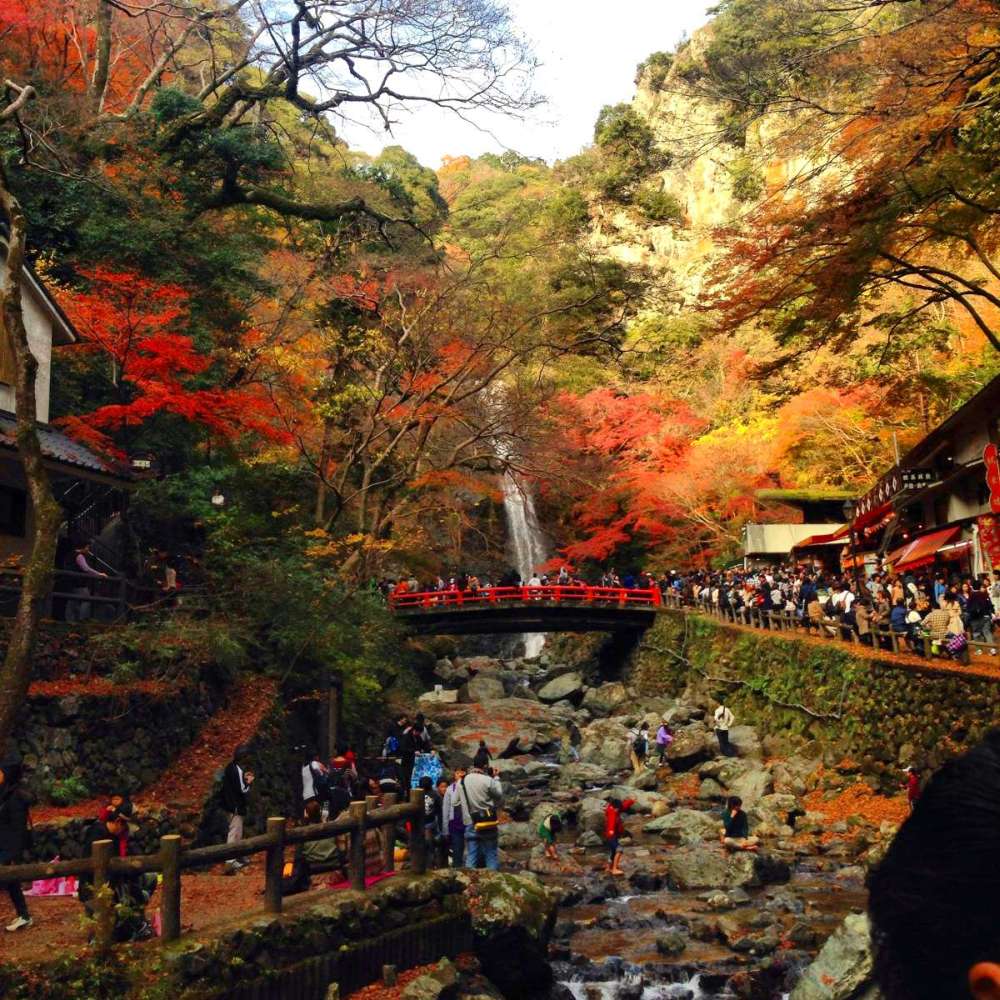 Minoh Park may be a bit farther out. The park entrance is a good 90 minutes or so from Kyoto via public transit, and it’s another hour of leisurely hiking to reach the park’s breathtaking waterfall. The gradual uphill footpath is dotted with bucolic shacks offering red leaf hunters a place to rest, Japanese cuisine, and most importantly, a variety of maple sweets. Minoh is known for its deep-fried maple leaves and one would be remiss not to grab a bag for sustenance while strolling.

At the park’s end, the waterfall erupts from a cliff face covered in fall foliage. A pleasant sitting area offers benches for the awestruck to take it all in. This sitting area can get a bit crowded at peak times. The rest of the park, though, with its divergent trails, stays sparse with hikers throughout the year.

Along the main path, not far from the entrance, is Minoh’s Museum of Insects. Passed several rooms of exotic, oversized bugs pinned down in display cases – admittedly not for everyone – stands a lush greenhouse filled with butterflies, some quite rare, all of which seem to want to land on visitors.

Minoh also offers an opportunity to see the quaint side of Japan, so often overlooked by tourists who never make it out of Tokyo and Osaka. There are plenty of one-room restaurants to get a bowl of home-made noodles and local sake. 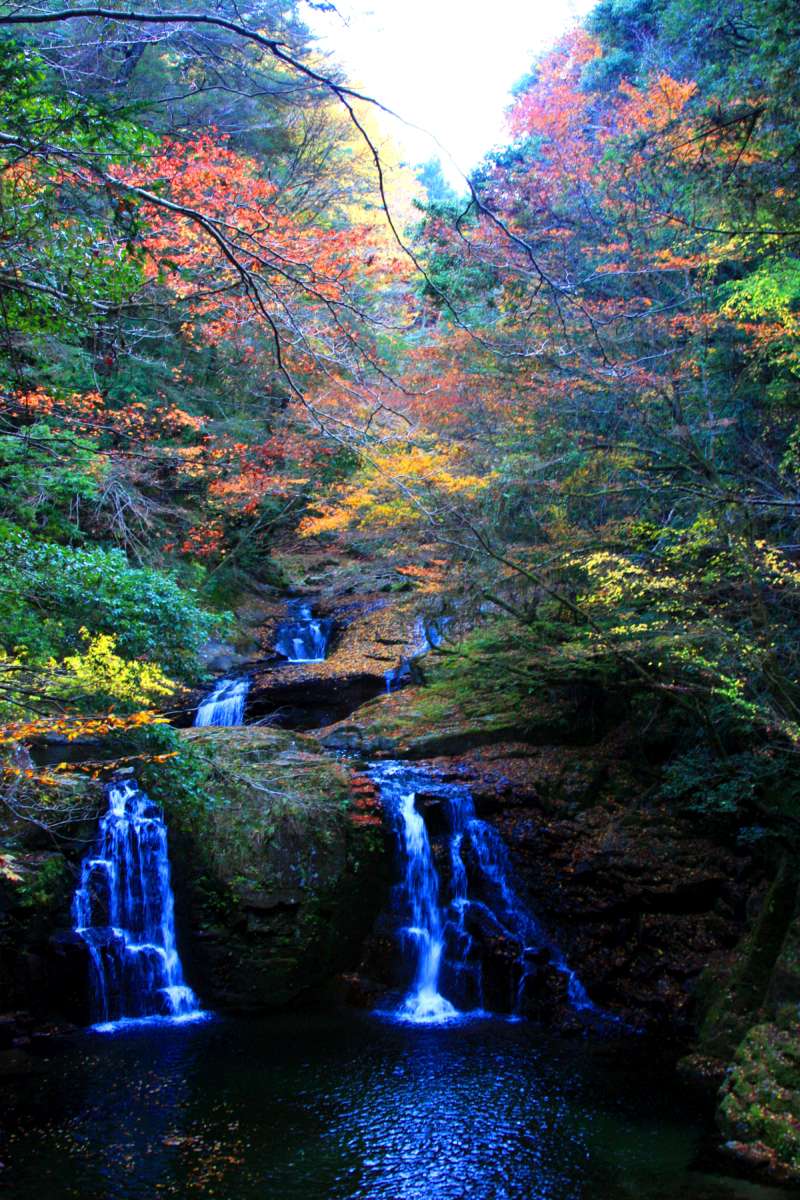 48 Waterfalls actually only contains 25 waterfalls, (in Japanese “48” is used colloquially to mean “a great amount”), requires a day trip east of Kyoto. It will take the better part of two hours to travel from Kyoto to the mountain hiking trail.

Once there, the park should be hiked at an appropriately lazy pace; figure to take at least three hours. While the hike isn’t very long, red leaf hunters will find themselves constantly stopping to gape at the next waterfall or the ceiling of scarlet foliage, which forms a canopy over long stretches of pathway. Some of the park’s waterfalls are merely waist-high, while others rise to stupefying heights – exercise caution when traversing the trail’s steeper inclines.

Lurking here, in the deep river pools, is the Japanese Giant Salamander. At 1.5 meters long, these amphibious behemoths live up to their name. Seeing the salamander in the wild is rare, due to their nocturnal activity and dwindling populations, but an on-site museum, located at the park’s entrance, has giant salamanders as well as an international variety of other amphibians.

The mild weather of the Kyoto region delays the onset of autumnal colours until late November or early December, furthering its appeal at a time when the rest of Japan’s deciduous forests are already browning or bare.