While in Britain we traditionally sing Auld Lang Syne, watch firework displays and perhaps drink more than usual – all enjoyable ways to bring in the new year,  maybe in 2020 we can shake it up a little?

We take a peek around the world and discover some sometimes bizarre New Year traditions ranging from wearing red underwear, throwing plates on neighbours’ doors to drinking a concoction of ashes and champagne.

An onion, often seen as a symbol of growth and rebirth, is traditionally hung above the front door on New Year’s Eve. In the morning parents wake their children by tapping them on the head with the onion to seal happiness, prosperity and most of all new growth.

During the last hour of New Year’s Eve, many Salvadorans traditionally crack an egg into a glass of water and leave it on a windowsill overnight. Whatever shape it has formed when the new year dawns will predict the household’s fortune.

In Portugal and Spain, the tradition is to take 12 grapes, each representing a chime leading to midnight, and stuff them into their mouth. The idea is to finish eating them before the chimes have stopped.

In Romania, some farmers welcome in the New Year by talking to their animals to bring good luck.  Others celebrate by getting into dancing bear costumes – tradition dictates bears can protect and heal people against evil spirits. 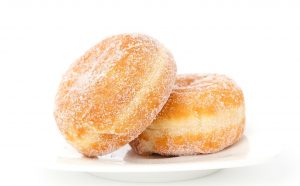 German bakeries bake up extra amounts of Berliner Pfannkuchen (doughnuts) for New Year’s and Karneval/Fasching. They usually have a jelly (Konfitüre) filling in the centre, but in a practical-joker twist, a random few have a surprise taste of mustard or onions rather than jelly. Who says Germans don’t have a sense of humour? 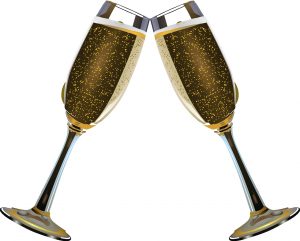 On New Year’s Eve, Russian revellers write their wish or dreams down on a piece of paper and then burn it with a candle. They then carefully put the ashes of the burnt wish into their glass of champagne and drink it at a minute past midnight.

Some Danes collect dishes to throw at their neighbours’ doors when midnight strikes. For popular souls, there could be a mound of broken crockery on their doorstep in the morning. It’s messy but it means more good fortune for the coming year.

Another less dramatic tradition is to jump off a chair at midnight to signify the jump into the New Year.

Superstitious Filipinos will commonly turn on all the lights in the house on New Year’s Eve, to ward off evil spirits and shut them after midnights strikes.

This is a cheeky tradition from Italy. Italians believe wearing red underwear on New Year’s Eve will bring love, luck and prosperity. In the days leading up to December 31st, shops will stock up on red knickers because they say wearing red underwear is supposed to bring good luck in the new year. Red is a vibrant colour so maybe it works.

In Ecuador, they believe wearing yellow undies will bring wealth and red undies will lead to love. 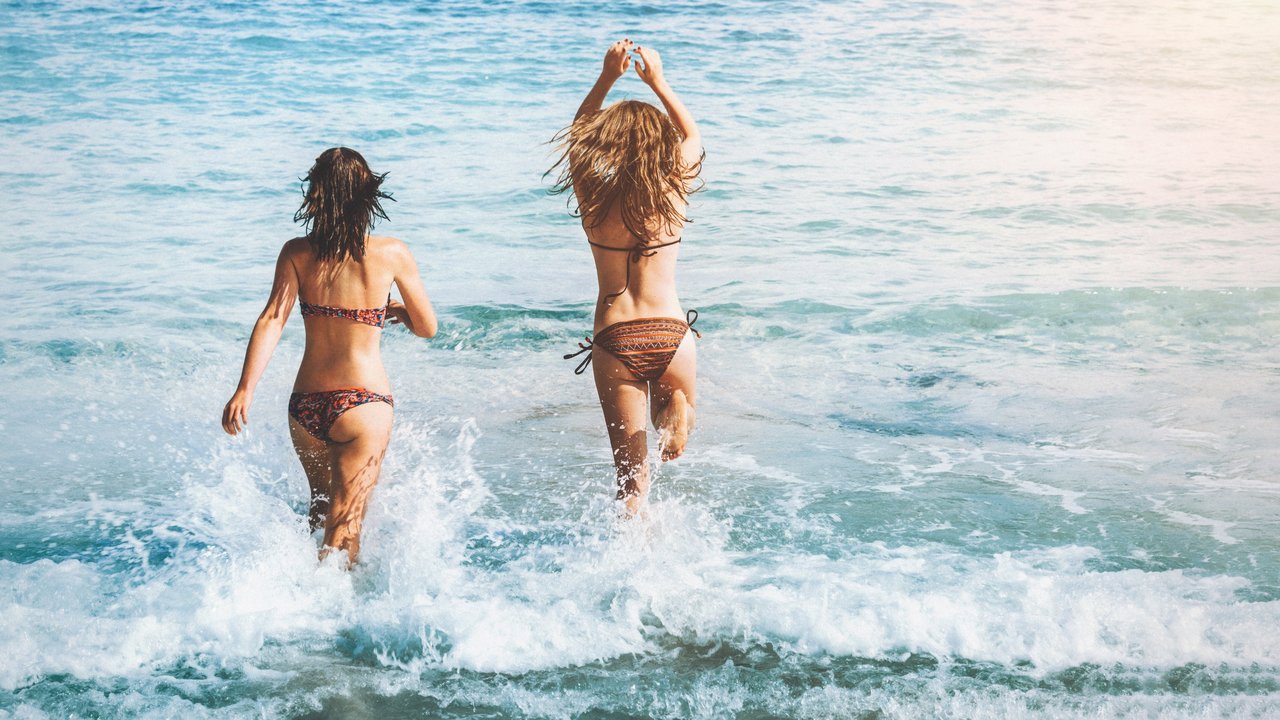 At midnight Brazilians head for the beach and jump seven ondas (waves) – one for each day – at the beach to bring good luck. For each wave jump, they can make a wish. The stipulation is that the jumper must face the waves head-on if they want a good chance of their wish coming true. 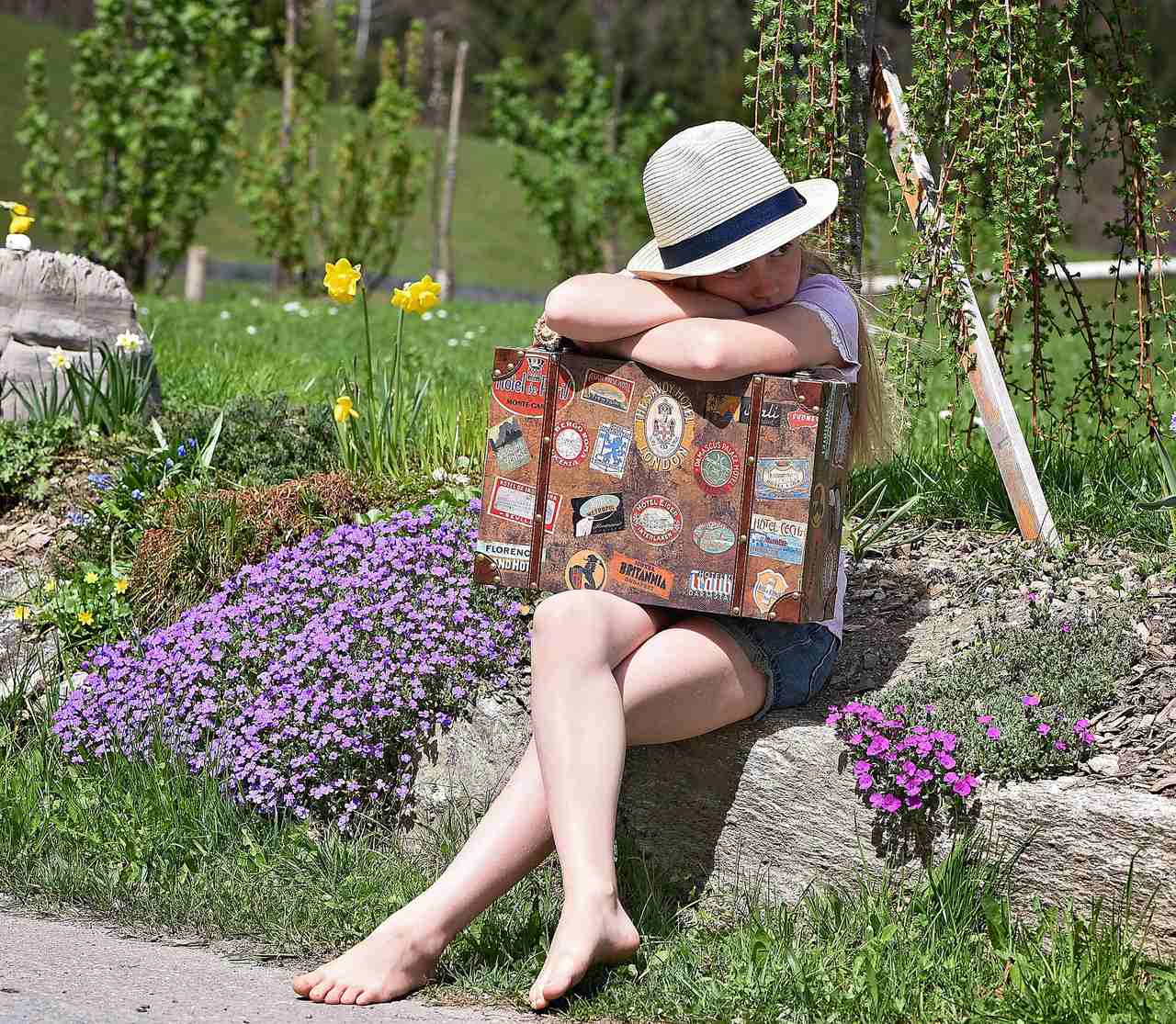 Carrying a suitcase in the hope of travel

Colombians carry a suitcase with them on New Year’s Eve in the hope of having a year full of travel. As midnight strikes Colombians pick up their suitcase take it outdoors and run around the block with it. This tradition is believed to make travel aspirations come true.

Finns traditionally predict their fortune for the year ahead by melting tin in an electric stove. Once melted it is dropped into a bucket of water as quickly as possible so it forms into a single piece of tin that creates a shape. This shape is interpreted and fortune is told. If the shape has a rough surface this means there is lots of money for the caster. If the surface is even or shiny the caster can expect peace and a fortunate year ahead. Shapes of horses or ships depict travel ahead.

In Japan, they ring in the new year (shogatsu or oshogatsu) – literally.  All bells are rung 108 times in line with the Buddhist belief it brings cleanliness. It’s also thought to be good luck to be smiling.

Families in Hillbrow in Johannesburg, traditionally like to mark the beginning of a new year by tossing unwanted furniture and other household items out of the window, representing ‘out with the old and in with the new’. It’s a nice idea but those passing by should stay vigilant.

As the bells ring in the New Year, Turkish revellers open their front door and sprinkle salt on the doorstep in the hope this will bring peace and abundance for the year ahead.