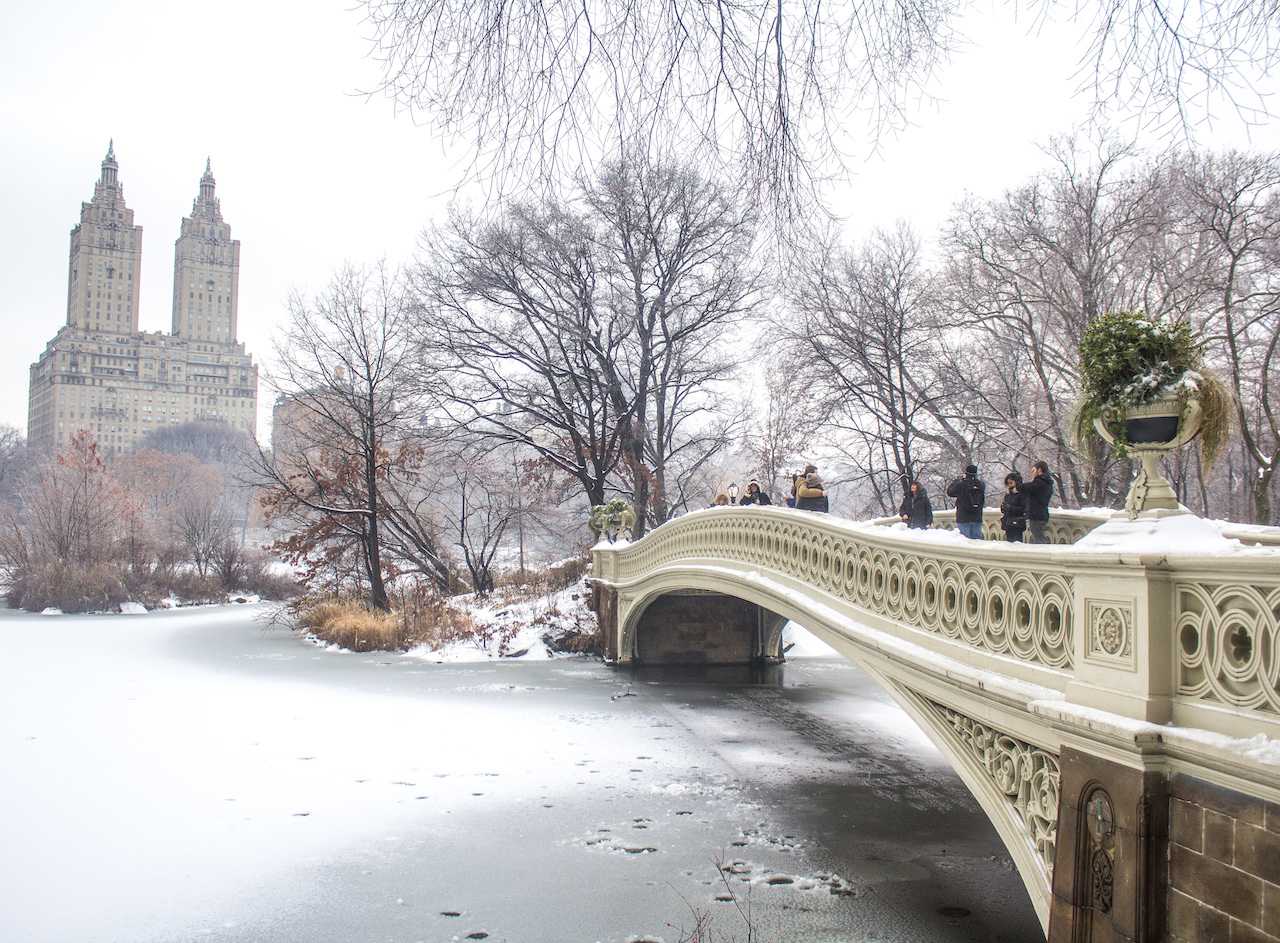 When I visited New York one December, I admit that despite thermals and layers, I was freezing. The cold temperatures – sometimes reaching lows of -2°C – were further blighted by biting Arctic winds.

Yet streaming eyes and a face pinched by the frost did not deter me from enjoying an hour-long narrated horse and carriage ride around Central Park warmed by a cosy blanket. Or sauntering (with a guide) around the park’s huge expanse enjoying picturesque spells of sunny hues as they fell upon ground decorated with new snowfall. And stumbling upon Yoko Ono’s heart-warming memorial to the much-loved John Lennon.

Click on the image to enlarge (all photos © Kelly Kopp): 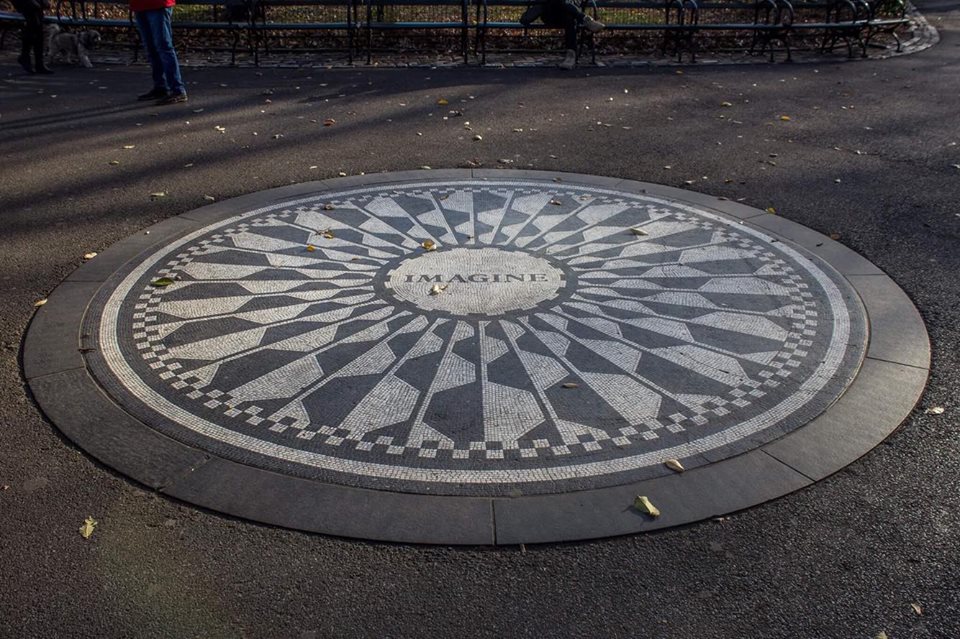 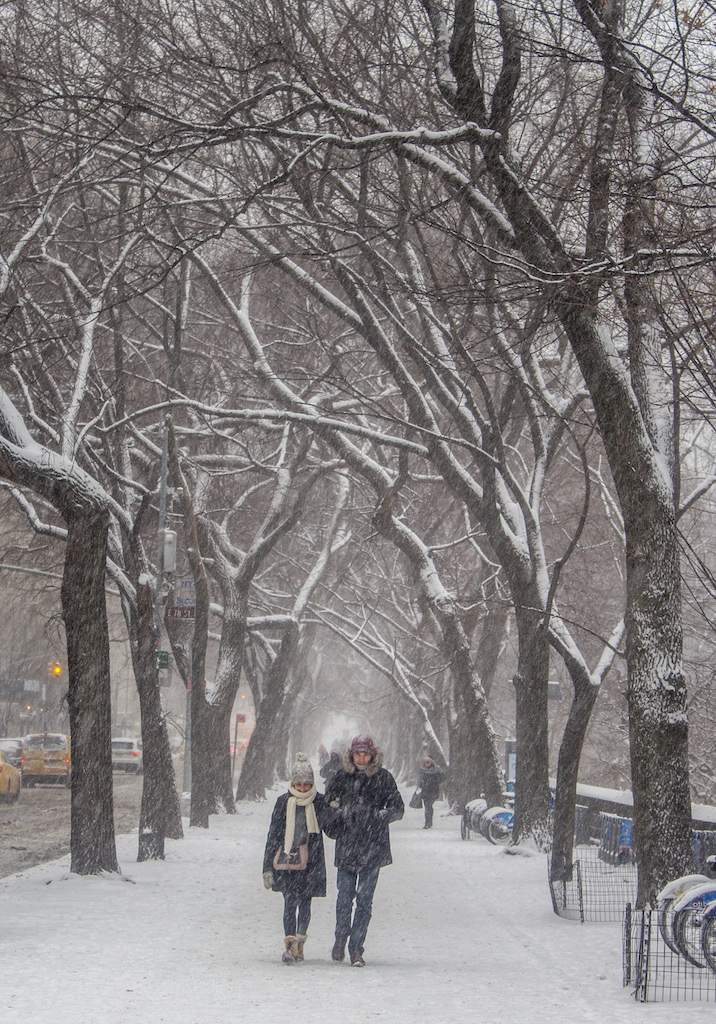 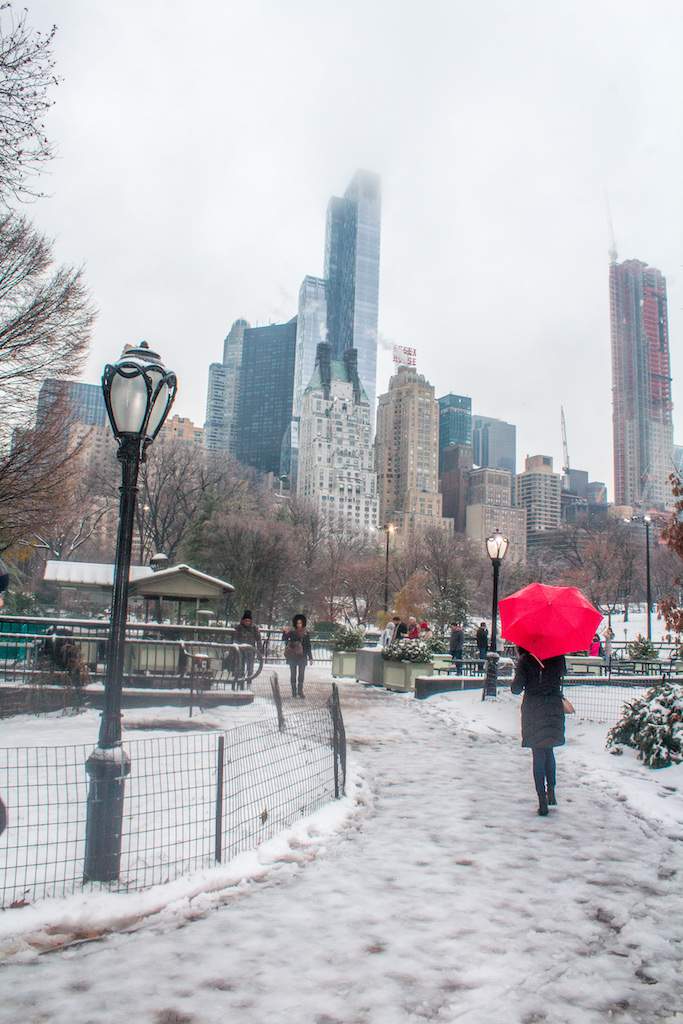 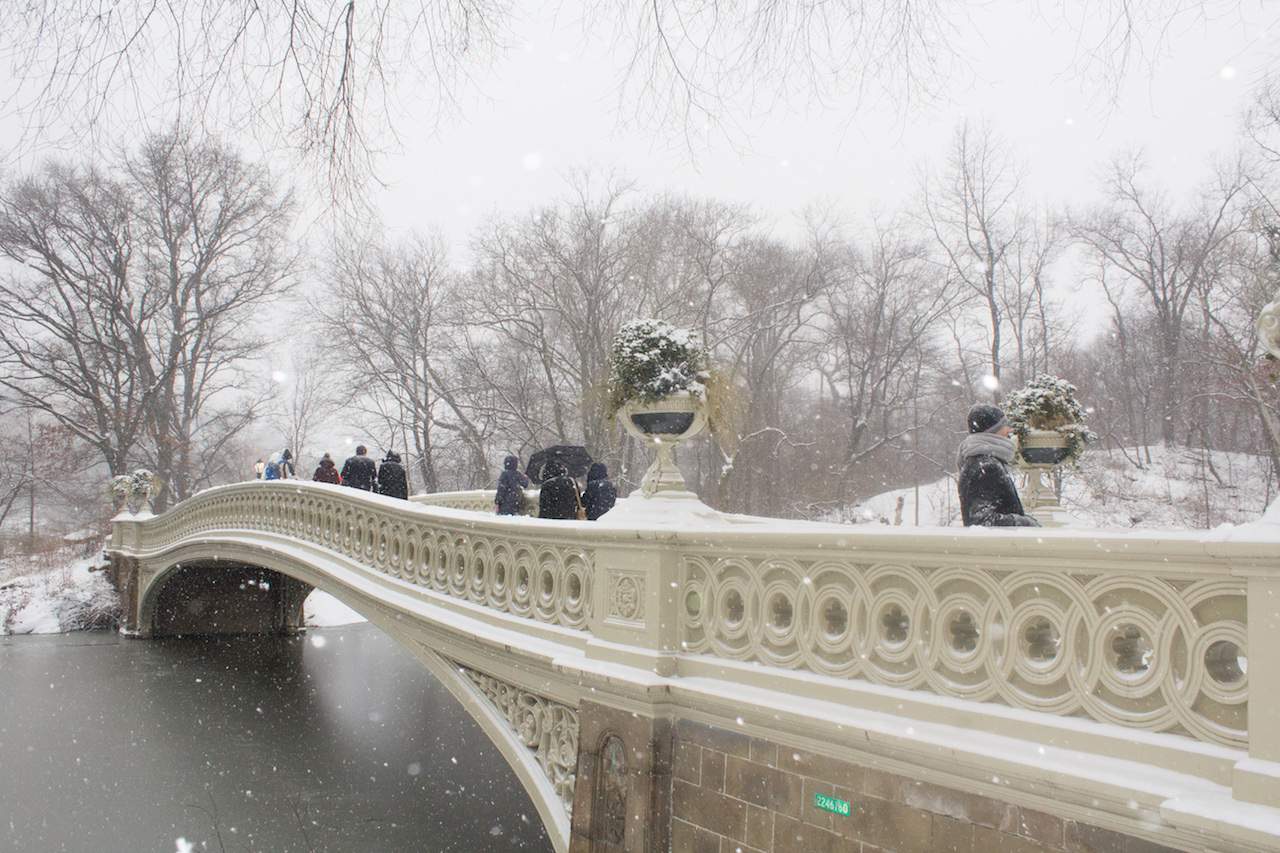 Milling around the Rockefeller Centre was a joy. Hot chocolate in hand while perched on one of the many benches around the rink I watched as dare-devils attempted to glide around its ice rink. All the while the 18-foot-tall, eight-ton, gilded cast bronze sculpture, created by Paul Manship in 1934, looked on.

The view is even better from Top of the Rock and from this vantage all the city becomes available to view. 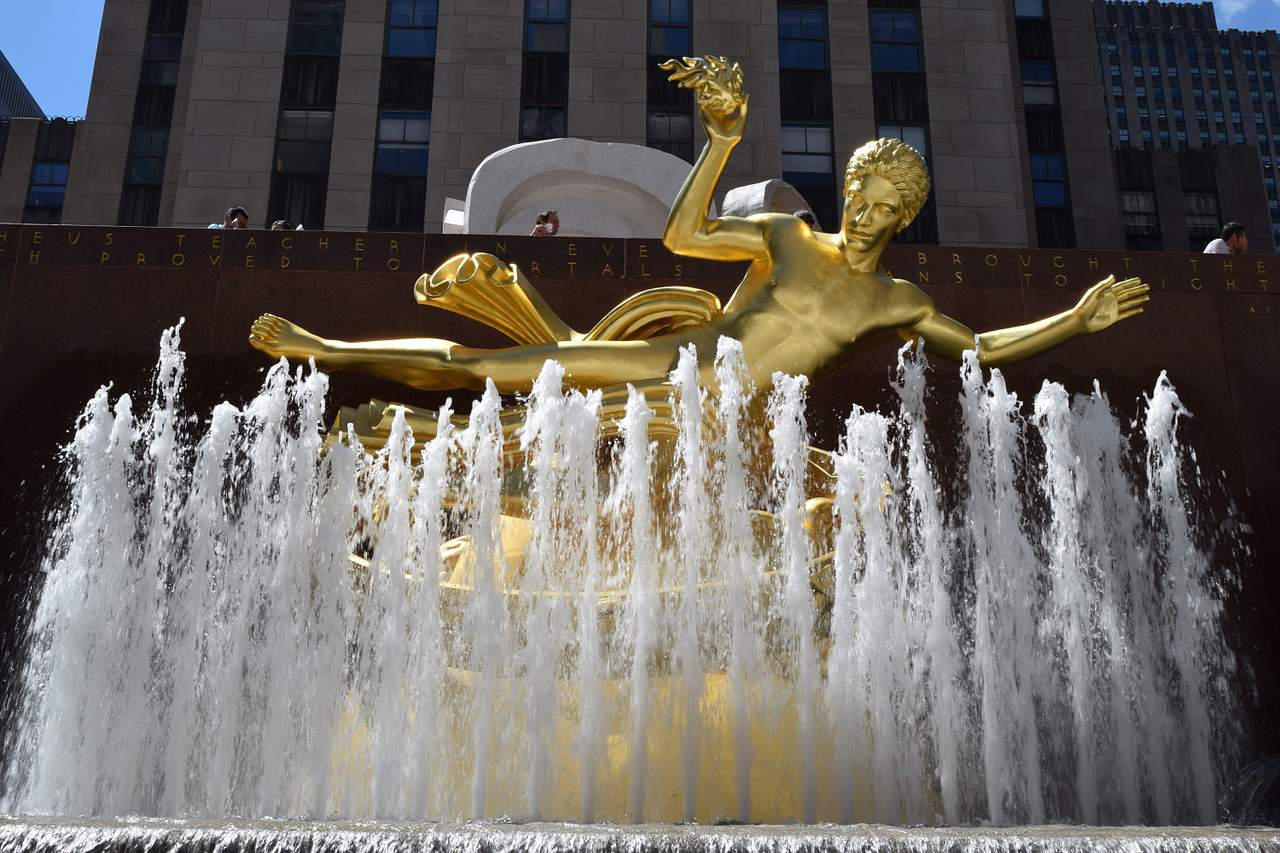 Incidentally, there is another ice skating rink in Central Park owned by President Trump. It is surrounded by rock formations and trees and so offers a more subdued yet invigorating experience.

The lack of queues and crowds is blissful. I had practically the entire Hornblower ship to myself as it toured (with narration) the Hudson passing the Empire State Building and the magnificent skyline – especially beautiful as the afternoon light dimmed. 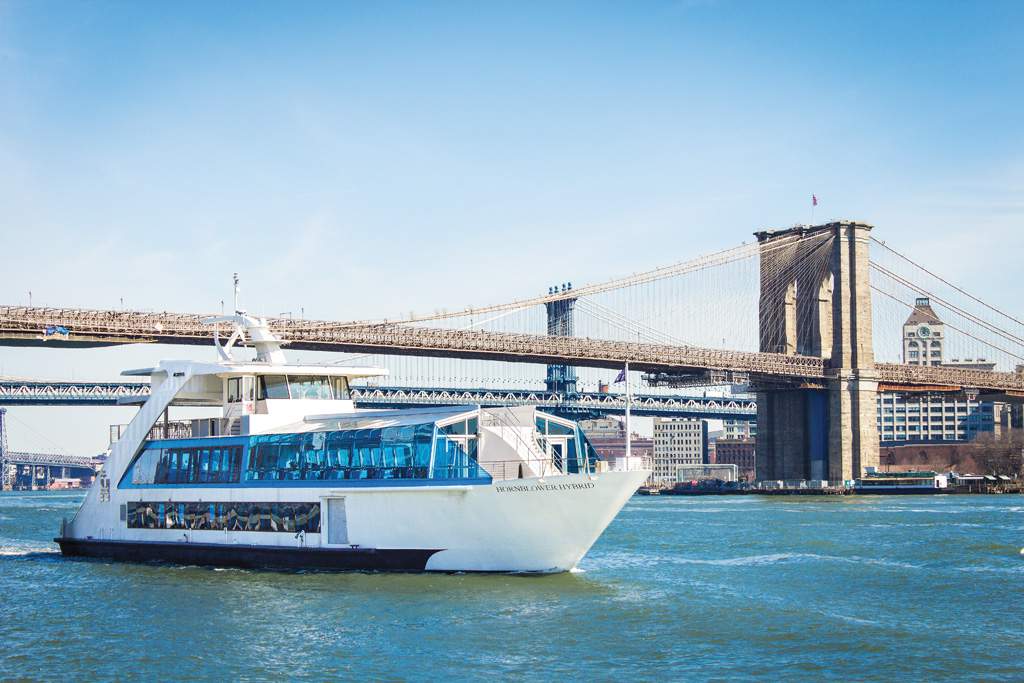 I savoured the freedom of simply walking into the wonderful Metropolitan Museum of Art (£18, metmuseum.org). just one of many on the Museum Mile and the Whitney Museum of American Art in the Meatpacking district unhampered by crowds.

Read also: History of art in New York (and where to see it)

But best of all, New York between January and February offers better value for money than at any other time of the year. Why? Because at this time everyone pulls together to lower prices and offer deals.

Attractions and theatres release two-for-one offers while hotels are offering their lowest room rates of the year. For instance, a double at Riu Plaza, a  contemporary hotel on Times square, costs $180 per night in January and $284 in April.

New attractions include a thrilling immersive experience at Summit One Vanderbilt. You will find it on top of the new 67-floor One Vanderbilt super-tall—a 1,401-foot-high—skyscraper. Head for ‘Air’ the mirrored infinity room. It reflects the sky and city views over and over and looks like something out of the Matrix.

Taking advantage of the sparse crowds this is a great time to hop on the free and enclosed Staten Island Ferry to St. George, from Lower Manhattan, and explore the new Staten Island Museum at Snug Harbor Cultural Center & Botanical Garden. 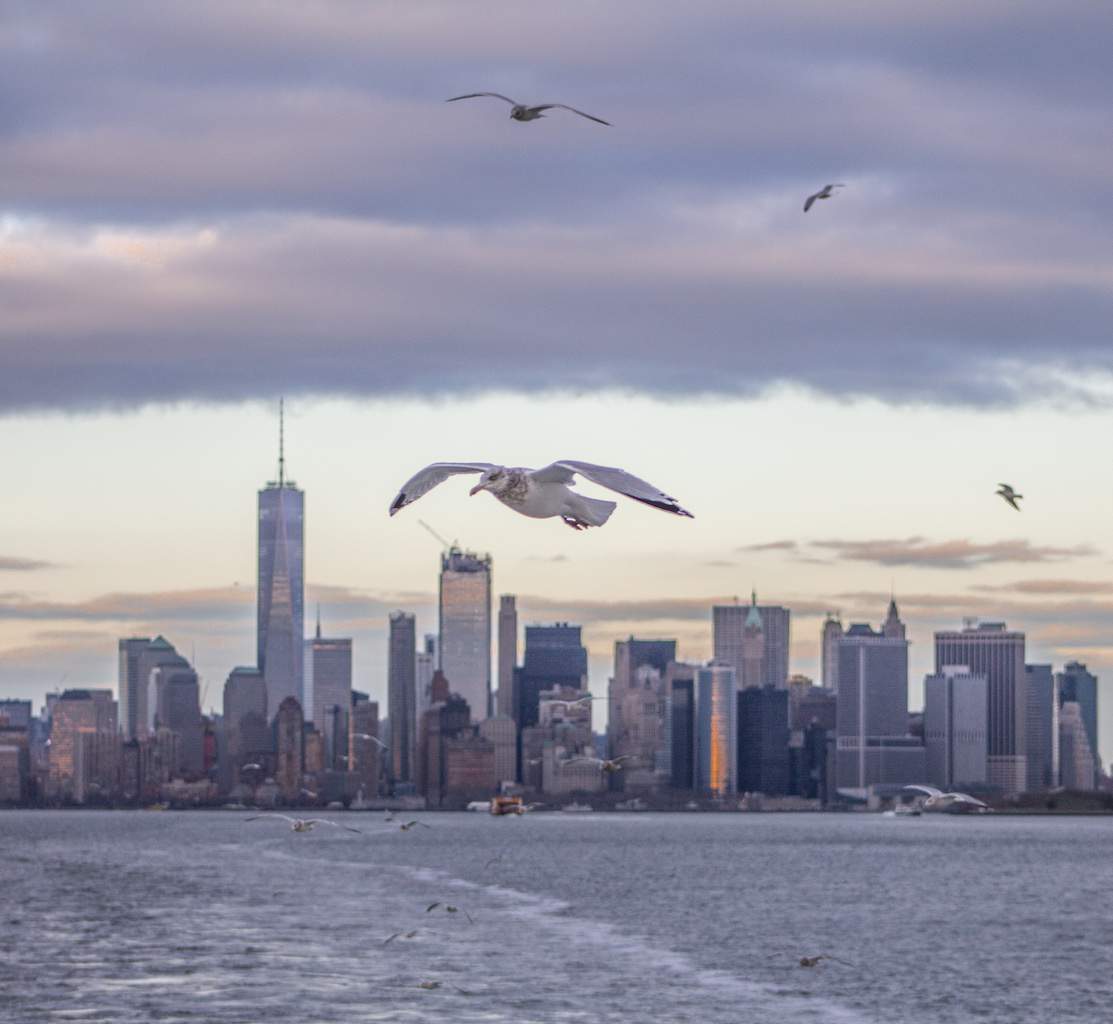 I loved the long slow walk the High Line. This was once an old freight railway line, but since 2009 it has become a public park. It is 30ft above Midtown Manhattan, with entry points Gansevoort Street, 23rd or 30th street.  It opens at 7am to 10pm daily and early morning runners use it and many saunter along (as I did) snug in a hat and scarf to enjoy its man-made green spaces, art installations and great views of the Hudson River.

New shopping destinations such as Brookfield and Westfield World Trade Center in Lower Manhattan and the Citypoint shops in Downtown Brooklyn have sprouted up. Of course, there’s also iconic department stores like Macy’s, Bloomingdales, Saks Fifth Avenue, Lord & Taylor and Century 21. The good news is that winter means the sales are in full swing.

The city does winter well, so get there before the sun comes out.

PS. Be sure to take your mask as you will be required to wear one in indoor spaces.

FLY: Virgin Atlantic currently have return flights from London to New York from £347 for travel.
TOUR: Horse & Carriage ride around Central Park
SIGHT SEE: Save on sightseeing with the New York City Pass

Also Read: Top 10 things to see and do in New York

What’s your experience of New York in winter? Let us know in the comments.