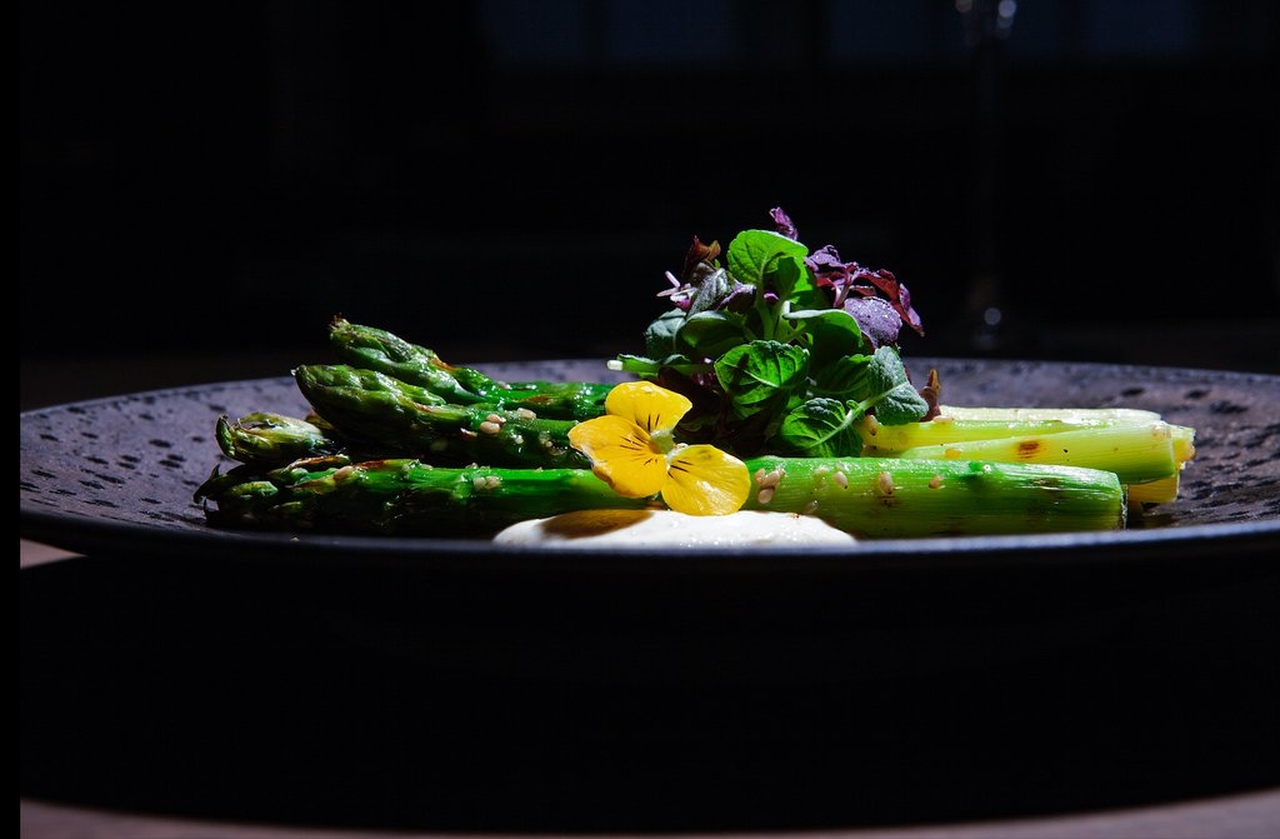 Onima restaurant and bar opened in December by Greek entrepreneur Alexandros Andrianopoulos who made his mark in Mykonos.

The young businessman honed his skills for a decade while managing the go-to restaurants in Mykonos: Nammos and Interniat, turning them into highly successful venues for the well-heeled. He has brought this vibe to his London venue to include a restaurant, a bar, a private-dining room and nightclub for private parties and eventually there will be an enclosed roof terrace.

It even has its own tagline – Mykonos comes to Mayfair – with the restaurant offering a mix of Mediterranean and Asian cooking and some spritzy cocktails.

So I went to check out Onima one chilly December evening. So, snug in my winter coat I braved the streets of London’s Mayfair towards the quaintly twisty Avery Row to the elegant five-story townhouse at number 1. 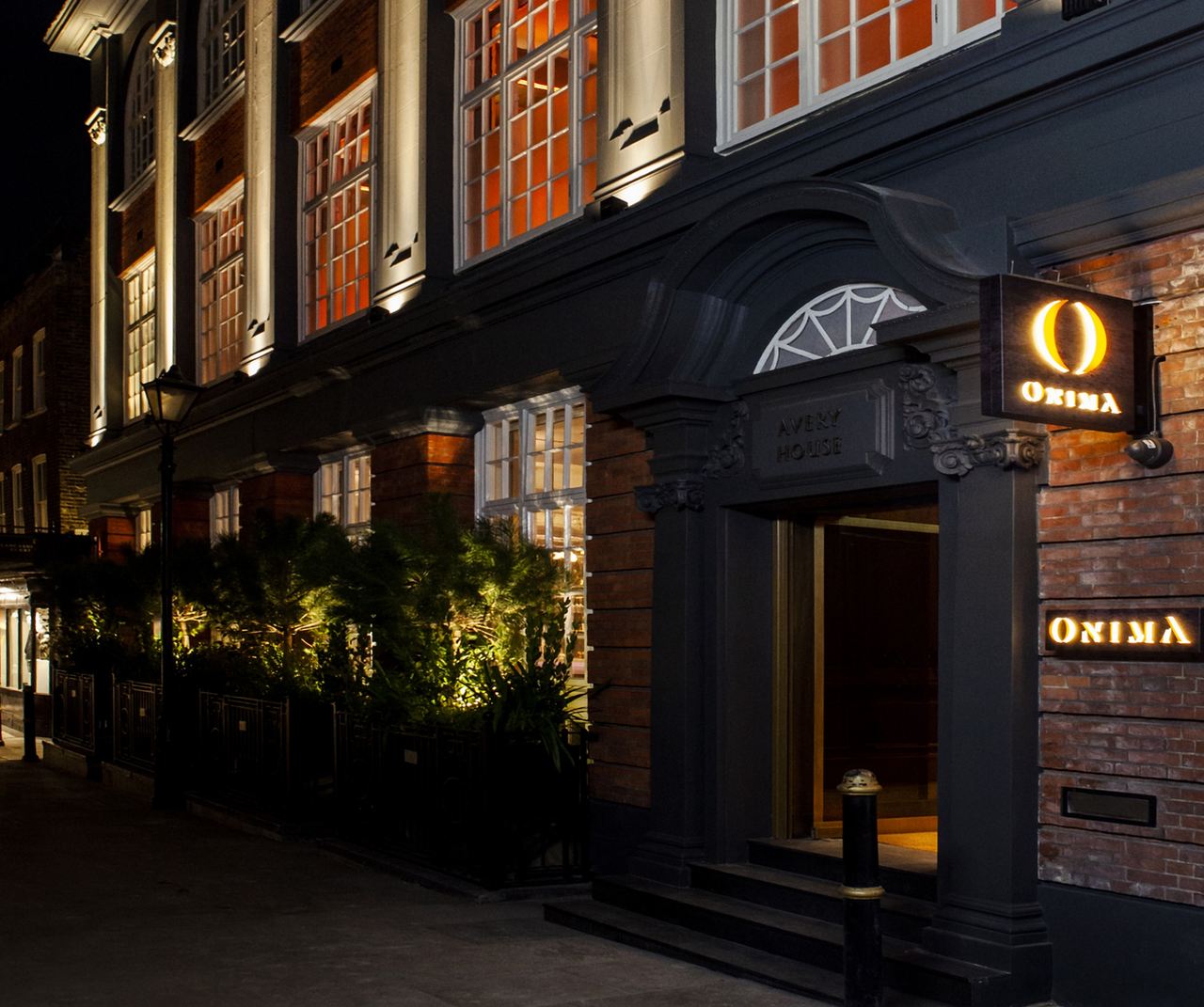 Onima restaurant – two half moons that make up the Onima logo

I could see the two half moons that make up the Onima logo shining out of a dark background as I approached. The building was previously home to Cartier’s watchmaking headquarters for 15 years and I was soon to find out that it’s easy to lose track of time in the warm, easy atmosphere of the restaurant.

Beyond the black marble that surrounds the brass-hemmed darkly tinted doors is a small Victorian styled cream-marbled floored and wood panelled hallway complete with a traditional artwork and a mini reception desk. The scene is doused in warming glow of flickering light delivered by a small fireplace. 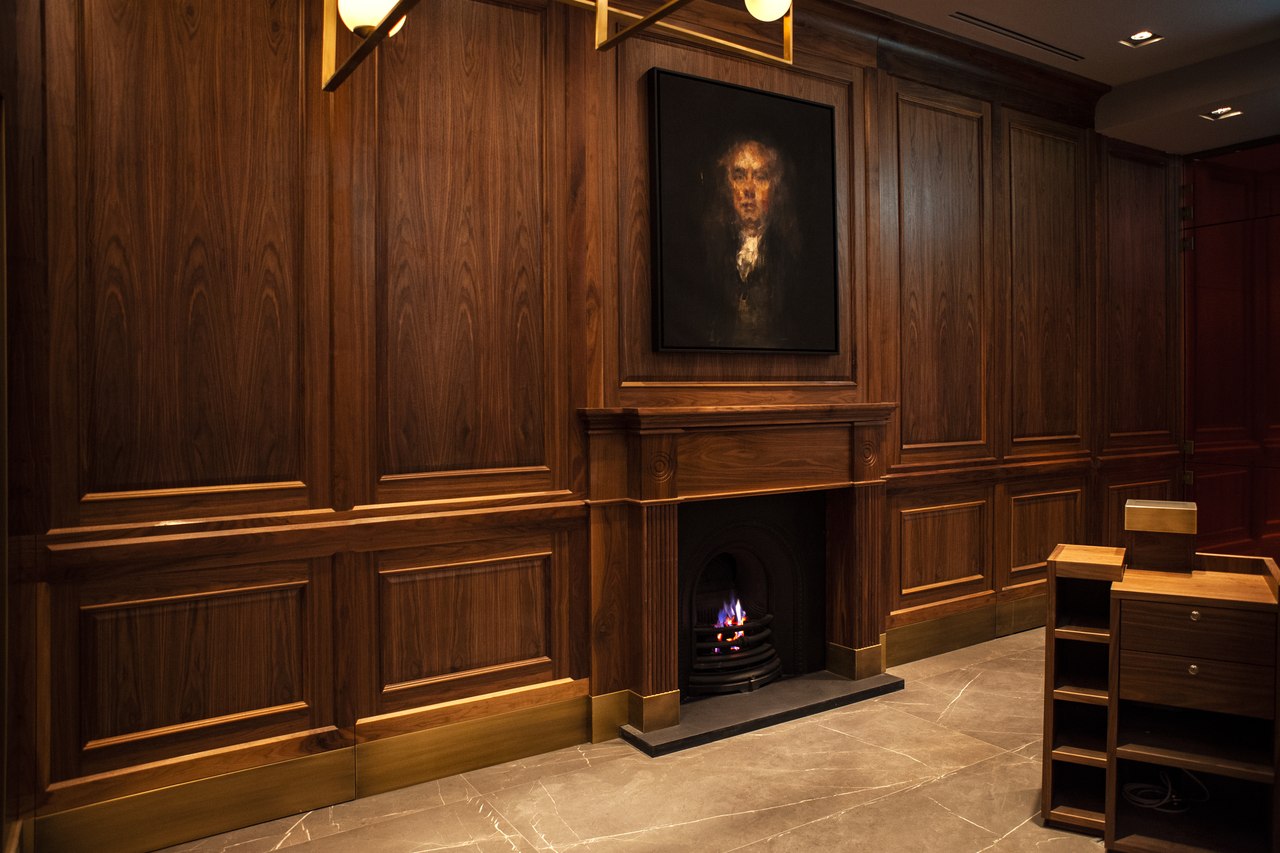 It’s elegantly homely but does not at all prepare you for the dimly-lit and orange back-lit bronzed bar that hits you as you turn the corner into the restaurant. 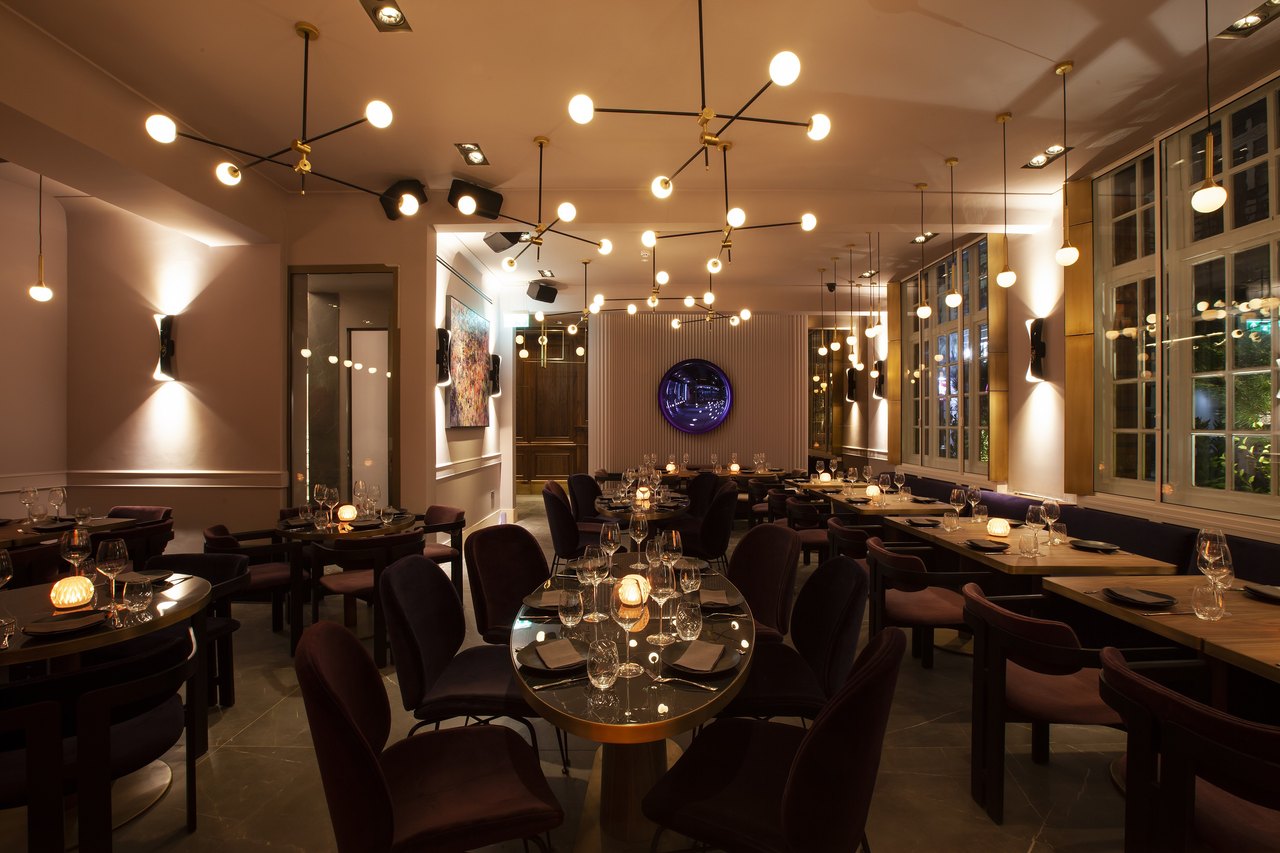 They say the designers hail from Greece and mindfully chose hues and decor that offers a visual taste of the food to come.

We were led to a table and I was handed a cocktail menu. I ordered the Mayfair Express, a blend of gins, lemongrass cordial and lemonade and my partner chose the Greek Mule with skinos mastha, ginger rhizome and ginger beer – if you have a palate for ginger, this cocktail rocks!

Nice, relaxed, we focussed on the starters – our waitress suggested we order three to share and so we chose the Yellowtail carpaccio, grilled garlic asparagus cooked to perfection and a “Spanakopita” which is a Greek Spinach pie with delicate pastry and pine nuts.

We almost ordered a fourth, the Saganaki – a pan fried Greek cheese – just because I had tasted this dish when holidaying in Greece some years ago, but opted to relive the memory another time. On reflection, I wish I had just gone for it because the starters were not only appealing to the eye but tasted sublime. And sharing a selection of starters is of course the Greek way.

For the main course I chose the Sea Bass. It came roasted to a crispy skin yet it was a tad dry. Nevertheless it was well-seasoned with sauteed Italian chicory, aubergine puree with a side of gorgeously flavoured truffled mash potato and garlic broccoli.

I downed this with a pale yellow Malagouzia Greek wine a grape variety that comes from Macedonia and Central Greece whose notes of peach, green pepper and citrus blended well with the strong truffle flavours. 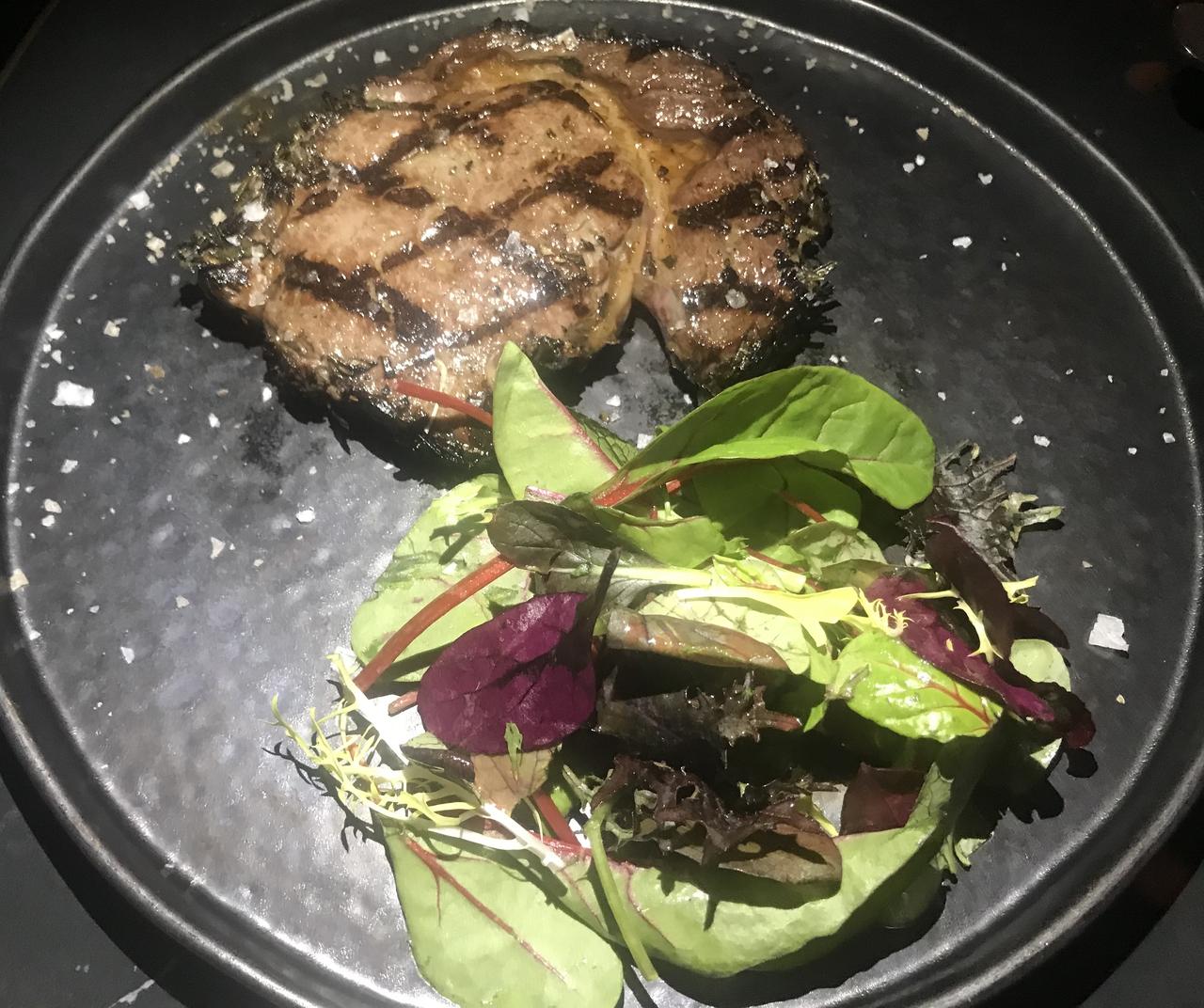 Beef cooked in a josper 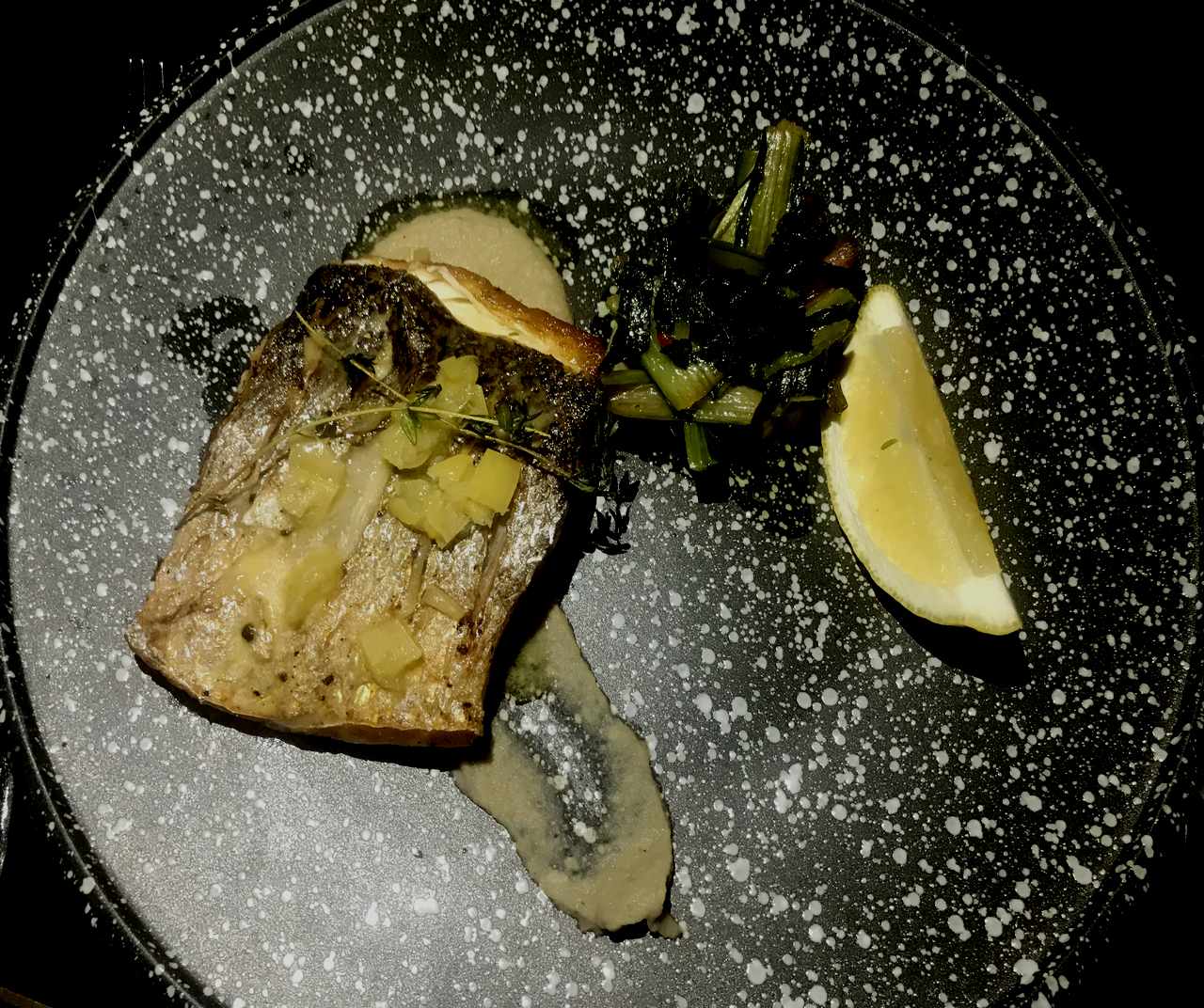 My partner opted for 220g beef filet. What made the medium beef all the more succulent was that it was cooked in a Josper – a Japanese style charcoal grill. There is no underplaying how juicy and well-prepared this piece of meat was.

Verdict: The dining experience here felt like a evening out, nothing was rushed and we took our time. There were several crowning glories: the starters were simply sensational and the succulent beef fillet cooked in Josper stood out. The environment was comfortable, service attentive and all under the glow of appealing lighting. All in all it’s chic and cheerful.

To come: Over the next few months this unique social hub will complement its existing ground floor bar and restaurant and first floor restaurant with a luxuriously appointed private lounge and the pièce de résistance, a stunning glass-enclosed rooftop terrace.