The restaurant scene in London’s St James has a new boy on the block. Well not exactly new, as this is the newest incarnation of The Wellington Club which started a rather interesting social history in 1832 in Knightsbridge. Frequented by Lord Lucan and more recently Kate Moss, Jude Law and Bono it was both hedonistic and illustrious.

In 2019 The Wellington Club relocated to 91 Jermyn Street this time sporting a speakeasy decorum thanks to its brown hues, dimmed lighting and Chesterfield settees. 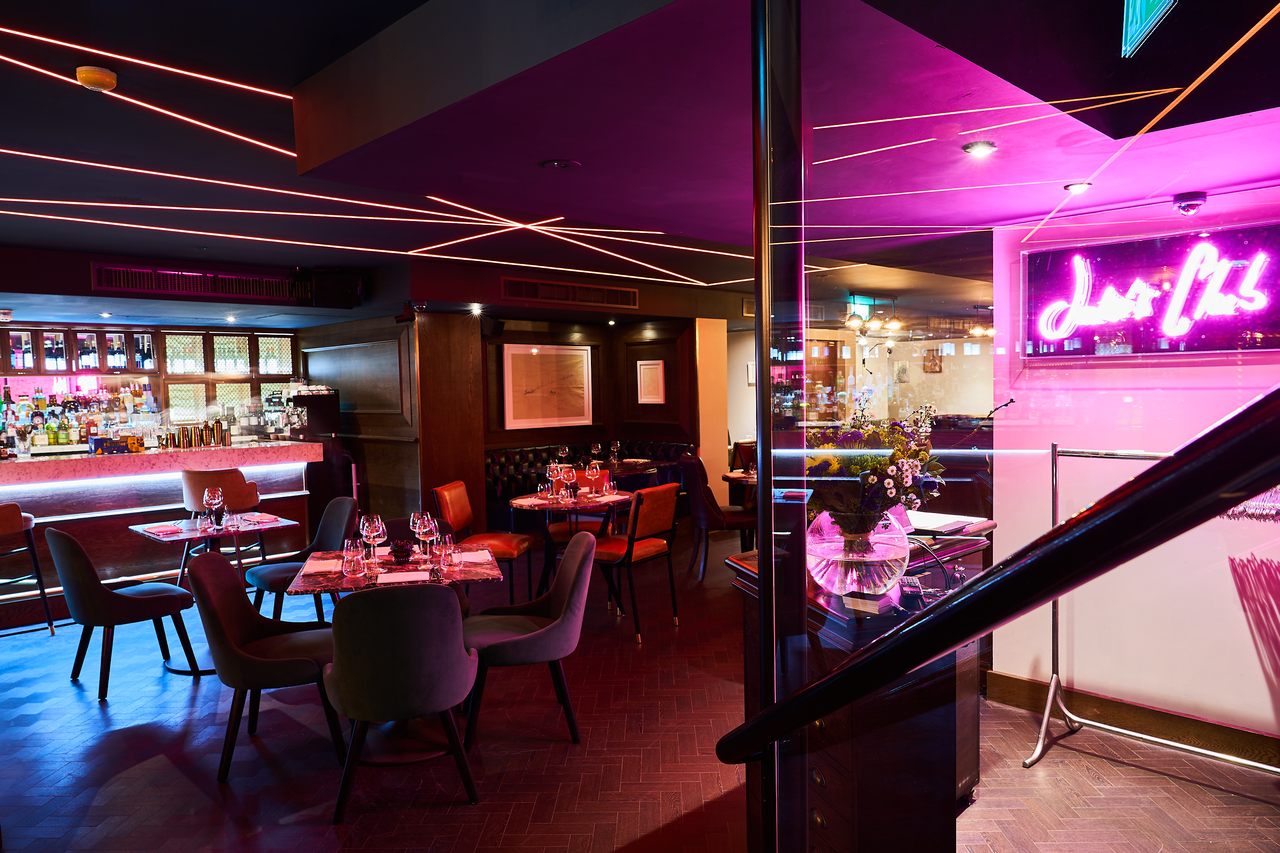 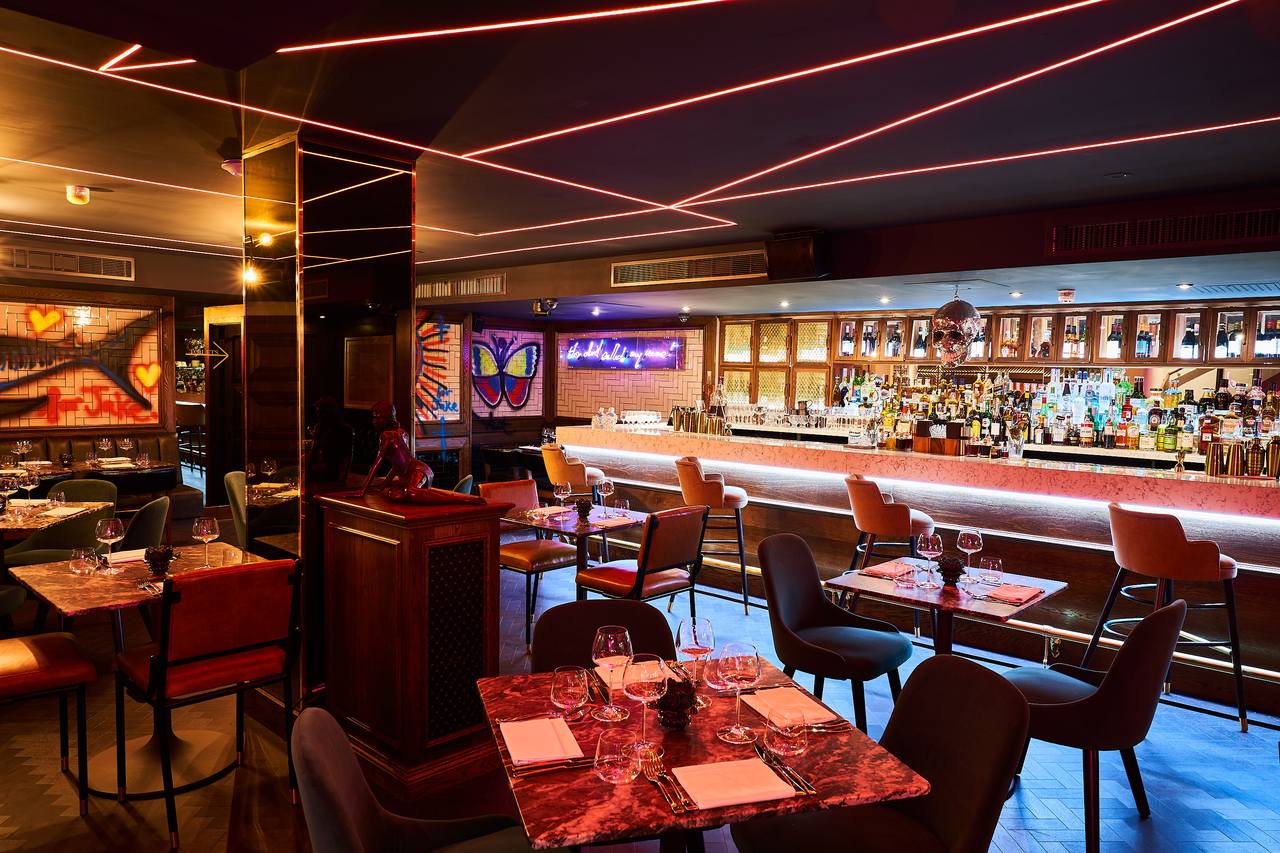 Then again, interesting sculptures by artist Jonathan Wylder, cheeky neon lights and artwork by Chris Bracey (the devil called my name) speak of intrigue and something a little naughty, something a little rock and roll (especially in the club downstairs) and arty.

The Damien Hirst Disco skull hanging over the bar captures that sentiment in a big way. The Turner prize winner also spray-painted graffiti artwork around the walls where his rare print of the Hours painting also hangs.

Indeed when Queen (the film) won an Oscar, the troupe rock-and-rolled the night away right here at The Wellington Club. 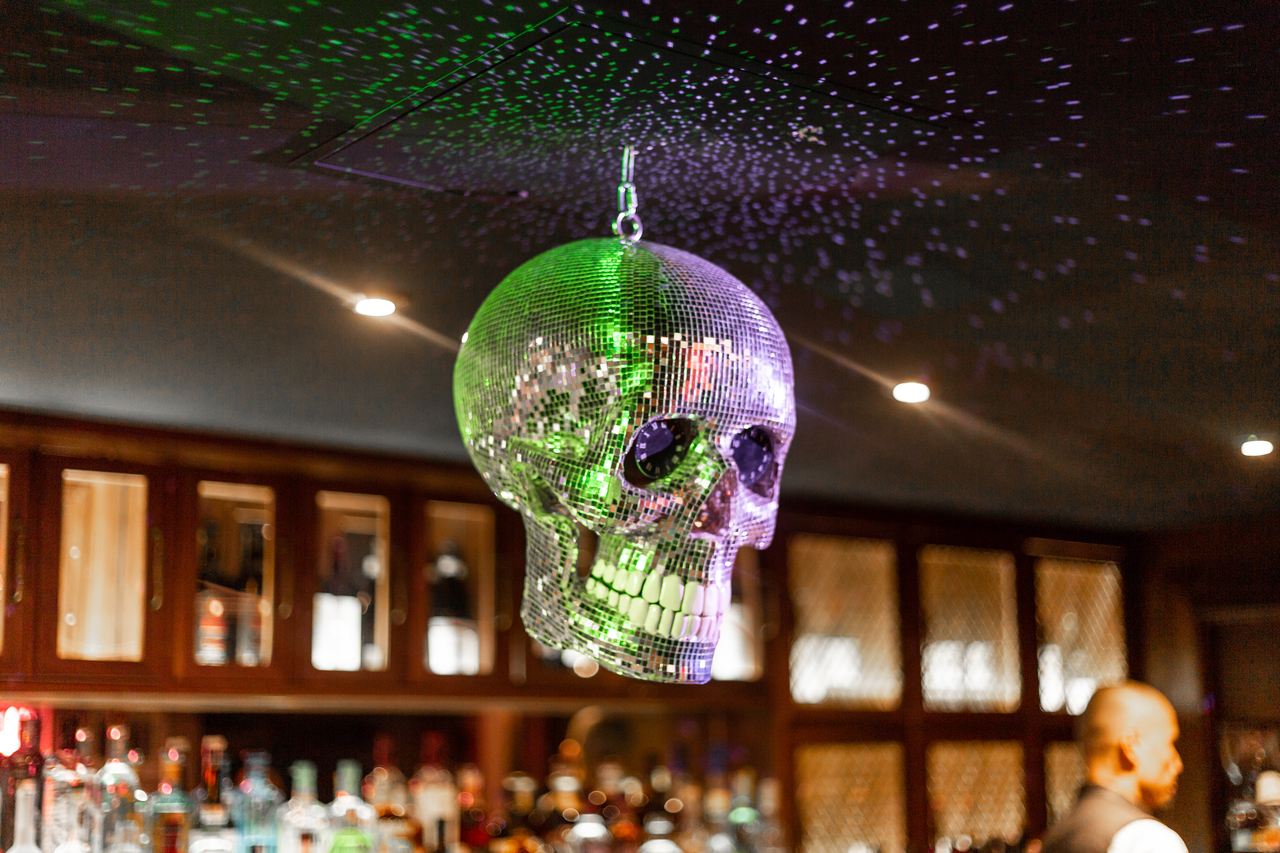 Imagine enjoying a glass of of your favourite tipple at the bar while £2 million pounds worth of skull dangles and dazzles overhead. It would be a little understated to say that this is a very interesting experience – wouldn’t it?

Yet there is more; a delicious menu of locally sourced food created by the easy-going Executive Chef, Brett Duarte. In a different life Brett was the executive chef of the Gaucho Group and once upon a time, when only 12, he was made sous chef to his Spanish nan. At 15 he made his professional culinary debut at Fortnum and Mason before entering college.

We started with a somewhat tangy, torched and cured mackerel with citrus fruits and avocado which I washed down with lightly mineral Cloudy Bay Sauvignon Blanc wine.

My partner chose the voluptuous pan-fried scallops served with sweetcorn puree, dried ham and shallot jus to make a stunning combo of textures and flavours. This went down well with a fabulous Picpoul de Pinet Ornezon white. 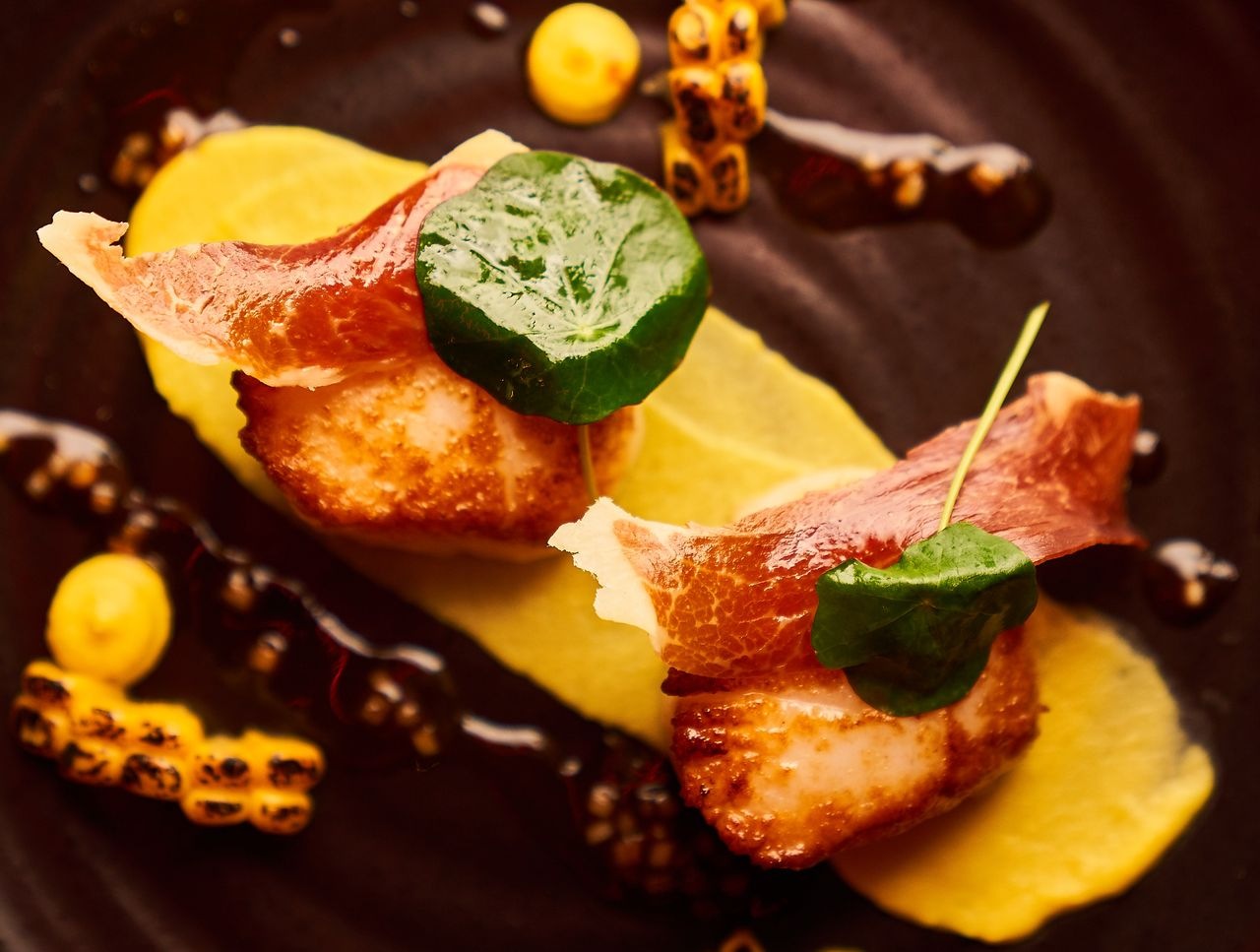 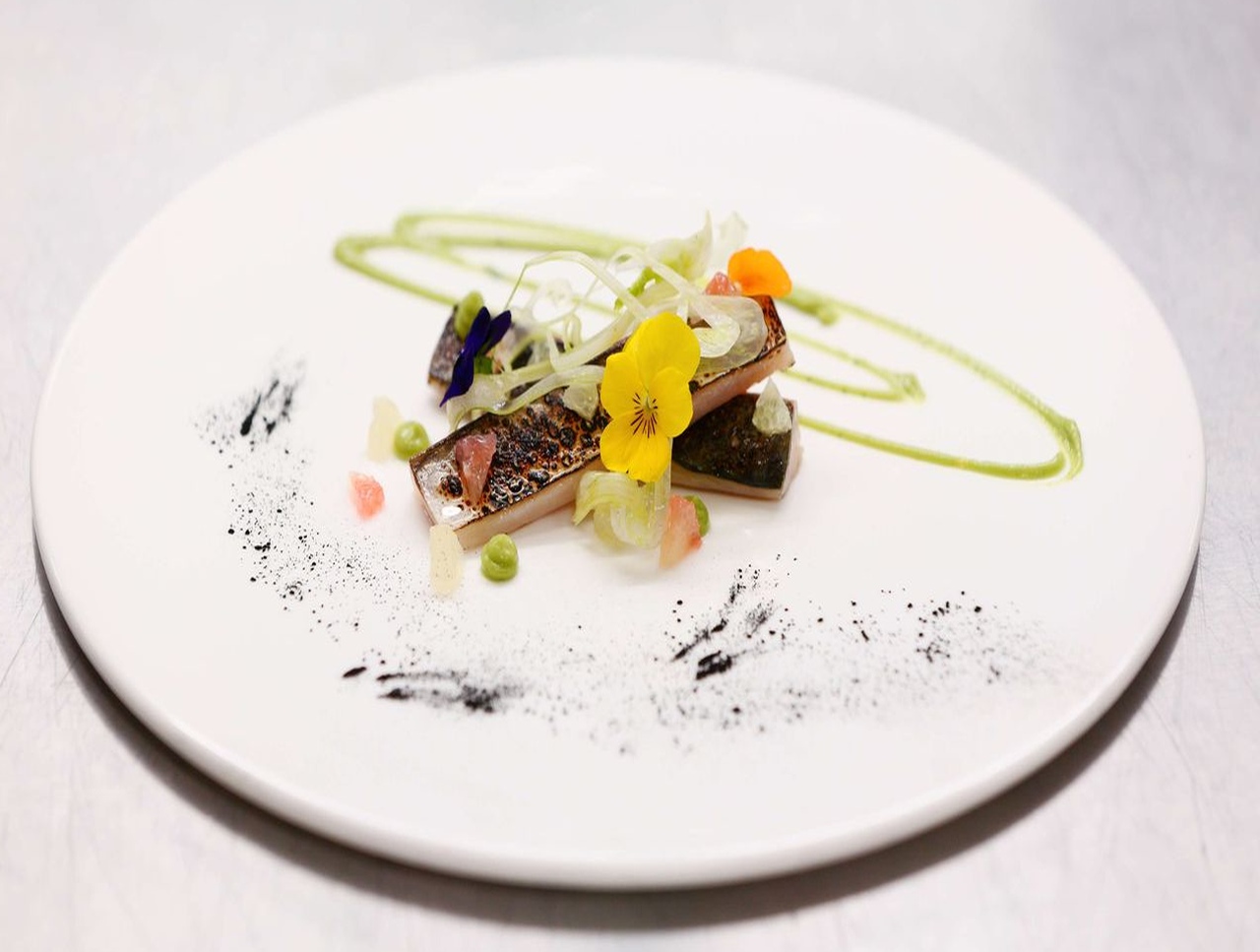 Dover sole is a favourite of mine and on this menu is the most expensive item. I watched as it was filleted in front of me and then I dribbled the butter, parsley and lemon sauce over the fish. It had a little kick thanks to a couple of drops of tabasco sauce. I added chips – sorry but I did – but bear in mind these were gastronomic triple cooked chips.

The Spanish Pazo Senorans Albarino wine with its pear, pear and a hint of citrus was perfect with the Dover Sole.

The menu has 15 steaks and this may seem a lot until you hear that Brett Duarte was a judge at the World Steak Awards for five years. He knows his stuff and of course our expectations were high.

Options include the Scotch Black Angus fillet steaks, a sharing 1kg porterhouse or 500g t-bone but my dinner partner plumped for the perfectly pink and juicy 200g Sirloin steak which came with the creamiest of mash potatoes. Just how did Bret achieve it. “The secret lies” whispered Brett “is in the equal measures of Taylor’s butter and cream”. 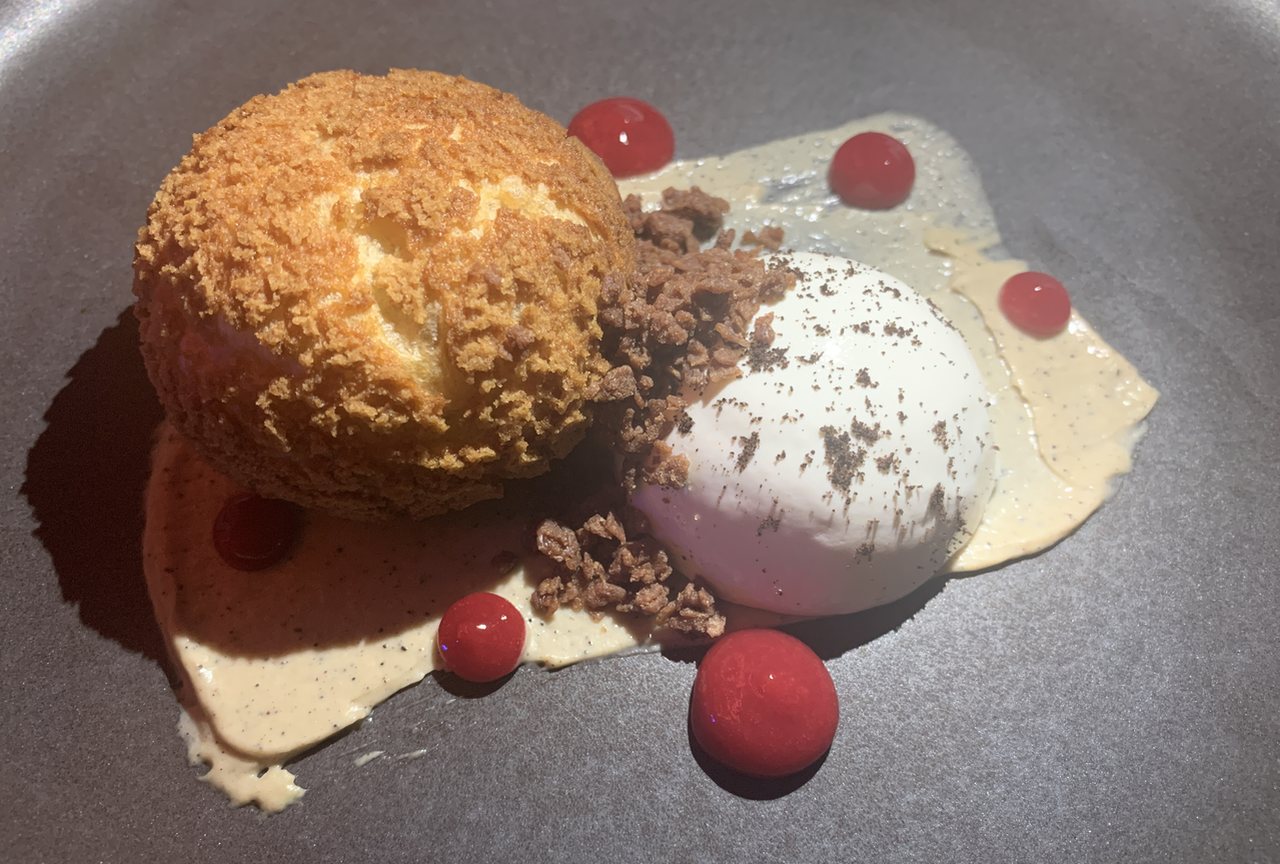 Tiramisu that thinks it is a profiterole

Dessert was the tiramisu with an identity crisis. It was a ridiculously good, smooth mouse whose texture contrasted with the ruggedness of the profilterole it was served in.

The Wellington Club restaurant is open to everyone. The Club downstairs is for members only and the more “out there” you are the more you fit in. Come as you are – whatever that happens to be and enjoy the fortnightly talent shows and the disco gigs sprinkled in between. 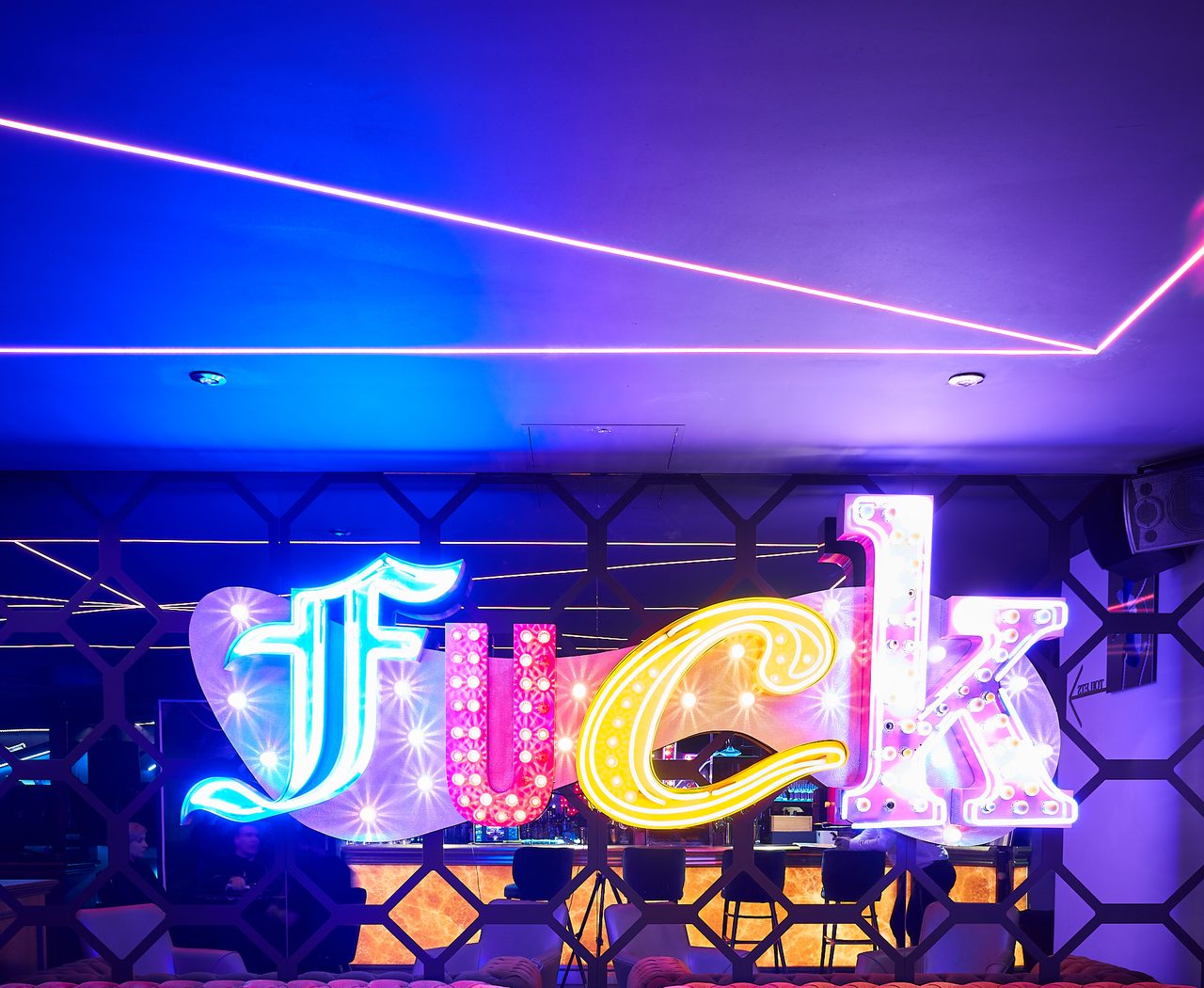