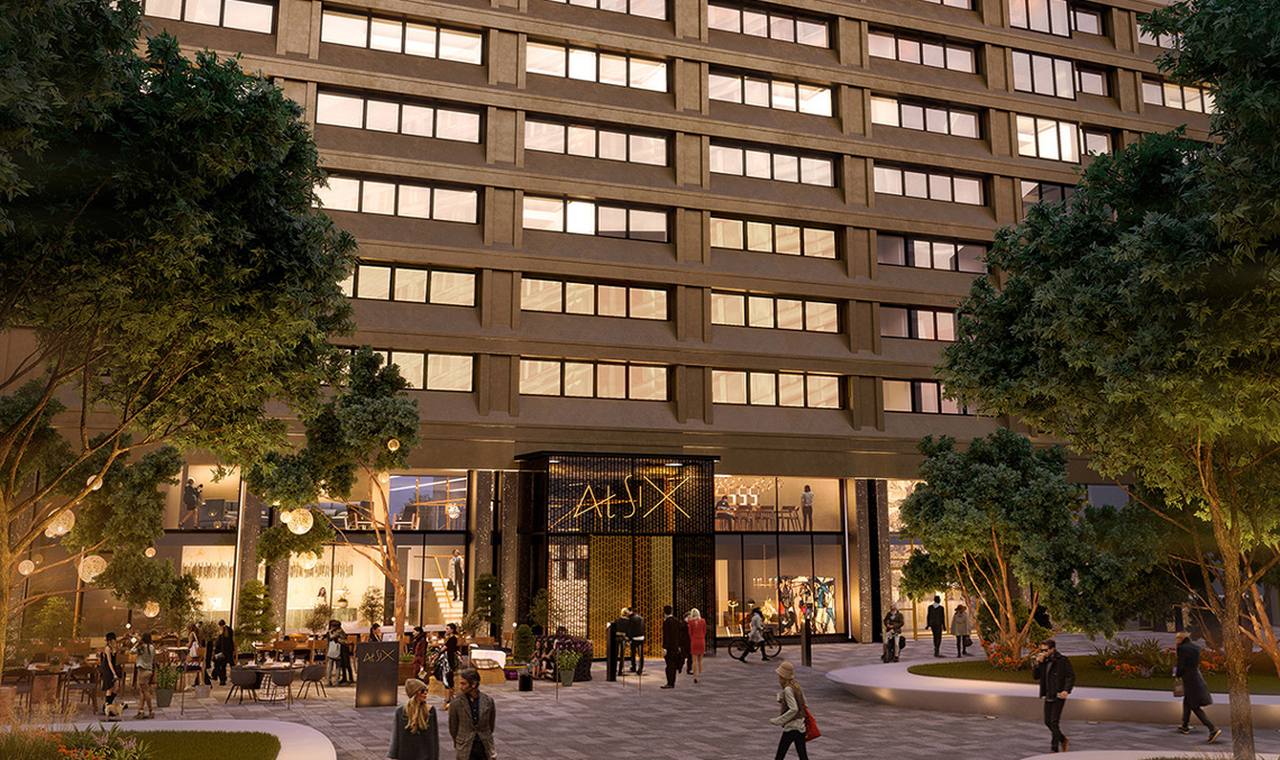 Stockholm’s new five star At Six Hotel opened in March 2017 at 6 Brunkebergstorg (hence the name). This area was once a haven for socialites that became jaded over the years. That’s now changing as the area regains urban street cred and is now the hip new centre for the city’s growing art scene. Certainly, this modern hotel looks slick and chic with its typically Scandinavian décor of crisp lines, pale wood and white walls.

It has a convenient location in the Norrmalm area, a commercial and cultural hub close to the central station and for exploring the rest of the city.

Their modern take on Swedish traditional food in the hotels restaurant make this a hotel for anyone wanting a slice of the Scandinavian ideal.

The hotel is ideally suited to couples or tourists who want a chic and trendy base for exploring the city.

At Six has 6 meeting studios and a comfortable social space called the Listening Lounge where visitors can relax with their work or cocktail whilst soaking up the quality sound from the area’s carefully assembled high end equipment.

There is also a functional training gym and wellness facilities available at an extra fee.

The 343 rooms in At Six blend functionality with Scandinavian minimalism perfectly. They are equipped with a coffee machine, sound system and TV as well as an in room shop which stocks items such as socks, toiletries and iPhone chargers. 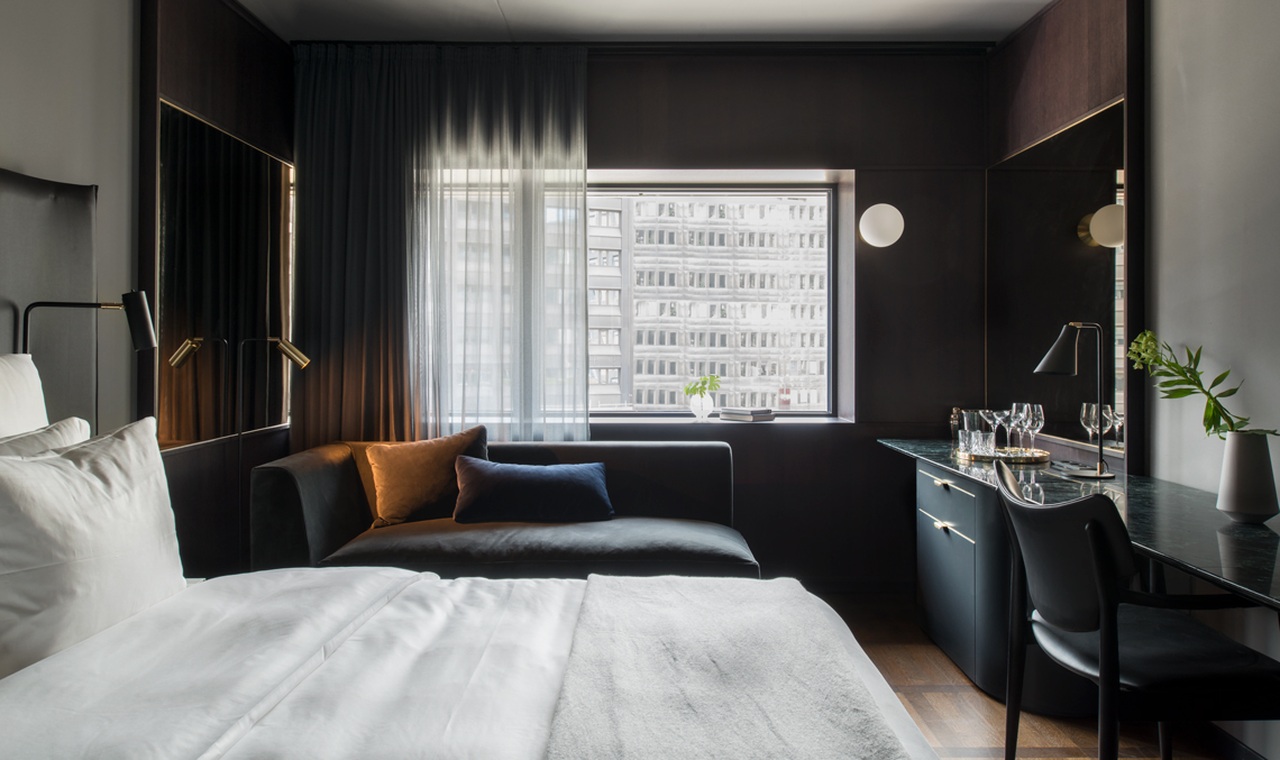 Guest room at At Six

The rainfall shower and organic bathroom amenities by c/o Gerd from Swedish Lapland, At Six Special Edition, are just the ticket before slipping into the complimentary bathrobe and slippers and sampling the “mix your own” cocktail bar. The large bed with an assortment of pillows will help you get the best nights’ sleep.

Breakfast is served in the dining room where there are international and Swedish options available. The cinnamon buns are baked fresh daily on site and the homemade herb cream cheese compliments the smoked salmon on rye cracker bread brilliantly.

During the day, the hotel’s coffee house/wine bar/deli, Blanche and Hierta is available to relax over a beverage and take in the people traffic of Brunkebergstorg.

As the sun sets, the dining area is transformed into a restaurant under the steady hand of Andreas Askling where guests can sample contemporary cuisine from all corners of the globe. From here, head into the cocktail bar to sample one of At Six’s own cocktail recipes, carefully prepared and beautifully presented.

WiFi is available throughout the hotel and is free for guests.

Norrmalm is home to a myriad of designer shops, cafes and the Royal Opera House and Stockholm’s central station where most airport transfer services will bring you. It’s also just a few minutes walk away from the connecting bridges to Stockholm’s old town, Gamla Stan, and the waterfront area, Strömkajen, where most of the boat tours depart from. 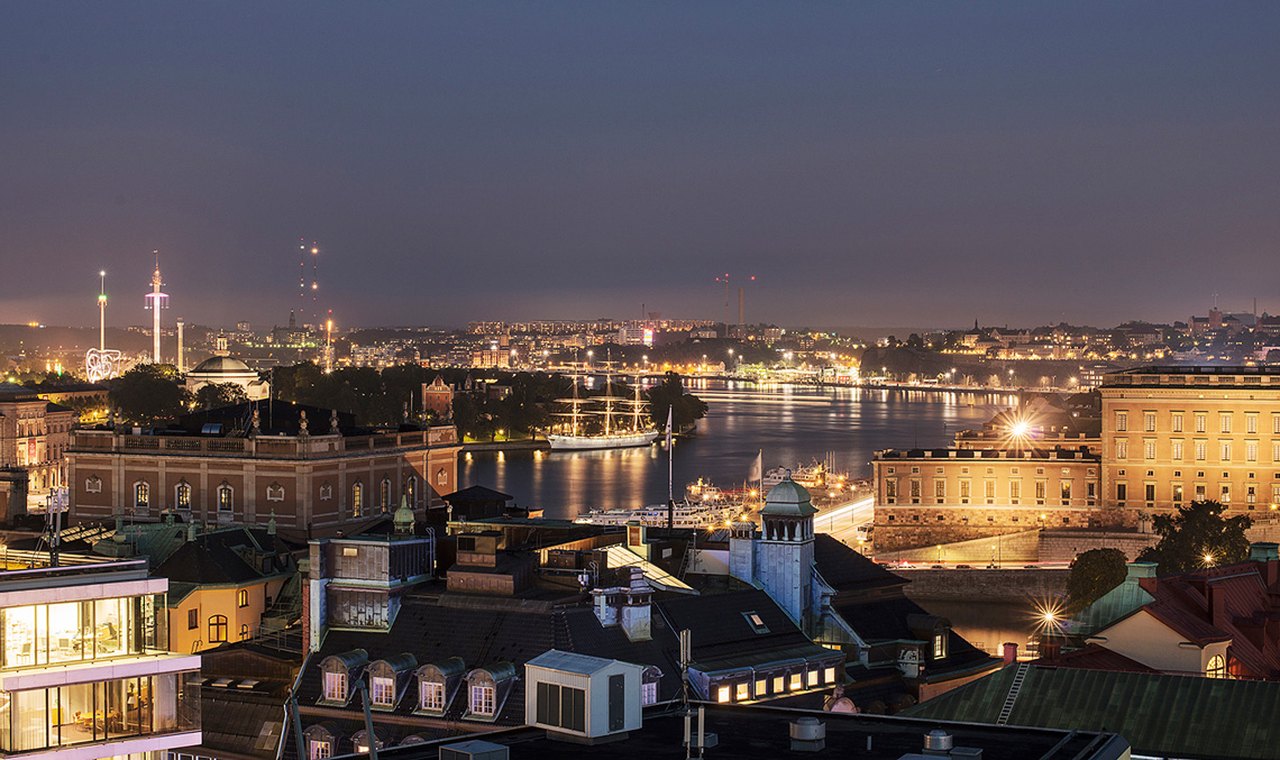 Stockholm by night, as seen from At Six

A standard double room starts at £144 per night when booked in advance and breakfast can be added for £35 for two people.

TUI say they have the technology to predict your ideal holiday