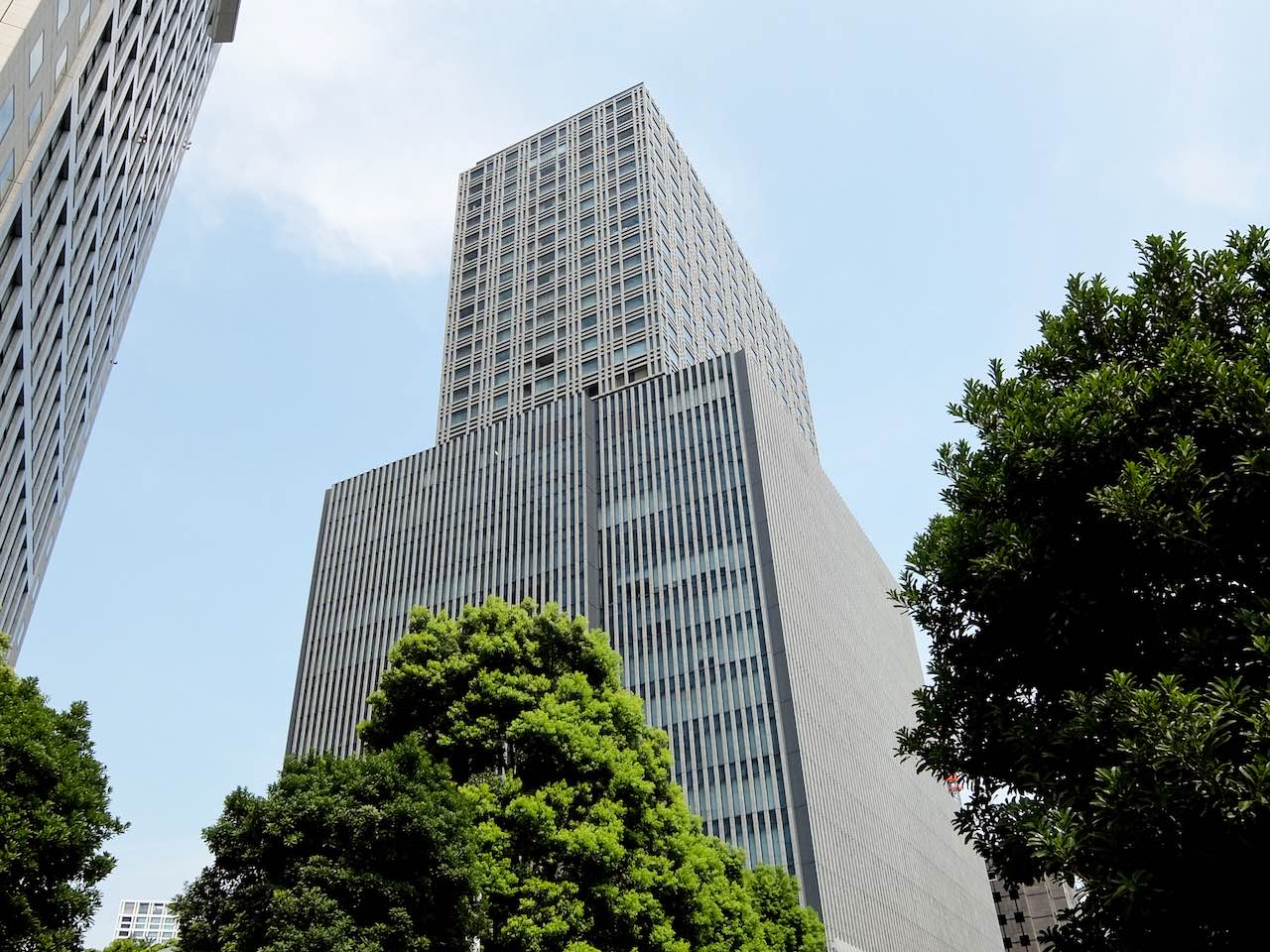 The Capitol Hotel Tokyu has distinguished neighbours – it sits right next to the Japanese Prime Minister’s residence and the Parliament Building. It’s also well connected with escalators from the Metro station bringing you straight to the lobby. By the way, Tokyu is not a misspelling, it’s the name of the private railway company that owns the hotel.

It opened in 1963 as the Tokyo Hilton and the Beatles stayed here when they played Japan. It was demolished in 2006 and rebuilt as a 29 story skyscraper, reopening in 2010. They call what you get here “Japanese Modern Hospitality” and they’re not far wrong. 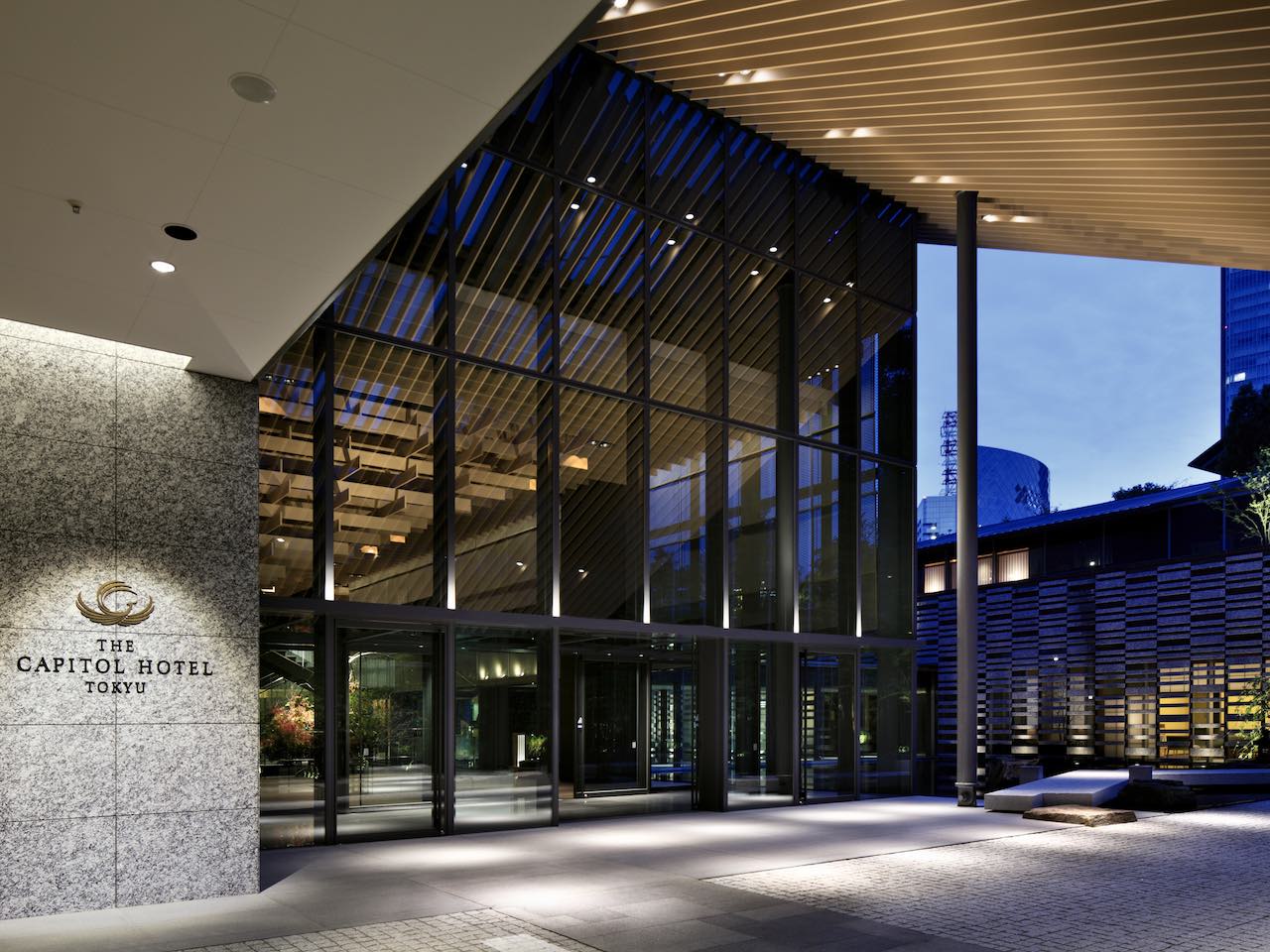 The main entrance and lobby was designed by cult architect Kengo Kuma, also responsible for the new Olympic stadium, and uses natural wood, expanses of glass and water pools to create a sense of elegance. 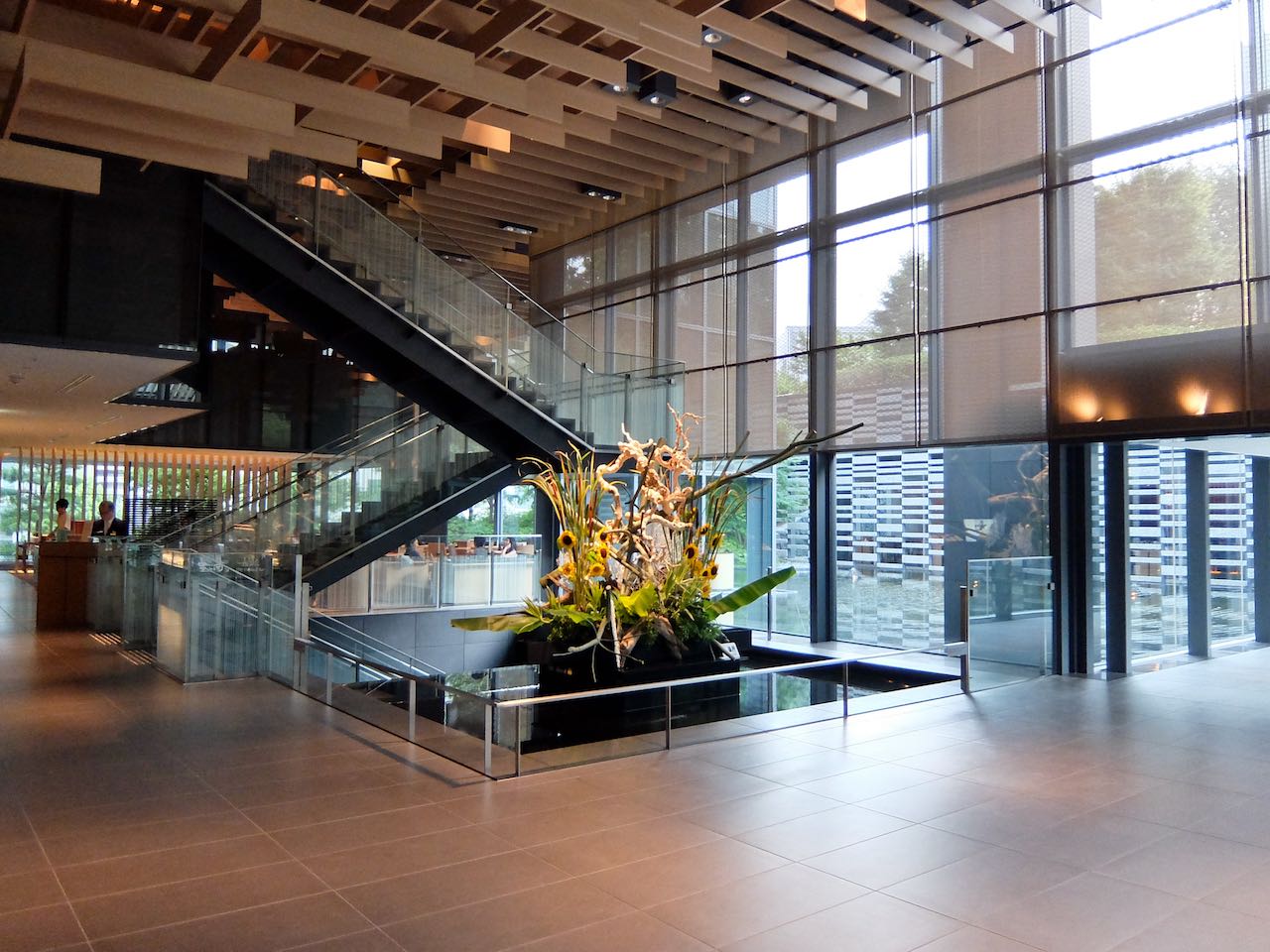 Large glass doors give access to the leafy water gardens outside, perfect for a few minutes of contemplation after a busy day exploring the city. Service represents the peak of Japanese efficiency and staff are formal yet friendly. At the concierge desk, they must be fed up with English speaking tourists asking them to decipher Japanese but they always do it with a smile.

Both for business travellers and tourists – the central location and Japanese style, always remind you that you’re in the heart of Tokyo. 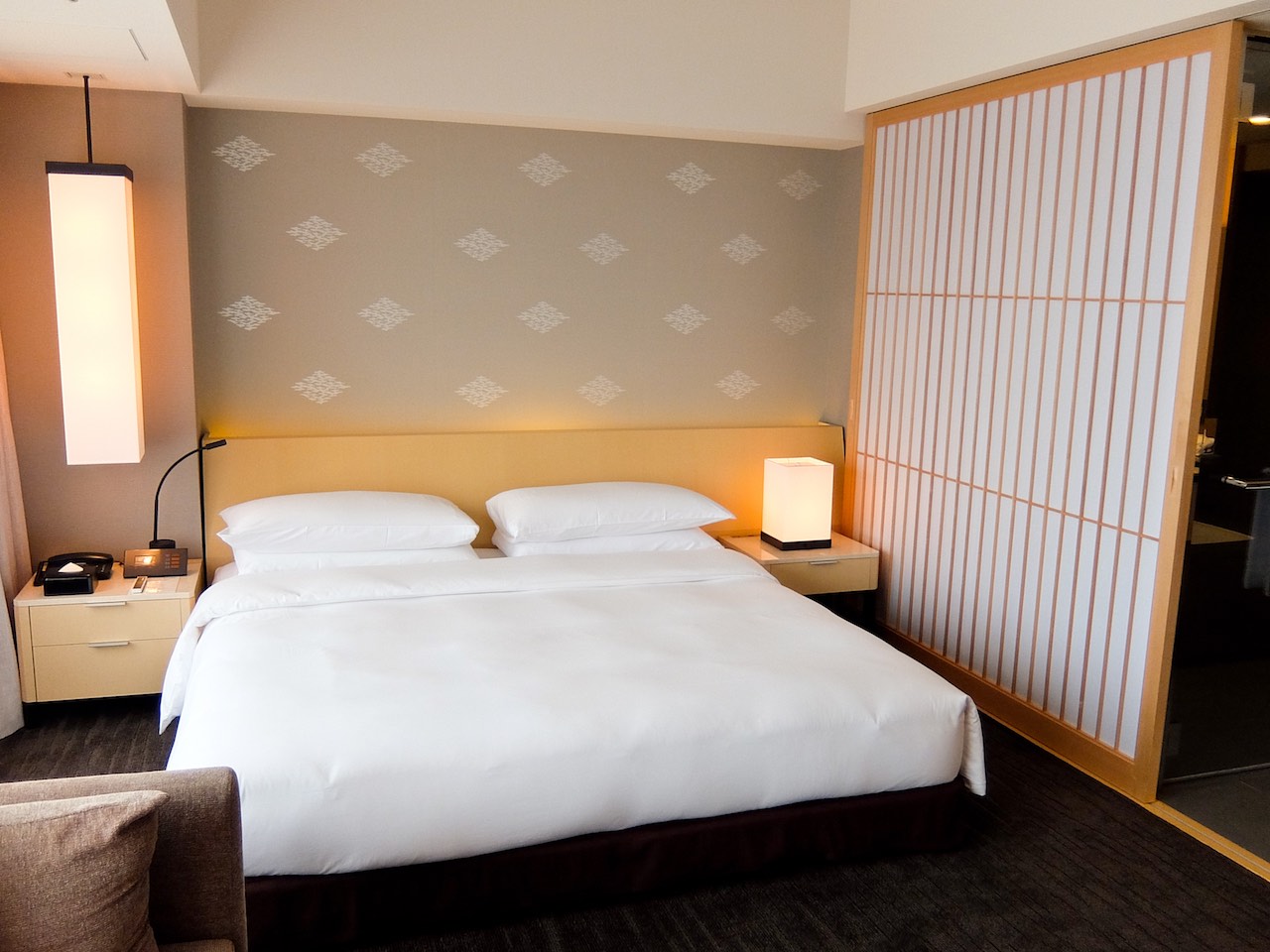 The hotel has 251 spacious rooms, including 13 suites, all incorporating traditional interior design, giving you a sense of being in an elite Japanese home. An ingenious arrangement of sliding “shoji” paper screens partition the bedroom and the bathroom and there are panoramic views of the Tokyo skyline from the 6m wide windows. 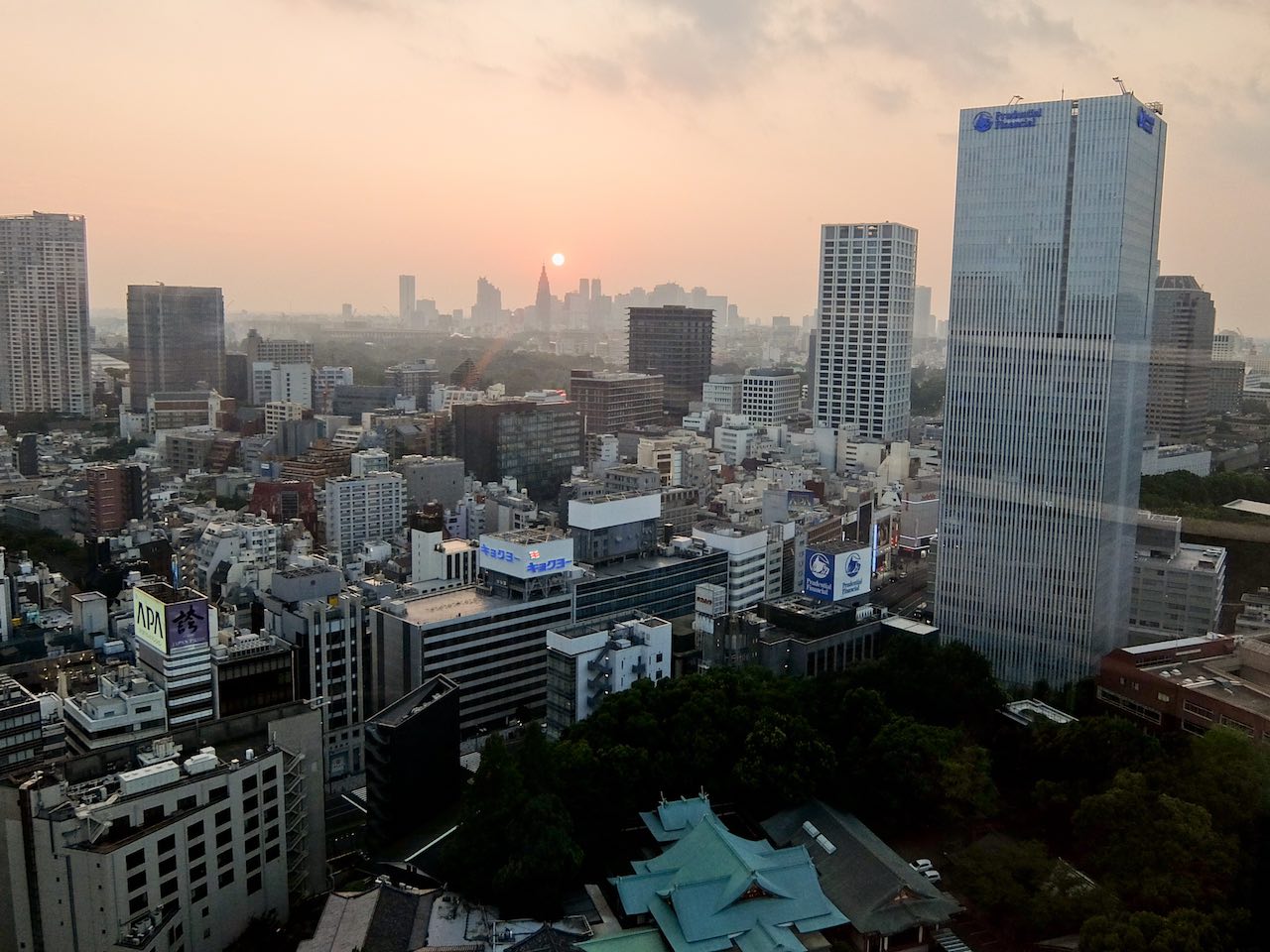 View of the Tokyo skyline

As well as the usual Flat screen TV, there’s a Nespresso coffee maker, tea, and water, desk with adapters for all electrical connections, sofa and large double bed.

The bathroom has twin washbasins and a screened off wet area which contains a large bath and separate rain shower. 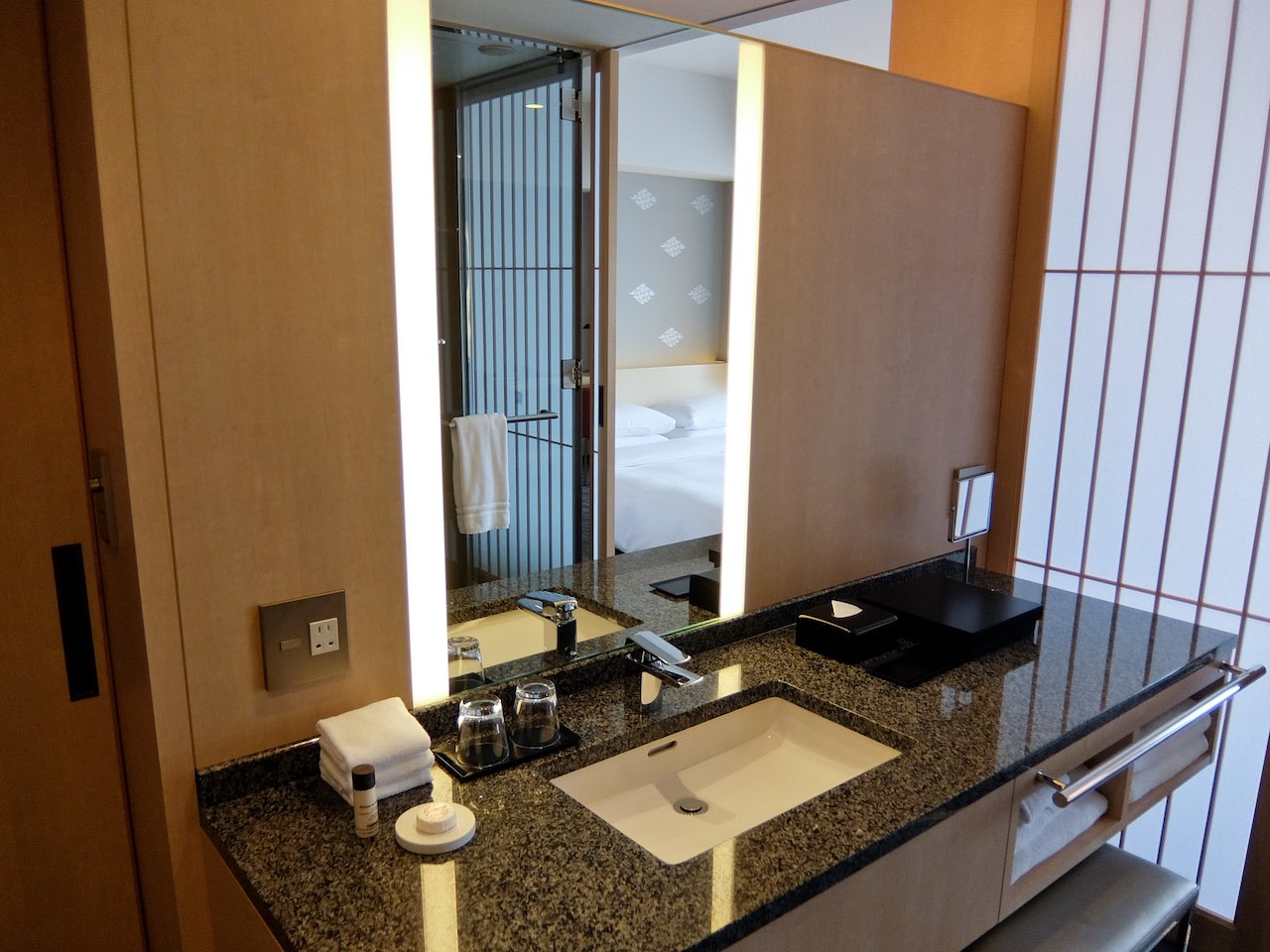 A special treat is the “Handy” mobile phone, supplied to every room. It allows unlimited local calls, international calls to 6 destinations, internet and browsing and is pre-loaded with useful Tokyo city guides and maps.

Fitness facilities include a fully equipped gym and a 20 metre indoor swimming pool with a glassed-in terrace. There’s a spacious Jacuzzi room with a two storey vaulted ceiling with the upper windows removed to let in fresh air. 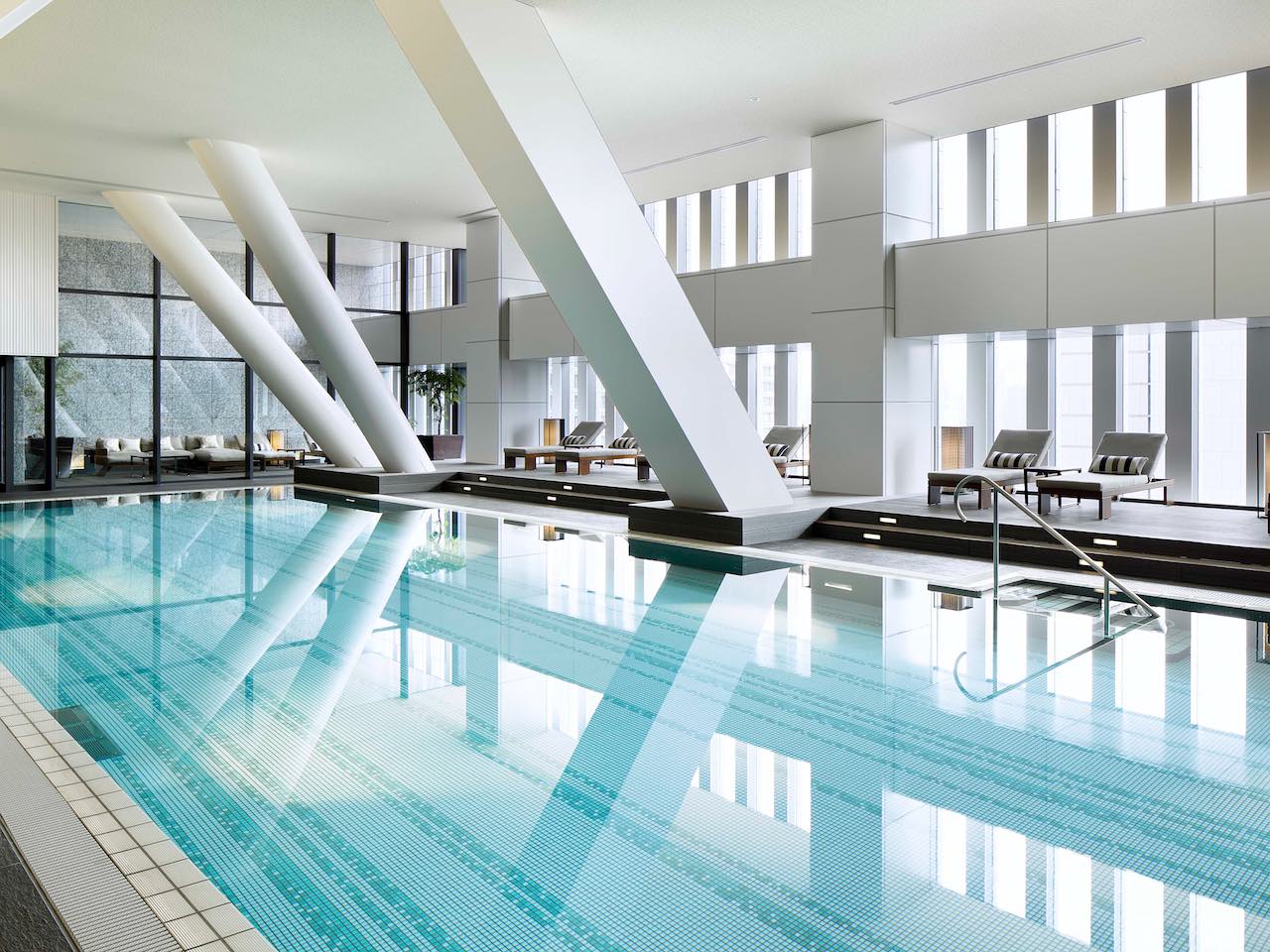 The Carju Rajah Tiado Spa has a salon furnished in Japonism style with flowers, birds, air, and moon motifs. Each private treatment room contains beautifully arranged flowers and they offer a variety of treatments like massages, facials, and wraps. Uniquely they have a men’s spa room and barbershop.

As you’d expect, the Suiren Japanese restaurant is the highlight with traditional dining areas and private rooms in the gardens. You can dine on teppanyaki and sushi but they can also lay on kaiseki banquets.

On the second floor is the Star Hill serving classic Chinese cuisine, prepared with luxury ingredients such as sharks’ fin.

Just off the lobby, all day international dining is available in Origami. This is also where breakfast is served and you have the choice of Japanese and continental set menus, plus a high quality buffet. 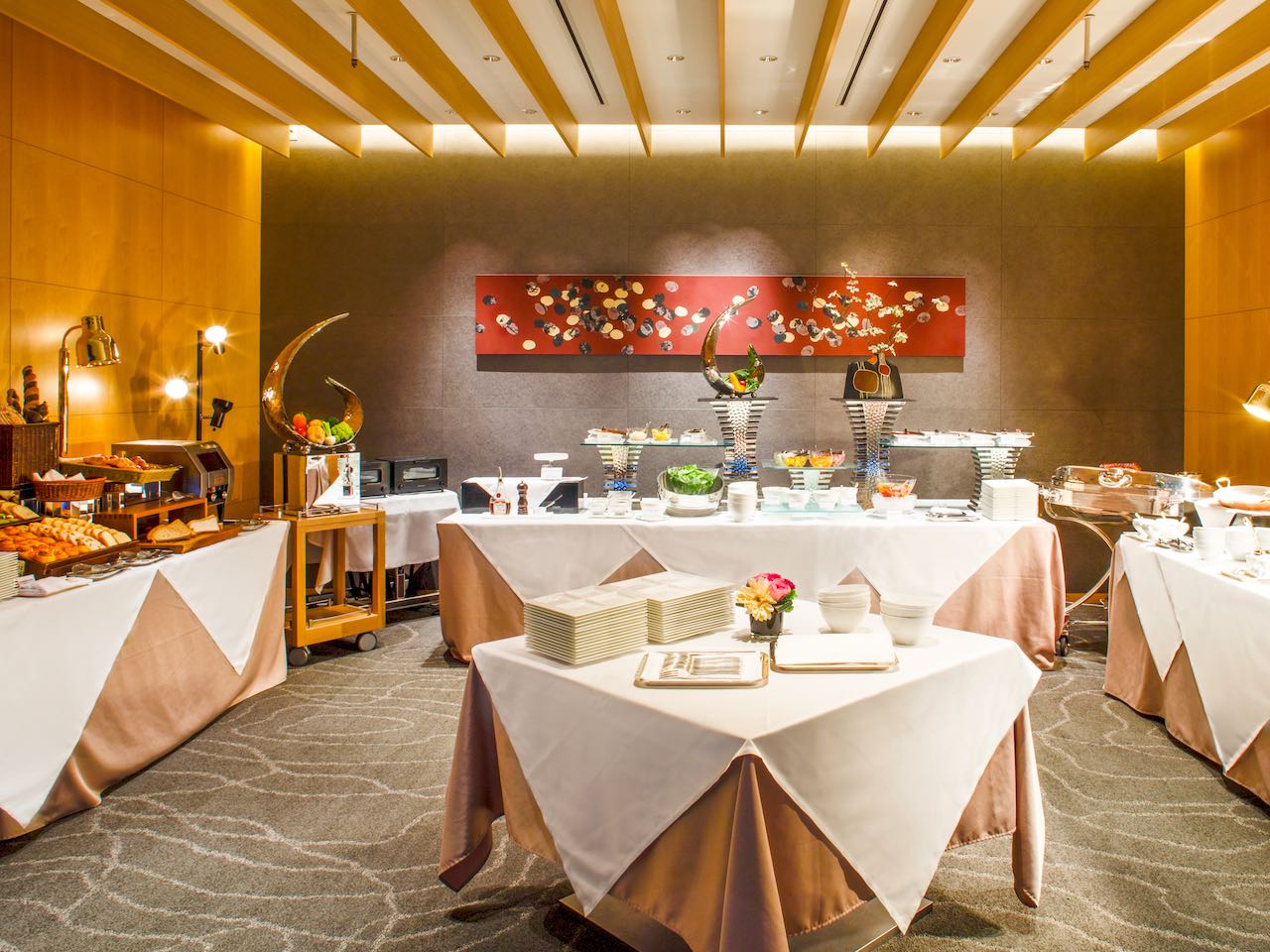 For breakfast you have the choice of Japanese and continental set menus, plus a high quality buffet

The Capitol Bar, lined with photos from the original hotel’s heyday, including a Beatles corner, offers Japanese whiskeys and signature cocktails. A choice selection of cigars from Cuba, the Dominican Republic and Honduras is also available.

The Nagatacho district is home to the prime minister’s residence, embassies and the National Diet, the Japanese parliament. A jogging map, available from the concierge guides you along the trails near the hotel, including the popular route around the Imperial Palace.

The historic Shinto shrine, Hie Jie, surrounded by luxuriant greenery, is next door.

The Akasaka district, is full of bars and restaurants including traditional Ryotei, set in beautiful gardens, with geisha service and traditional music. If that sounds too much, there’s plenty of good value food to be found in the area.

The hotel has direct access both to Tameike-sanno and Kokkai-gijidomae stations, with connection to four metro lines.

Top 10 things to see and do in Nothern Ethiopia