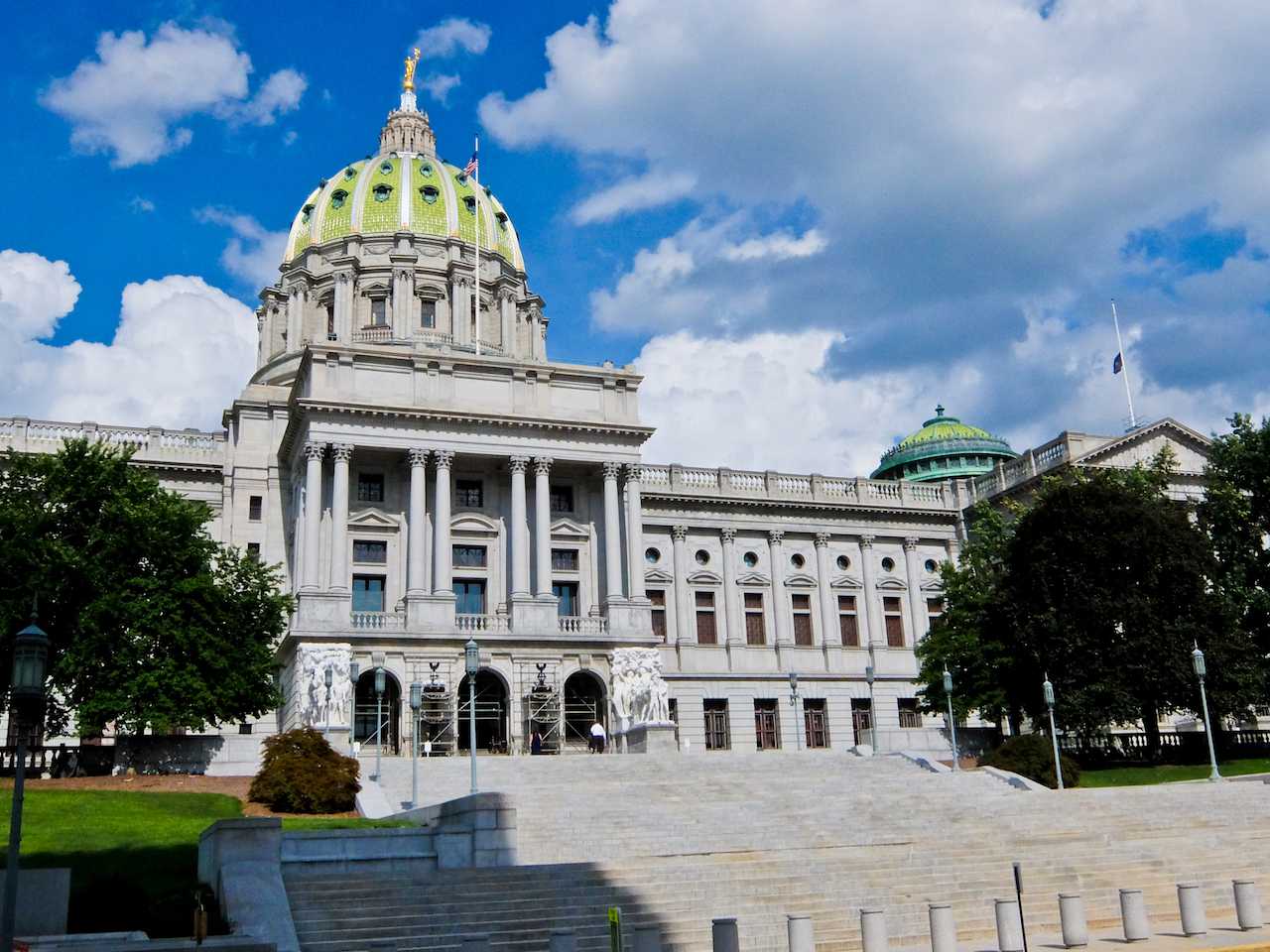 South Eastern Pennsylvania is a land of gently rolling hills with narrow twisting lanes, shaded by oak forests. In many ways it reminds me of the countryside in the South of England and it also has its share of historic Inns. 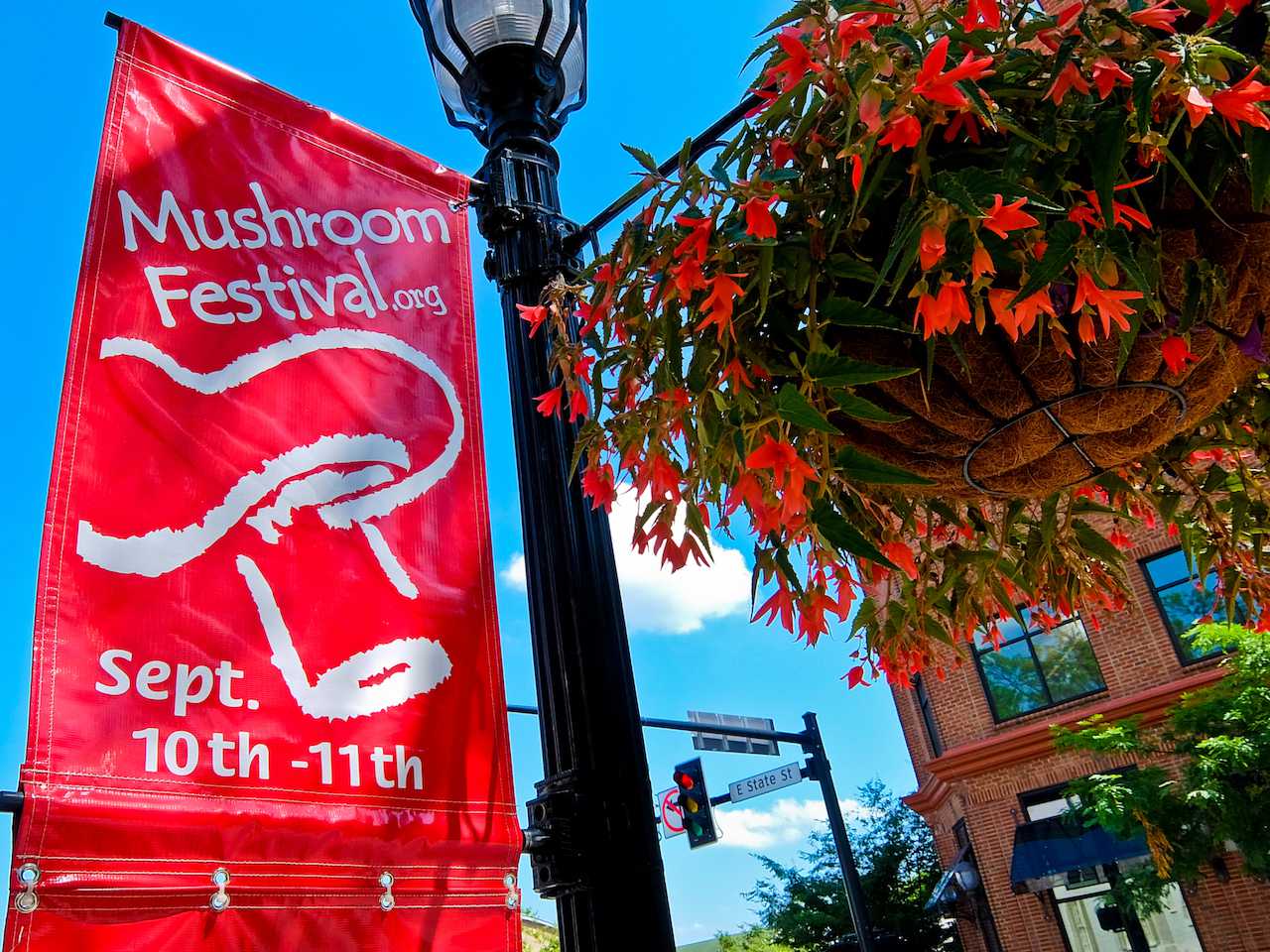 After the city claustrophobia of Philadelphia, it’s a welcome breath of fresh air and the small town of Kennett Square, in Brandywine Valley, is a good place to start. It’s known as the “Mushroom Capital of the World” because of the presence of Phillips Mushroom Farm which annually produces 15 million kilos of specialty mushrooms. As you might expect, the town holds its own mushroom festival every September. 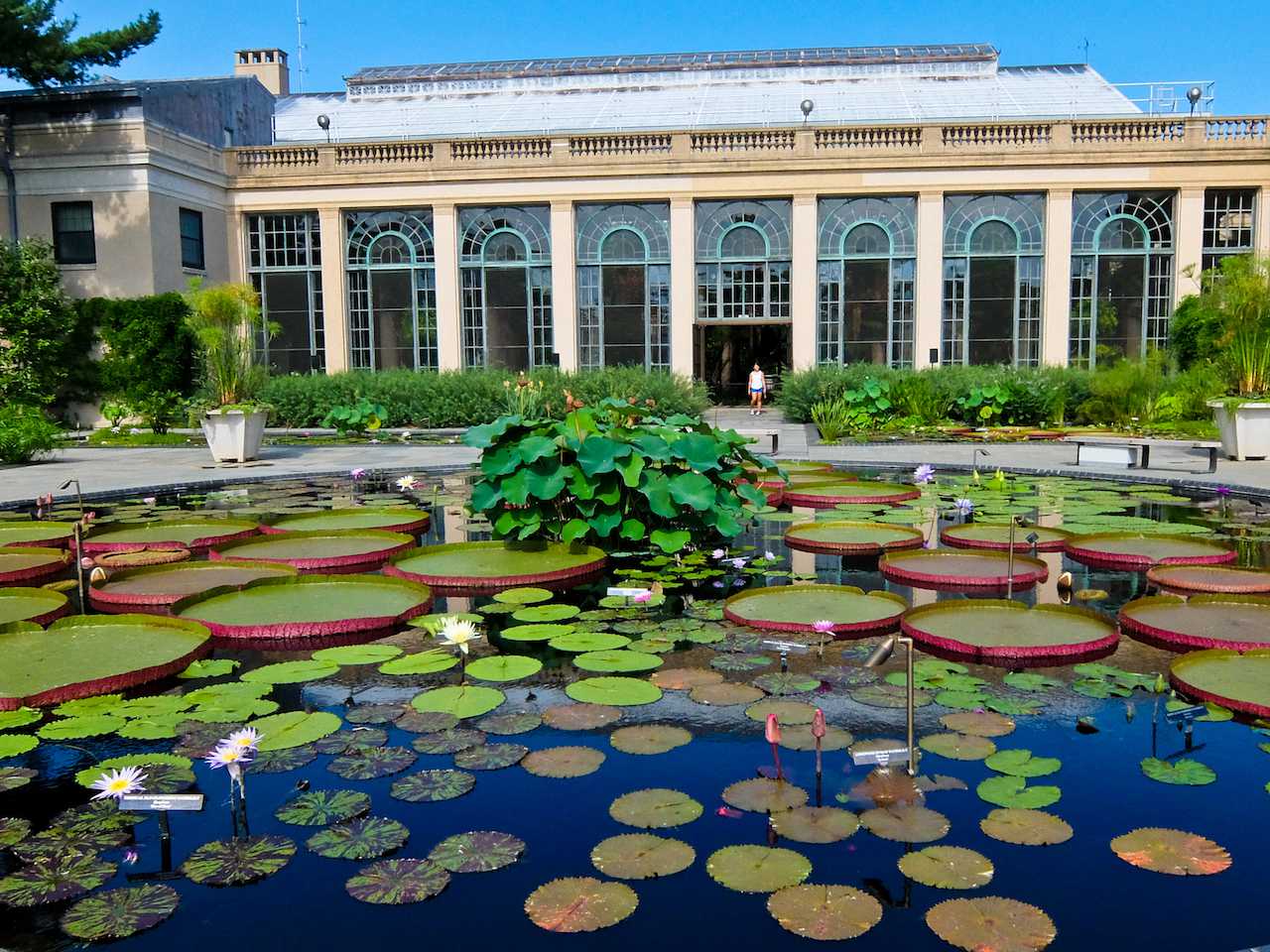 Just outside Kennett Square, Longwood Gardens started life as an 18th century arboretum covering 15 acres and boasting one of the finest collections of trees in the USA. Over time it fell into disuse and in 1906 was about to be razed for lumber.

Fortunately, Pierre S. du Pont, a member of the prominent du Pont family, stepped in and purchased the land, primarily to preserve the trees. He also wanted a place where he could entertain his friends and began extending and developing the gardens. They now run to more than a thousand acres and the gardens range from formal to naturalistic.

Du Pont was fascinated by water technology and the Fountain Garden is his major achievement. It’s undergoing major refurbishment but is scheduled to reopen in 2017.

Surprisingly, Pennsylvania is home to around 220 wineries, making it the 7th largest wine producing state in the U.S. Chaddsford Winery, in the Brandywine Valley, was a dairy farm until 1982 and is now one of Pennsylvania’s oldest and largest.

Originally, 33 acres of vines were planted but they now outsource their grapes from local producers. Winemaker Jim Osborn makes a full complement of styles, both red and white, ranging from light, fresh and fruity to big, rich and earthy.

The winery is open every day for tastings and they run regular special events, bringing in food trucks and local bands to entertain.

In a large warehouse on the edge of West Chester, the Artisan Exchange houses a selection of artisan food producers who lease space for kitchens and production areas. It also functions as an information exchange and they benefit from business and marketing advice from founders Frank and Maryann Baldassarre of Golden Valley Farms Coffee.

It’s very much a cooperative and every Saturday there’s an indoor market where you can taste and buy their handcrafted organic products. Next door the Levante Brewing Company brews and serves its craft ales from Wednesday to Sunday. 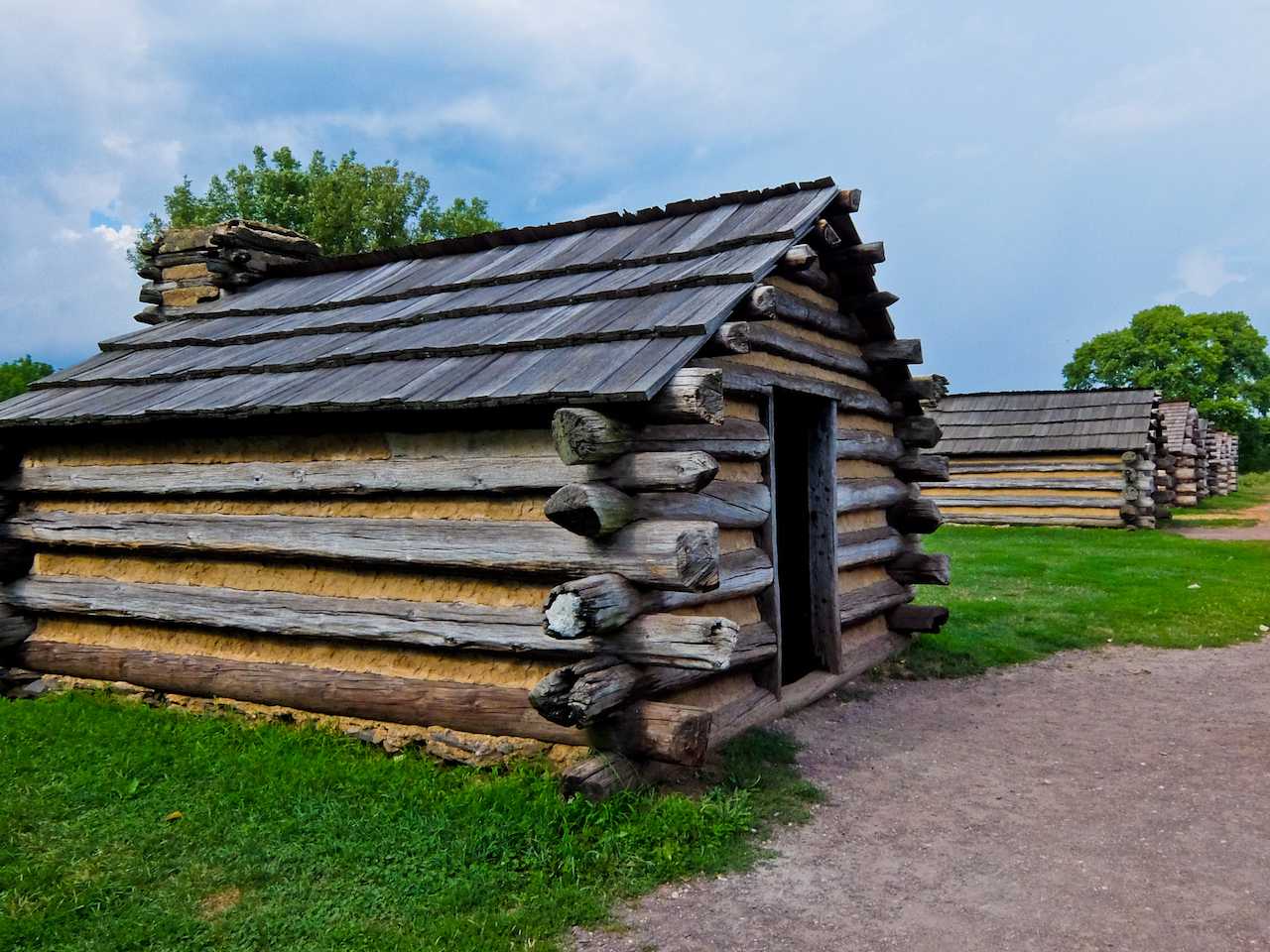 Valley Forge National Historical Park is the place where, in 1777, during the American War of Independence, George Washington wintered his 12000 troops. Its elevated position made it easy to defend and the demoralised army cut down trees and made shelter. By the end of February they’d constructed over 2000 huts and the worst of the winter was over. Prussian General, Baron von Steuben, arrived to drill the soldiers and Washington emerged in the spring to fight another day.

Guided trolley tours take in all points of the park, with stops at the reconstructed Muhlenberg Brigade Huts and the Isaac Potts House, where Washington was headquartered. 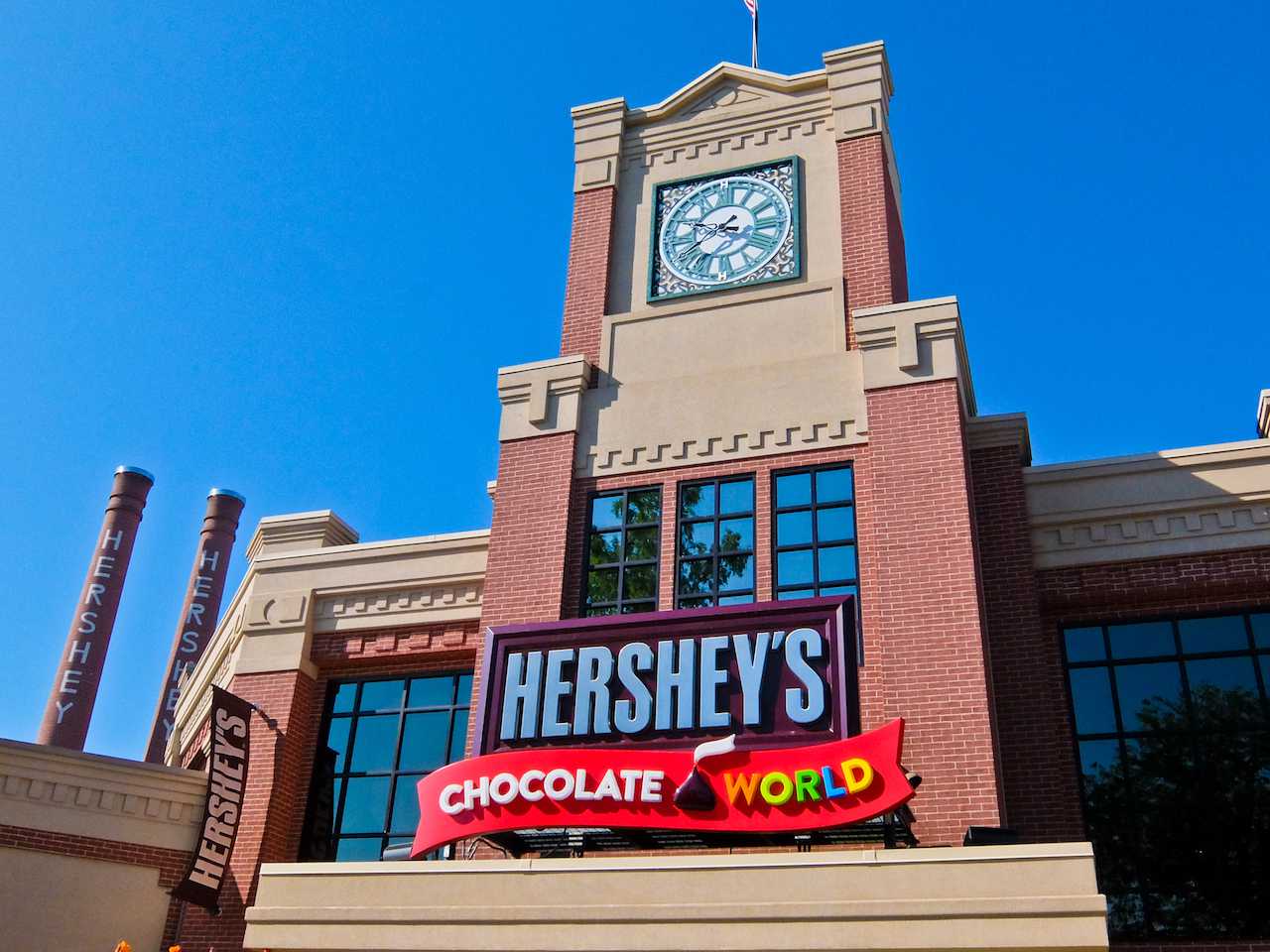 America’s chocolate capital is named after Milton S. Hershey who sited his factory here in the early 1900’s, then laid out the streets and built housing for his workers. It soon became an attraction in its own right with ornamental gardens and an amusement park, and chocolate is still manufactured in the town.

These days you can stay in the magnificent Hotel Hershey, whose spa offers chocolate treatments, take a 75 minute trolley tour of the town and visit the Hershey Story Museum.

The highlight, though, is Chocolate World where you get to design your own candy bar and then see it made on a mini-production line, before taking it away in custom packaging bearing your name.

A short drive from downtown Hershey, Antique Automobile Museum is home to vintage cars, buses, motorcycles from the 1890s to the 1980s, many of them perfectly restored to showroom condition. It includes the world’s largest collection of Tucker 48 automobiles – they’re extremely rare since the company folded after a year and only 51 cars were produced.

Harrisburg, on the banks of the Susquehanna River, is the state capital of Pennsylvania, not Philadelphia as you might think. It’s a surprisingly attractive city and its downtown retains many of its original buildings. Pride of place goes to the Pennsylvania State Capitol, completed in 1906. Its inside staircase was modelled on the Paris Opera, whilst the dome is a third scale replica of St Peter’s. Regular free 30 minute guided tours are offered on weekdays. 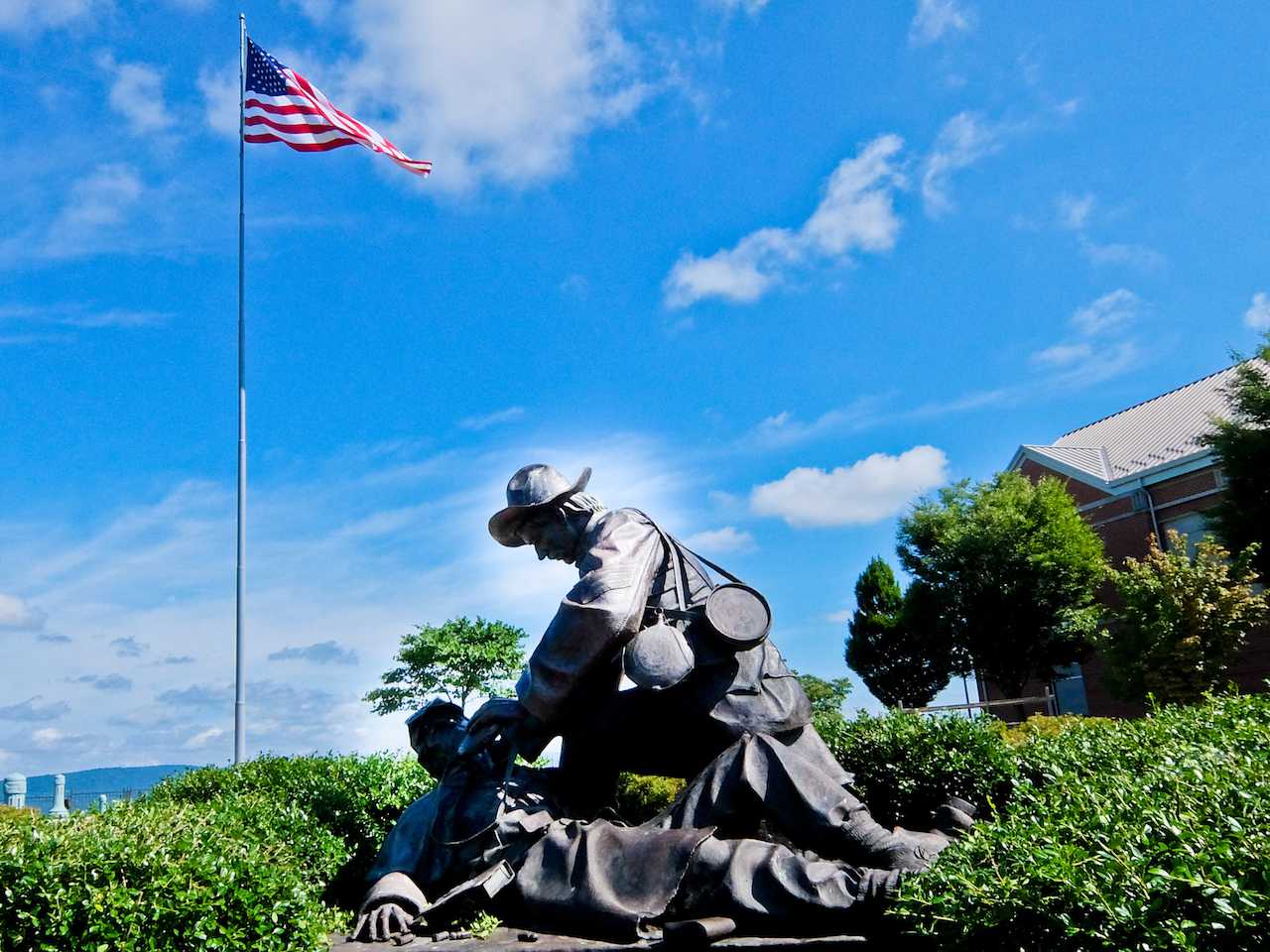 Situated just outside Harrisburg, National Civil War Museum is one of the world’s largest museums dedicated to the American Civil war. It tells the story of the war from the social, political, and personal perspectives of the day, giving equal weight to both sides. You start on the second floor and you walk through exhibits detailing the start of the war, the making of the army and even Civil War music. Downstairs you learn about the Battle of Gettysburg, the campaigns of 1864-5 and Abraham Lincoln. It’s well laid out and you need at least a morning to take it all in.