India has a festival practically every day of the year. So why not combine your trip to coincide with one of them and see places you may not have considered before.  You are spoilt for choice from Diwali to Vishu, from Rajasthan to Kerala, from dance to costumes, from camels to colour – you are spoilt for choice.

Why: For 3 days this otherwise barren land is full of colour, music and festivity. The famous Gair and Fire dancers sway to traditional music, alongside displays of the illustrious past and affluent culture. A turban tying competition and a Mr Desert contest are held. The grand finale is a trip to the sand dunes at Sam where visitors enjoy camel rides, folk dances and musicians performing on the sand. 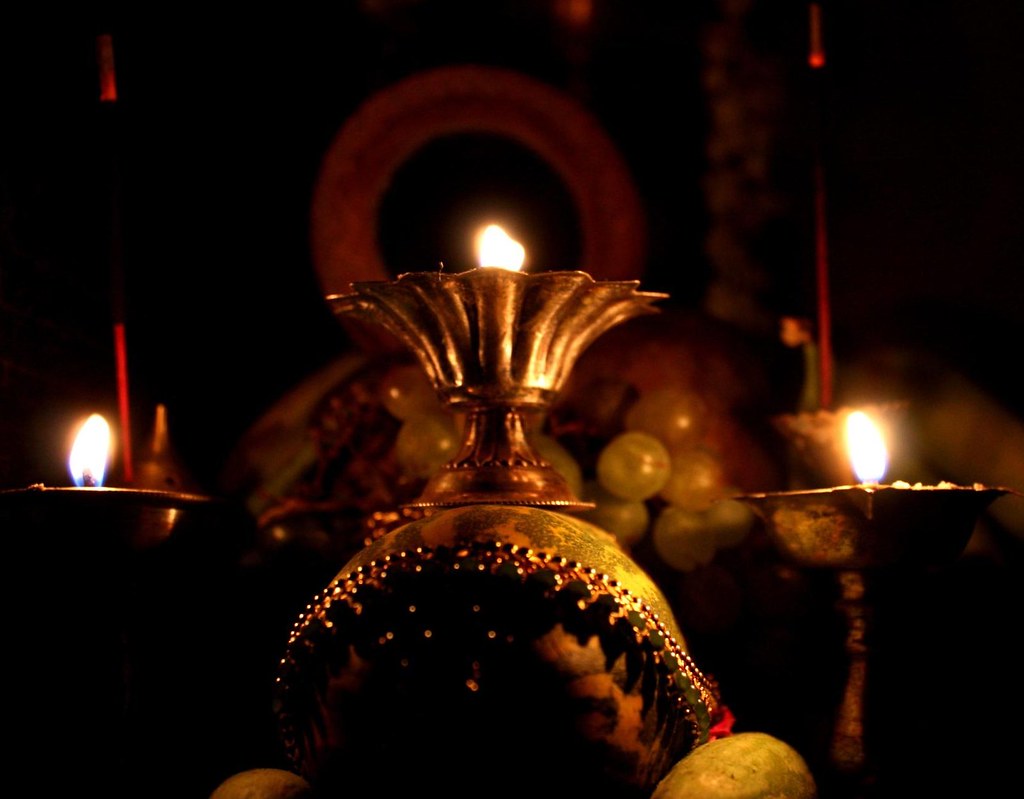 What: Festival of the Sikh Brotherhood

Where: Assam and Kerala

Why: Guru Gobind Singh founded the Khalsa (Sikh brotherhood). The holy book of the Sikhs, Granth Sahib, is taken in a procession, led by the Panj Pyaras (5 senior sikhs) who are symbolic of their leaders. This is followed by feasting and fun. In Kerala the festival is called Vishu. Displays of grain, gold, new clothes, flowers, fruit and money to ensure a prosperous and healthy new year ahead. 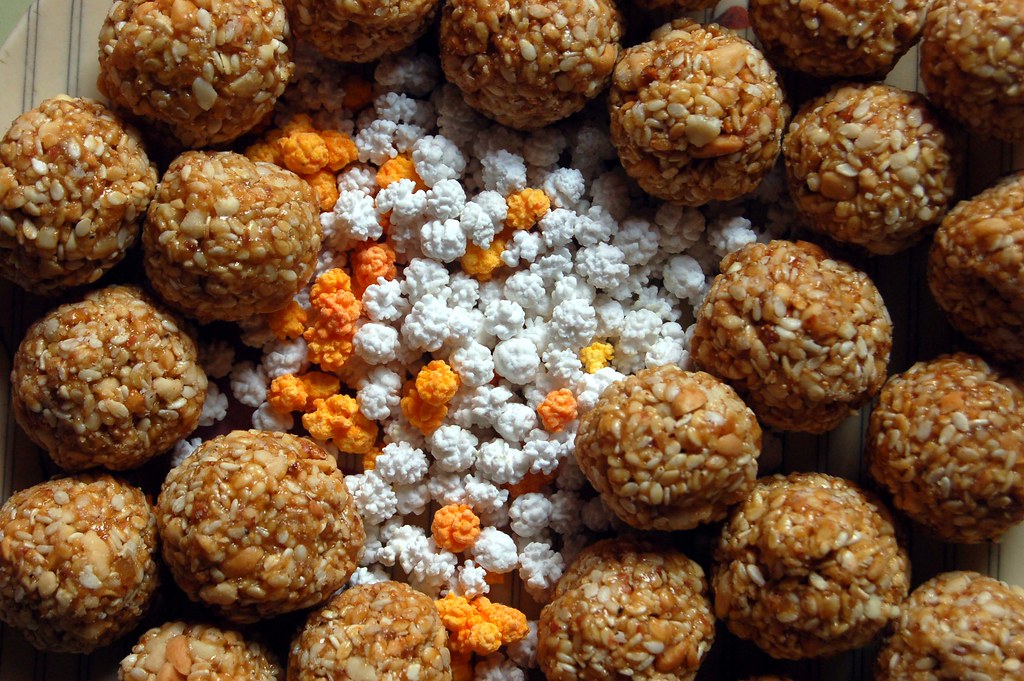 What: A celebration of spring during the ‘ascent’ of the sun to the north of Uttrayana. Sankrati is a Sanskrit word meaning the end of an event.

Where: Maharashtra, Karnataka and Andhra Pradesh

Why: For earth dwellers, movements of the sun are big news. The Indian solar calendar is based on them. In mid-January the sun enters Makar Rashi or House of Capricorn—the 10th sign of the zodiac. At this time the sun starts its Uttarayun, a journey towards the northern hemisphere. The first day of the journey is called Makar Sanskranti and on this day people throng to the holy rivers to enjoy a sacred dip. The day is filled with joy, goodwill and friendship and sesame ladoos and sugar drops are distributed as a symbol of the need to be generous and kind to everyone.

Where: All North India

Why: It heralds the end of winter and the beginning of spring. The night before the full moon, crowds gather together and light huge bonfires to burn the dried leaves and twigs of the winter. People throw coloured water and powders (Gulal and Kumkum) at each other while singing and dancing. In Anandpur Sahib, Sikhs celebrate a special festival Hola Mohalla on the day after Holi with a display of ancient martial arts and mock battles.

Why: One of India’s most significant Hindu festivals celebrated with a lot of joy all over India. It marks the triumph of Lord Rama over the demon king, Rayana, and the victory of good over evil. On the tenth day, ‘Vijayadasmi’ day, colossal effigies of Ravana, his brother Kumbhkarna and son Meghnath are placed in vast open spaces. Rama and his consort Sita and brother Lakshmana arrive and shoot arrows of fire at these effigies which are full of explosive material. The result is a deafening blast. 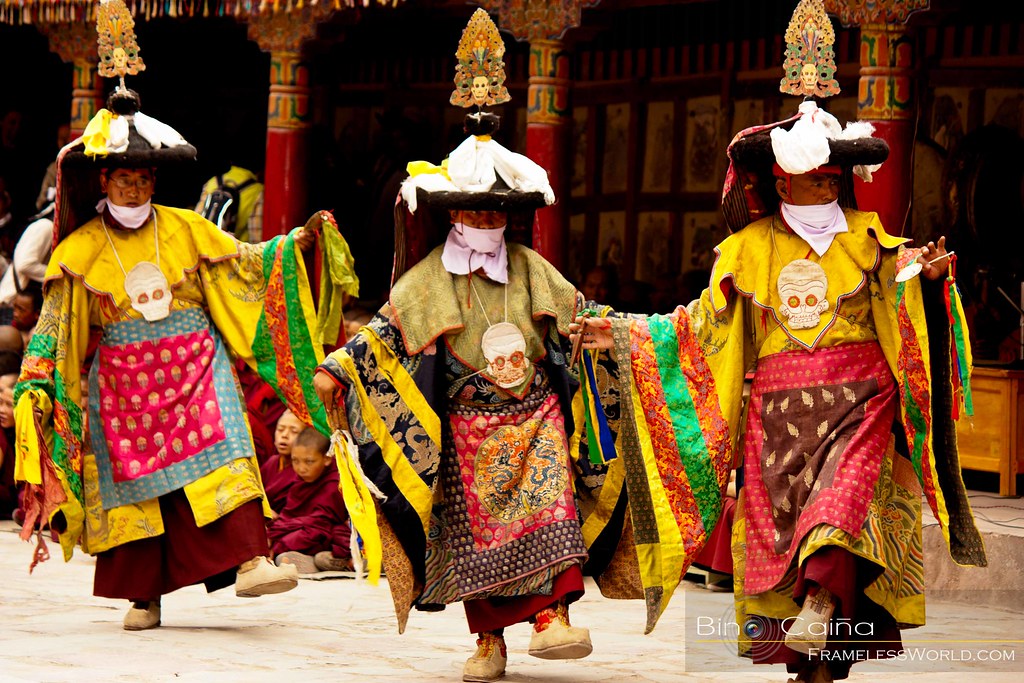 What: Dances at the famous Ladakh monastery

Why: For 2 days from the 10th day of the 6th month of the Ladakhi calendar, the Hemis monastery turns into a large stage where monks and tourists congregate for the famous masked dances to celebrate the birth of Guru Padmasambhava. Performers wear elaborate, bizarre costumes and masks resembling legendary animals and depicting the moods of the gods. Festivities commence with sounds of trumpets, cymbals, drums and small bells and typically slow dance movements tell the story of the age-old fight between good and evil. Hemis is one of the largest monasteries of Ladakh and probably the richest. It is situated on the left bank of the river Indus in a lateral valley about 40 kms from Leh. It is believed that Hemis was built in the 17th century by Stagtshang Raspa under the patronage of King Sengge Namgyal and since then it has become established as a leading centre of Drugpa Buddhism. Almost 4000 metres above the monastery is a cave used as a place for those wanting to perform long, arduous penances. 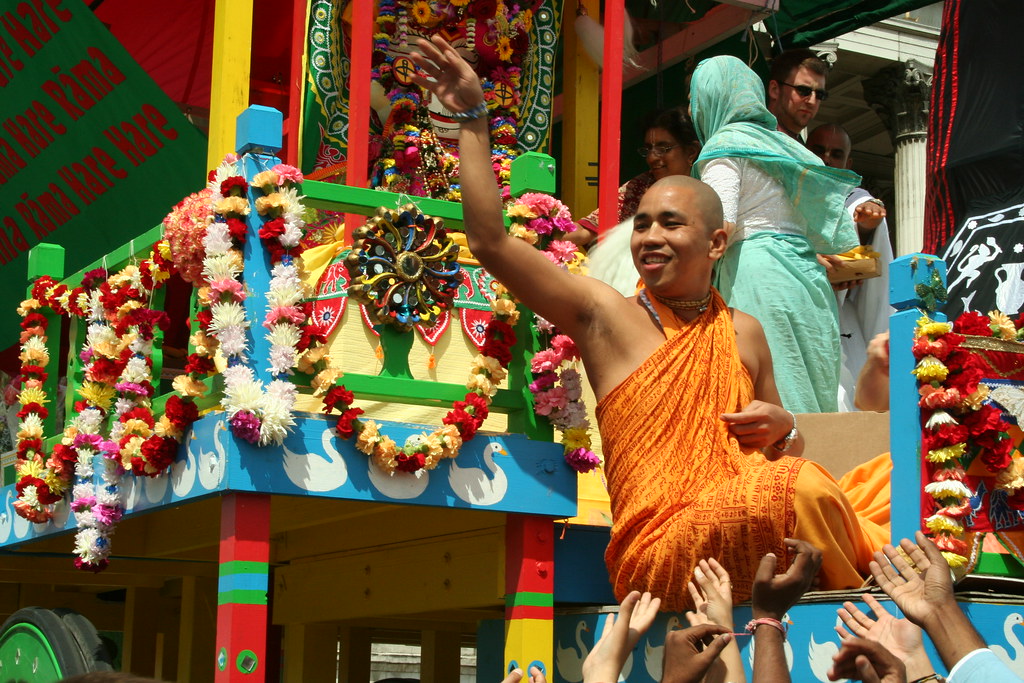 Why: The word Juggernaut springs from Lord Jagannatha, the presiding deity of the state of Orissa, India. Lord Jagannatha, (Vishnu) reigns from his magnificent temple at Puri, flanked by his sister, Subhadra and younger brother, Balabhadra. During June and July all three deities are taken in a grand, procession in specially made huge chariots called Rathas. The Puri Rath Yatra is probably the most famous ride that any god can take in India and is world famous for the crowds that it attracts. Enthusiastic devotees nearly lose their lives in the milling crowds and under the huge wheels, while trying to touch the sacred rope that is used to pull the chariots. (See the connection with Juggernaut?) 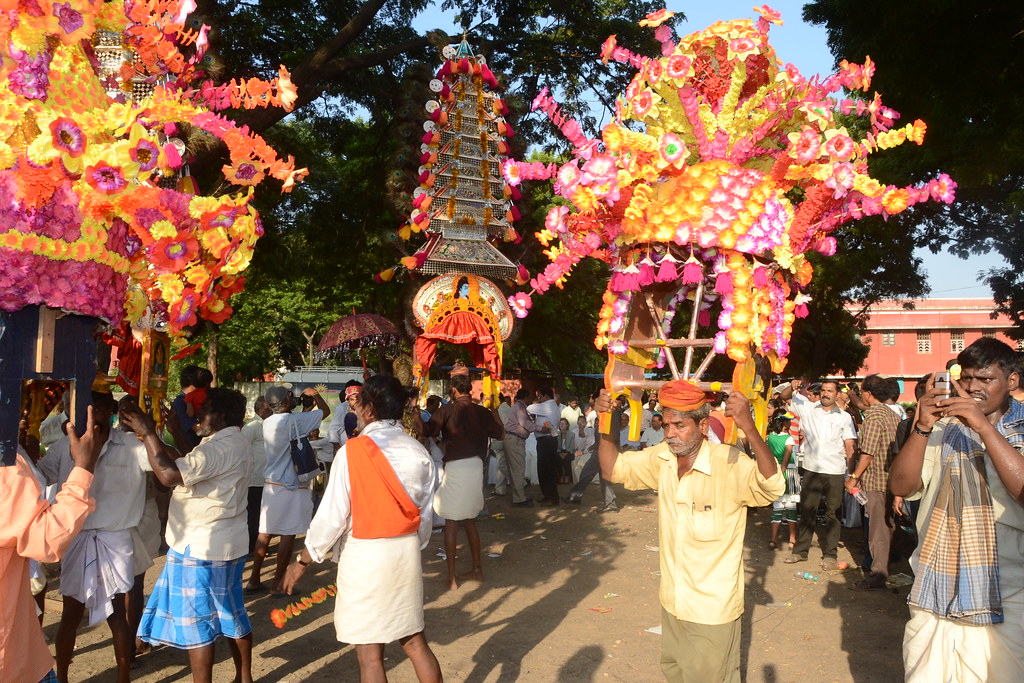 What: A harvest festival

Why: This harvest festival welcomes the spirit of the pious king Mahabali from external exile and to assure him that his people are happy and wish him well. Elephants are included in a procession and virtuous women are heralded with boat races. 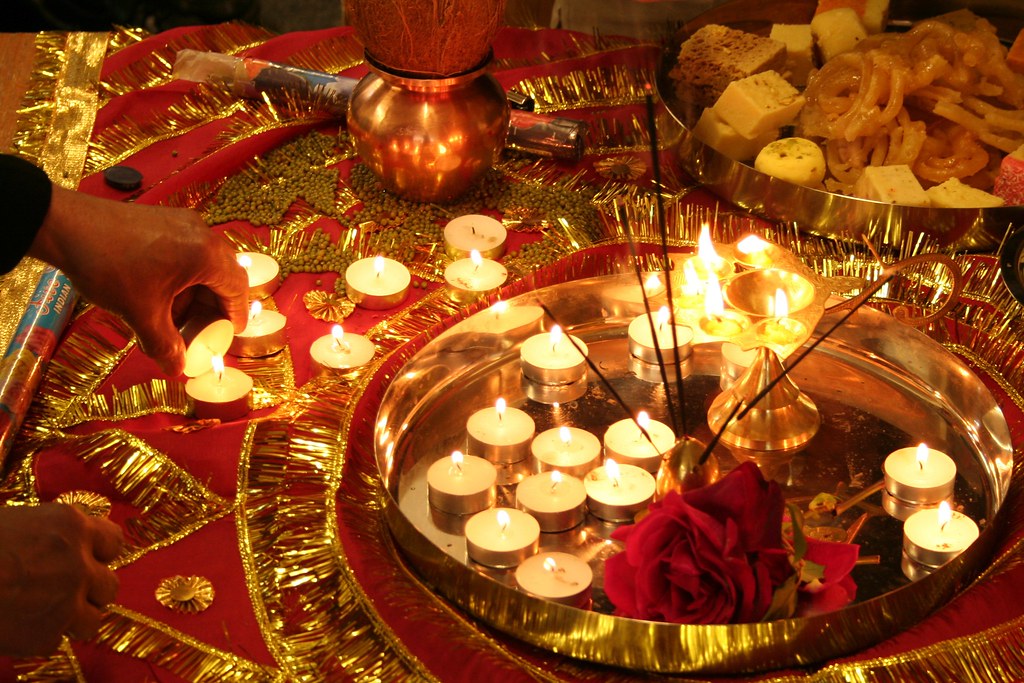 What: Festival Of Lights from the Sanskrit word Deepavali : Deepa means light and Avali means a row. This 5-day Hindu holiday is the most widely celebrated and most colourful of all Indian festivals. Homes are filled with oil lamps (Deep) left to burn all night.

When: 15th day of Ashwin (October/November).

Where: All over India

Why: The festival was started in a bid to promote Indian classical dance and held at Konark Temple where this beautiful dance form has been nurtured since ancient times.

Northern Lights in Norway: the greatest light show on Earth