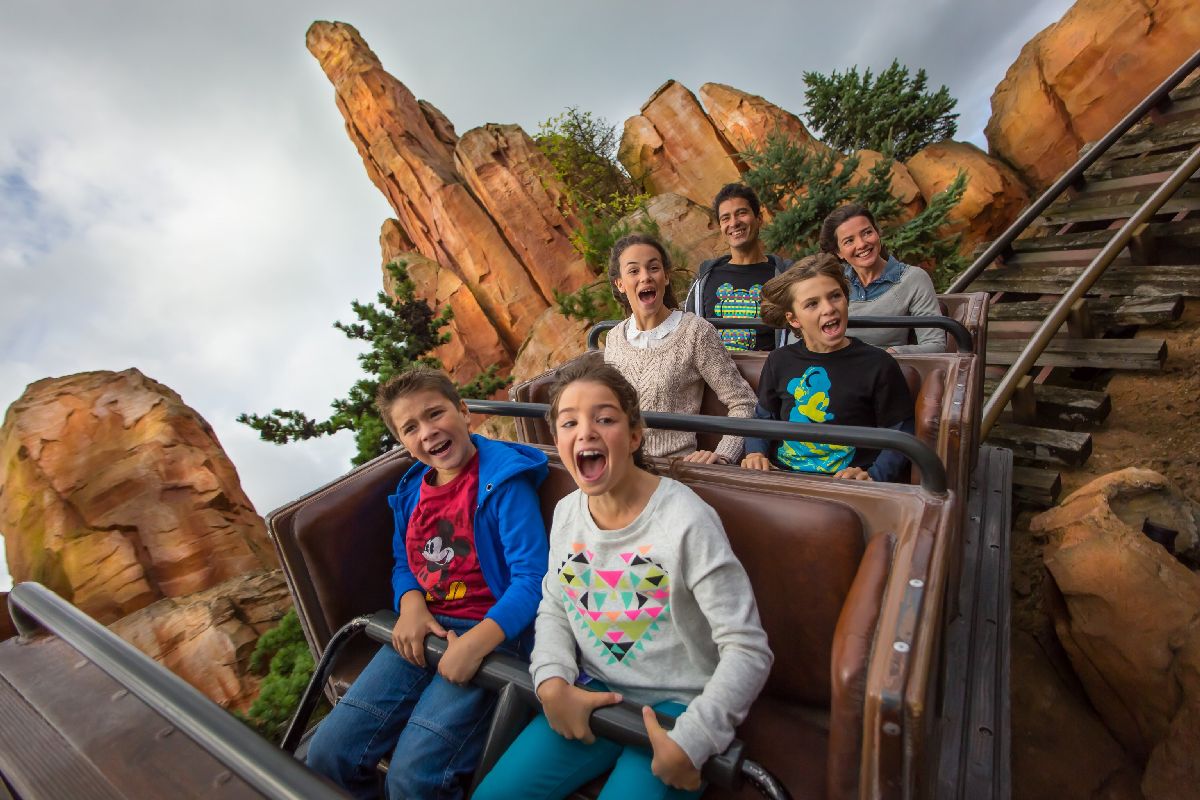 Bundle your family into the car for the ride of your life at one of these European theme parks.

Where: near The Hague in Holland

Why: It may be in the heart of lush forest and near to a sleepy wide beach but you’ll get white knuckle rides and thrilling water slides at this amusement/water park combo. Older kids can ride the Mad Hill or Scary Toboggan Runs while younger children can enjoy the more gentle Fairytale Wonderland. The Tiki Park next door is the largest covered waterslide park in Europe and has 1000 metres of slides and shoots offering tremendous speed with the Tyfoon and a more leisurely ride on the Lazy River. The park is open from now to October 26 2014.

Why: With landmarks of pink castles of pink spires and turrets and all the Disney favourites milling around, the kids will feel at home and the adults will feel like kids. Thrilling themed rides include A Small World, Buzz Lightyear’s Laser Blast, the Haunted Mansion, Pirates of the Caribbean and the Space Mountain Knuckle Ride that takes you on a fast journey, some of it upside down. The whole day is wrapped up beautifully with the Disneyland Park parade at 7pm and, if you stay till the end, there’s a spectacular firework and laser show around 9.30pm.

Incidentally, if you stay in the Disneyland Hotel, though it is expensive, its location above the park gates means you can get into the park early and could have a two-hour window where you can enjoy the best rides without queuing before everyone else arrives.

Why: This is a huge theme park located in a lovely large leafy park. It first opened in 1967 and since then has been adding attractions regularly. There are six adventure areas including the water based rush through canyons and being sent into space to distance galaxies. Probably the most thrilling is the Black Mamba roller coaster and newly added Talocan the first European suspended top spin ride. When you are ready for more there’s the Geister Rickcha. Demons and evil spirits are among the terrors that lie in wait on Europe’s only underground ghost train.

Why: This park sits on the Belgium-France border and is owned by a Belgian TV company, Studio 100. The rides are themed around characters from their programs. You are greeted by many of them when you walk into the park but even if you recognise them it is still a fun, festive atmosphere. There are various themed roller coasters with twists and turns, a pirates’ zone where a fall of 30 metres ends in water at a speed of 70 km/hour – it’s quite a splash. Nearby there’s a rotating disk that twists from left to right as it rises. The most thrilling ride is the Anubis rollercoaster which is higher and faster than any other ride.

Where: near Poitiers in France

Why: Ok, this is not exactly a theme park, but it is an interesting attraction using multimedia, cinematographic futuroscope and audio-visual techniques. It is all about predicting what the world may be like in millions of years and sustainability. The Future is Wild attaction encourages you to interact with imaginary animals that may one day, say in a million years, live in the world. There are animated 3D films and a house called Building the Future that can be entered to explore ideas for the way we may live in the future without damaging the earth. This may sound a bit too earnest but to lighten the load they have added a musical fairytale called The Blue Note Mystery. This is told through images projected onto screens of water and other special effects.

Which is your favourite European theme park? Leave a comment