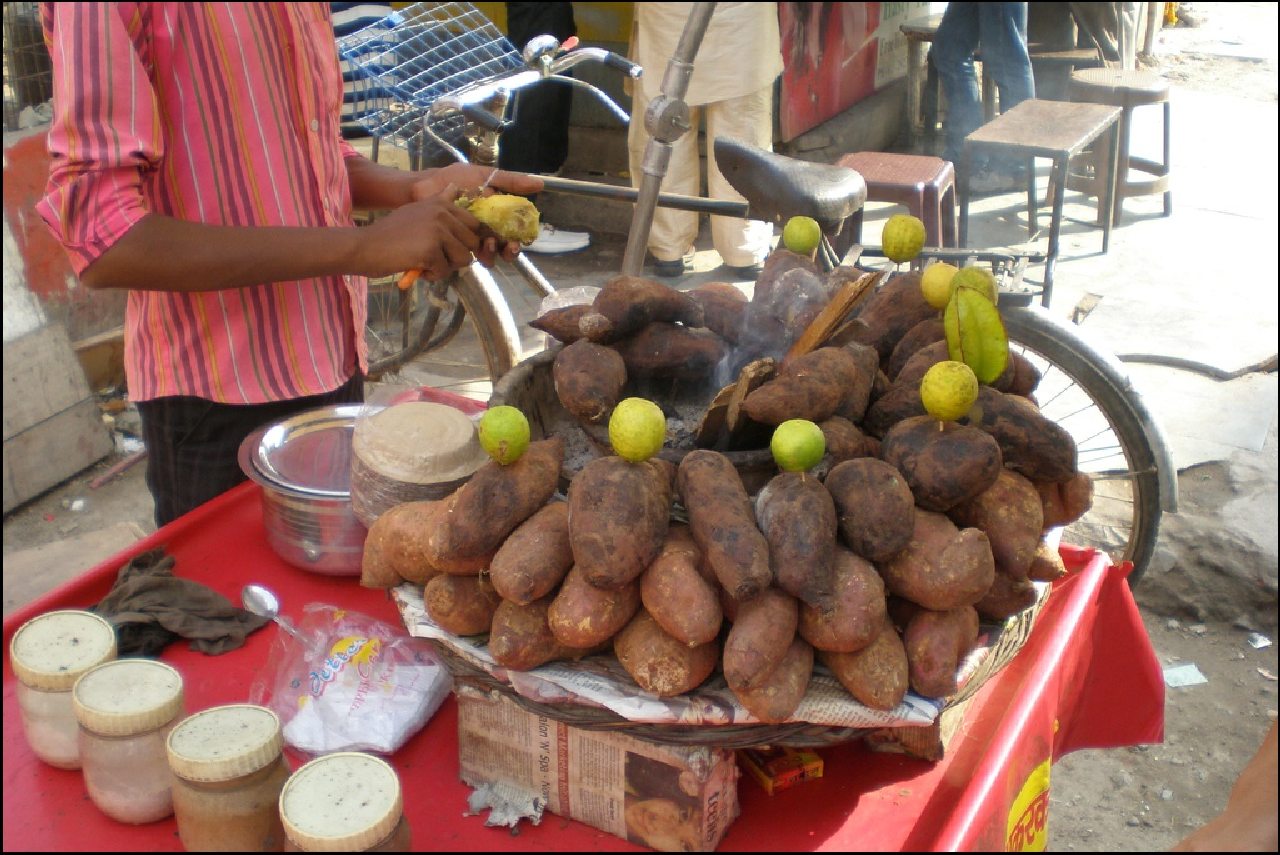 For many first-time travellers to India one of the greatest pleasures is discovering its amazing street food. Surprisingly, there’s infinitely more to subcontinental cuisine than the rather bland offerings of tikka masala and chicken korma.

Street food, whether sweet or savoury, fiery or mild, is eaten by all and it’s not unknown for there to be lively debate amongst friends and family about which is the best. As well as giving your stomach a treat, trying street food helps support hard-working vendors, many of whom have been plying their trade with great skill for many years. So here’s our guide to the best street food of northern India – try each one with a steaming cup of the nation’s rocket-fuel, masala chai. 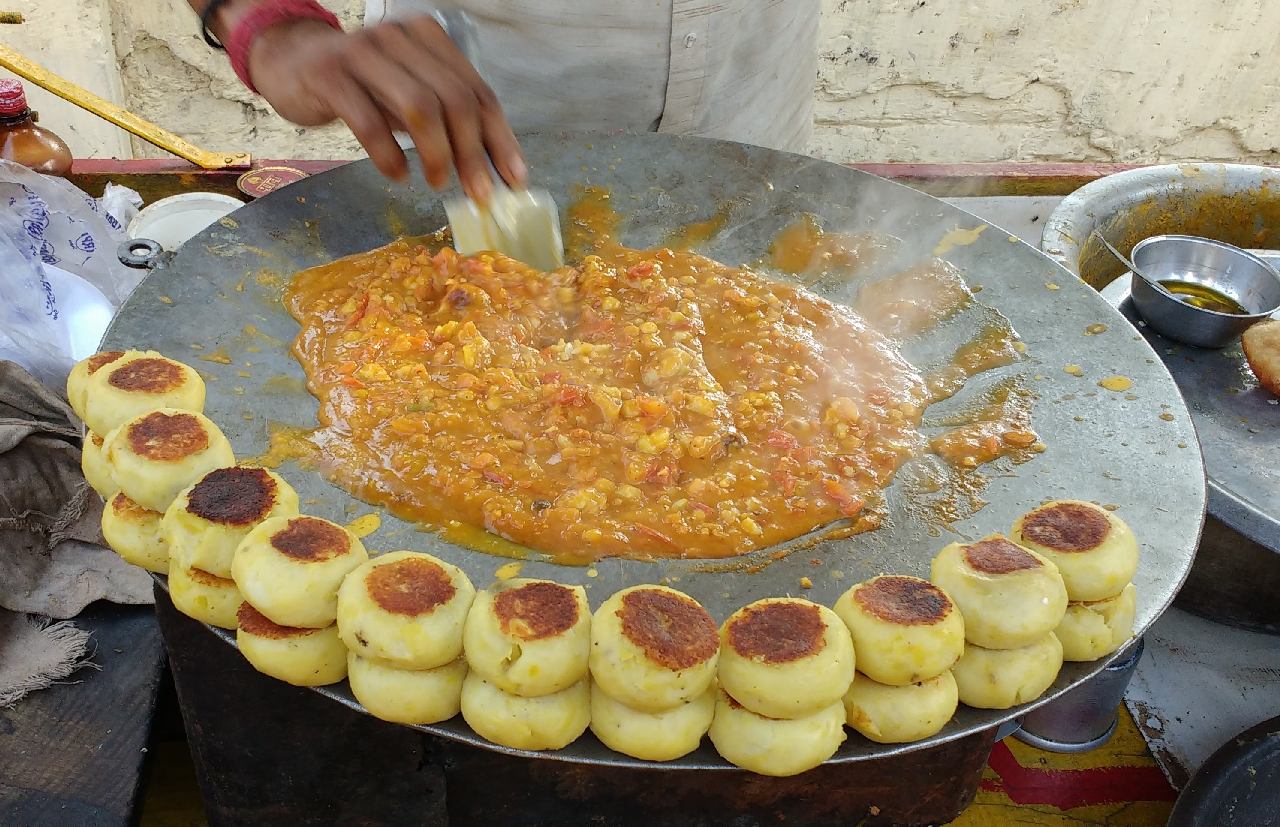 This food for the soul originates from the western state of Maharashtra. Pav bhaji really comes into its own further north in winter however: in a place like Maharashtra, where temperatures rarely drop into single digits in December and January, winter isn’t really a thing! Toasted white rolls (the pav) are dunked into a smooth blend of mashed potatoes, tomatoes, onions, green peas, and peppers (the bhaji) – with lashings of butter having been mixed into the bhaji before serving. Hearty and – possibly – healthier than your average street-fare, pav bhaji is pukka (first-class) grub!

Don’t say: I thought a bhaji was a fried onion pastry.

Panipuri, also known as golgappa, is probably one of the region’s most common street foods. In fact you can find varieties of this ubiquitous treat across India, and its exact origins are hotly contested. If you already know some Hindi you may recognise the words pani and puri, meaning water and bread respectively.

Don’t be put off; this isn’t as dull as it sounds. To make it, hollow puff-pastry balls are fried and then filled with a green-coloured spiced and peppery water, potatoes and chickpeas. It may look unusual and slightly messy to eat, but it’s very refreshing on a hot day.

Where you’ll find it: Mumbai, Delhi

Do say: Food fit for a king!

Don’t say: So where do these come from? 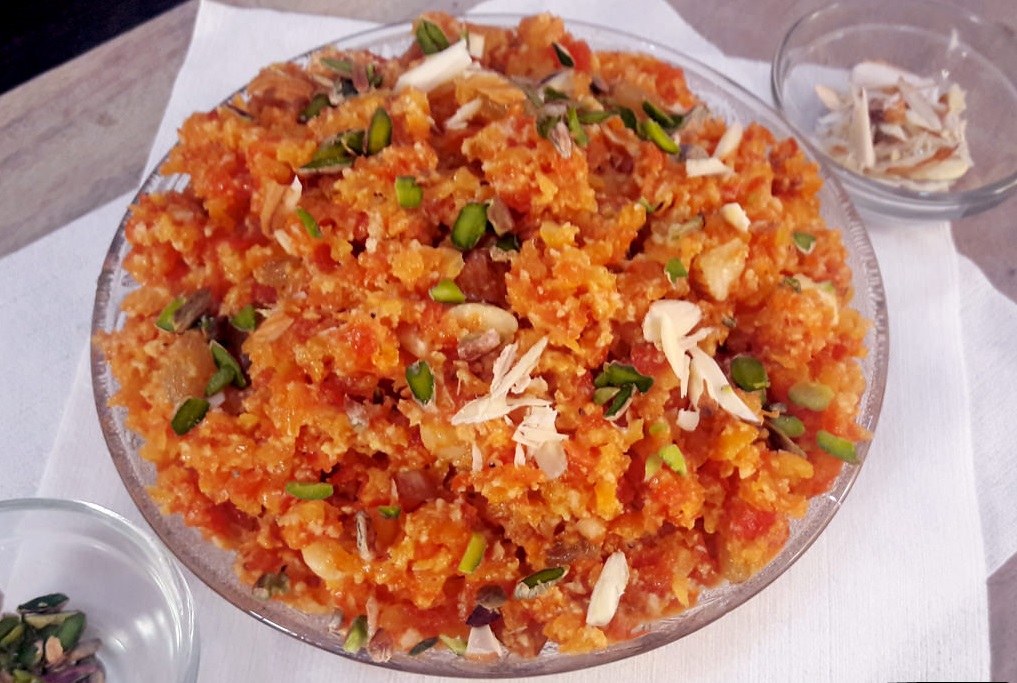 Grated carrots might not immediately sound like the most promising of starters for a sweet dish, but we promise one bite of this Mughal-era treat will have you hooked, even if eating mounds of it probably won’t improve your eyesight! Throw in some dates, almonds, raisins and sugar, pour in milk and gently simmer until it’s all absorbed, and you have the makings of an excellent pick-me-up if all that exploring has tired you out.

Do say: You can see why people have eaten this for hundreds of years.

If you’re travelling to the north-eastern state of Assam, then kudos to you fellow explorer! With such a keen sense of adventure and independence, you probably don’t need much advice on what to eat. But just in case, we recommend sampling some fried duck at a road-side stall. The people of Assam are confirmed carnivores, so you’re sure to have an authentic five-star experience without the eye-watering bill at the end.

Where you’ll find it: Assam

Do say: I’ll have a beer with that!

Jalebis – food worthy of a wedding 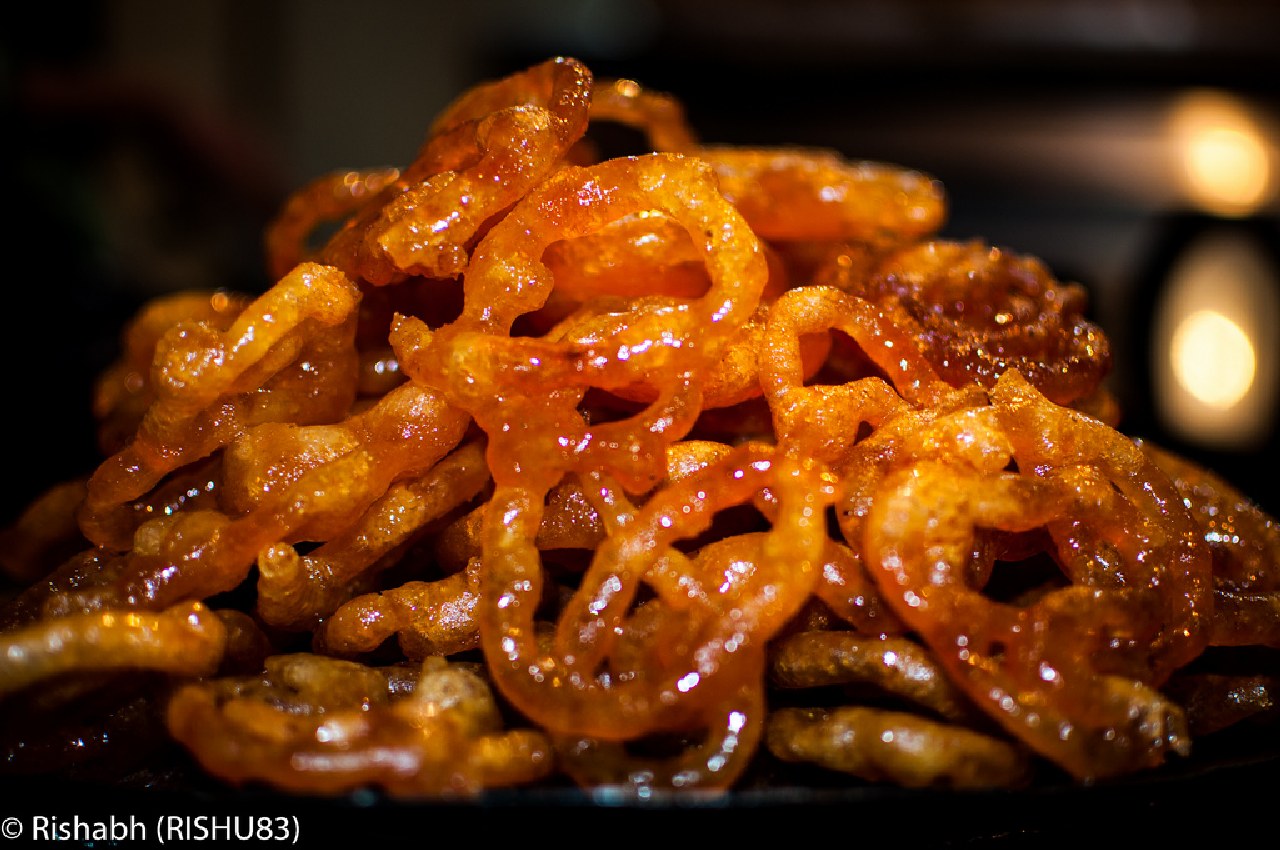 As distinctive a feature of the streets of north India as rickshaws, stray cows and chai stalls, these golden, glistening pieces of deep-fried syrupy goodness are the stuff of dreams for those with a sweet tooth.

Jalebis were brought from the Middle East and adapted over time –with spectacular results. They are a firm favourite at weddings and festivals, although we suggest not indulging in more than one or two if you plan on doing anything else for the rest of the day.

Where you’ll find it: Chandni Chowk in Old Delhi, a wedding (so long as you’re invited!)

Do say: These are much better than pretzels.

Don’t say: Not sure my dentist will be happy about this…

Kachori – food to keep you going 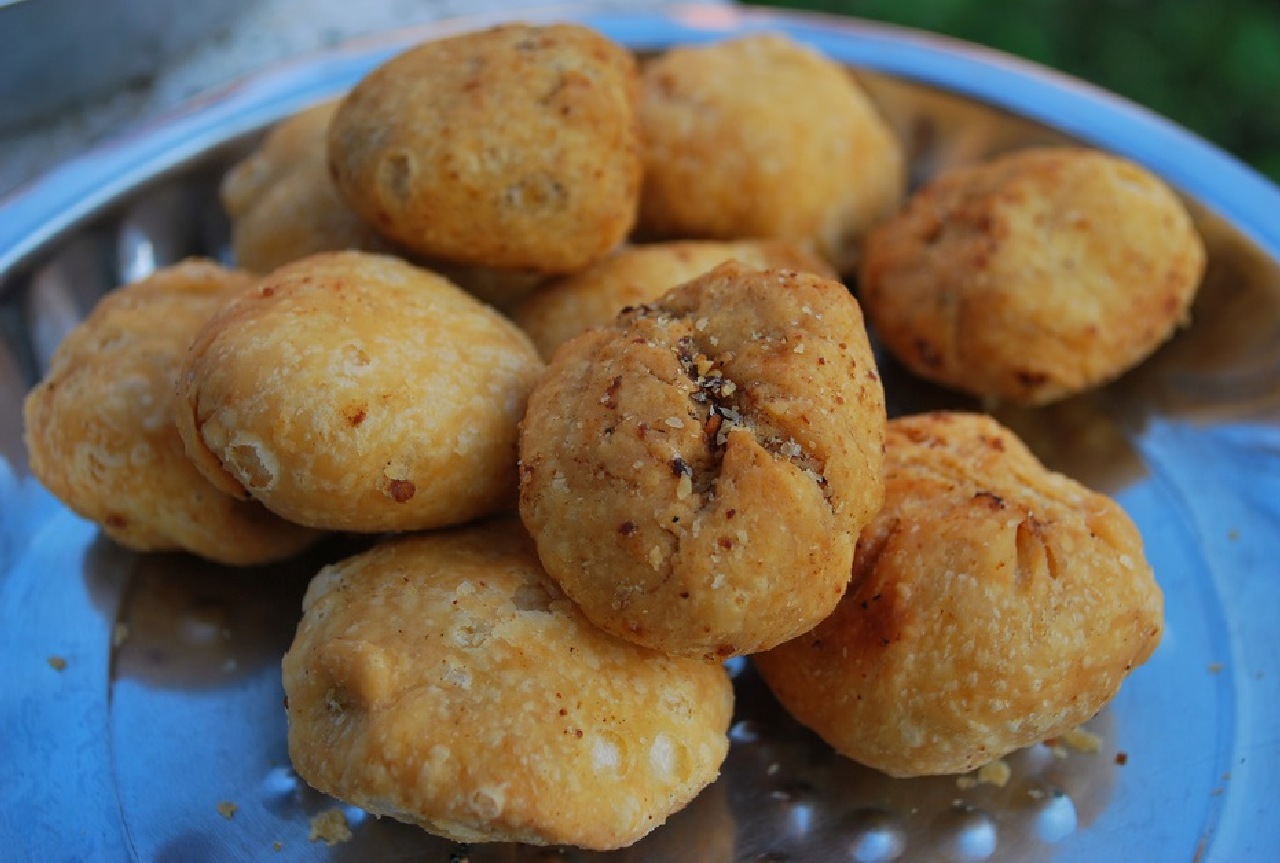 A Rajasthani classic, kachori are fried pastry discs which may be filled with lentils, potatoes, onions, or green peas, garnished with spices and often accompanied by a rich tamarind chutney.

Fairly light on the stomach, kachori are ideal snacks to keep you going as you take in the palaces, forts and markets of Rajasthan.

Do say: Sometimes the most satisfying food is the least fancy.

While you’re out exploring, or if you’re on a carb crawl, see if you can spot someone standing by a basket of sweet potatoes mounted on a stand, with lemons arrayed in a circle around the potatoes.

Heated by the coals burning below, a nutritious portion of diced shakarkandi (sweet potato) with lemon juice and masala will quickly quell any stomach rumbles.

Where you’ll find it: Delhi, or anywhere in North India!

Do say: This is guilt-free street food at its best!

The people of Lucknow are proud of their food, and with biryanis to match those of Hyderabad and kebabs whose flavour and subtlety give Old Delhi’s offerings a run for their money they should be.

These delicacies are eaten all year round in the City of Nawabs, but arguably the classic street food of Lucknow is makhan malai. Lovingly created by creating cream from cow’s milk, and then topping it with saffron, pistachios, almonds (and, if made overnight, a touch of morning dew), this frothy concoction is a dainty – yet just as gratifying – alternative to some of the heavier street foods out there.

Do say: Lucknow is surely the food capital of North India.

Aloo tikki – a smorgasbord of spices

These fried potato patties, laden with a smorgasbord of spices, green peas, and onions, are bite-sized nuggets of joy. There’s not much more to say – get munching.

Where you’ll find it: anywhere in North India! 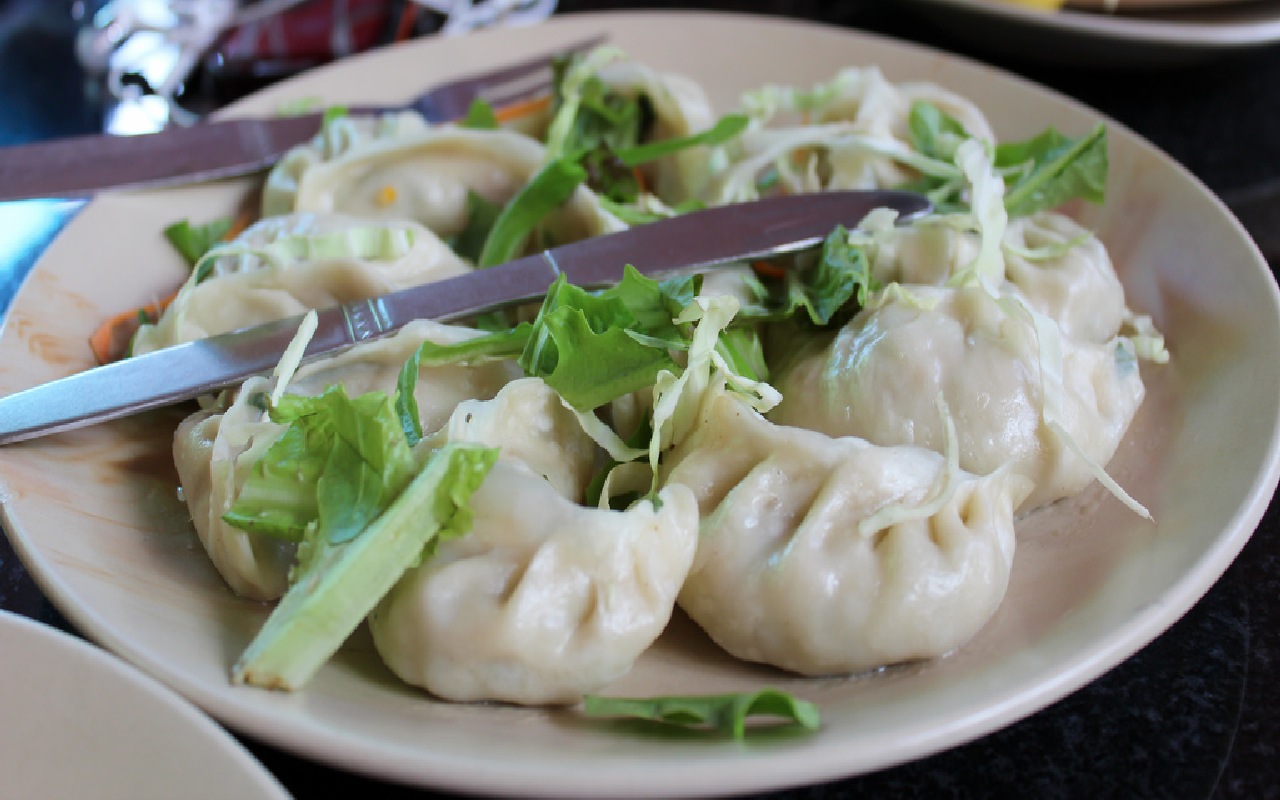 These famous Tibetan dumplings, packed with meat or vegetables and served with a generous portion of chilli sauce, are another fine example of how numerous culinary traditions have found their way into the Indian palate over the years.

It’s rare to see a momo stall without any visitors, and the steamed or fried versions are equally delicious.

READ NEXT: 10 Indian Festivals from Diwali to Vishu