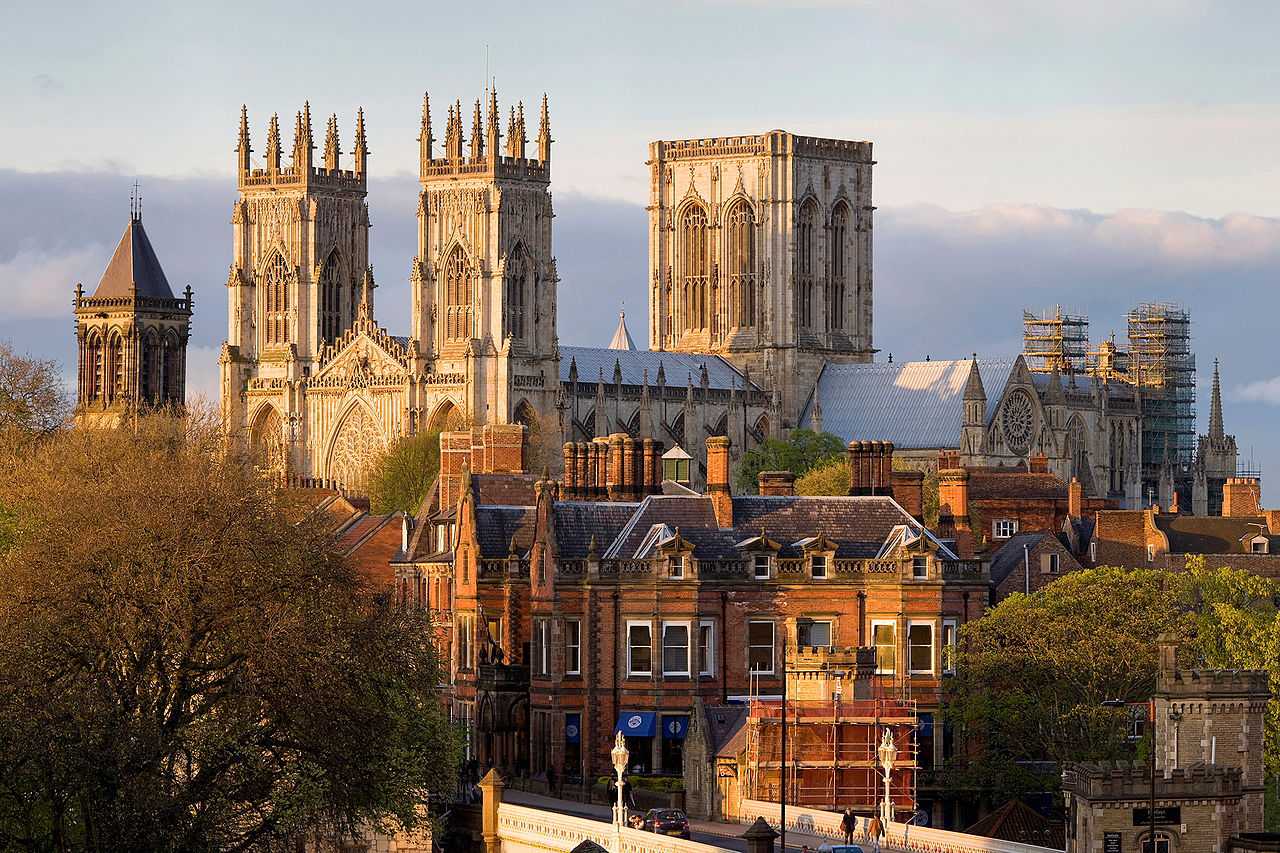 The ancient walled city of York has been crowned European Tourism City of the Year, and the safest UK city to visit. Yet the city’s long history has seen more than its fair share of action since it was founded by the Romans almost two thousand years ago.

It succumbed to a Viking invasion and drove them out almost 100 years later. It was the site of rebellions following the Norman conquest of England and a prolonged siege during the Civil War. Even Guy Fawkes, who famously attempted to blow up the Houses of Parliament in 1605, was born here.

Around the turn of the 20th century, York was a major railway hub, supporting the distribution of its well-known chocolate manufacturing brands, Rowntrees and Terry’s. 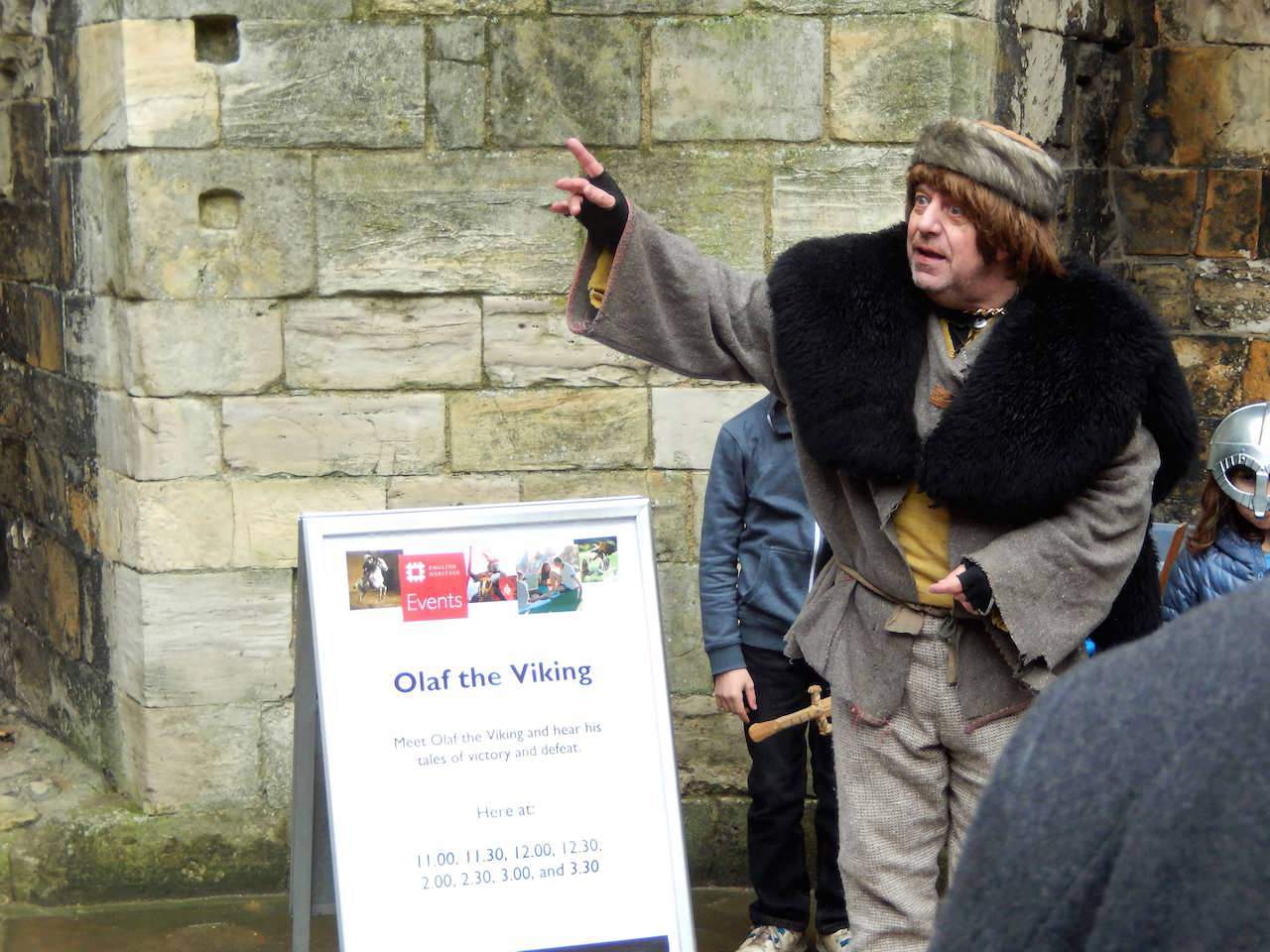 Start at Visit York’s excellent visitor information centre on 1 Museum Street, a short walk from the station to pick up a map of the city.

History buffs will love Clifford’s Tower. Constructed as part of York Castle, on the orders of William the Conqueror, it was used as a jail and prison until 1929. Climb the spiral staircases for a panoramic view over the city and enjoy animated talks from actors, who bring its tumultuous history to life. Tickets are £5 for adults and £3 for kids.

The highly entertaining York Dungeons are a treat for horror fans. A talented cast of theatrical actors guide you on an interactive 75-minute walking tour, delving into over two thousand years of real-life horrible happenings in the city, with more than a hint of black comedy. Tickets start at £16.95 and online discounts are available. 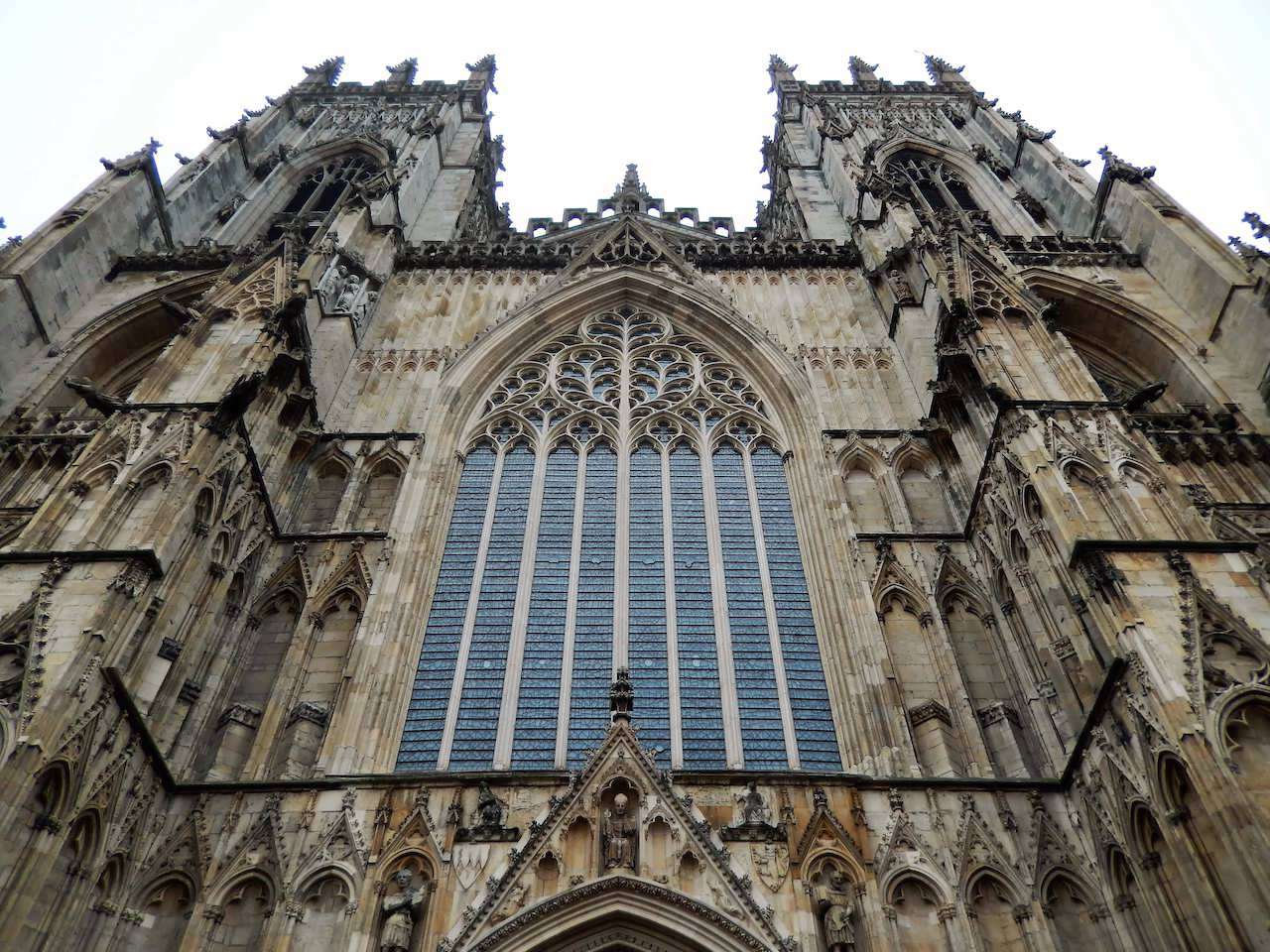 Grab your walking shoes and follow the curve of York’s winding, cobbled streets, dominated by the imposing York Minster Cathedral. Its well-preserved medieval walls are a popular two and a half mile walk.

York’s most famous street is The Shambles, which dates back to the 14th century. Formerly an open-air slaughterhouse or meat market, the butcher shops have long since closed on this quaint medieval lane, to be replaced with souvenir stores, boutiques and tea rooms. Outside of the city walls, the River Ouse offers picturesque walking opportunities. 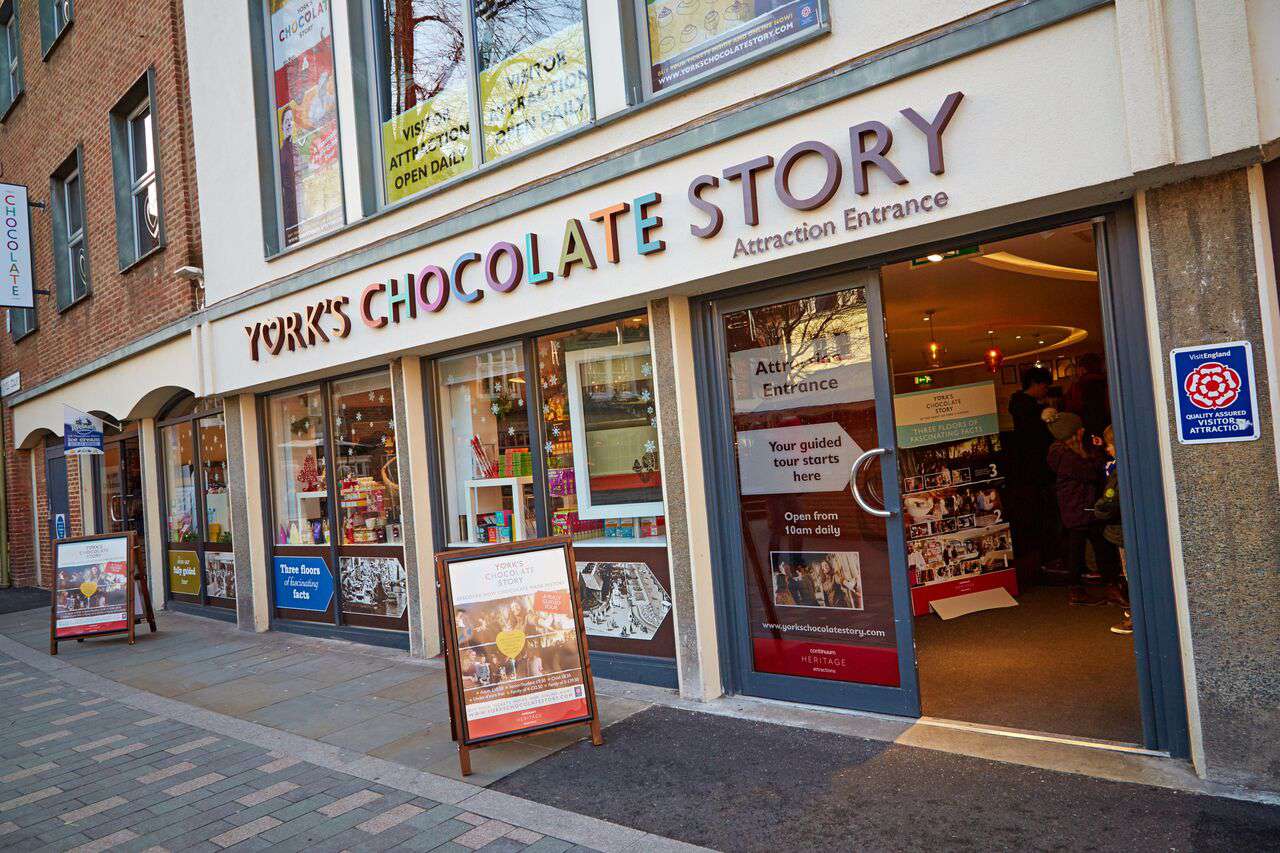 If you are a fan of KitKat bars or Terry’s Chocolate Orange, then York is your spiritual home because the city is the proud birthplace of many of the world’s best loved chocolate bars.

Rowntree’s Cocoa Works, now part of Nestlé, was founded in York in 1862 by Henry Isaac Rowntree, who ran the company with his philanthropist brother Joseph.

Another family-run chocolate manufacturer was Terry’s of York, creator of the famously spherical chocolate orange treat and the All Gold selection box.

Chocolate lovers should head straight for York’s Chocolate Story for an opportunity to taste the good stuff, while learning its history presented by passionate guides and high-quality interactive productions. 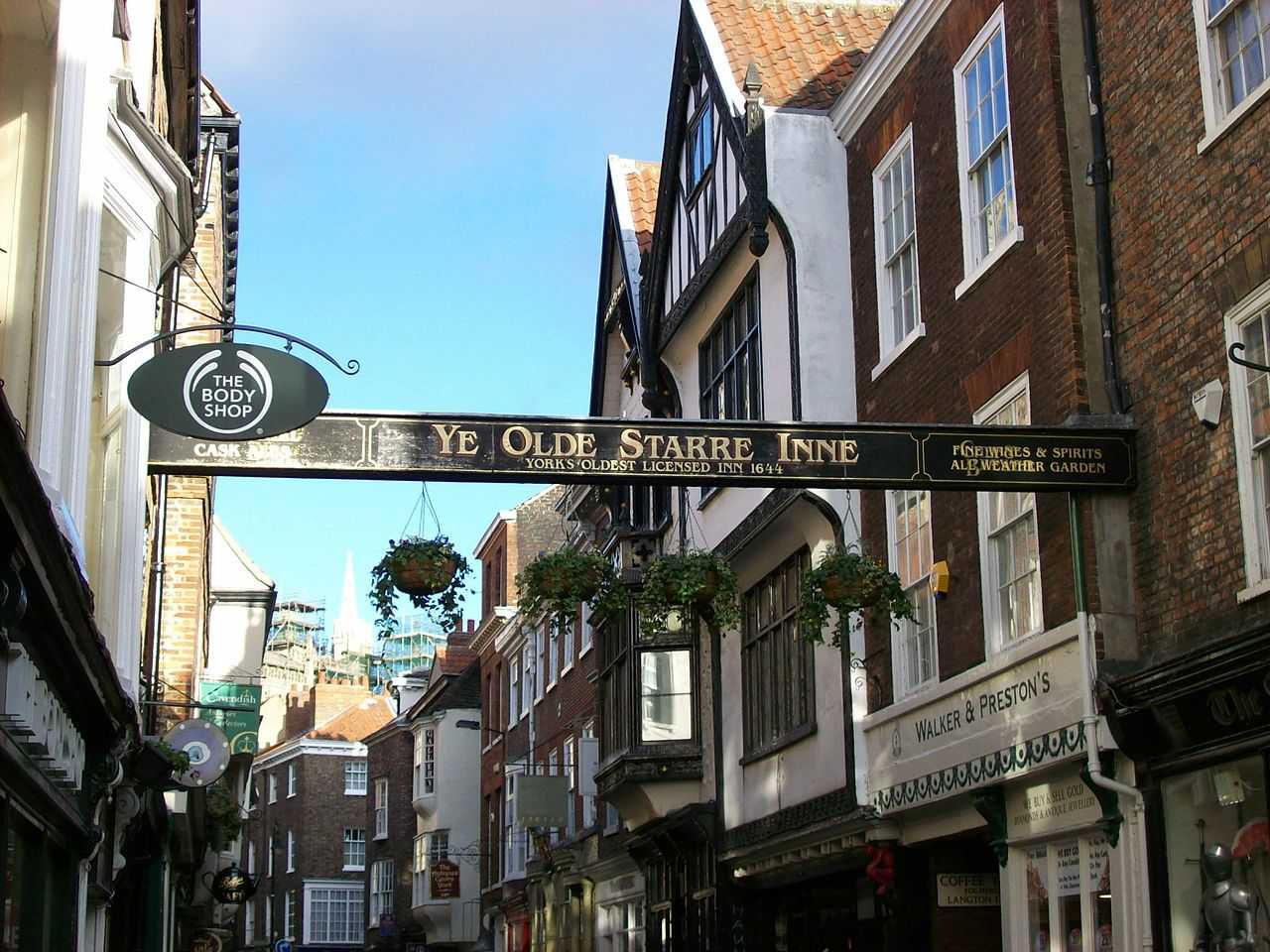 Rumour once had it that York has a pub for every day of the year. There may not be 365 of them, but there are certainly plenty to choose from if you fancy a tipple: a 2016 census revealed the city has over 200 pubs, serving 328 different types of real ale.

Some of these public houses are hundreds of years old, including Ye Olde Starre Inne – look out for its sign, which dates back to 1733. Every summer, the city hosts the Assize of Ale, a medieval-themed pub crawl to raise money for charity. This tradition dates back to the 13th century, when a UK law known as Assize of Bread and Ale was introduced to regulate the production and sale of bread and beer – the first of its kind for British food products.

York has only one five-star hotel, The Grand Hotel & Spa, which opened in 2010. It is centrally located, on the site of the impressive turn-of-the-century North Eastern Railway headquarters. Inside, original features include arches, marble fireplaces and leaded windows. The spacious, high-ceilinged rooms start at £133 per night and some offer enviable views over the city. To make the most of your stay, look out for packages including Grand Afternoon Tea and full use of the hotel’s spa facilities.

For more affordable options, use the search form below to check availability and prices:

As railways are such an important part of York’s heritage, it’s surely the most apt – and elegant – way to travel to the city. Direct trains from London Kings Cross take just two hours and advance tickets are available from £12.80 one way with Grand Central Rail. Arrive into York’s stunning Victorian railway station and start your visit in style.