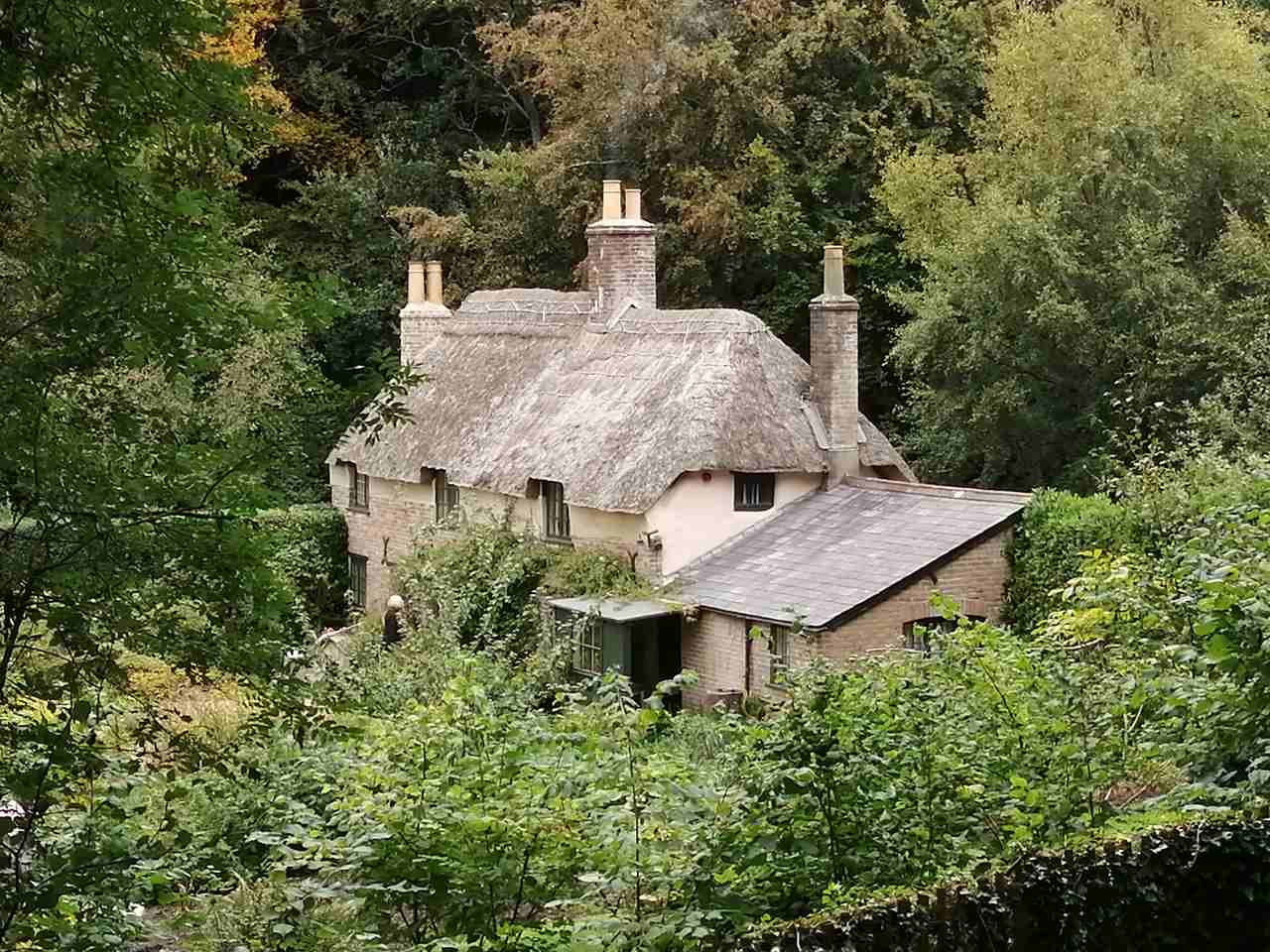 The short walk through the flower and herb garden up to Thomas Hardy’s cottage reminded me of holidays spent at my father’s family summer home alongside the wild Atlantic coast of Ireland’s County Mayo.

The Dorset cob and thatched structure was two storeys and resembled that blissful place where I played Gaelic football outside for hours with my cousins Mattie and JT.

The joyful atmosphere was also the same, that of an inquiring young boy immersed in a loving family and surrounded by the wonder of nature’s animals and plants – a vision that diverged, in Hardy’s case, only by his builder father’s ramshackle garden which, at the time, was also filled with the bricks, beams and other paraphernalia of his trade.

My feeling of a connection continued as I stepped inside and saw the familiar open fire and kitchen where his mother had cooked family meals and the small bedroom where the future great author had first ventured into the world. 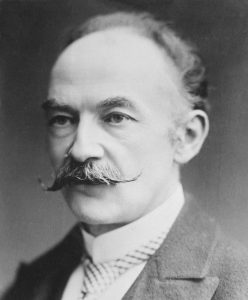 My visit to the 1800-built cottage came as I followed the Thomas Hardy Trail through his beloved Dorset, which features throughout his books and poetry and remains one of England’s most unspoilt rural counties.

As a teenager born to Irish parents and growing up in Lincolnshire, I spent many troubled hours in my tiny back bedroom swotting over Shakespeare’s King Lear and Chaucer’s Canterbury Tales that virtually killed off any early hope that I would learn to love their writing.

Though, studying Hardy had the opposite effect: my pre-exam dissection of the characters, themes and sheer drama of The Mayor of Casterbridge created a lifelong love of his work  – including two County Mayo holidays in which his books were my obsessive holiday reading.

So it was with huge excitement that embarked on the Dorset Trail, a remarkable meander through many of the places that feature in those works as well as in the life and loves of his own life, troubled and complex enough to have featured as one of his fictitious plots.

My base for this tour, appropriately enough, was an idyllic holiday cottage that might have sprung from the pages of Hardy Country itself 150 years ago. 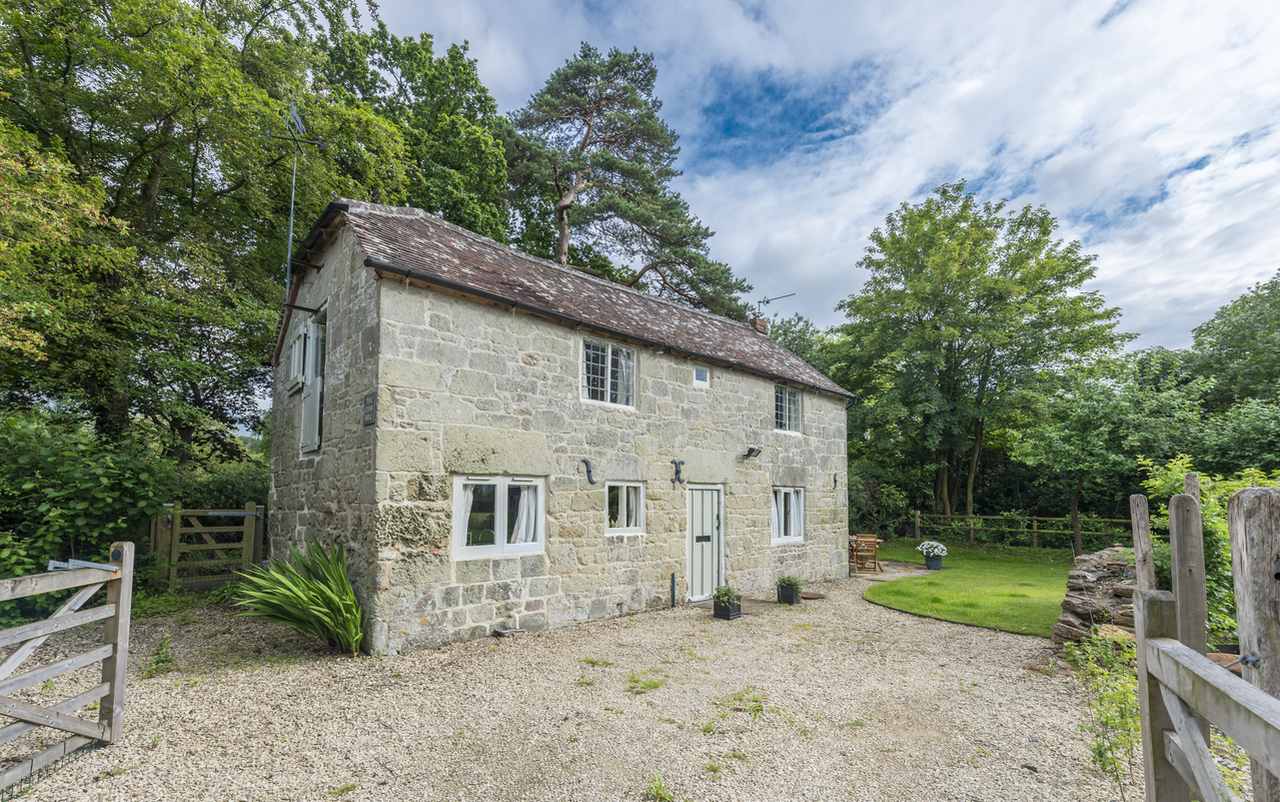 The Cider Mill in Motcombe, a great base

Arriving with my photographer and partner Sue Mountjoy, we had the perfect haven in the ancient and beautifully restored Cider Mill framed by mature trees in the tranquil village of Motcombe, just a couple of miles from Shaftesbury, and close to the heart of the author’s green and luscious stamping ground, the famous Blackmore Vale.

As we drove up, a lively wedding was in progress next door, at St Mary’s Church, where Sue and I admired a scene of local farming people enjoying a tradition which would also have changed little in since Hardy’s early 19th century vistas.

Strangely, it felt like the author himself was reaching out and presenting us with a scene which featured so often in his great novels, the wedding, and all its dramas, followed by the joys of married life and the tragedy of forsaken love, treachery, bereavement and fallen grace.

Tess, Jude The Obscure and The Woodlanders

Hardy drew from far and wide all over his Dorset (Wessex) home county for novel locations, often inventing fictitious names for places, but we opted for the northern area as it was such a huge inspiration and the base for his final three books, Tess, Jude the Obscure and The Woodlanders.

And so it was that Sue – a ‘moderate’ Hardy enthusiast – and I plunged into a mixed driving and walking tour of a place that has changed so little since he was a born there 179 years ago.

It was highly evocative to start with the National Trust’s Bockhampton cottage, where the sickly baby Thomas was born on June 2, 1840, apparently stillborn until he finally screamed into life, and where his bookish mother and music-loving father nurtured his aptitude for writing, playing the violin and art.

That artistic coaching took him to London where he became an architect, before returning to Dorset and publishing the successful Under the Greenwood Tree, featuring his old school in the village. 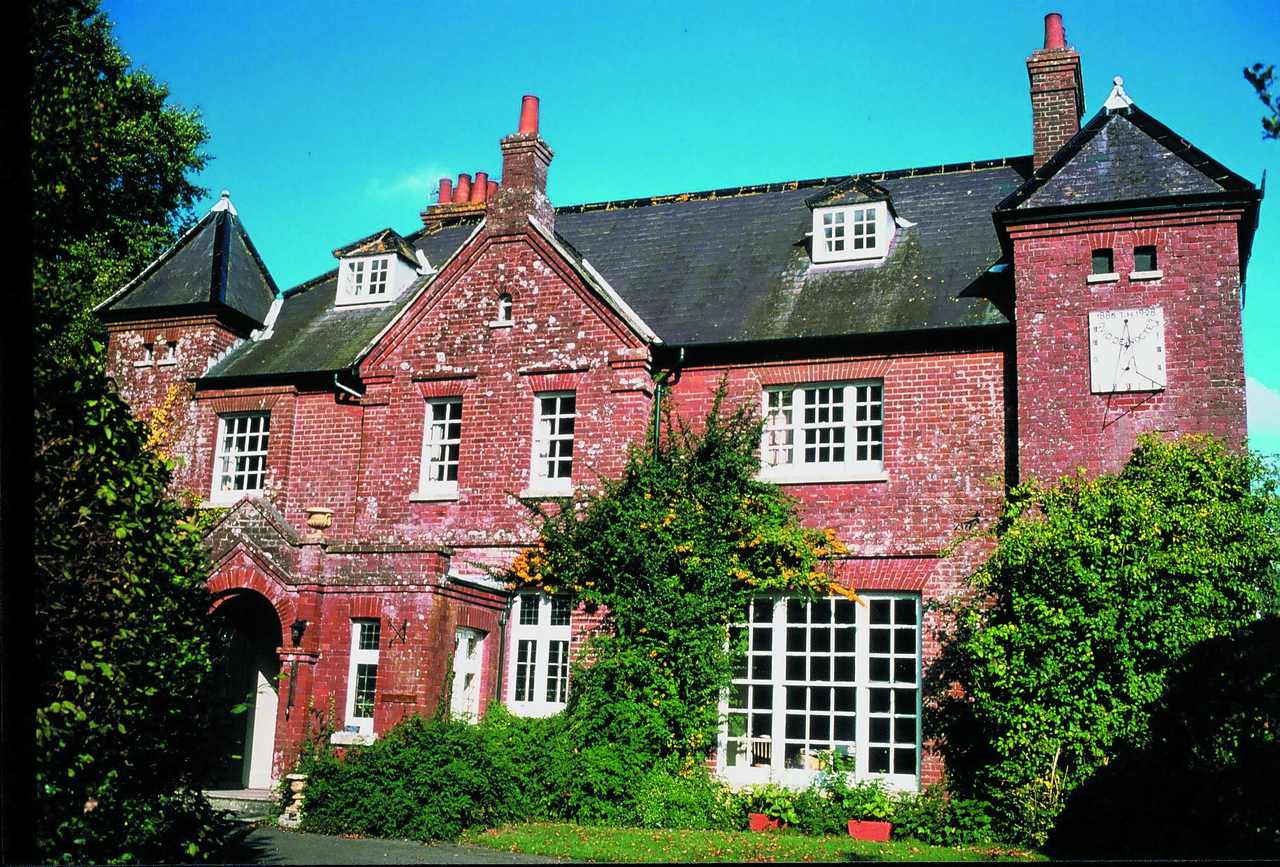 Our next stop was another National Trust property, Max Gate, the Dorchester house he designed and lived in for 40 years and where he wrote and published such greats as Jude, Casterbridge, The Woodlanders and Tess.

It was also where he lived with the two women that he married. The first, Emma Gifford, a Cornish vicar’s daughter could not cope with the racy nature of some of his works, including the controversial Jude (nicknamed ‘Jude the Obscene’ by Churchmen) and, despite their deep, mutual love, she lived apart from him for many years in the upper part of the house.

After her much-mourned death in 1912, Hardy never recovered and turned to poetry, living for a further 14 years at Max Gate, after marrying his young secretary Florence Dugdale, until his own death in 1928.

From the house Sue and I would have headed next to Dorset County Museum, in the centre of the town, to see its renowned displays of his working area as well as books, photographs and manuscripts. But a major redevelopment there means that it will not reopen until next summer.

Instead, we made for a place which epitomises the sadness that overshadowed his later life. With his mind haunted by the loss of Emma at the time of his death, his remains were interred, by national acclaim, at Poet’s Corner in Westminster Abbey, but his heart, however, was buried beside her, in St. Michael’s Church, Stinsford, less than a mile away from his birthplace, which provided us with a highly emotive step on the Trail. 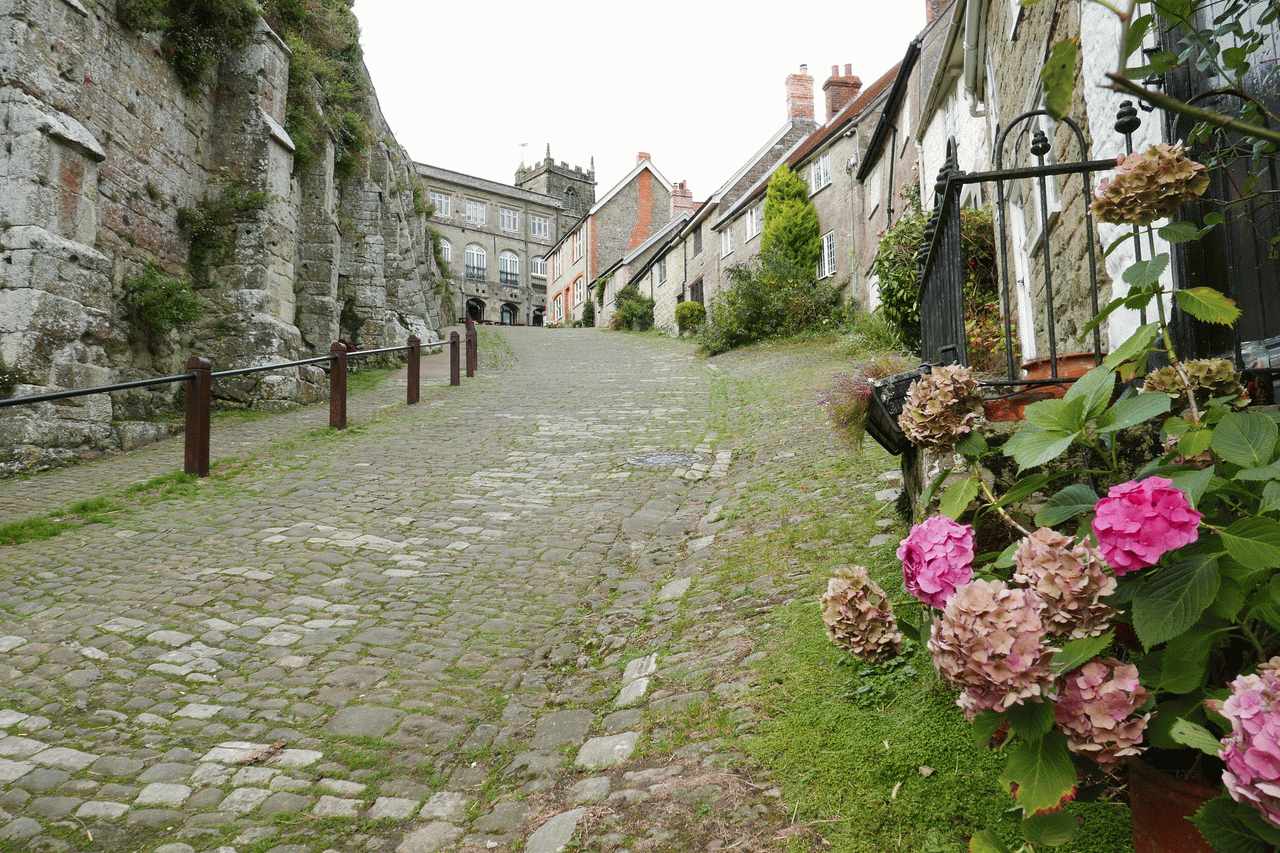 Gold Hill. This was made famous when it appeared in a Hovis advert

In our subsequent days at the Cider Mill, a true haven of rural peace, our journeys took us far and wide; to Blackmore to view the honey stone cottage of Marnhull where Tess lived; to Shaftesbury (famed for its Gold Hill, featured in TV Hovis ads) and its leading role as ‘Shaston’ in Tess and Jude the Obscure; to Sherbourne (Sherton Abbas) for the Far From the Madding Crowd market place and the 15th century abbey from The Woodlanders.

Another Tess stop-off for us came at Evershot (Evershed), so pretty it could have dropped from the book’s pages and was a location, like Sherbourne market place, in the 2015 film version of Far From the Madding Crowd, in which The Acorn (which was renamed The Sow and Acorn) also features.

Bearing in mind Hardy’s final troubled years, one trip had to be made to Sturminster Newton (Stourcastle) where, for two years, he lived at Riverside Villa and had the happiest time of his life, writing The return of the Native and poems including Overlooking the River Stour and On Sturminster Footbridge.

It was at that idyllic spot that we ended our journey of emotion and fascination with the times and works of a writer who dominated the best-seller lists, but evoked in his work much of the passion, pain and unfulfilled loves of his own life.

It was there, too, that the writer’s own words summed up our trail in his footsteps and, perhaps, his own joy of nature and his beloved Wessex home watching “swallows fly in curves of eight, above the river’s gleam.” Perfect.

STAY:  Dorset Hideaways are offering the Cider Mill, Dorset in the tranquil village of Motcombe from £400 for a 3-night stay this month (February 2020).

Underwater love: How to seduce a Grouper fish at Bear Grylls Adventure