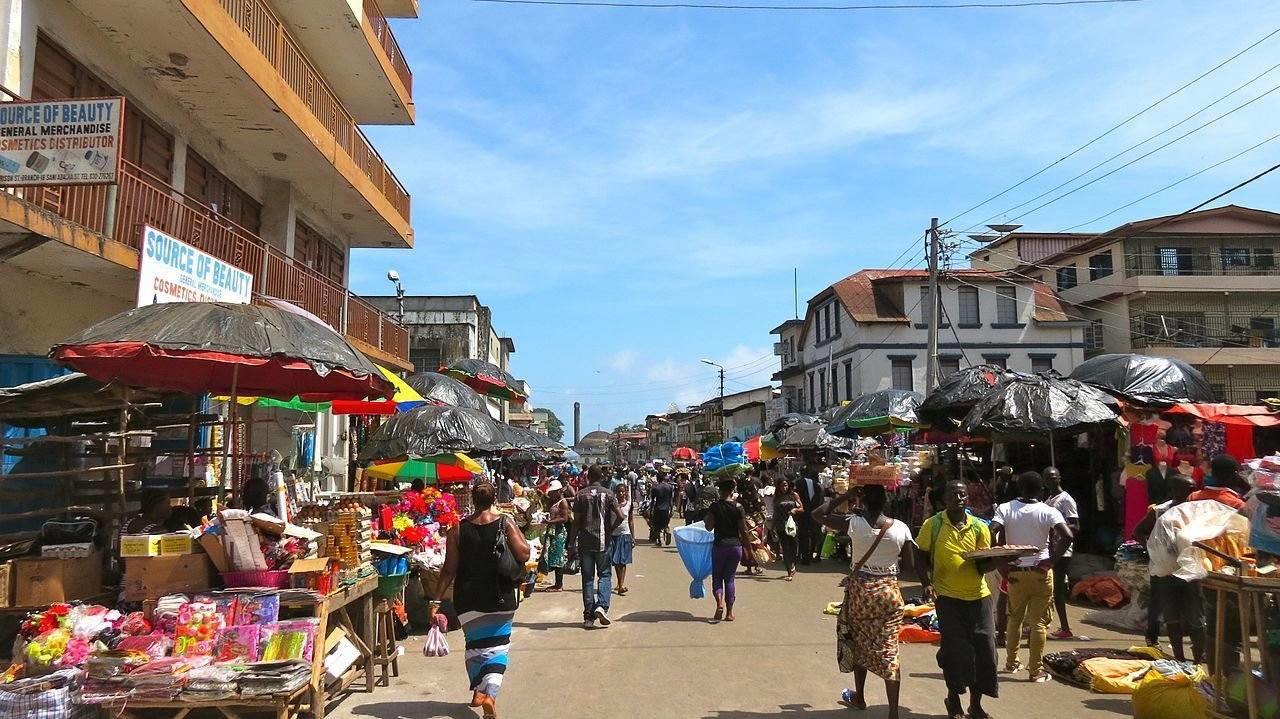 The streets are still quiet in Sierra Leone’s capital, Freetown, and the market stalls still bare. The many churches along the street have their doors open wide with suited men and women popping in and out before work.

As I raise my lens towards the yellow-orange paintwork of the neoclassical Courts of Justice, a passing local laughingly says “the white man always snap snap”. “I no snap snap you, o” I reply smiling, “I’m not photographing you!”

Go beyond the news headlines and you’ll find Sierra Leone is a nation of staggering natural beauty, intriguing history and heartfelt vibrancy. Nowhere encapsulates this as well as its capital.

Poor though it may be in places, Freetown is also startlingly welcoming to the few visitors who make it here to explore the fascinating relics of the country’s birth and experience one of West Africa’s most dynamic cities.

Exploring the Cotton Tree and downtown

The Cotton Tree has been the centre of Freetown since its foundation as a (soon-to-be colonised) self-governing nation of freed slaves, and is the perfect place to begin exploring the historic downtown area. Positioned at the centre of an easy-to-navigate grid of streets, it is the heart of not only the modern city but also the historic one. It was around the Cotton Tree, draped with an ever-chattering colony of fruit bats, that land was first cleared to create Freetown. 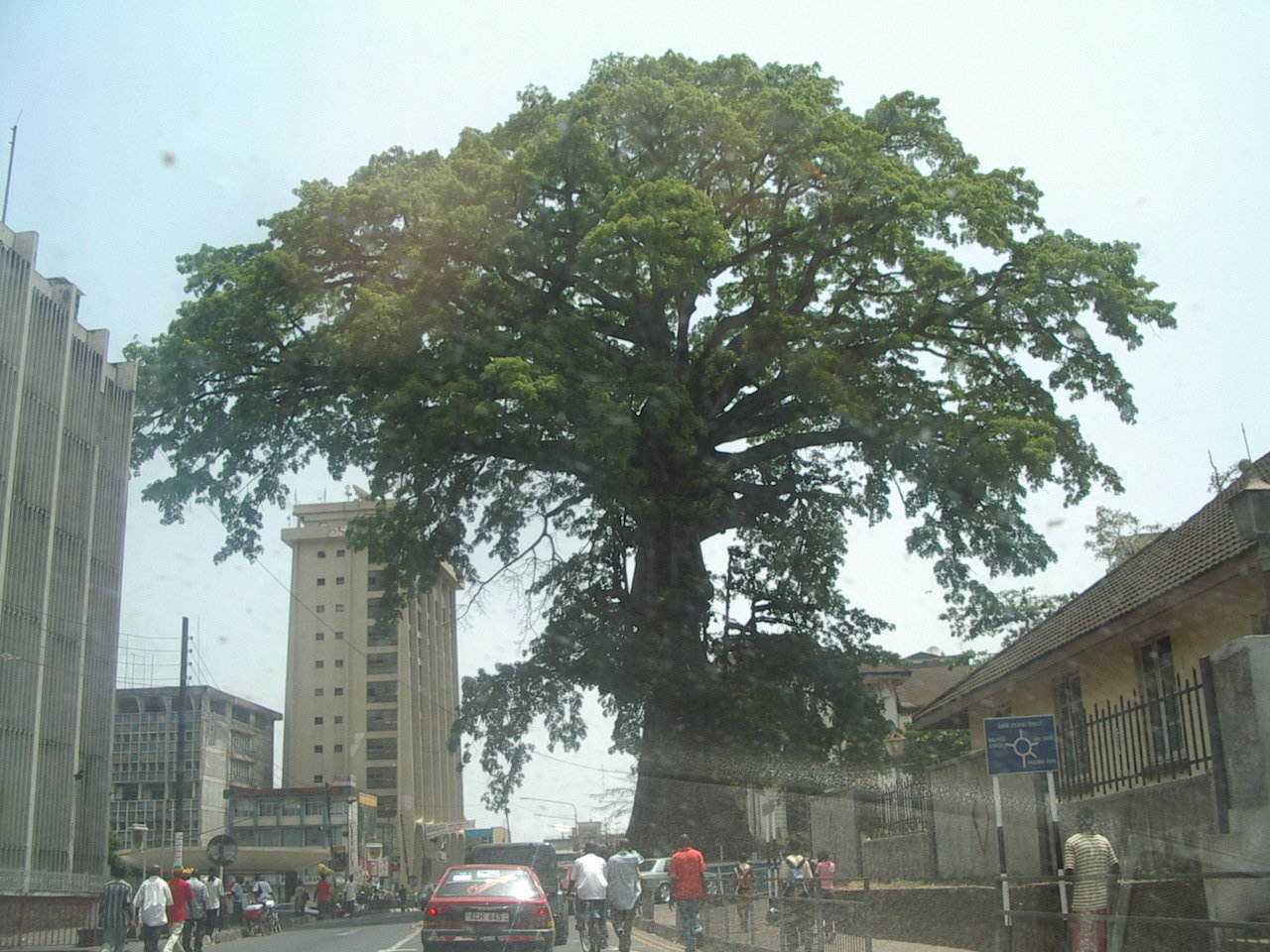 The 380 freed slaves that left the slums of London in 1787 landed where the Old Wharf Steps (often incongruously called the Portuguese Steps) are now sited. These freedmen formed a new community, with their own language, that came to be known as Krio. Based on eighteenth-century English (words such as vex still abound), it has a beautiful simplicity and cadence.

It’s difficult to describe the awesome magnetic vivacity of the downtown area. It’s colourful; hectic, but rarely threatening; rough around the edges yet homely. Smoke trails infused with the scent of recently-cooked meats rise from the charcoal braziers of street hawkers. 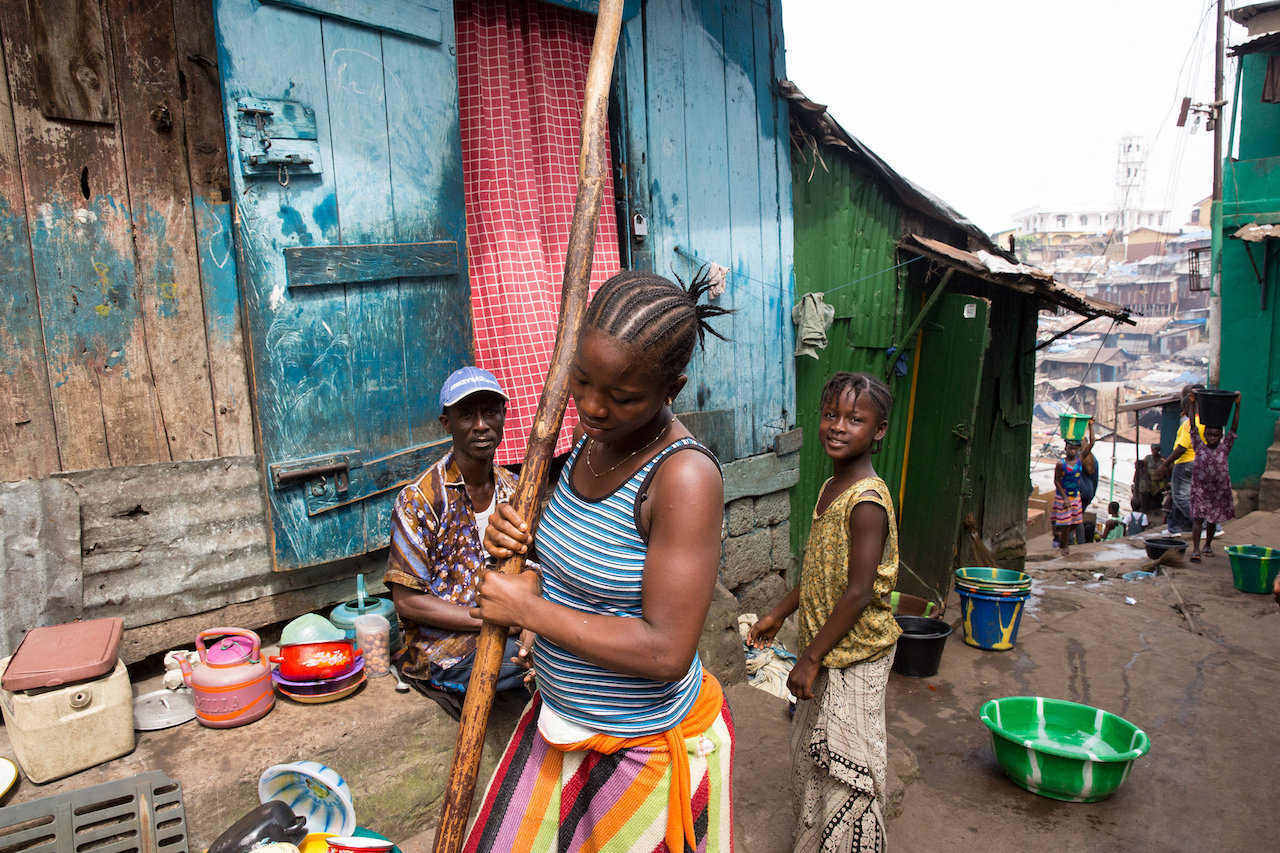 Elegant women wearing the bright designs of traditional wax-cloth pass by like princesses, large trays of oranges balanced on their heads. Roughly-hewn market stalls teem with goods: beauty-products imported from the Middle East, slippers (flip-flops) from China, and books from around the globe.

Getting to grips with history

Amid the post-independence building boom there remains the traditional and often brightly-coloured wood-slat architecture of the Krio (a style particularly evident on Pademba Road). Some of the earliest colonial architecture comprises two gateways. The Lion Gate of State House, is difficult to see for the security around the seat of government. The King’s Gate at the Connaught Hospital is more easily reached, and originally designed as the entranceway to a holding pen for new arrivals undergoing quarantine.

Britain’s involvement in the colony can be further uncovered at the National Museum. When I visit, a witchdoctor takes up most of the pavement outside. Housed within the defunct Victorian-era railway station (trains no longer serve the city, but a fantastic volunteer-run railway museum exists at Cline Town), it’s collection includes life-sized ‘devils’, traditional masks and a fascinating series of photographs from the early days of British Freetown.

Freetown is not known for its culinary marvels and getting a good chomp can seem a daunting task. However, even beyond the hotels good food can be found. For a quick snack, nothing can beat the tropical fruit that sails past on the heads of women sellers, be it paw paw (papaya), banana, jelly (coconut) or starfruit. The pineapple is the best I’ve ever tasted. 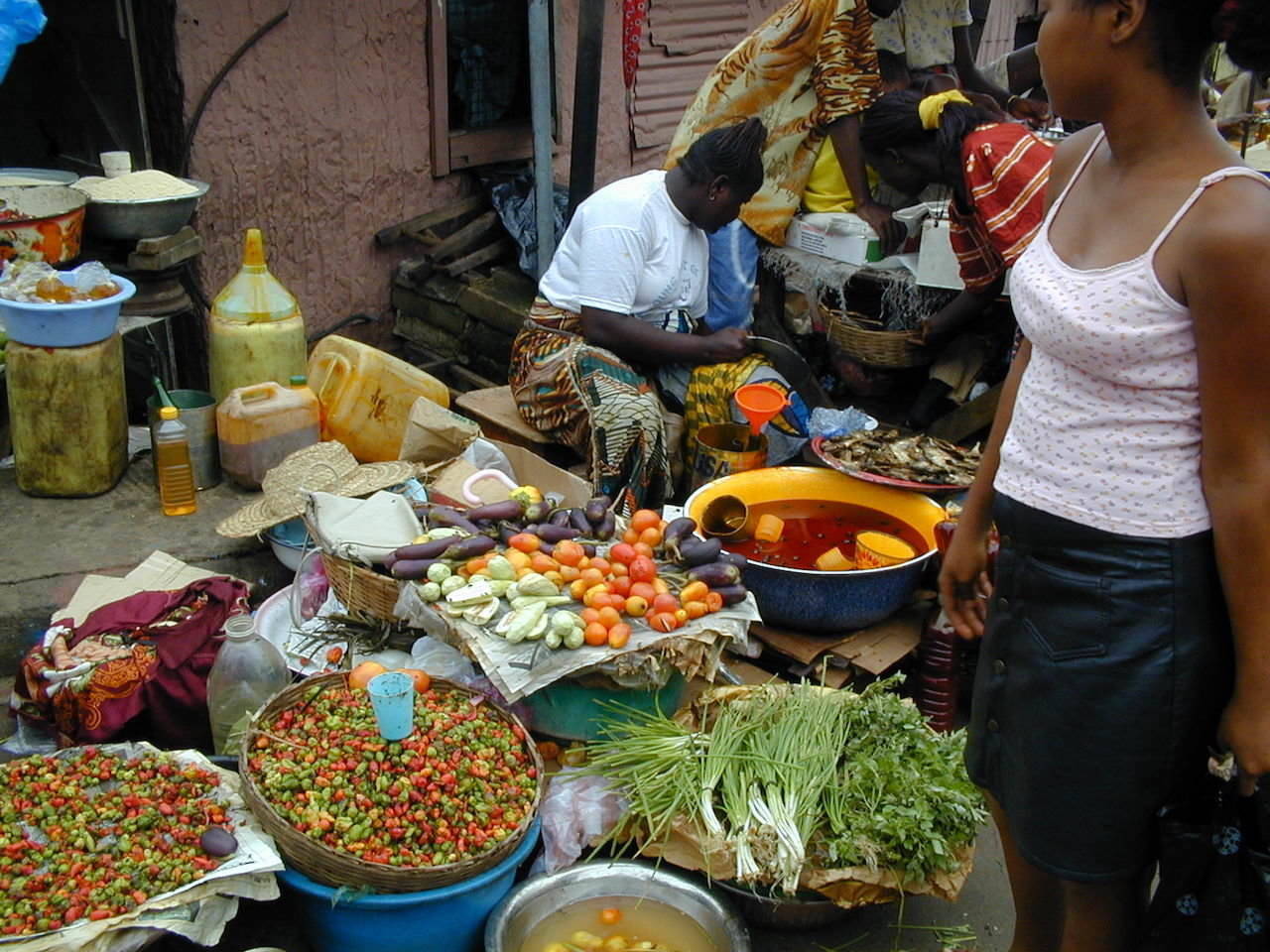 Though it may not look like much from the outside, the Crown Bakery on Wilberforce Street is something of an institution. Don’t be surprised if you bump into a cabinet minister or the head of an international organisation here.

Head for the beach

On a spit of land to the west of downtown stands the orange sands of Lumley Beach. More staid than in its heyday, the beach as well as its bars and restaurants remain popular with locals on the weekend. During the week, you’ll likely have the whole five kilometre stretch to yourself. 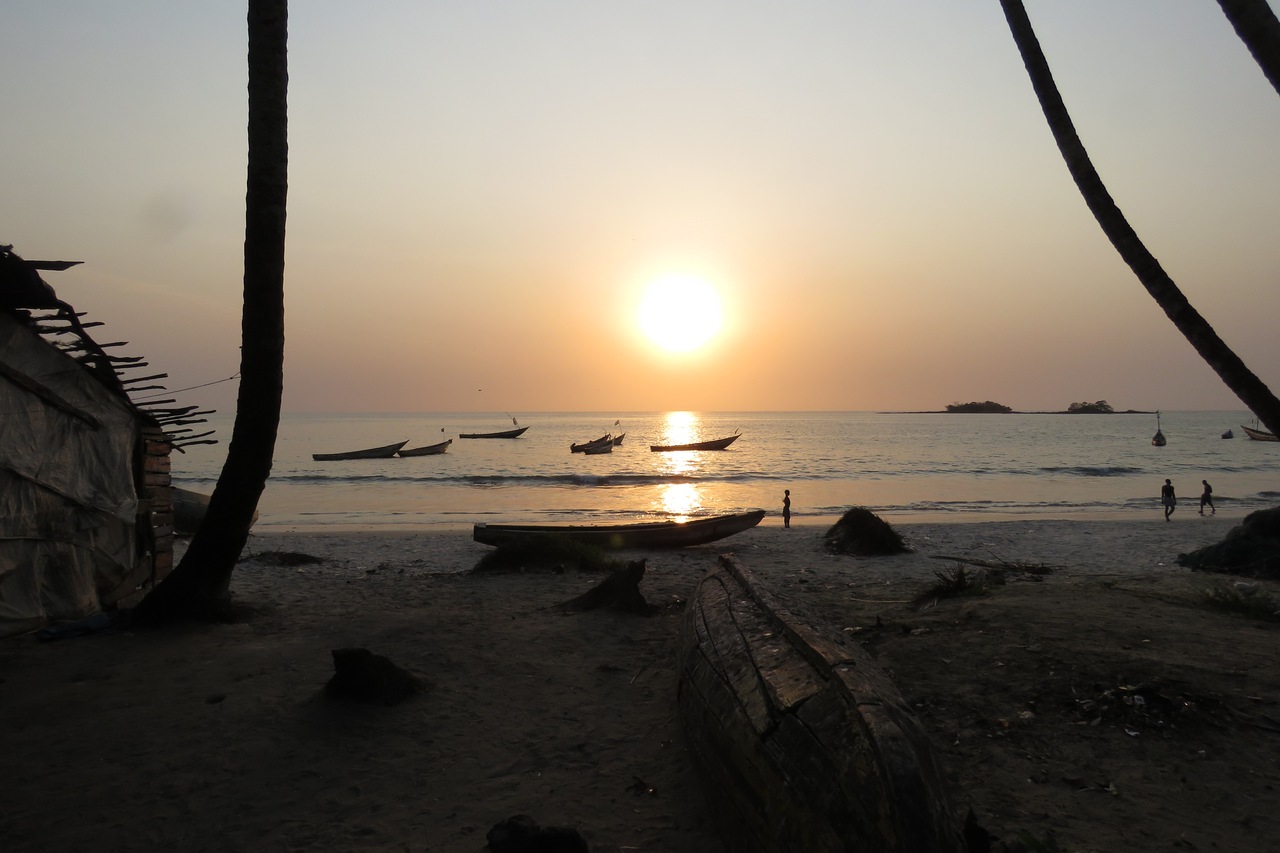 Further afield, you’ll find the beach resorts of Tokeh, Bureh, and Kent (just two hours from the capital by taxi along good roads and beautifully verdant mountain forests). Facing west, they are great places to watch the sun go down, shoes off and drink in hand. The restaurants often have freshly-caught lobster for the price of a couple of London cocktails.

It’s never hard to find a market in Freetown. Beyond the imported products already mentioned, Victoria Market is particularly good for wax-cloth. For souvenirs, head to Big Market on Wallace Johnson Street. The de facto tourist market, amid the mass-produced wooden rhino and elephant carvings are some real gems. Haggling is a way of life here, so expect a jocular trade.

Unlike other West African capitals, when the sun goes down the fun doesn’t stop. It’s well worth seeking out the National Dance Troupe if they’re performing. Alternatively, the nameless bar generally referred to as Quincy’s is a popular hangout with the expat population – a fascinating group of Europeans from all walks of life – though venue hopping during a night out is something of a rite of passage, as is staying up till dawn.

A number of airlines fly to Freetown including KLM. The best value is generally Royal Air Maroc, via Casablanca.

⇒ Read next: Rwanda: shaking off the past and embracing tourism