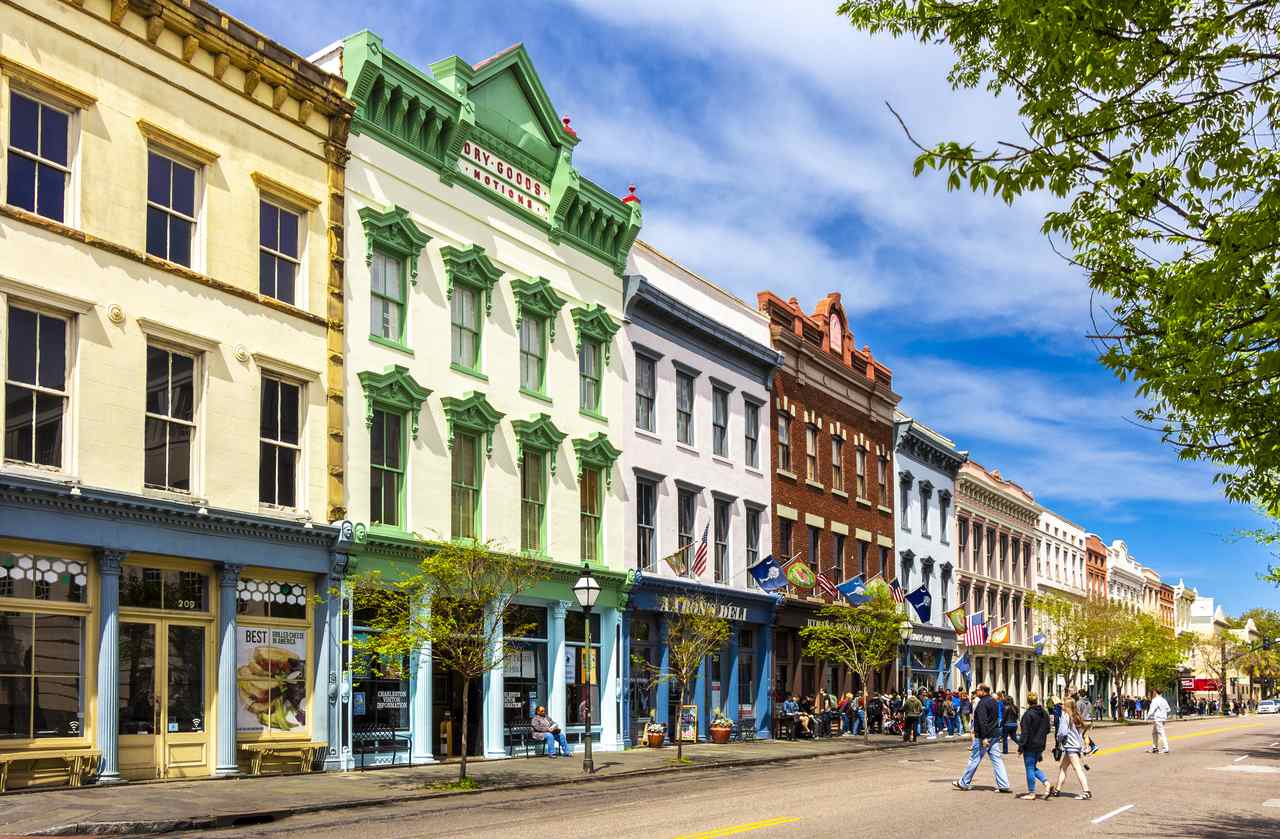 The small city of Charleston in South Carolina oozes old-world charm, is rich in history and renowned for its ravishing mansions, culinary delights and southern hospitality. You’ll soon see why it’s called “the best mannered city in America”.

In Charleston Spring is the season for romance: magnolias and azaleas are blooming and late spring evenings can be balmy enough for candlelit dinners al fresco. Autumn is a good time too. In the sultry summer you’ll want to escape to the beaches south of the city. In winter daytime temperatures hover at around 60F (though it can be chilly), the crowds subside and hotel prices fall.

At any time of year the classic way of seeing the city is to hop on board a horse-drawn carriage and clip-clop your way along cobblestoned streets. It’s fun with entertaining commentary from your guide (more likely on infamous Charlestonians than historical data), but you will see far more on foot. 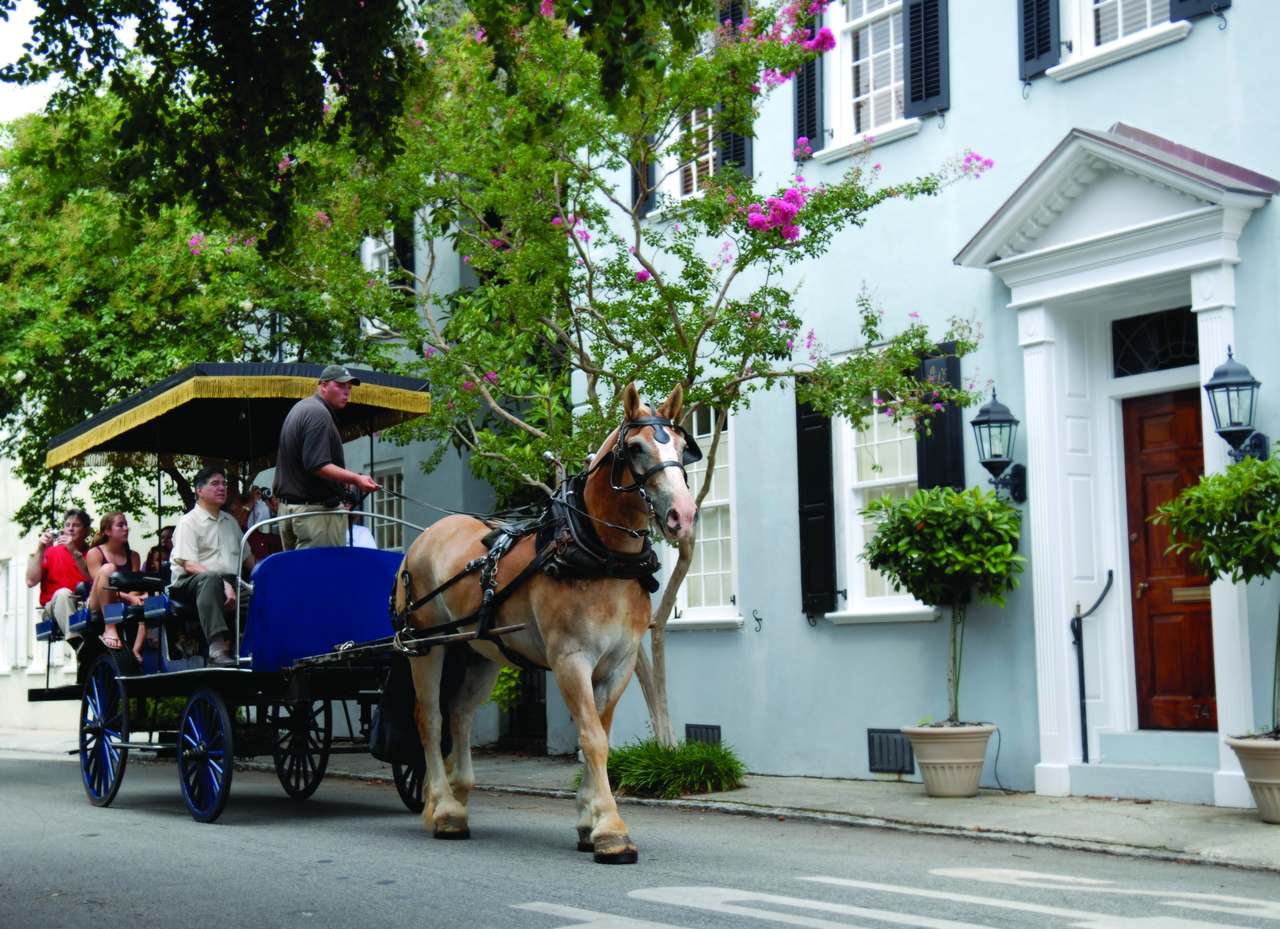 Wherever you go, whether it’s merchants’ mansions, fortifications, museums or gardens, there are constant reminders of the city’s past.

Founded by English colonists in 1670 as Charles Towne, named after King Charles II, the city has a long and complex history. It was a key player in the country’s history from colonial times to the Civil War and by the mid-18th century had become hugely wealthy from the cultivation of rice and cotton. Around 40 per cent of the city was built on slave labour and South Carolina was a hotbed of secession. On 12 April 1861 Confederate soldiers fired on Union-occupied Fort Sumter, signalling the start of the Civil War.

Charleston is a city for strolling

Historic Charleston’s leafy streets are lined by immaculately-restored houses, in Georgian, Italianate, Colonial and Victorian styles. The eight-acre Charleston Waterfront Park is a lovely spot where you can watch sailboats and schooners in the harbour or dip your toes in the cool waters of the iconic Pineapple Fountain.

Incidentally, pineapples are a symbol of hospitality and you will see the carved motifs in art and architecture all over the city. 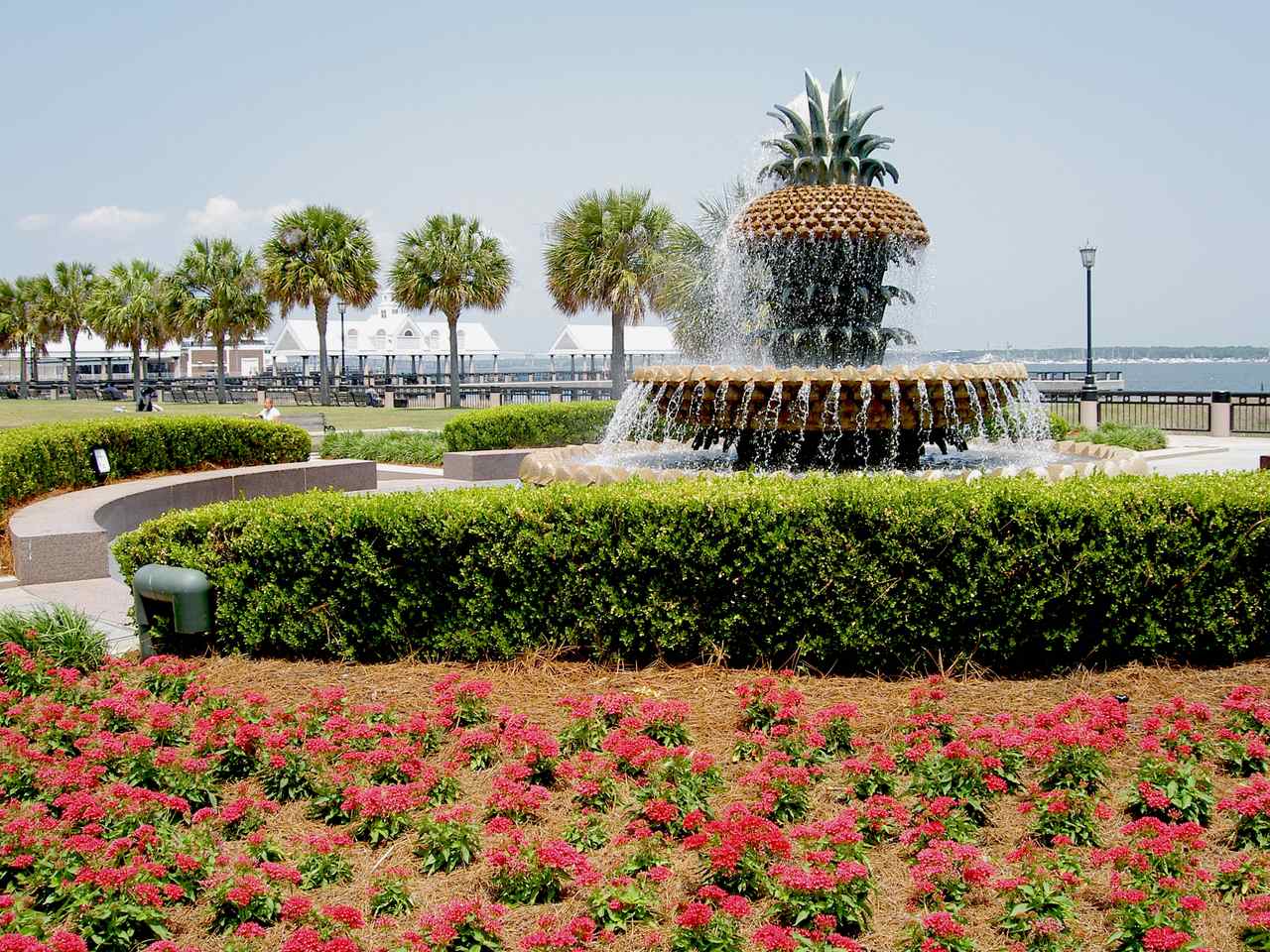 The quarter known as South of Broad (ie Broad Street), stretching to the southern tip of the peninsula, boasts palatial antebellum homes, some open to the public.

Rainbow Row is named after the colourful and highly instagrammable row of Georgian houses on 83-107 East Bay Street. Stroll to the southern tip to admire the views from the Battery and peaceful White Point Gardens and visit the beautifully-preserved Edmondston-Alston House.

No trip to Charleston is complete without a visit to at least one of the plantations around Charleston. Middleton Place is a grand 18th-century rice Plantation, with gorgeous gardens spilling down to the Ashley River and huge oak trees hung with beard-like masses of Spanish moss. 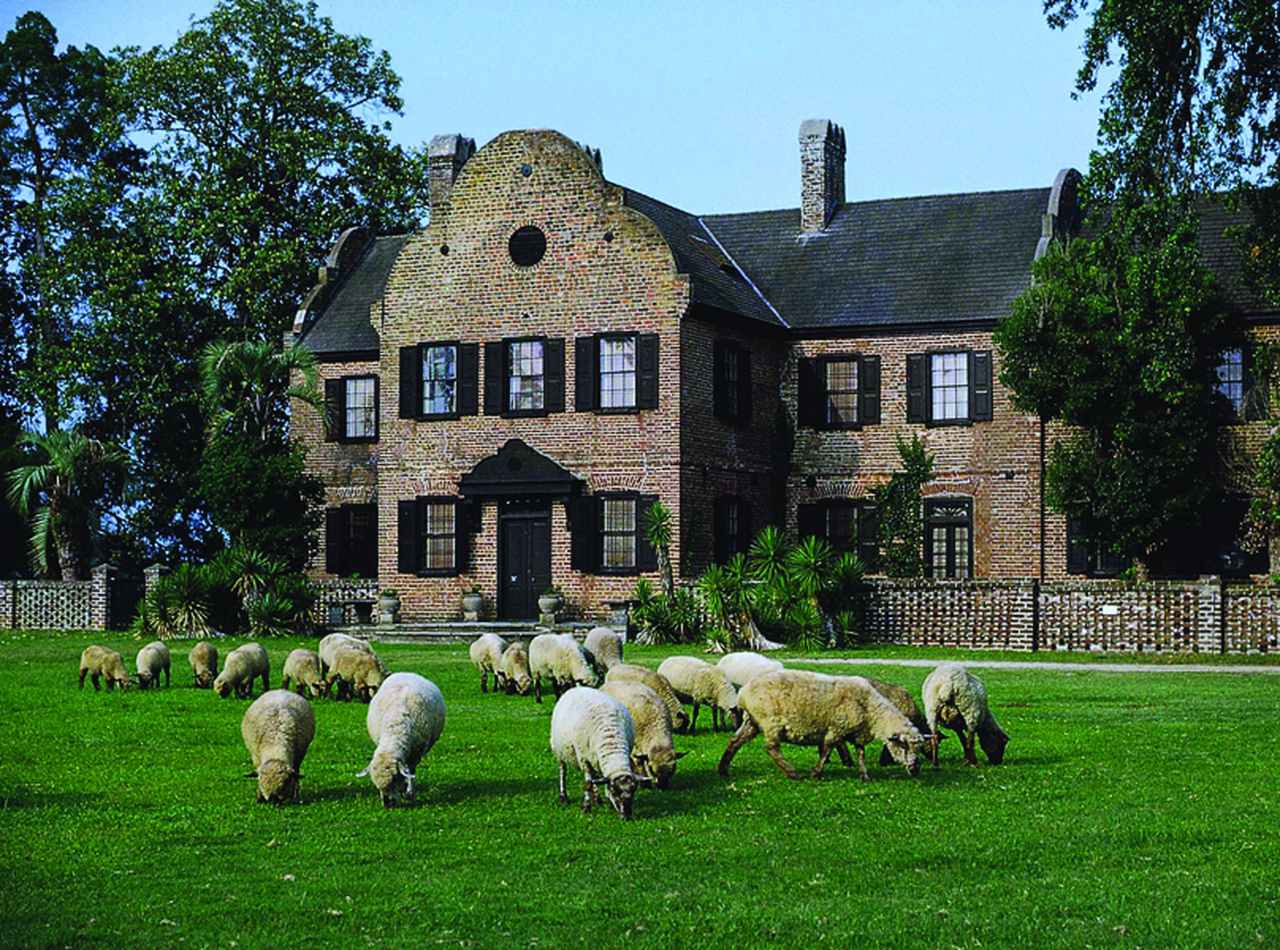 The restored house is full of family portraits, silver and furniture, while the Stableyards demonstrate skills of enslaved artisans. Eliza’s House, where slaves lived, shows a list of 2800 enslaved people who worked on Middleton plantations.

The less showy McLeod Plantation, two miles from downtown Charleston, offers the unvarnished truth of the lives of enslaved Africans who worked here. In the old French Quarter the Old Slave Mart, where the enslaved were auctioned, has further harrowing tales to tell.

Charleston has seen an explosion of restaurants, and foodies are flocking here in droves. Lowcountry cuisine owes a debt to West African and French culinary traditions and is based on rice and abundant seafood.

International fare is increasingly available but it would be a shame not to indulge in southern signature dishes such as Shrimp and Grits and She-Crab Soup (a rich, creamy crab soup with a dash of dry sherry). Grits, made from corn that is ground and boiled, are a big deal in the south – and even appear at breakfast.

Start the day at Millers for all-day breakfast, a former pharmacy offering waffles drizzled with sorghum syrup, a daily grits bowl or steak and eggs.

For fancy seafood head for The Ordinary, an oyster and seafood hall within a former bank.  Carnivores will love the hog plates at Rodney Scott’s BBQ; (8-10 pigs are smoked per night) or the best cuts in Charleston at Halls Chophouse.

For romance and old-world charm opt for Circa 1886 serving Lowcountry cuisine in the lovely setting of the former carriage house in Wentworth Mansion.  End the day with cocktails and live music at Prohibition jazz-age gastro pub. Or dance the shag (yes really, it’s the official state dance of South Carolina!), traditionally danced on the beach under the stars.

Go shopping in the City Market

The bustling and atmospheric City Market is home to 150 vendors and artisans selling everything from stone-ground grits and feather bow ties to fashions, toys and joggling boards. It’s well-known for weavers of sweetgrass-baskets, originally made to winnow rice on local plantations. The craft originated in West Africa and dates back 300 years.

Fashionable King Street is the main shopping thoroughfare: Lower King Street for antiques, Middle King for Fashion, Upper King for Design – with abundant eating and drinking opportunities all the way.

BIKE: The city is easily covered on foot. Alternatively pick up a bike from one of the 25 locations of Holy Spokes. For plantations or beaches beyond the city use Ubers.

BOAT: Historic Fort Sumter, in the middle of the harbour, is reached by boat.Watch out for pelicans and dolphins as you go. You can also soak up the city skyline from schooner cruises.