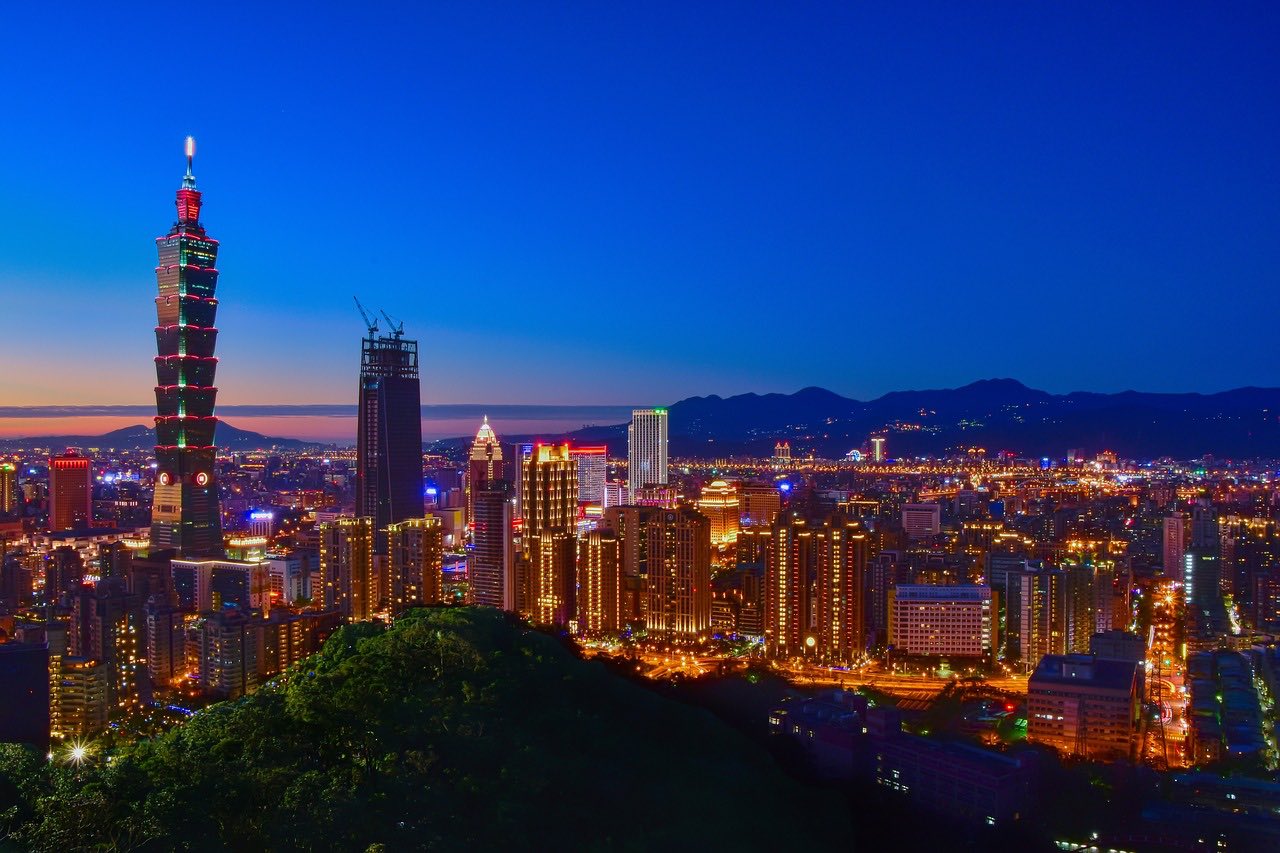 You will definitely have heard of Taiwan. If you are reading this on an Acer or Asus computer or HTC phone, then you own a piece of Taiwanese technology, but this large Asian island is officially unrecognised by all-but 19 countries.

As a result of its complex history, Taiwan, or the Republic of China as it is officially known, is more American in its outlook than nearby People’s Republic of China, but the island has not lost its truly Asian culture and appearance.

The modern capital is Taipei, a large metropolis like most in Asia: towering skyscrapers such as the former world’s tallest building Taipei 101, bustling street markets selling every Chinese food imaginable, and award-winning restaurants to rival those anywhere else across the world.

As you walk around the city, you cannot escape the mesmerising smells of tasty food drawing you towards the street markets spread across the city. The most famous street food is to be found in Raohe Street Night Market, with its countless stalls selling everything from egg fried rice with Korean chili sauce, fried potato spirals, steamed blood cake, and the infamous stinky tofu. The food here is surprisingly cheap in comparison to European standards too.

Taipei is undoubtedly one of Asia’s foodie capitals – it even has a 3-Michelin starred restaurant. Le Palais was awarded 3 Michelin stars in this first year of the Michelin guide including Taipei.

Located inside the Palais de Chine Hotel, the Le Palais restaurant specialises in typical Chinese cuisine, with ingredients sourced locally where possible. Dishes including cubed beef on rice crackers, Peking duck and fried rice noodles are served in museum-like surroundings with pottery and gold statues sourced from around the world.

In the Xinyi district, It is hard to miss the towering bamboo-style Taipei 101 skyscraper – formerly known as the Taipei World Financial Center – was once the world’s tallest building with an elevator that travels to the top in less than 40 seconds. The sweeping views across Taipei and New Taipei are simply spectacular.

Taiwan was ruled by the Dutch, Spanish and Portuguese for centuries before the Chinese mainlanders arrived in large numbers in the wake of Chiang Kai-shek after he lost the Chinese civil war against Mao Zedong and the Communists. Tainan is almost a city dedicated to Chiang and his wife Madame Chiang.

The Chiang Kai-Shek Memorial Hall is a grand white palace dedicated to all things related to the former long-term president of Taiwan. At regular intervals each day, a changing of the guard ceremony takes place, where smartly-dressed Taiwanese Marines, after standing completely still on podiums in front of a statue of President Chiang, change places. This draws the crowds from across Asia.

Tainan isn’t particularly big, so the Zeelandia Fort is not far from the centre of the city. This former Dutch East India Company fortress was opened in 1634, at a time when the majority of Tainan was under water. The fort was used to control trade access to Asia and further afield.

You never can guess how thick the mist clouds will be high above Taiwan in the Alishan National Forests. Towering thick red and yellow cypress trees, some more than 10,000 years old, cast shadows over hidden Buddhist and Taoist temples and quaint streams and waterfalls. A former Japanese logging train, coated in a bright green moss from the constant mists that fall over Alishan, takes visitors through the dark forests, from Shenmu (sacred tree) station to the hill station close to Alishan House hotel.

Alishan is also famous for its rolling tea plantations, with teas ranging from green to thick full-bodied cultivated on the mountains of Alishan.

From ultra-modern to grand and historic, Taiwan has a large selection of accommodation options to choose from.

Tayih Landis Hotel, Tainan is a grand and ultra-modern hotel located in the centre of the historic former capital of Tainan. The 5-star hotel is spread across 315 rooms, with a grand piano in the lobby and a huge buffet breakfast in the large basement restaurant.

Alishan House is perched at the top of the mountains of Alishan National Forest, promising sweeping views across endless forests and mist-covered peaks. The hotel is split between a modern wing and historic wing, which has hosted countless diplomats, Japanese governors, and presidents from around the world.

FLY: Emirates flies to Taipei from London Gatwick and Heathrow via Dubai. China Airlines fly direct between Gatwick and Taipei. EVA Air fly between Heathrow and Taipei with a touchdown in Bangkok.

Language: Traditional Mandarin Chinese is the official language of Taiwan.

What’s the weather like: The weather changes little throughout the year, but in the summer months (June to October) typhoons and earthquakes are not uncommon.