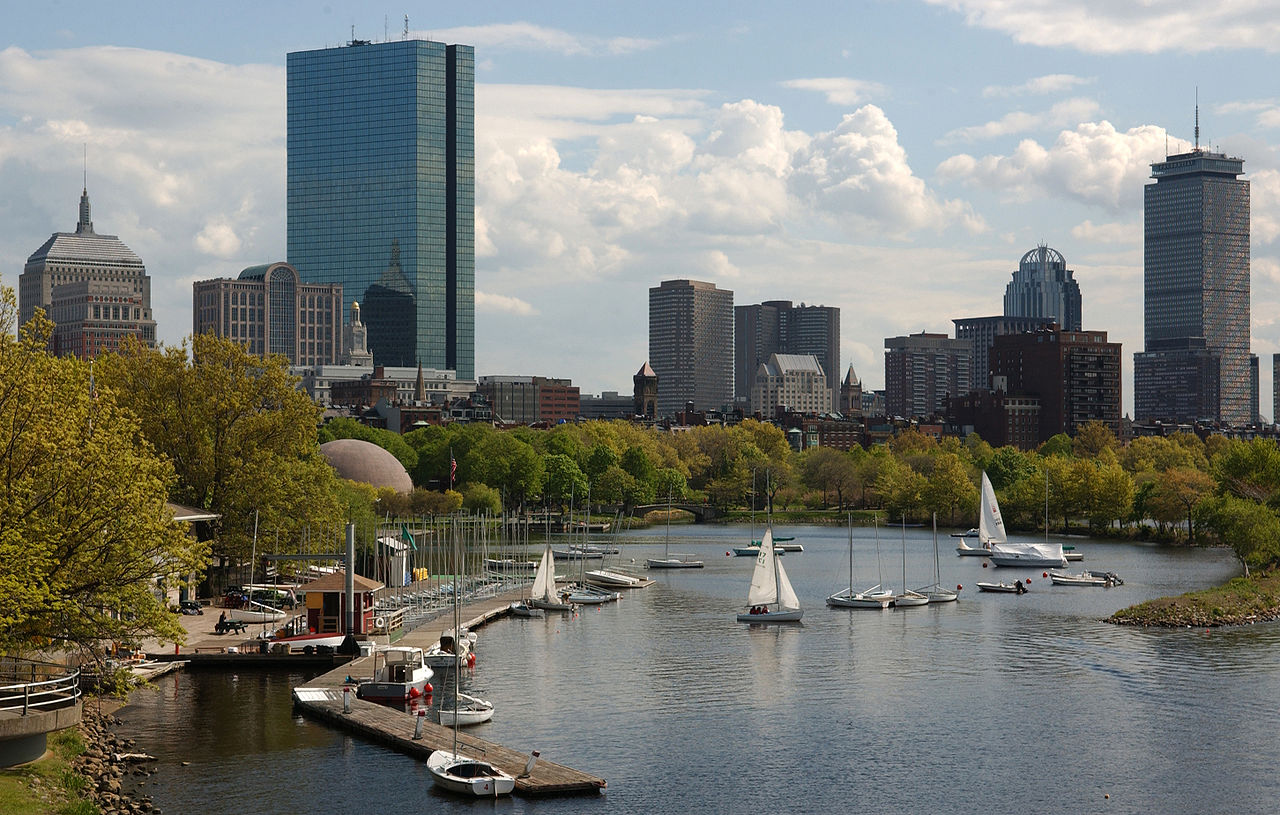 In Boston you can cram more into a couple of days than in most American cities. You can brush up on the history of the War of Independence, eat clam chowder on the hoof or cherrystones at a bar, snap up a bargain or two – and learn why you shouldn’t hang out a sweaty T-shirt to dry in the woods.

The city centre is so compact that you can do it all on foot – or at least by relatively cheap public transport. There’s no need to rent a car. Parking downtown is a nightmare.

The best possible introduction is the Freedom Trail* – which of course means freedom from British taxation without representation – a walking route marked with a thick red line. It starts on Boston Common, crosses the broad Charles River, climbs to the Bunker Hill monument, site of the revolution’s first great battle, and finishes at Charlestown Navy Yard where the USS Constitution is moored – a warship whose oak hull was so resistant to cannonballs that sailors nicknamed her “Old Ironsides”.

*An excellent guide to the trail can be bought at the Visitor Centre on Tremont Street, near the starting point.

The walk should take about two hours but allow the best part of a day. You will want to linger in the old burial grounds and the churches with their spare, uncluttered interiors, where box pews serve as a reminder that temperatures here swing between extremes. Early worshippers would bring their own stoves or even dogs into them – to keep warm in the sometimes bitterly cold winters.

Make time for lunch en route. Graze, perhaps, among the stalls of Quincy Market. There, you could choose anything from steamed lobster or scallops to pizza. But best of all is a cup of creamy chowder, Boston’s staple, served in a paper cup, with crackers. If you’d rather eat sitting down, drop into the Union Oyster House, which claims to be America’s oldest restaurant. It started serving food in 1826. Six of the said shellfish will cost about £11 at the bar. A half dozen cherrystones – sweet little clams on the half shell – are £2 or so cheaper.

For coffee, follow the trail to the North End, settled first by Irish immigrants, later by Jews from Eastern Europe and now so overwhelmingly Italian you might fantasize that this middle aged men chewing the fat in the depths of its restaurants are accustomed to making offers that can’t be refused. Stop for one of the best cappuccinos you’ll ever taste. Maybe pick up a Sicilian cannolo for dessert. You’ll pass Mike’s Pastry, a Boston institution since 1946, which is famous for them. But chances are you’ll face a long queue.

Back in time, then, at Paul Revere’s wooden house, built in 1680 and the longest surviving in Boston. It was Revere who rode to warn the rebel militia that British troops were preparing to crack down on them, his famous midnight ride immortalized poetically, if not entirely factually, by Longfellow. In case he didn’t make it past the army patrols a light was shone from the steeple of the lovely Old North Church, where John Wesley once preached.

After absorbing all that history a little retail therapy might be in order. Head east across the Common to Downtown Crossing, where shops include TJ Maxx. Newbury Street (lots of cafes) and Boylston Street are smarter but the latter has a branch of Marshalls, worth trawling for cut price designer label clothes. There are also several big malls, including those at the Prudential Centre and Copley Square.

Having visited the grave of Samuel Adams, one of the nation’s Founding Fathers and a key organizer of the Boston Tea Party, visit the original Cheers bar, formerly the Bull & Finch, on Beacon Street and down a beer named in his honour.

For dinner there’s a huge choice of restaurants, among them those of the oddly named Legal Seafoods chain, which owes its odd name to “Legal Stamps” given out with grocery purchases by the founder’s father. Insiders recommend Atlantic Fish Company and the Capital Grille (both on Boylston St).

And those sweaty T-shirts? If you leave them unattended in the woods, salt craving porcupines may tear them to shreds. I learned this not from harsh experience but from one of the live animal presentations at the outstanding Museum of Science. You’ll need at least another half day for that – and you still won’t have explored posh Beacon Hill, done the aquarium or visited any of the dozens more attractions.

So while you can pack a lot into a couple of days, on second thoughts, best stay a little longer.