US Space tourism: Where to celebrate the 50th anniversary of 1969 moon landing 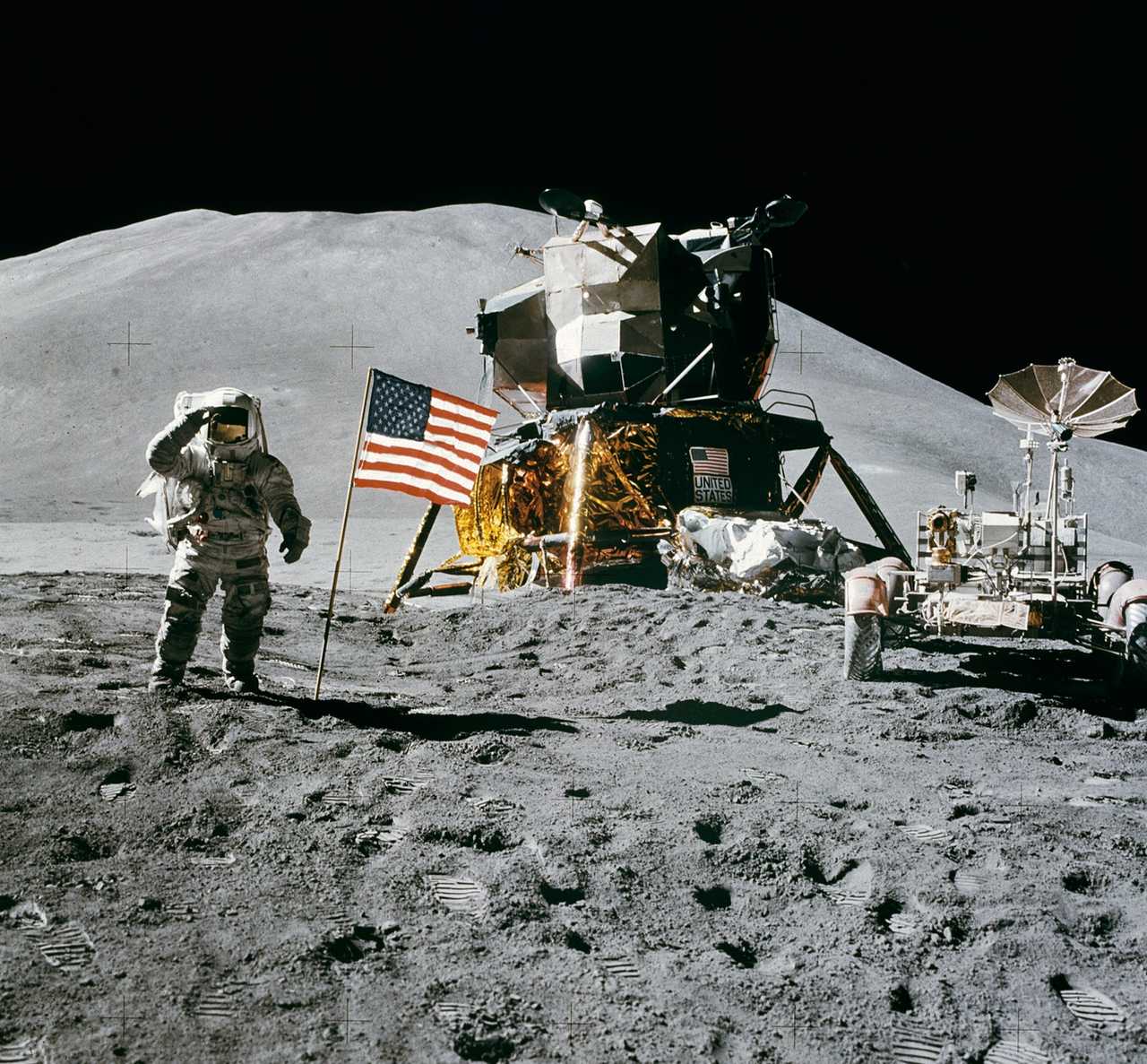 The 20 July 2019 marks 50 years since Apollo 11’s Lunar Module Eagle landed on the moon. American astronauts Neil Armstrong and Buzz Aldrin were the first men to step onto the lunar surface, and Armstrong’s “one small step” has been talked about for decades is one of the most celebrated events of the past century.

To celebrate a number of destinations across the U.S. will be marking Apollo 11’s achievement with a series of special events. With one-off exhibitions, street parties, moon-themed cocktails and Q&As with real astronauts, space enthusiasts will be in their element.

As the departure site for Apollo 11, the Kennedy Space Center, located on Merritt Island, is packed with learning opportunities, interactive displays and question sessions that will keep visitors entertained for a whole day. The main Visitor Complex showcases the history and future of U.S. space travel and research, and is home to the Rocket Garden, where replica rockets tower over visitors.

It also houses the new Heroes & Legends and the US Astronaut Hall of Fame, where films and exhibitions celebrate and honour the astronauts. At the Astronaut Encounter, you get to probe astronauts questions about their lives, training and journeys, while a series of IMAX films explain space and our planet through a series of earth footage and astronaut interviews. 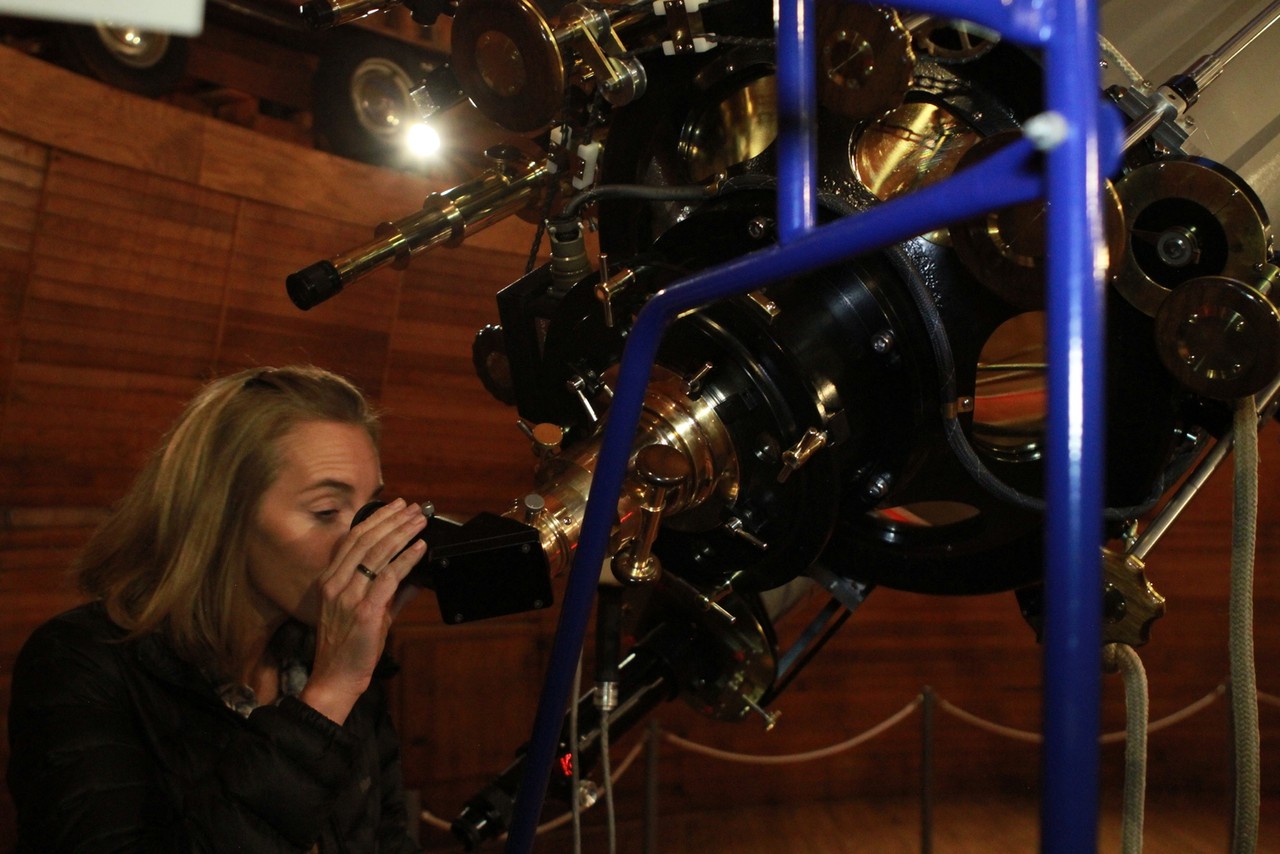 The Apollo 11 spacecraft may have lifted off from Florida’s Kennedy Space Center, but much of the training for the mission actually took place in Flagstaff, Arizona.

Neil Armstrong and his pilot Buzz Aldrin, along with the 11 other astronauts who have followed in their footsteps, used the area’s volcanic ash fields as an equivalent for lunar landscapes – practicing their buggy-driving, geology training and other mission simulations.

As part of a year-long festival celebrating the 50th anniversary of the 1969 landing, you can ride in the buggies used in the landing, and see other paraphernalia from the Apollo missions.

At Flagstaff’s Lowell Observatory, you can look into space through telescopes (this is the place from which Pluto was first spotted), and attend events such Cosmic Questions and Meet and Astronomer,

The Franklin Institute in Philadelphia was founded in 1824 by Benjamin Franklin, and is one of the world’s best science museums.

As well as having a Moon Rock on display that was recovered by Astronaut Dave Scott during the Apollo 15 mission, it is also home to range of incredible attractions, including the Planetarium Hallway, which features eight screens displaying live content from NASA and the institute’s chief astronomer.

At the Space Command exhibition you can construct a Mars rover and then see it travel over rocky terrain and spin a ball into the Gravity Well, to see the force in action.

Elsewhere, you can touch a meteorite and learn about the planets, including how they are impacted by the sun. 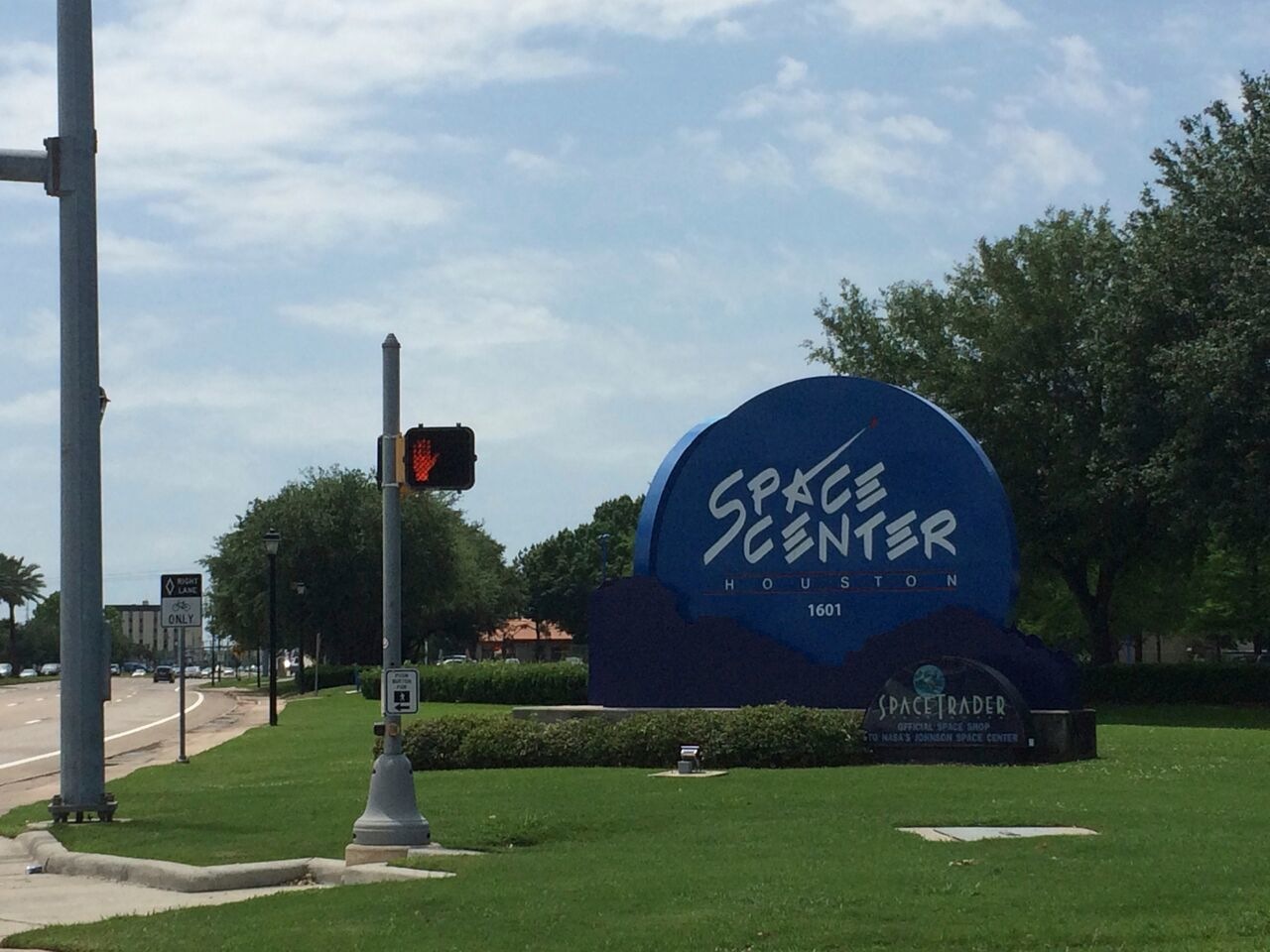 The Texan city of Houston is home to the Apollo Mission Control Center at Nasa Johnson Space Center. This is the site from which NASA’s team planned and carried out human spaceflight missions resulting in a man on the Moon on 20 July 1969.

The Space Center, along with a community of backers from around the world, are working to restore Mission Control, to accurately portray how the area looked when the landing took place.

The restoration of Mission Control will feature authentic consoles used to monitor all Apollo Moon Missions, including the famous moon landing of Apollo, and the emergency of Apollo 13, along with small details, like the team members of the controllers putting out their celebratory cigars.

The major attractions include the SR-71 (the fastest jet in the world) and the Space Shuttle Discovery, but there’s plenty more to see and do. Visitors may choose to hang out in the observation tower to watch the planes take off and land at Dulles airport, go in a simulator to recreate the feeling of piloting a jet, take a spacewalk or watch shows at the on-site Airbus IMAX Theater.

A number of exhibitions will also appeal to space enthusiasts, these include the Space Science exhibition, which showcases objects flown in the atmosphere or space, such as satellites, orbiters and space probes. Meanwhile, the Human Spaceflight exhibition celebrates the 500 men and women that have flown in space since the first venture into space by Yuri Gagarin in 1961.

The number of persons who have flown to the Moon and back has now reached 24 – the exhibition celebrates these victories and highlights the ins and outs of their journeys.

The travelling exhibition Destination Moon: The Apollo 11 Mission at the Museum of Flight will be in Seattle, Washington, from 13 April – 2 September 2019. This will be the exhibition’s only West Coast appearance, and will be a rare opportunity for you to step back in time, by seeing original Apollo 11-flown objects, including more than 20 one-of-a-kind artifacts from the Smithsonian (many of which were flown on the historic mission), plus dozens of NASA and Russian spaceflight additions from the museum’s renowned collection.

A weekend festival will be held at the museum, during the 20 July 50th anniversary, celebrating the “giant leap” for humanity with a series of interactive events.

Elsewhere in the city, the Space Needle, one of the world’s most recognisable landmarks which stretches 184m into the sky, has undergone a 360-degree spacelift. For the first time in half a century, you can take in Seattle views from two floors featuring floor-to-ceiling glass windows, while The Loupe level is home to the world’s first and only rotating glass floor.

Dubbed Rocket City, Huntsville is the home of the Marshall Space Flight Center, where scientists worked to develop the spacecrafts which sent astronauts to the moon.

During the course of the year, there will be daily reenactments of the moon landing at the U.S. Space and Rocket Center – the largest space museum in the world – culminating with a Guinness World Record attempt on 16 July, the date that Apollo 11 was launched.

On this date at 8.32am (the exact time that the rockets ignited in 1969) the center will launch 5,000 rockets into the sky, before a street party in downtown Huntsville. 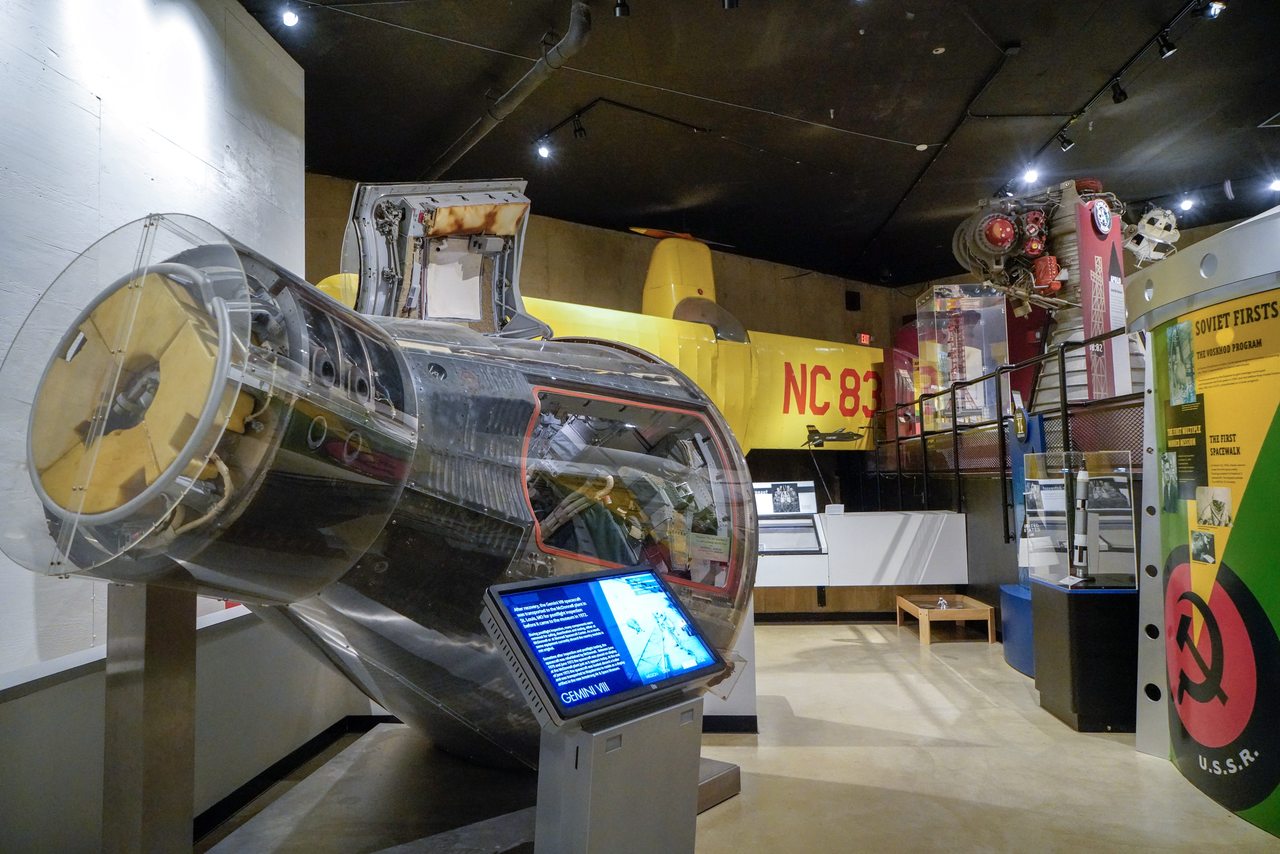 The Armstrong Air and Space Museum in Wapakoneta (Armstrong’s hometown) has a an entire year of activities and festivities planned to celebrate the anniversary. These culminate on 20 July, the actual anniversary with:

The museum is filled with motion and sound. There are seven interactive exhibits, ten audio/visual elements, and three simulators. Visitors can practice landing the lunar module and space shuttle, or docking the Gemini capsule, as Neil Armstrong did in 1966. Adults will find the simulators just as challenging and entertaining as the kids do.