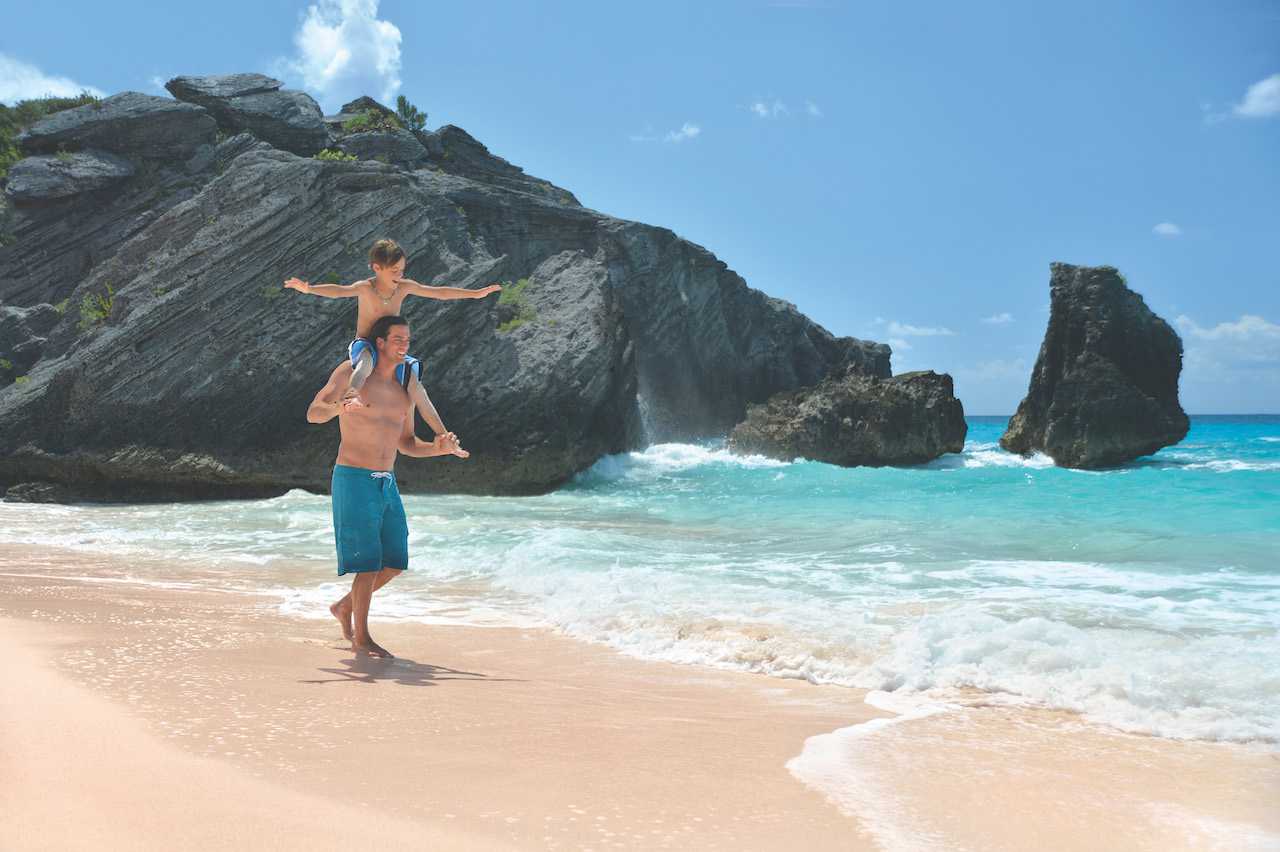 With its pink sands and golden sunsets, Bermuda is one of the world’s truly undiscovered treasures. What’s more, this island paradise, which is only 21 miles long and lies in the middle of the north Atlantic, will play host to the 35th America’s Cup next summer after seeing off stiff competition from New York and San Francisco.

So, what better time to arrange a combined visit to see the world’s elite sailors up close and discover Bermuda’s enchanted shores?

With its mix of British, American and Afro-Caribbean culture, history and tradition, Bermuda makes for a culturally rich holiday destination.

As a British Overseas Territory, it has its own British governor and cricket is the national sport. The Queen even came to visit to mark the island’s 400th birthday back in 2009.

But given its proximity to the US East Coast and the key role it played in the American Civil War, it also has a strong American influence.

There’s plenty to do from sailing in its turquoise waters and playing a round on one its seven golf courses to relaxing in a luxury spa resort or fine dining at one of its many high-end restaurants.

Aside from its immediate charm, Bermuda also has some well-kept secrets including old smugglers’ coves, underground caves and wild nature trails just waiting to be discovered.

The capital Hamilton is a good base to explore the rest of the island with its array of art galleries, parks and cathedrals.

Among the pick are the splendid Bermuda National Gallery at City Hall & Arts Centre, Sessions House, where the House of Assembly sits, and Fort Hamilton, from where you can get the best views of the city.

Outside the city, the Botanical Gardens offer some respite from the hustle and bustle of the capital. Within its grounds, Camden House, the official residence of Bermuda’s Premier, and the Masterworks Museum of Bermuda Art, home to more than 1,200 exhibits, are also well worth a visit.

St George’s, in the island’s far east, is a UNESCO World Heritage Site steeped in old world charm with its narrow streets and alleyways scattered with quaint old souvenir shops and restaurants. 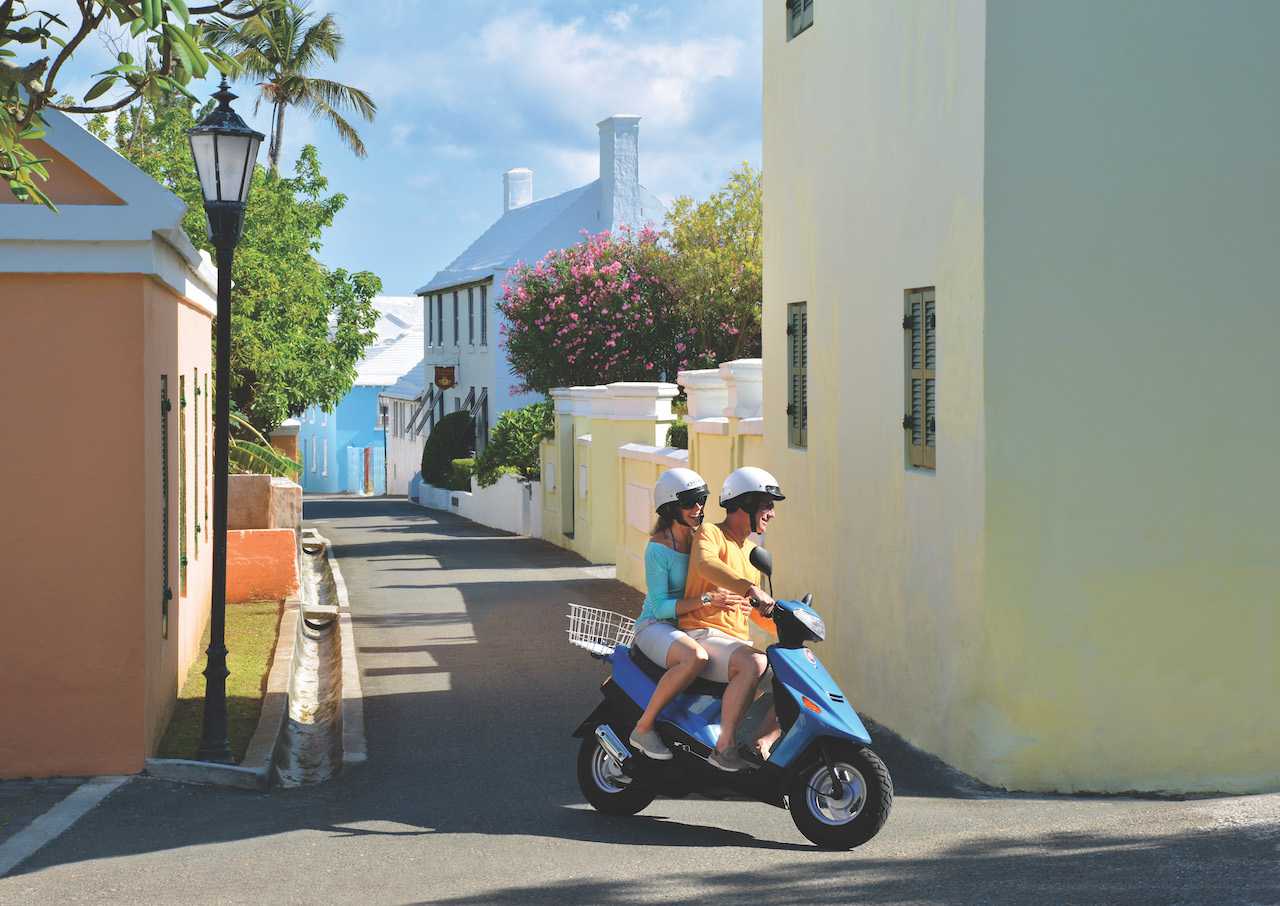 On the western side, the historic Royal Naval Dockyard is dominated by the imposing Commissioner’s House, while the impressive National Museum of Bermuda and Dockyard Glassworks are other must-sees.

For a panoramic view of the island, head to the top of Gibbs Hill Lighthouse in Southampton Parish. 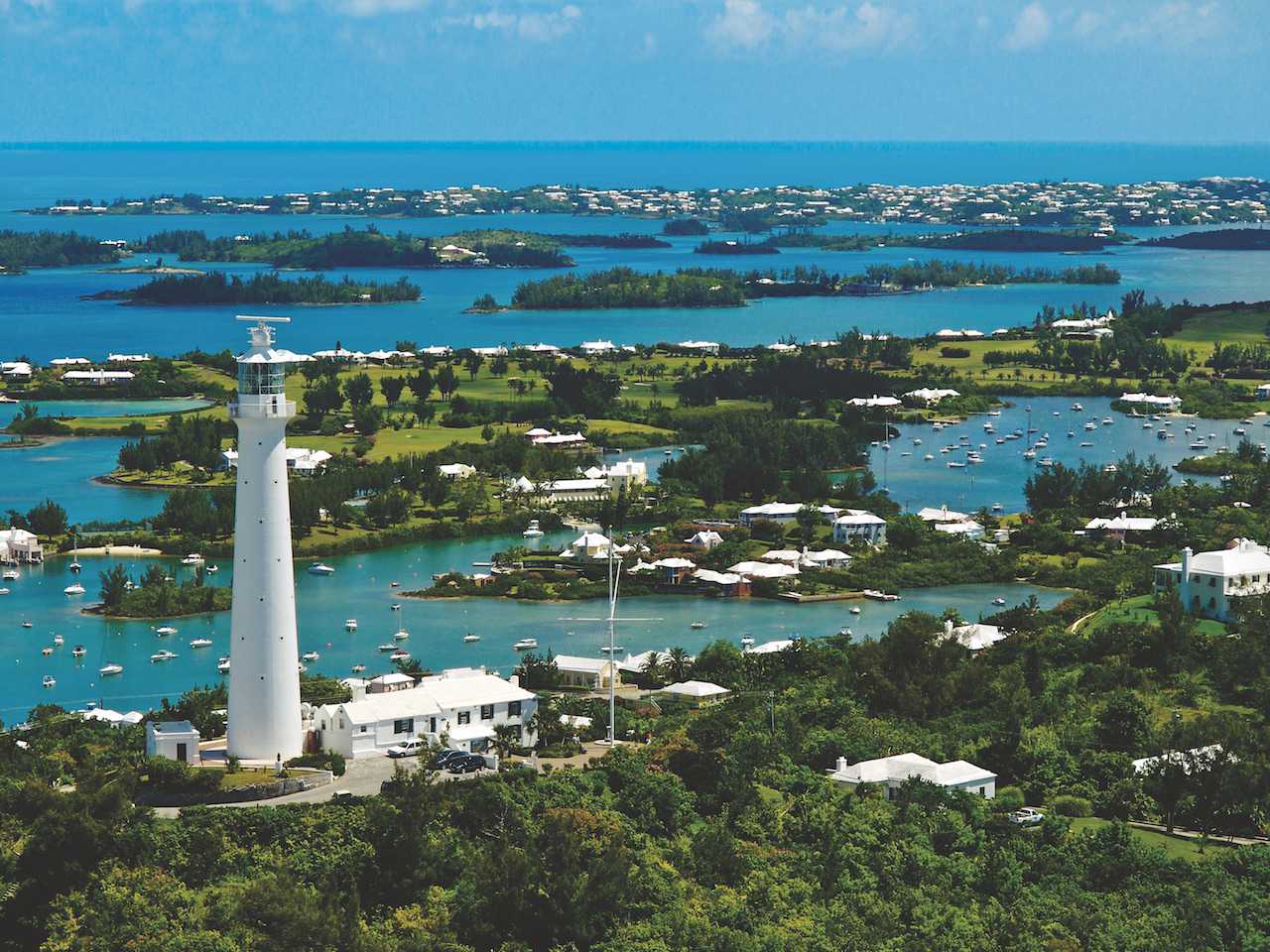 If you fancy a different perspective, make a beeline for the Bermuda Underwater Exploration Institute in Hamilton to learn about the Bermuda Triangle and historic shipwrecks off the island’s coast.

Given its location, sailing is the sport of choice in Bermuda. To get on the water, the Royal Bermuda Yacht Club runs sailing courses from £110 per person.

With one of the highest concentrations of golf courses per square mile in the world, there’s a different course to play every day of the week.

Port Royal Golf Course in Southampton is the island’s official PGA course, when it was last played in Bermuda in 2014, but the Mid-Ocean Golf Club in Tucker’s Town and Tucker’s Point Golf Club are excellent alternatives.

For walkers, the old Railway Trail, which was shut down in 1948 and spans the length of the island, is a delight with its old hill forts and lookouts to explore, not to mention the spectacular sea views.

There’s also a host of rocky coves and sweeping bays to navigate by boat or kayak, as well as shipwrecks for scuba diving.

Deeper underground, Crystal Cave and Fantasy Cave in Hamilton Parish with their amazing rock formations, and the former with its 55-feet deep sapphire-bottomed lagoon, are perfect to explore on a hot day. 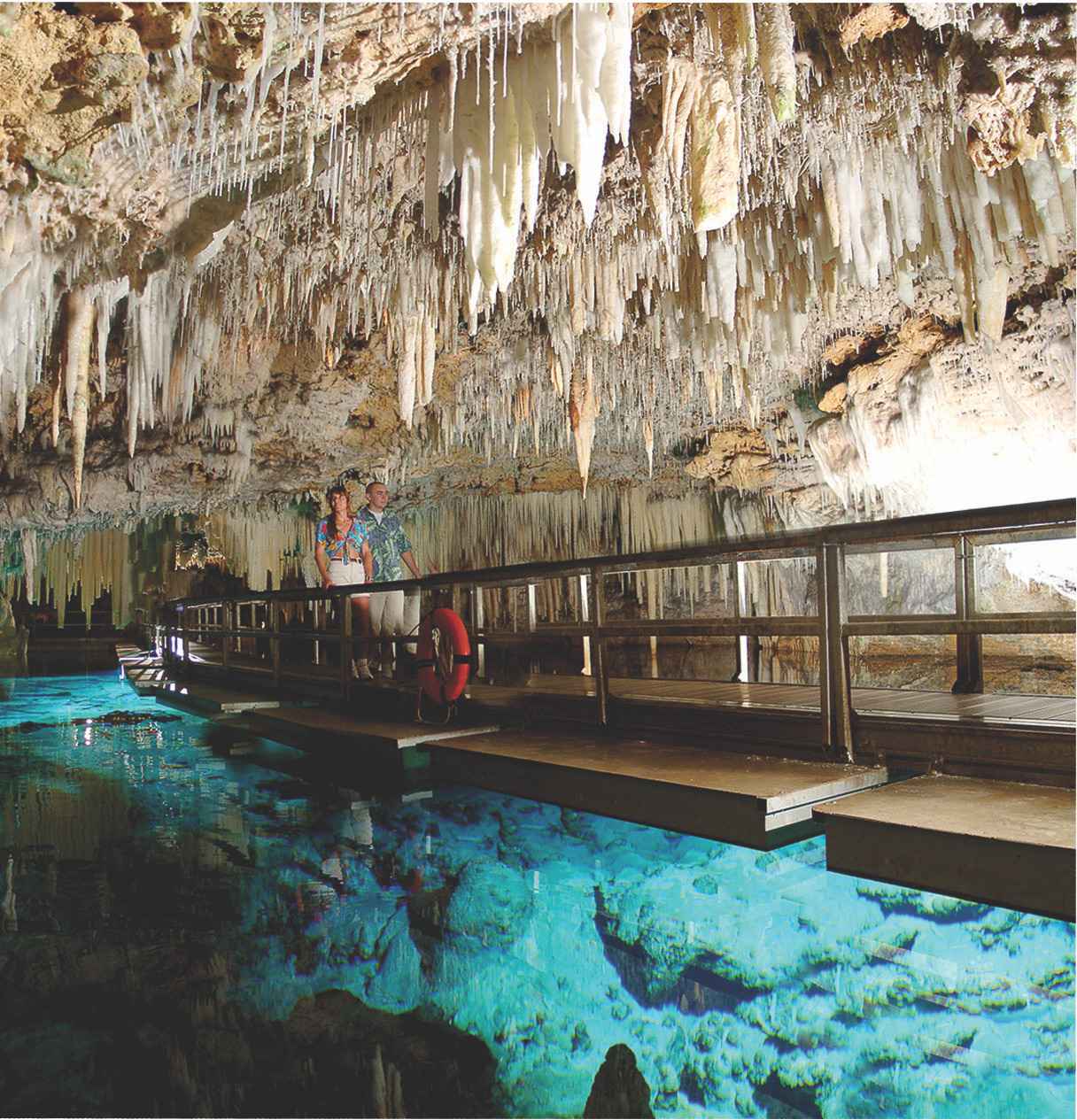 For the gentler pursuit of bird watching, the 34-acre Spittal Pond Nature Reserve in Smith’s Parish is a great place to ramble with its woodland trails and pond that’s home to a vast selection of migratory birds.

After an exhausting day, it’s time to hit the beach. There are no fewer than 34 to choose from, the pick of which is Horseshoe Bay in Southampton. 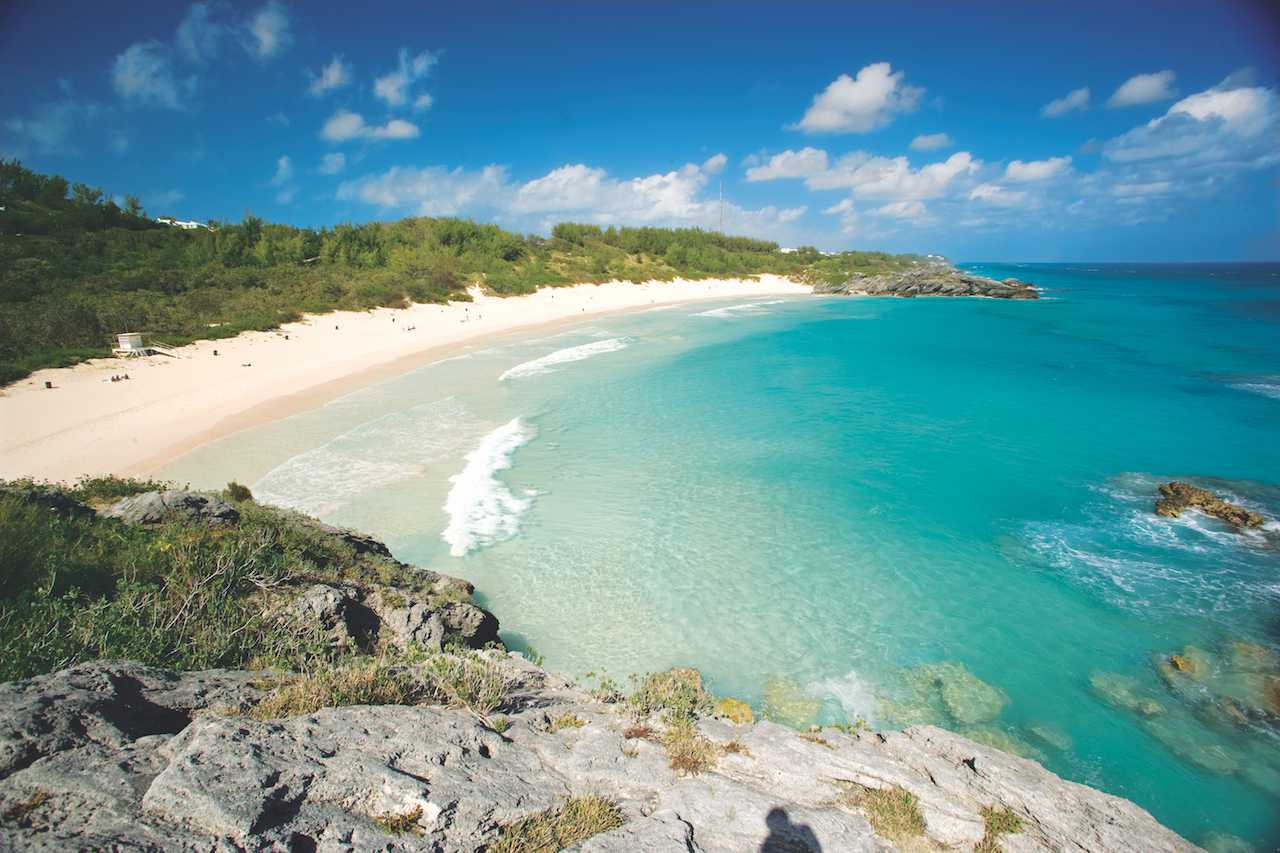 Then it’s off for a couples massage at the idyllic setting of Cambridge Beaches in Sandy’s Parish.

Why not stay for dinner by candlelight on the beach with only your nearest and dearest for company?

With its well-heeled visitors and well-travelled business community, Bermuda has a world-class dining scene with everything from local Bermudian fare to the finest international cuisine.

Mickey’s Bistro & Bar is one of the most romantic settings, sitting on Elbow Beach and eating freshly-caught seafood, cocktail in hand as you watch the sun go down.

For those who prefer the bright city lights, Red Steakhouse and Bar has an extensive wine list, as well as a VIP balcony overlooking Hamilton harbour.

Heritage Court at the Hamilton Princess and Beach Club is the perfect spot for afternoon tea, with a vast choice of finger sandwiches, scones, pastries and 14 types of tea.

From local guesthouses to five-star hotels, Bermuda has every kind of accommodation for the discerning visitor. 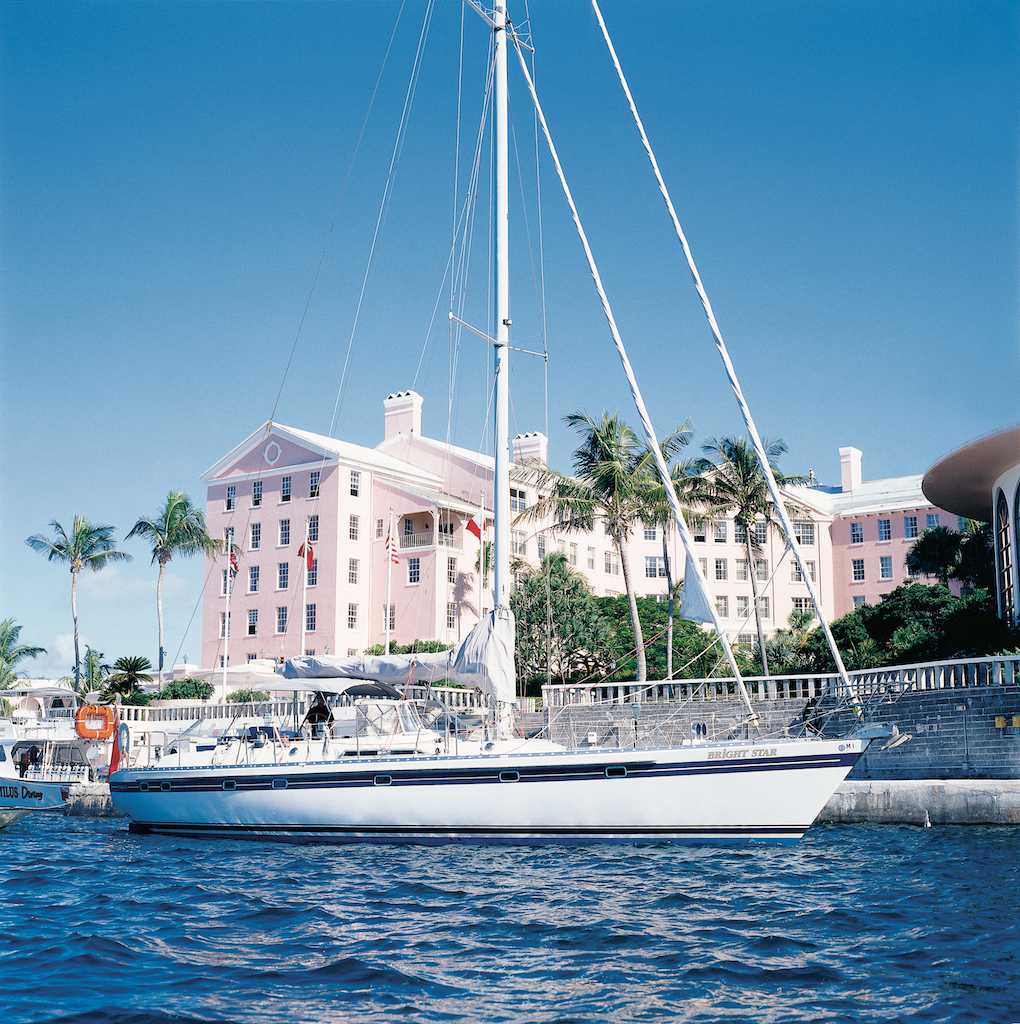 The Hamilton Princess has rooms from £520 per person during the America’s Cup in May and June. 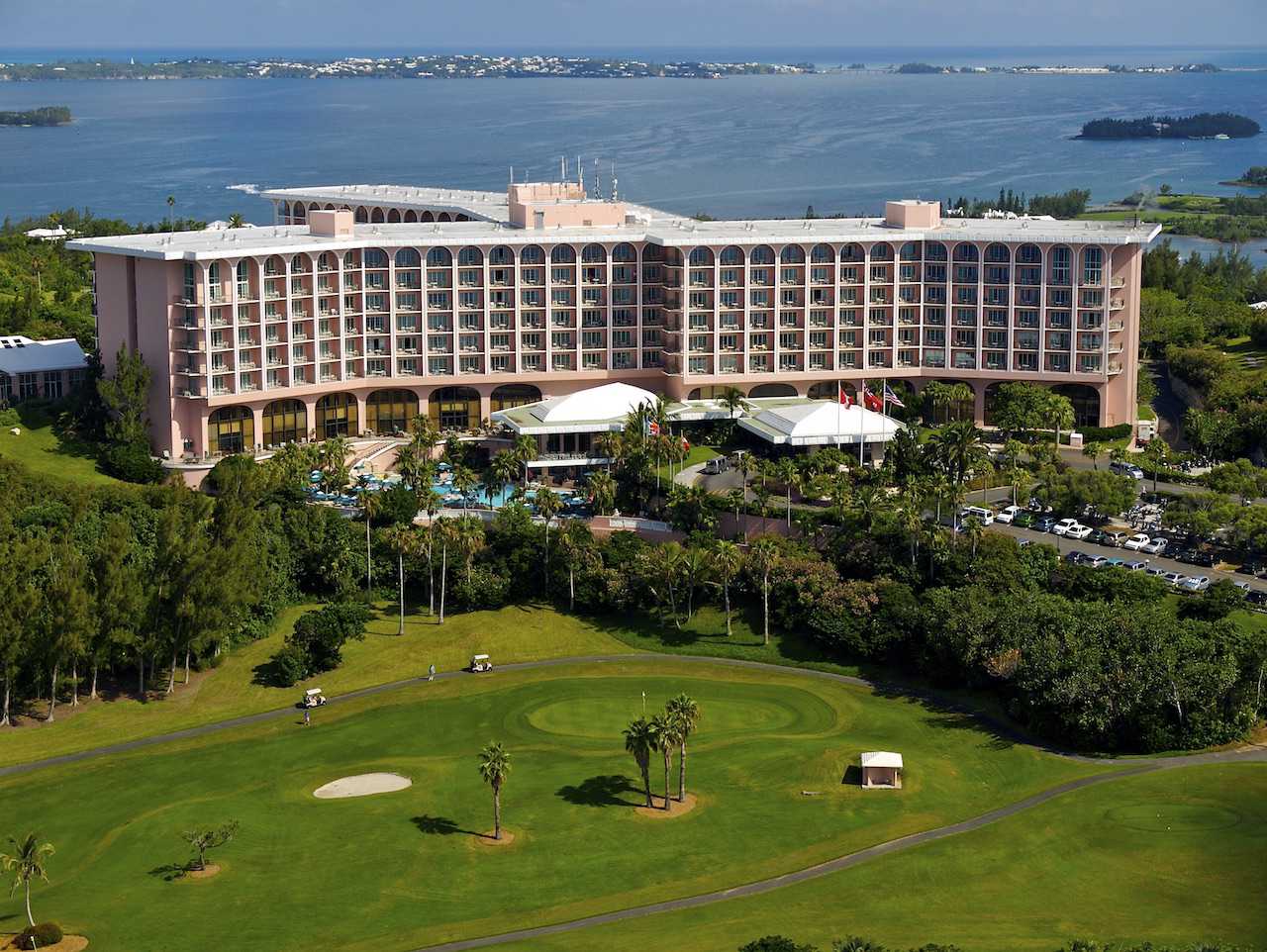 The Fairmont Southampton has rooms from £628 per person during May and June. 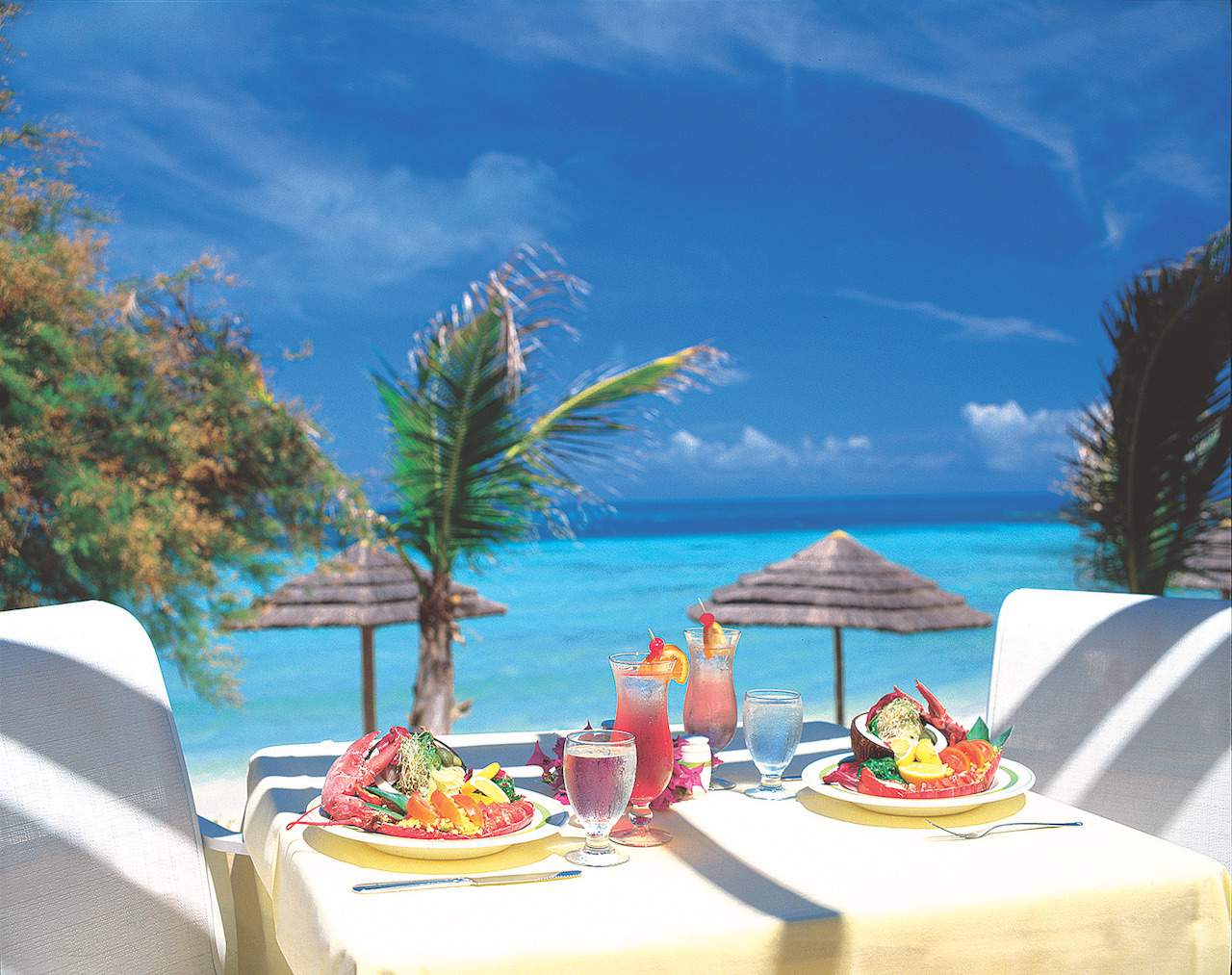 Further out, Cambridge Beaches has rooms from £585 per person (based on a seven night minimum stay) between May 25 and June 28.

Read also our review of the Coco Reef Bermuda

Two hours away from the US East Coast and seven hours from London, Bermuda is easy to get to.

British Airways flies from London Gatwick daily in the summer. American Airlines, Delta, JetBlue and United Airlines, US Airways and all fly from the US.

Oleander Cycles rents scooters from £35 per person per day.

Bermuda gears up to host the America’s Cup 2017