A lineup of some of 2021’s most spectacular Christmas trees 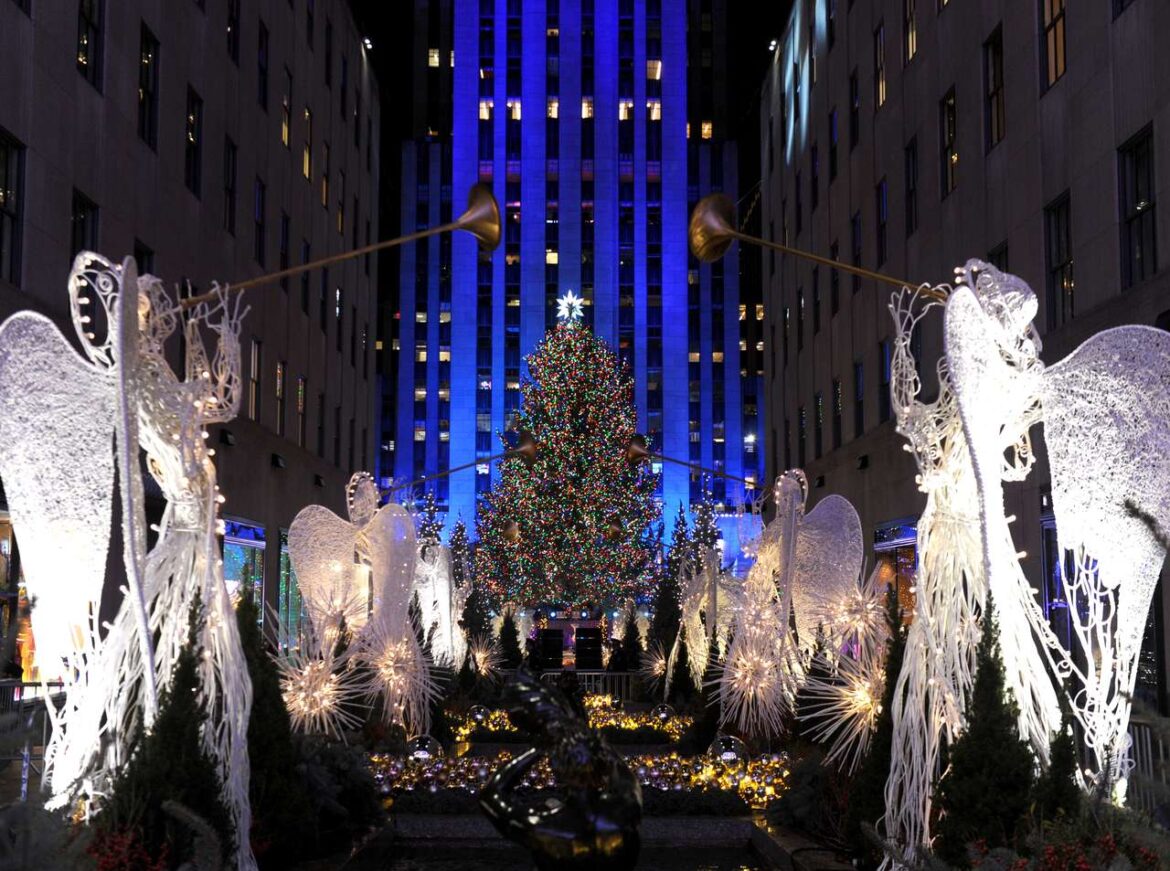 The countdown to Christmas has officially begun, with trees adorned in sparkling decorations popping up in cities, towns and windows around the world. From traditional pine trees with colourful baubles and lights to more abstract creations nodding to a distinct local characteristic, below is a stellar lineup of some of 2021’s most spectacular Christmas trees to get you in the festive spirit. 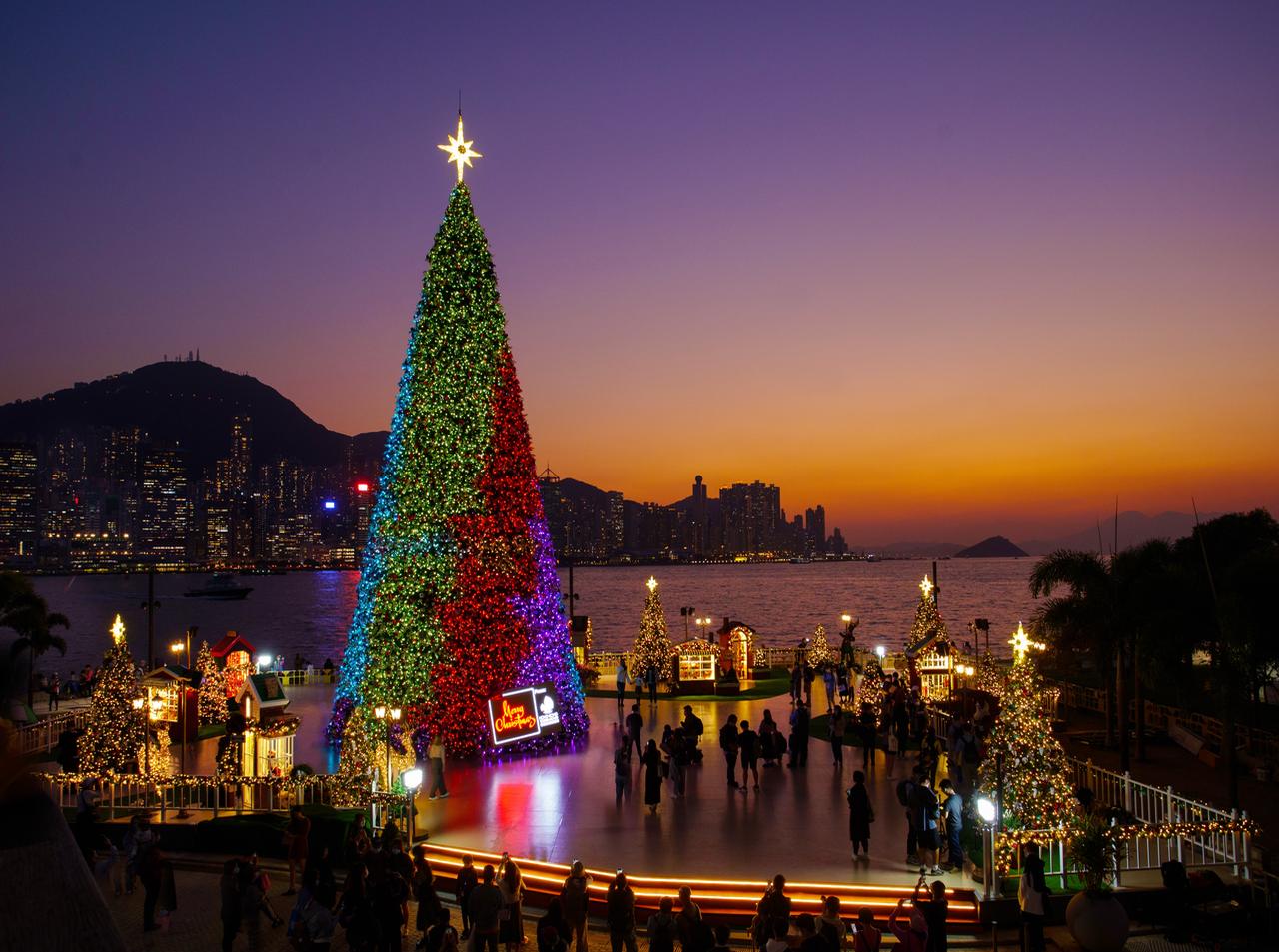 For the first time, Hong Kong’s giant Christmas tree has moved from its usual location in the Central District to West Kowloon, the city’s newest neighbourhood and one of the most significant cultural hubs in the world.

The tree stands six stories high, looking magnificent set against the panoramic backdrop of Victoria Harbour and Hong Kong’s iconic skyline.  It has taken 20 years of planning and celebrations include festive music and a light show. 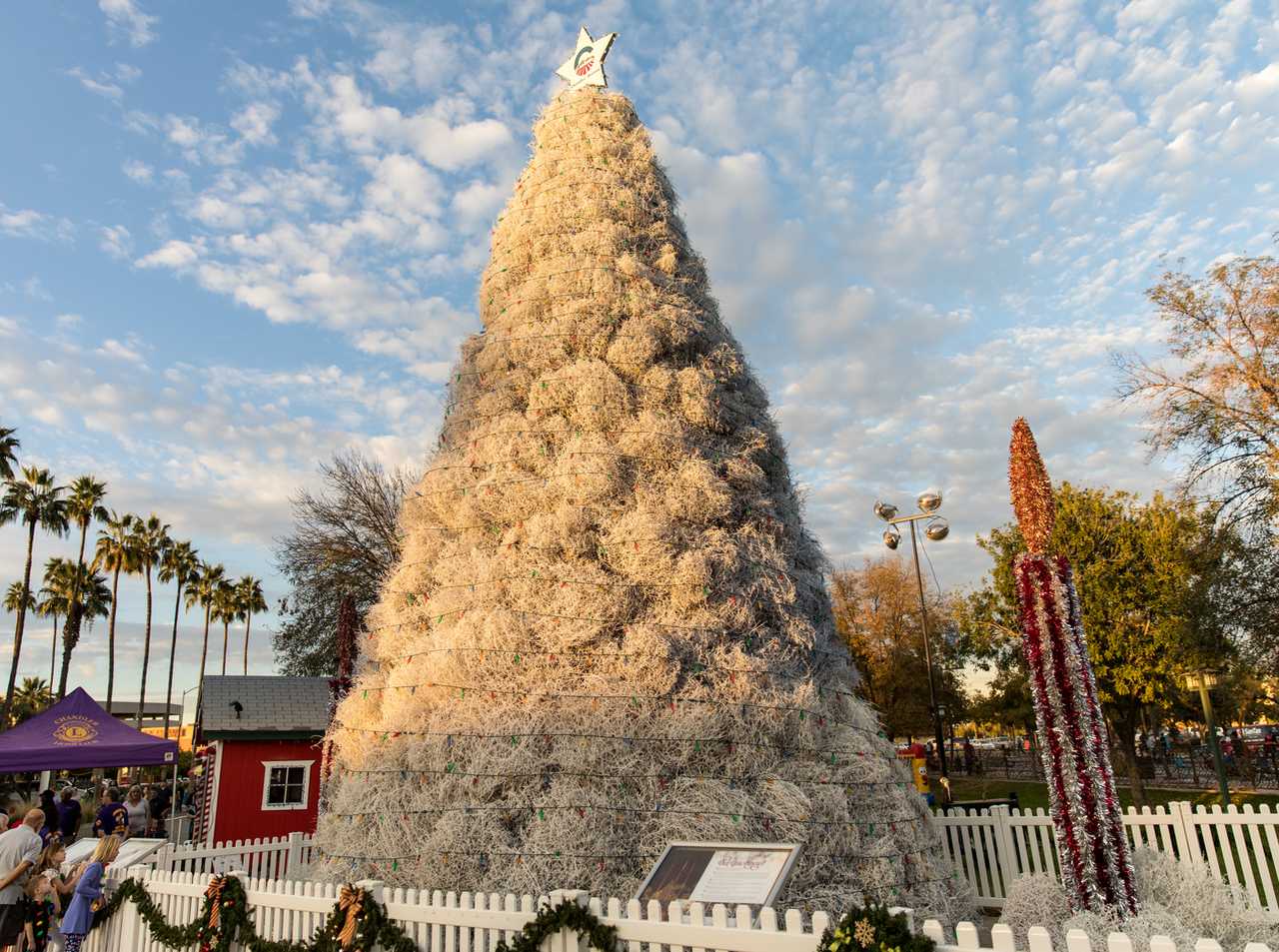 In a tradition dating back to 1957, the Arizonan city of Chandler has spent the last two months collecting dried Russian thistle bushes for their tumbleweed tree. According to folklore, a fire that destroyed all of the Christmas decorations in the city inspired the locals to create a tree made entirely of these repurposed plants. Today, over 1,000 tumbleweeds are coated with over 65 pounds of glitter, sprayed in white paint and lit up, bringing the snow to the city that never sees a white Christmas. www.visitarizona.com 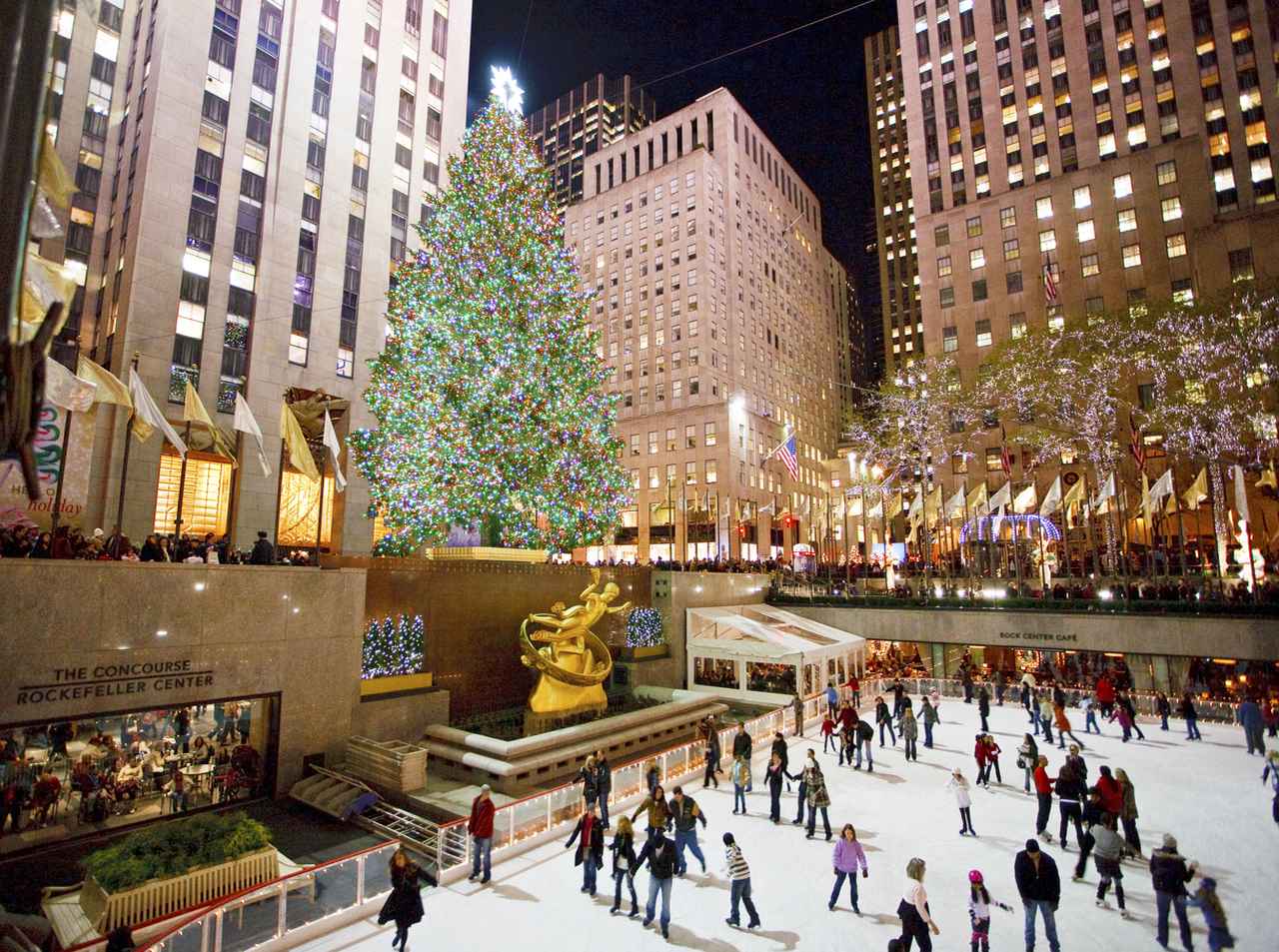 The Tree at Rockefeller Center c.  Will Steacy

For more than eight decades, the world-famous tree at the Rockefeller Center has been responsible for lighting up the Rockefeller Plaza and bringing the festive feeling to Midtown Manhattan. 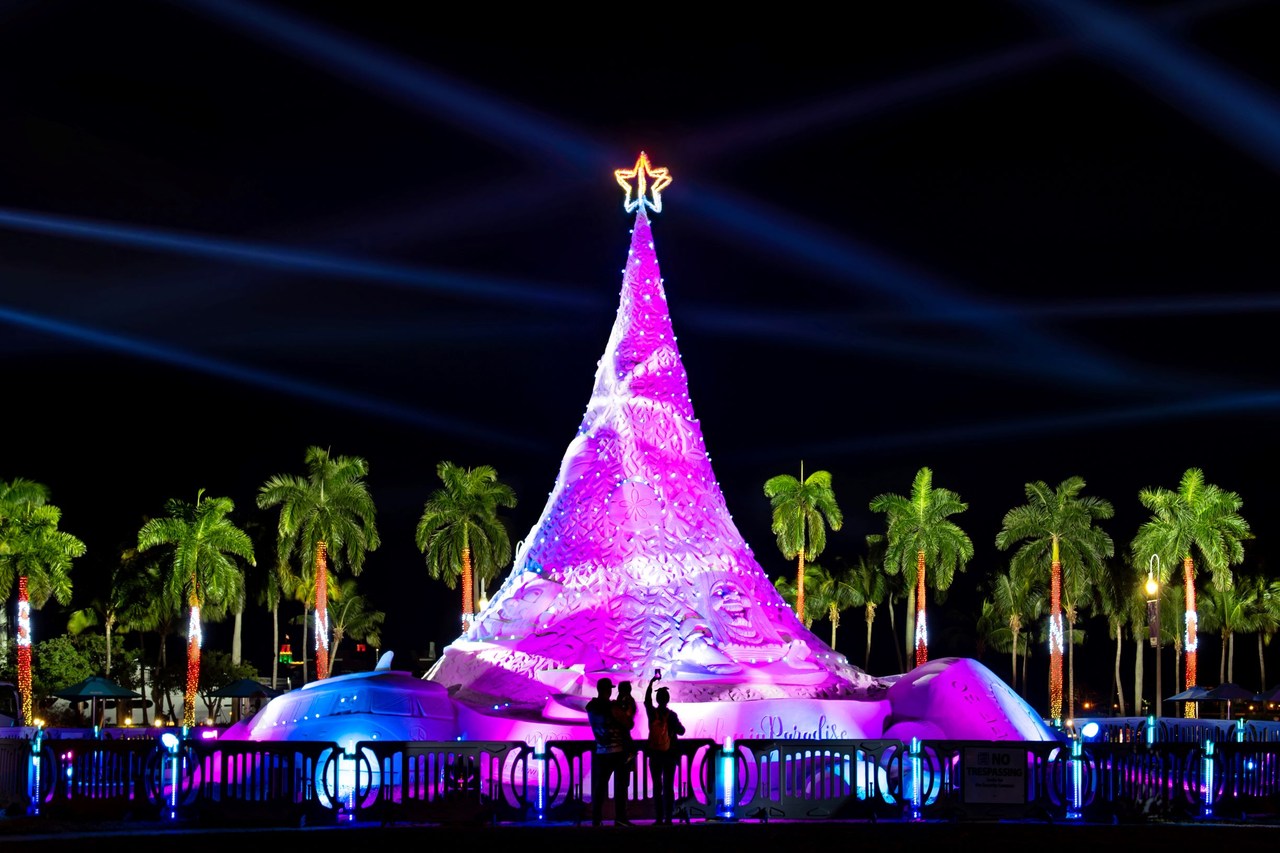 Throughout December, Sandi comes alive each night from 6pm to 10pm to perform an impressive synchronized light and music show with the newly re-designed Centennial Fountain, where water ‘dances’ to the music. For the first time, Sandi will also be accompanied by a cast of supporting characters from over the years, including her dog, Duke, Merry the Mermaid and Hope the Flamingo. www.thepalmbeaches.com

Québec City is the only fortified city north of Mexico and one of the oldest cities in North America. Visitors to its Old Québec quarter, listed as a UNESCO Heritage Site, will feel as though they’ve stepped straight into Santa’s North Pole village. Cobbled streets, German market stalls and beautiful 17th- and 18th-century buildings are adorned with festive lights and covered in a light blanket of snow in this winter wonderland. Each year a traditional Christmas tree takes centre stage in the Place Royale square. www.bonjourquebec.com/quebec