The three-mile Leipzig Music Trail follows the footsteps of the many famous musicians including Bach, Mendelssohn, and Wagner, who’ve left their mark on the city. 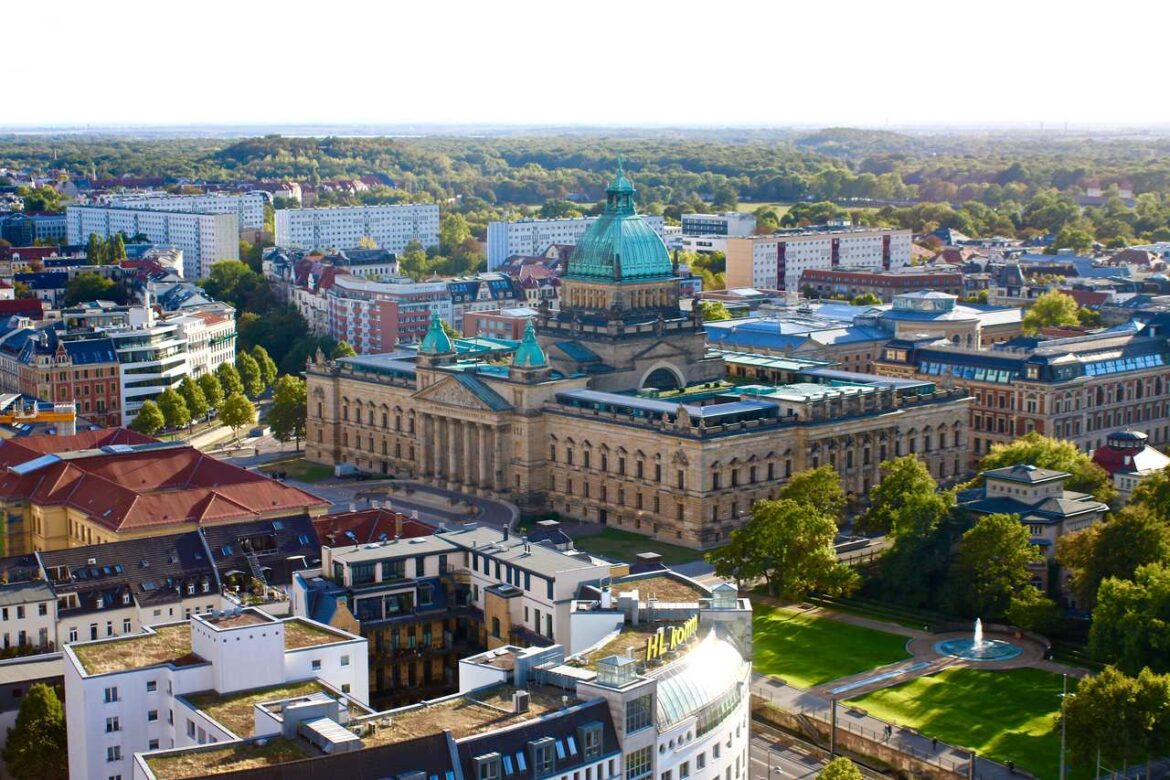 In the last few years, Leipzig has undergone something of a rebirth, despite being substantially destroyed during WW2, and then undergoing a long period of austerity under the communists. Where possible, ruins have been rebuilt and, in the gaps, new buildings blend harmoniously with the historic.

Even the massive Augustusplatz, from the GDR era, the Oper Leipzig opera house facing the glass-walled Neues Gewandhaus concert hall, has a new lease of life. 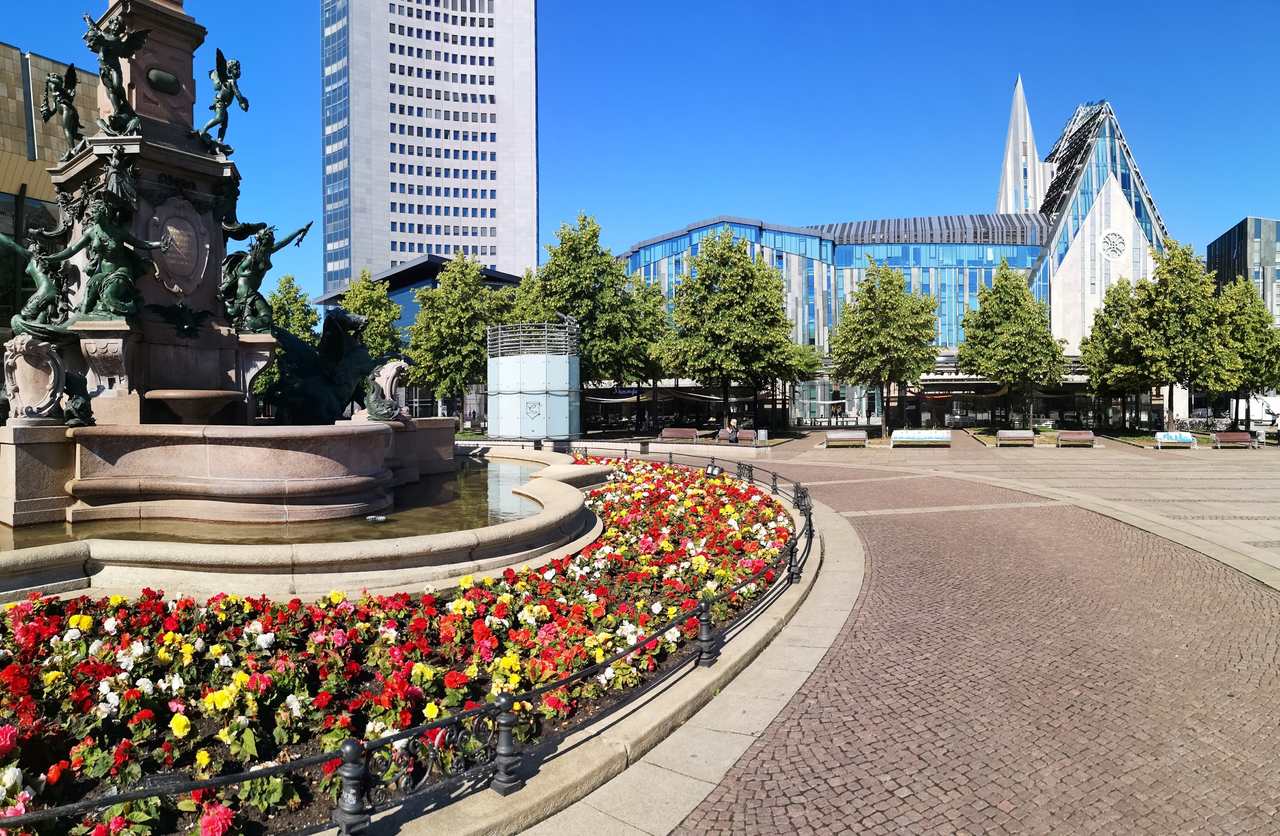 The city has been a trading hub since the 12th century, when it was granted market privileges, perfectly placed at the crossroads between east and west. Merchants, mainly fur traders came here from Russia and Poland to sell and show their wares. Elaborate arcades, courtyards and showrooms were constructed for temporary exhibitions and, despite being badly damaged in WW2, many still exist.

The most famous arcade is the 1914 Mädler Passage, a mix of neo-Renaissance and art nouveau, which incorporated older buildings notably Auerbach’s Keller. This restaurant featured in Goethe’s Faust – the famous writer studied law at the university here between1765 to 1768 and nicknamed the city “Little Paris. 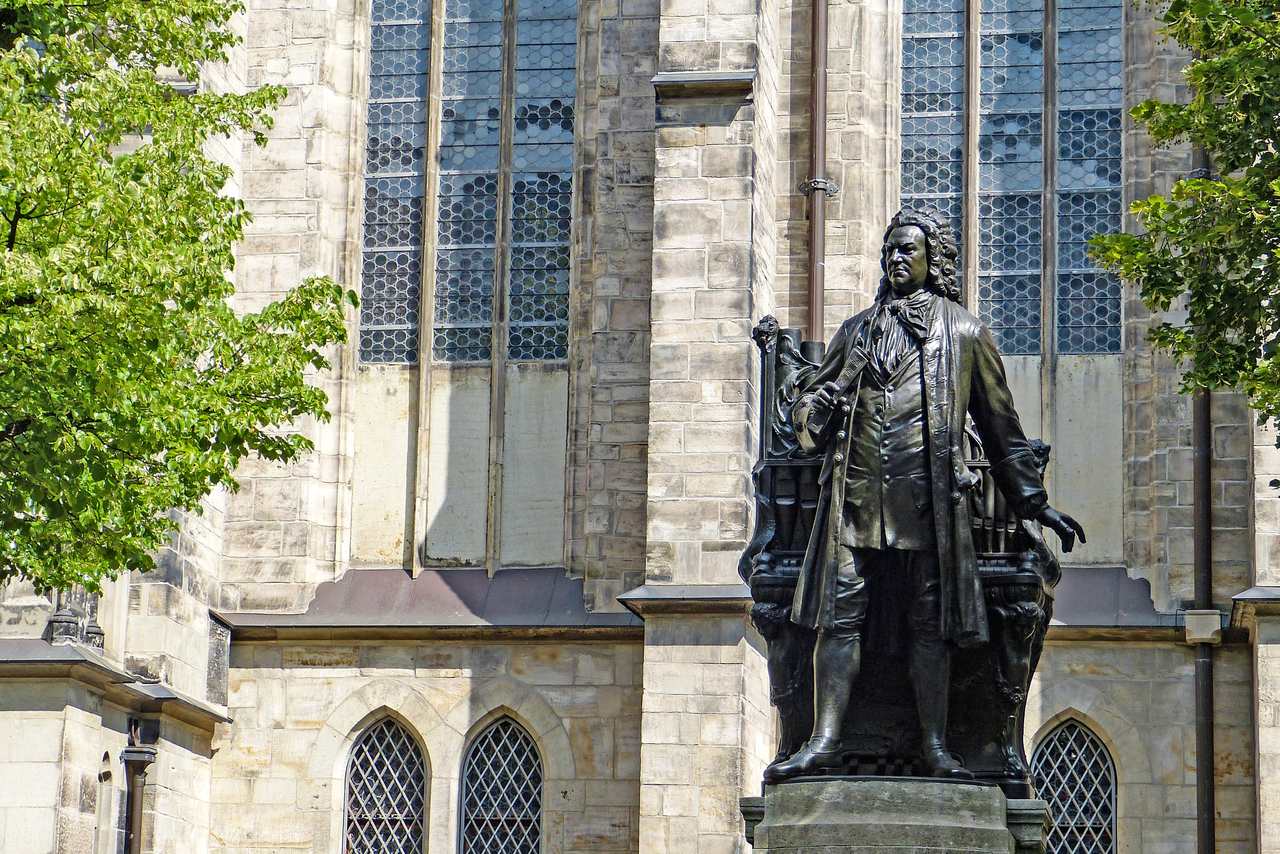 Appointed as Cantor to the Thomasschule in 1723, Bach spent 27 years providing music for four churches in the city including the Thomaskirche and Nikolaikirche.  Part of the job was instructing the students in singing and the Thomanerchor, founded in 1212, with young boys drawn from the surrounding area, already had a strong reputation. 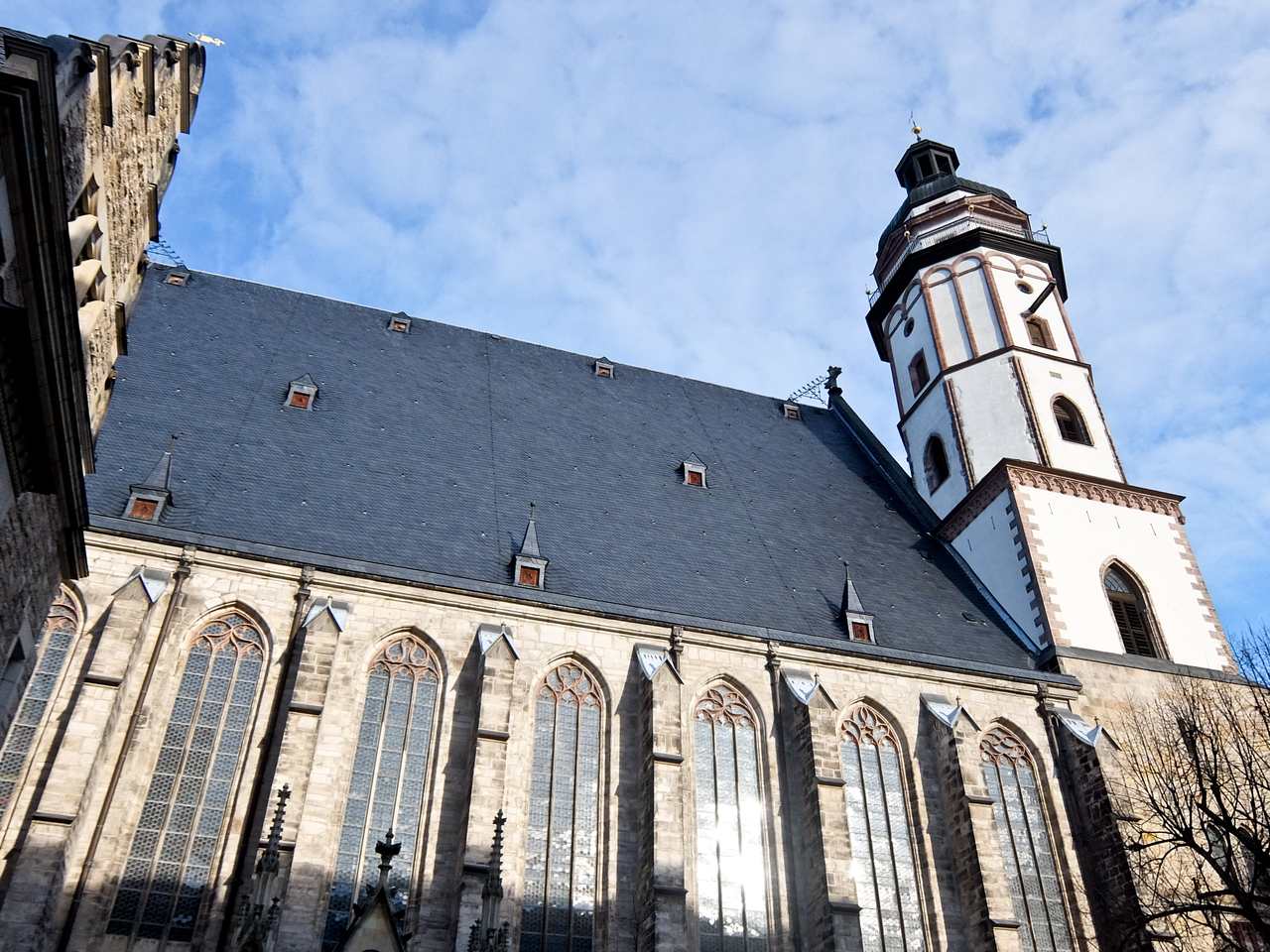 In Bach’s time, the choir consisted of about 50 singers, of which the best 16 were used for the performance of his cantatas. Nowadays it numbers 100, with boys aged eight to 18, and you can hear them for a tiny charge every Friday and Saturday inside the Thomaskirche. Outside is an imposing bronze sculpture of the composer paid for by Mendelssohn.

Opposite, is the Bach Museum containing original manuscripts and personal items, including the console of an organ inspected and approved by Bach himself in 1743, a casket containing relics from Bach’s tomb, and a recently discovered travel trunk.

Interactivity is a feature and you get the chance of arranging a Bach chorale or guessing the date of one of the manuscripts. You can also listen to everything he ever wrote, at the push of a button, or acquaint yourself with the sound of individual baroque instruments

Felix Mendelssohn was born in Hamburg but came to Leipzig in 1835 to become music director of the Leipzig Gewandhaus Orchestra and worked with the opera house, the Thomanerchor and the city’s other choral and musical institutions. In 1843, he founded the Leipzig Conservatory and the city soon became the music capital of Germany. He died tragically young at 38, not long after his sister Fanny passed away.

The house where he spent the final years of his life is now a museum dedicated to the two of them and the rooms upstairs, where the Mendelssohn family lived from 1845, is furnished in authentic late Biedermeier style. There’s also a small concert hall here which has performances every Sunday morning.

Another famous son of the city is Richard Wagner who was born here in 1813 and studied at the Thomasschule. His music was first performed in the city when he was just 17 years old. He famously submitted his first symphony to Mendelssohn, who was so impressed he promptly lost it, much to Wagner’s disappointment.  An exhibition in the basement of the Alte Nikolaischule details his time in the city from 1813 to 1834. 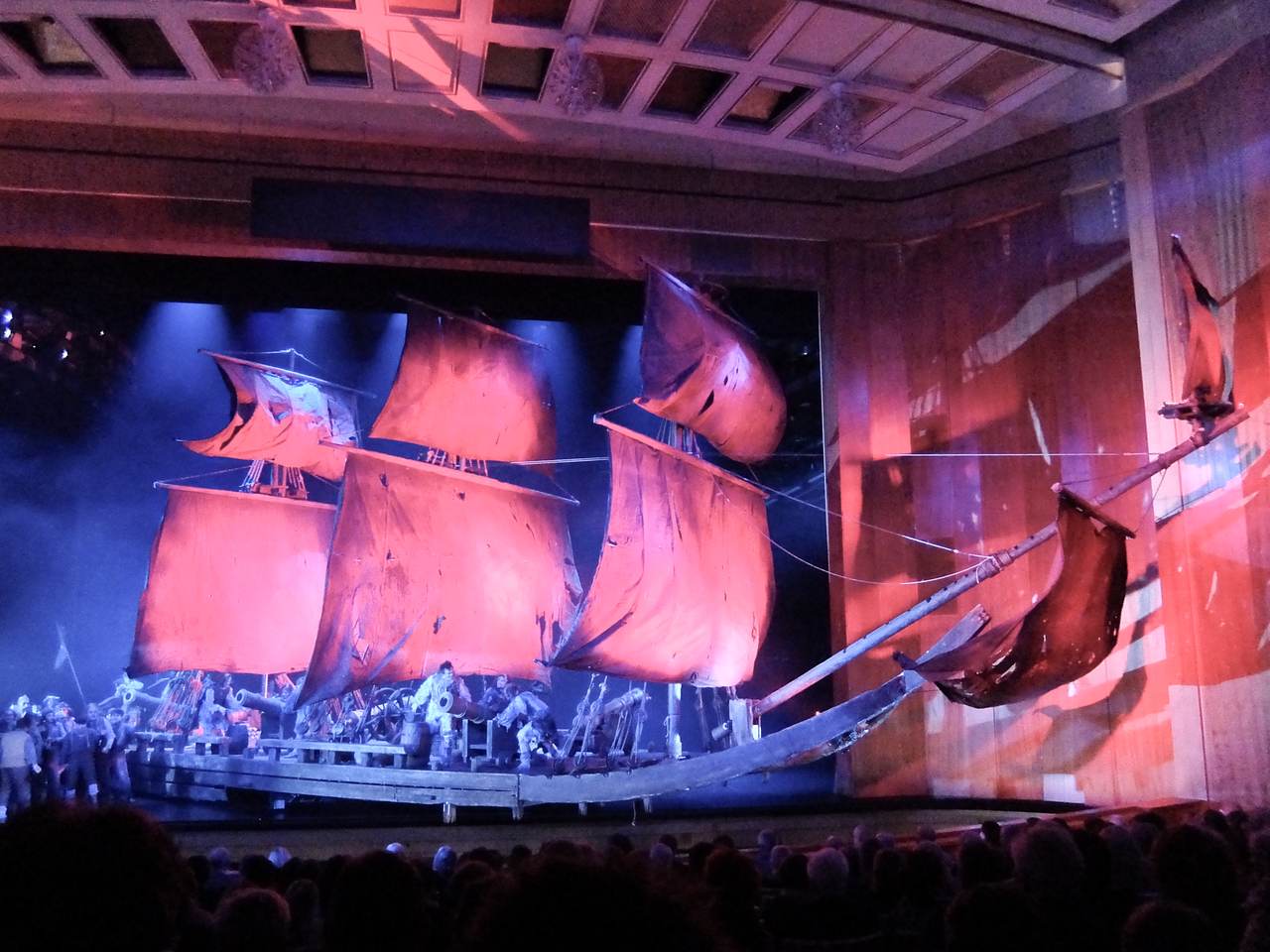 I’m lucky enough to get seats at the Opera for a performance of The Flying Dutchman, complete with full size three-masted ghostly schooner. The original opera house was destroyed during the war by RAF bombs just after a performance of Wagner’s Valkyrie. It was rebuilt in 1960, an example of functional Communist architecture, but it’s comfortable enough inside and has the largest stage in Germany.  Best of all, the acoustics are impressive, and the Gewandhausorchester and singers are impeccable.

INFORMATION:  Leipzig Travel has information about the city.

Next summer Wagner 22 will see performances of all 13 of his operas over three weeks.

Oper Leipzig has details of performances at the Opera.

STAY: The Hyperion Hotel makes a comfortable base right next to the station.

EAT: The Panorama Tower has food with a view from the 29th floor.

Auerbachs Keller is the oldest restaurant in the city and serves traditional German fayre.

Restaurant Weinstock is in the old marketplace and has tasting menus.

Hans im Glück is good for burgers in Augustusplatz.

Top 10 things to see and do in Valletta, Malta